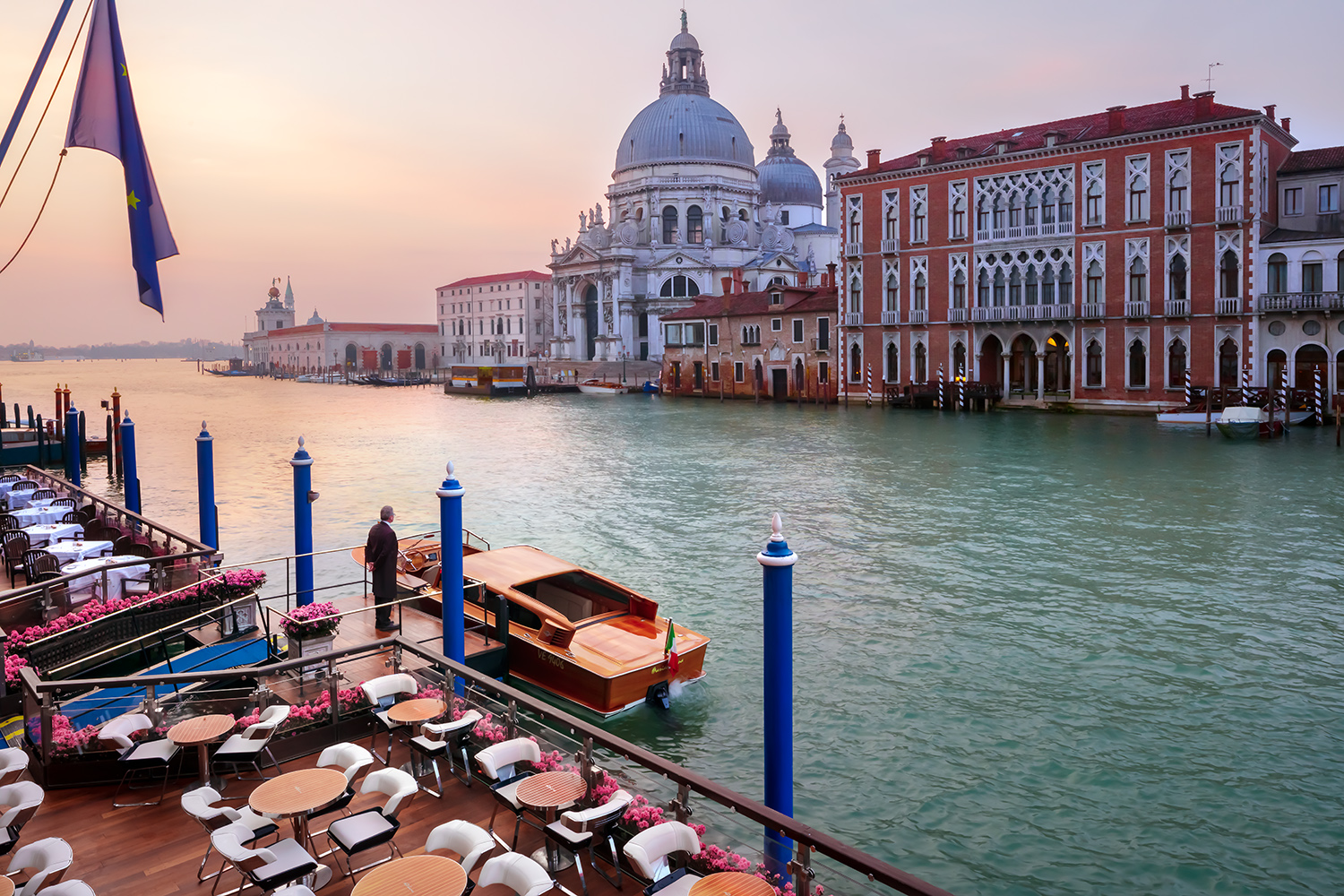 5 Extraordinary, Art-Filled Hotels to Book During the Venice Biennale

Through November 27, the 52nd Venice Biennale has transformed the floating lagoon city into an art-filled wonderland. Curated by Cecilia Alemani, who is also the director of the High Line in New York, the sprawling exhibition is themed “The Milk of Dreams,” which is a reference to the 1950s children’s book by Surrealist artist Leonora Carrington. “Carrington’s stories describe a world set free, brimming with possibilities,” Alemani said in a statement. Despite the dire circumstances much of the world is currently facing, Alemani created an optimistic, hope-filled show “which celebrates art and its capacity to create alternative cosmologies and new conditions of existence.”

While the main event takes place at the Giardini, which hosts the historic national pavilions, and the Arsenale, the city’s former naval shipyards, the entire city is bursting at the seams with satellite shows and collateral events. Over the next few months, Venice’s maze of bridges, canals, and alleys will lead visitors to stunning palazzos at almost every turn.

After spending the day soaking it all in, these unique accommodations provide not only a place to settle in with a spritz and find respite from the crowds, but incredible art and design elements worthy of any museum.

Whether you are in town for a mere 24 hours or a full week, Galerie has rounded up the most spectacular hotels perfectly suited for art lovers. 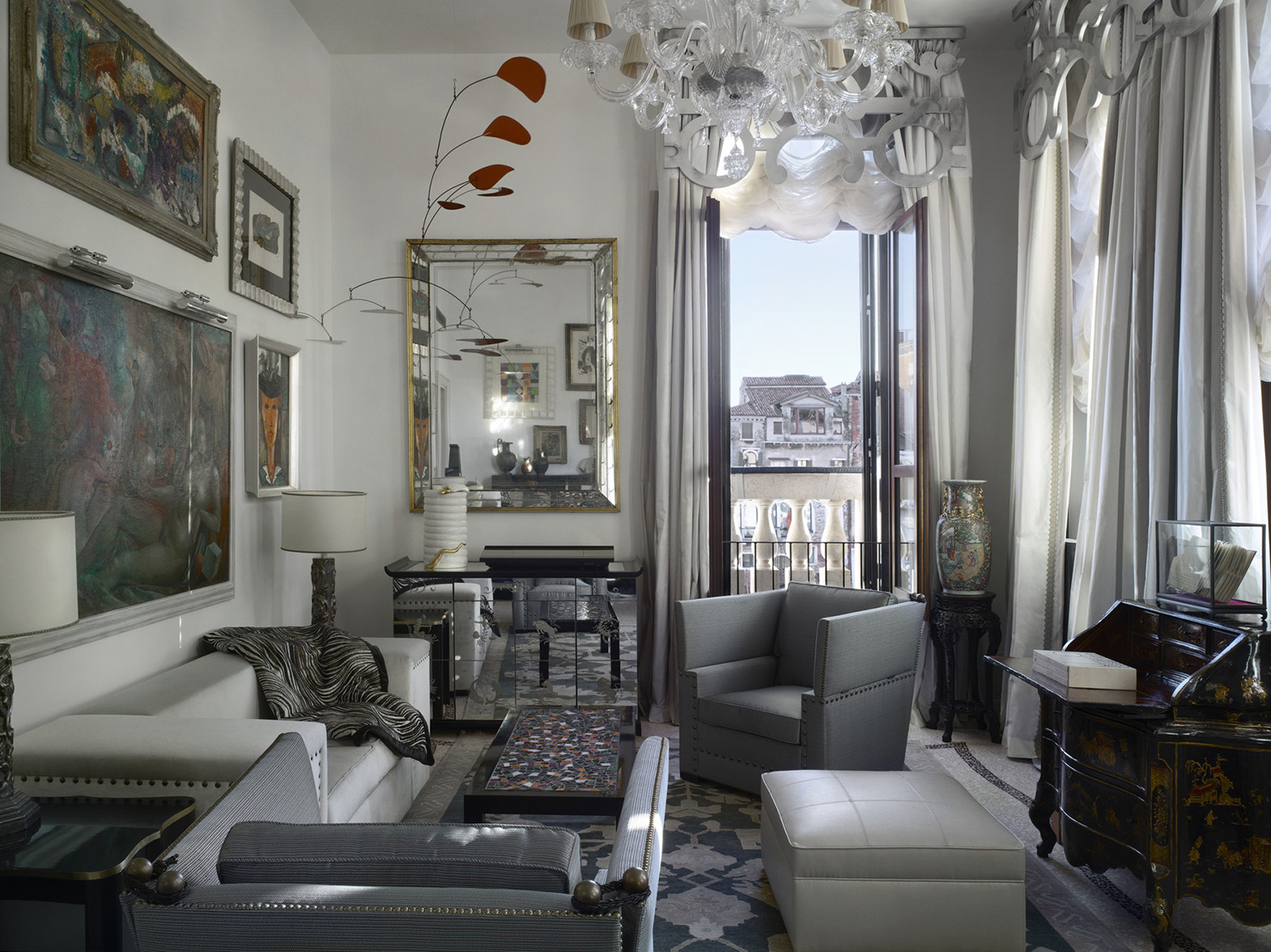 The grandest dame on Venice’s picturesque Grand Canal, the legendary Gritti Palace has long been one of the most iconic properties in Italy, luring travelers from across the globe who seek the romance and magic of Venice. Its history dates back to 1475, when the noble Pisani family, who resided in the Gritti Palace, turned the edifice into its current Gothic shape. In 1525, the building became the private residence of the Doge of Venice, Andrea Gritti, and in the centuries that followed, it became home to a host of other noble families. Transformed into a hotel in the 19th century, the property still features many of its original works of art. Returned to its former glory in 2013 thanks to a meticulous $35 million renovation, the interiors were revamped by Donghia Associates, which is part of the famed Rubell Venetian textile house. The 61 rooms and 21 suites are brimming with traditional Venetian design elements—think rich embodied wall tapestries, velvets, one-of-a-kind period furnishings, handcrafted Girandole mirrors, and Murano glass a plenty.

Tip: Opt for the so-called Peggy Guggenheim Suite, which, according to the general manager Paolo Lorenzoni, is one of the most sought after rooms.The expansive, light-filled corner space boasts a direct view across the canal of the Peggy Guggenheim Museum, which houses her famed collection of 20th-century art, ranging from Cubism and Surrealism to Abstract Expressionism. In a nod to Guggenheim’s modern style and eclectic flair, the suite includes a handful of furnishings were modeled after that found in the museum. More contemporary than the rest of the hotel, with its abstract paintings, bookcase brimming with modern art tomes, and a bathroom entirely clad in a painterly green-and-white Carrara marble, the Gritti’s Peggy Guggenheim Suite is the ultimate stay for art lovers. 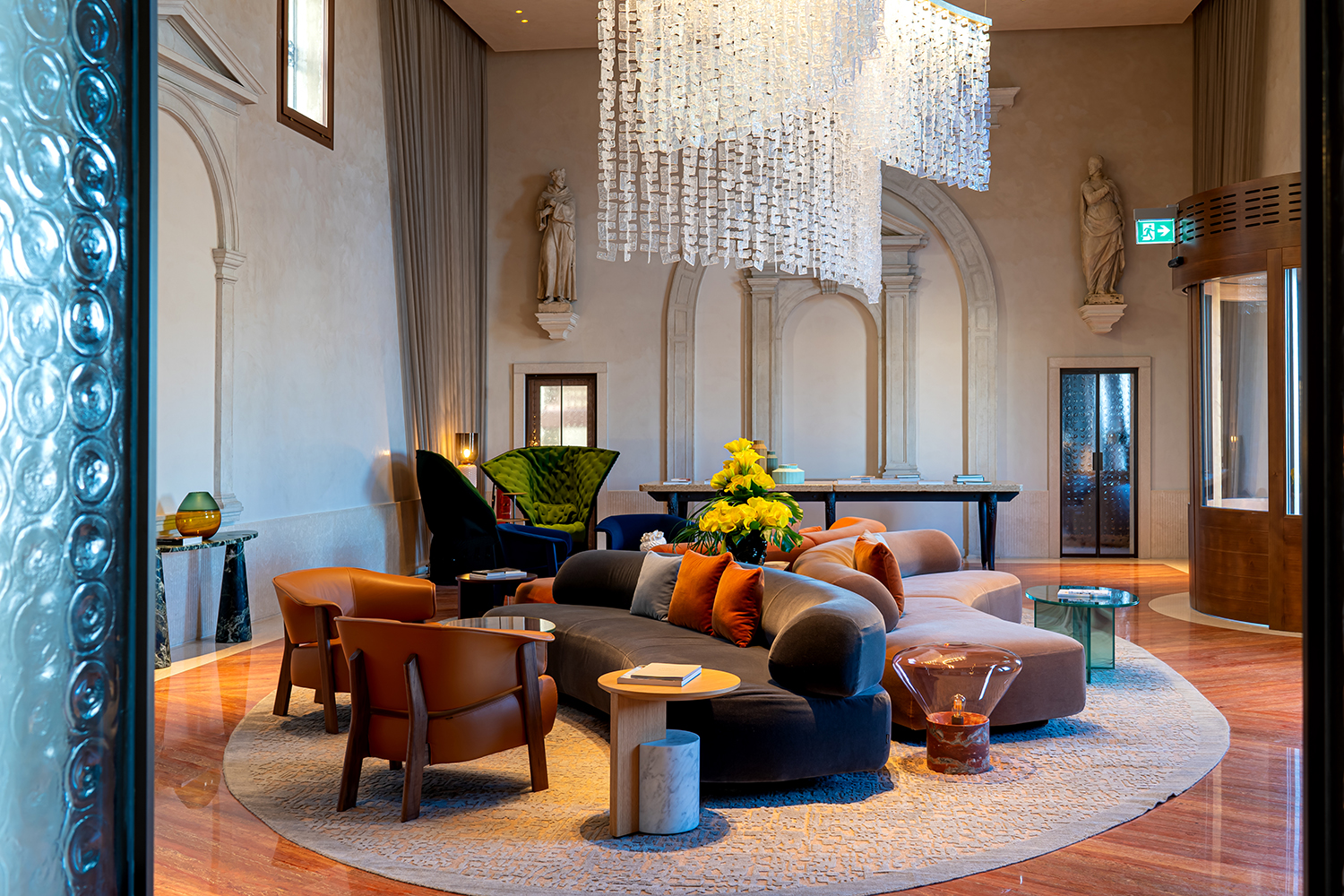 The latest edition to the Serenissima is the Ca’ di Dio, a refined and elegant 66-key hotel conceived by Patricia Urquiola, the Spanish-born, Italy-based interior designer. Located off the beaten track, along the Riva degli Schiavoni (which is conveniently near the Arsenale), the hotel has just recently reopened after a major restoration and redevelopment project. While there are sections of the hotel that date back to ancient times, there is nothing old fashioned about this stunning property, which is a contemporary take on a traditional Venetian home. In the grand entrance lobby, visitors will be immediately impressed by the large-scale Murano glass chandelier that was commissioned by Urquiola herself, as well as a series of antique statues and porticos once housed in old churches. Away from the hustle and bustle of the city, especially during the busy summer months, there is a quiet sense of serenity throughout. All of the spacious rooms feature polished stone floors, exposed timber beams, upholstered panelling, Murano glass lamps, and a soothing palette of turquoise and green. Rare for Venice, the hotel also features a series of large garden courtyards shaded by Magnolia trees where guests can linger over breakfast and plan the day’s art activities.

Tip: Check in to one of the Altana suites, which boast a staircase to its own private roof terrace, and don’t miss out on the curated day trips to the nearby Murano island to learn the fascinating art of glass-blowing. 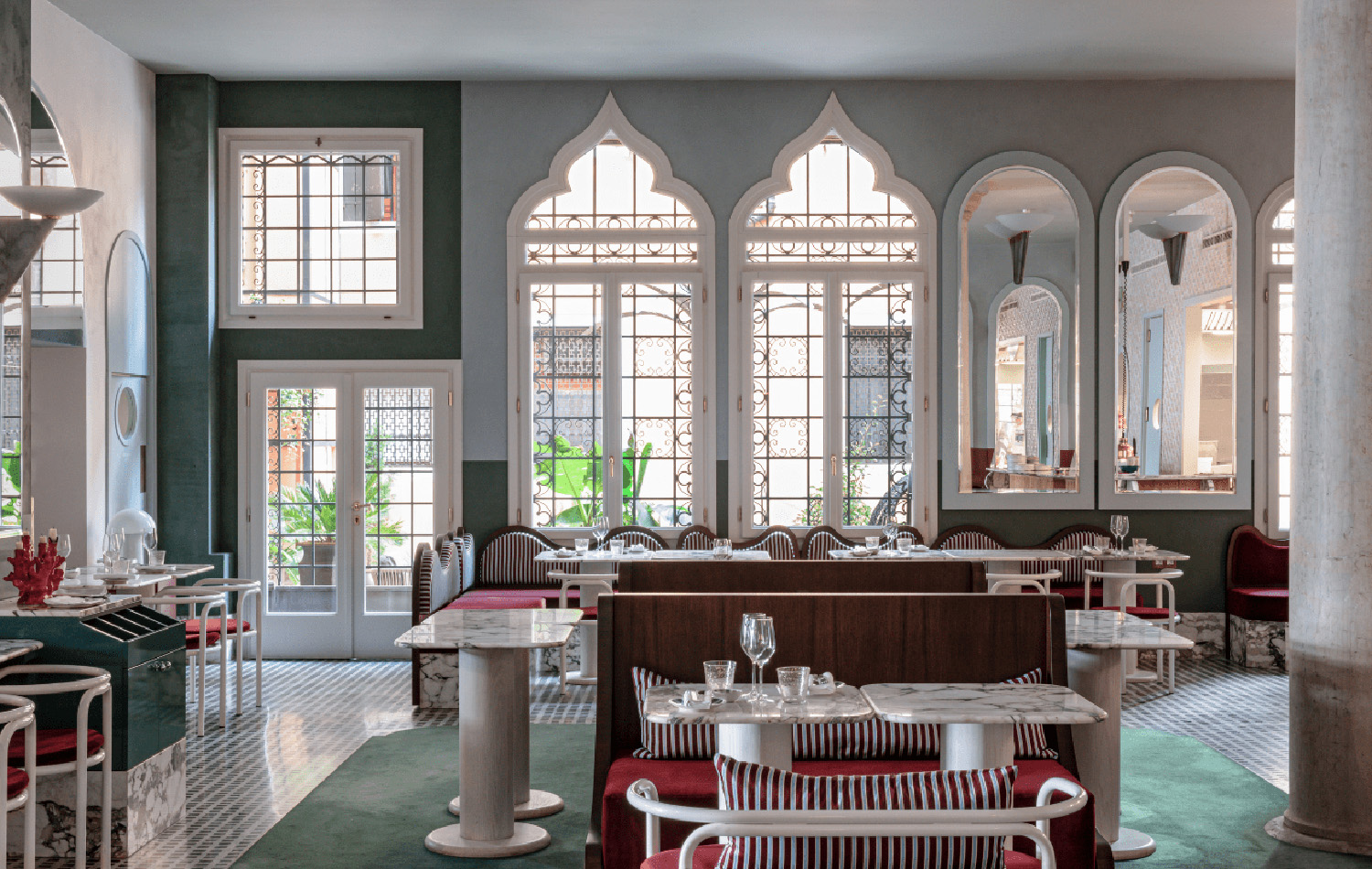 Set in a shipping company’s former headquarters on the sunny Zattere promenade, Il Palazzo Experimental is part of the Experimental Hotel Group, the French hospitality brand with a growing portfolio of restaurants, bars, and hotels around the world. The Venetian hotel features a design that heavily references by the city’s motifs and architectural details while staying true to a contemporary aesthetic. The Renaissance-era palazzo sat empty for many years and many of the original features, such as the doors to the rooms, have been preserved and updated with a fun, whimsical, maritime energy. It is the brainchild of Dorothée Meilichzon, who has added a seaside whimsy to the 32 rooms and suites. Terrazzo floors that pave the lobby nod to beloved local-born architect Carlo Scarpa, while sumptuous fabrics from Venetian brand Rubelli cover custom furniture in the rooms and retro-vibe cocktail bar, which was designed by Cristina Celestino.

Tip: Located in the artsy Dorsoduro neighborhood, don’t miss Anish Kapoor’s exhibition at the Accademia or the “Surrealism and Magic” show curated by Grazina Subelyte at the Peggy Guggenheim Collection, both just a short stroll away. 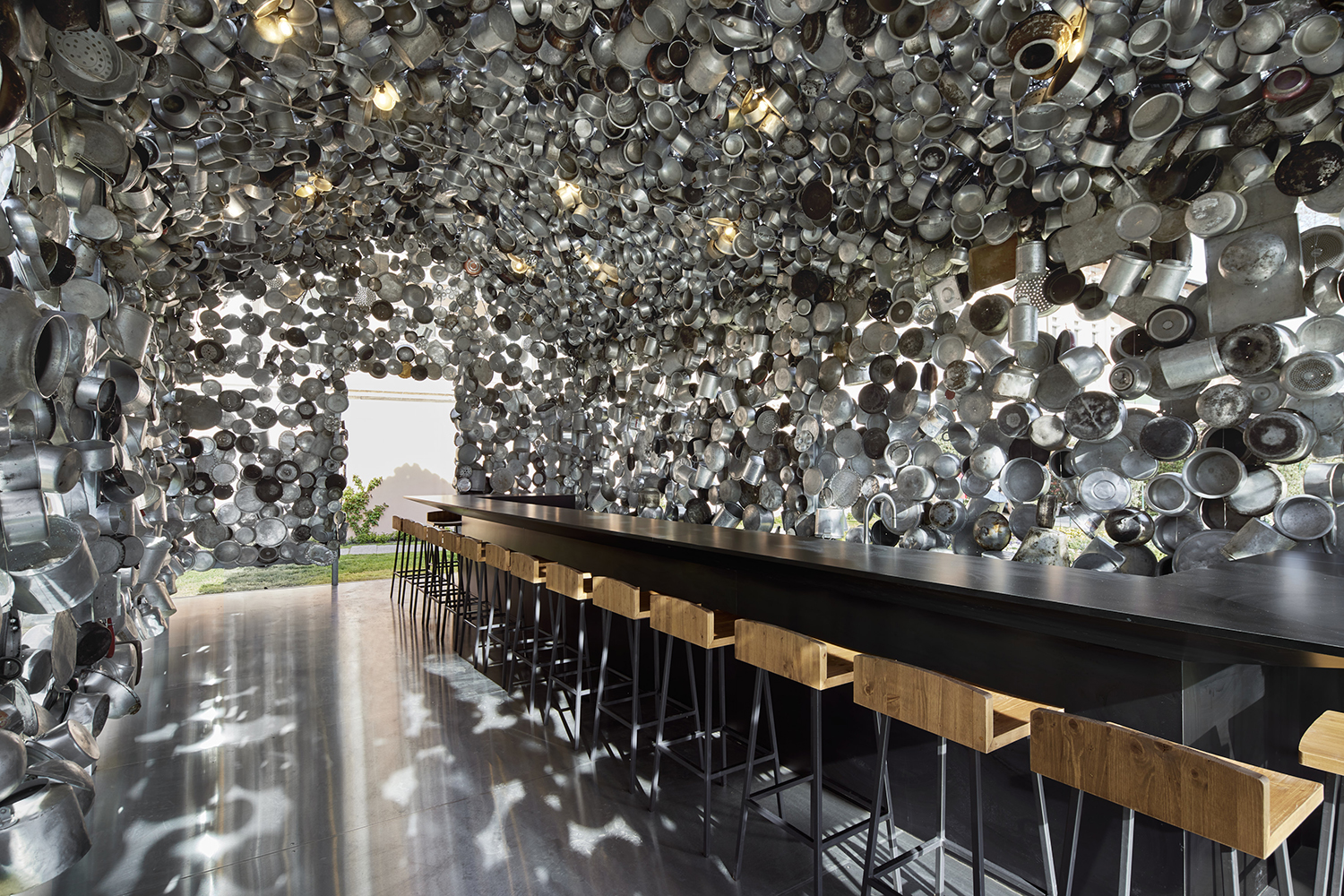 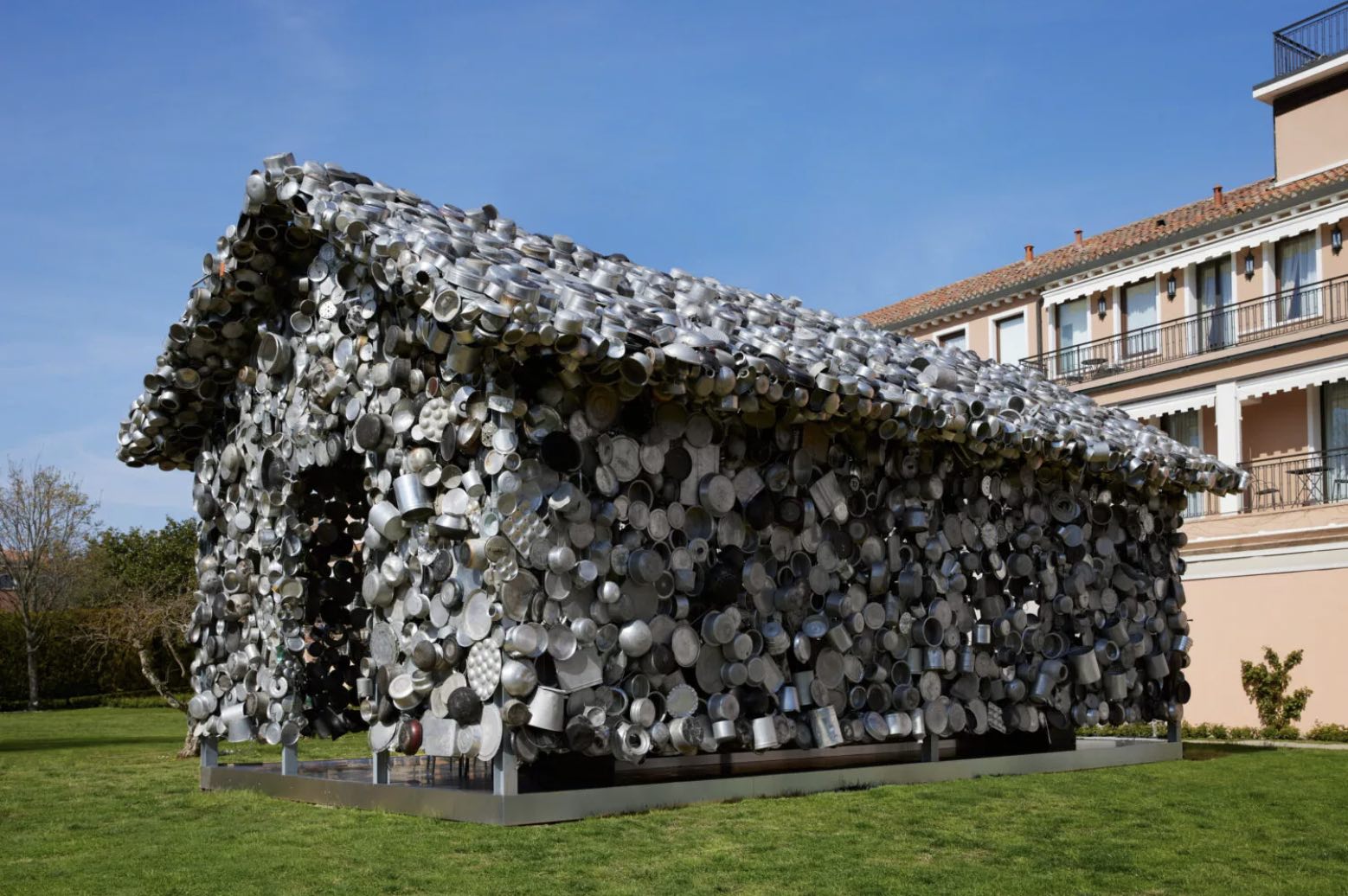 Subodh Gupta, "Cooking the World" in Venice. Photo: Courtesy of the Belmond Cipriani

Set on the beautiful island of the Giudecca, the 96-key Belmond Hotel Cipriani boasts views of the Venetian lagoon and faces back at San Marco. The breathtaking property is the very definition of luxurious perfection. Plus, the center of Venice is easily reached in five minutes thanks to the hotel’s complimentary private launch.

Tip: Belmond has debuted an exciting partnership with internationally acclaimed art gallery Galleria Continua. Make sure to pay a visit to Cipriani’s Casanova gardens during the Biennale, where the celebrated Indian artist Subodh Gupta’s monumental “Cooking the World” installation has transformed the space. 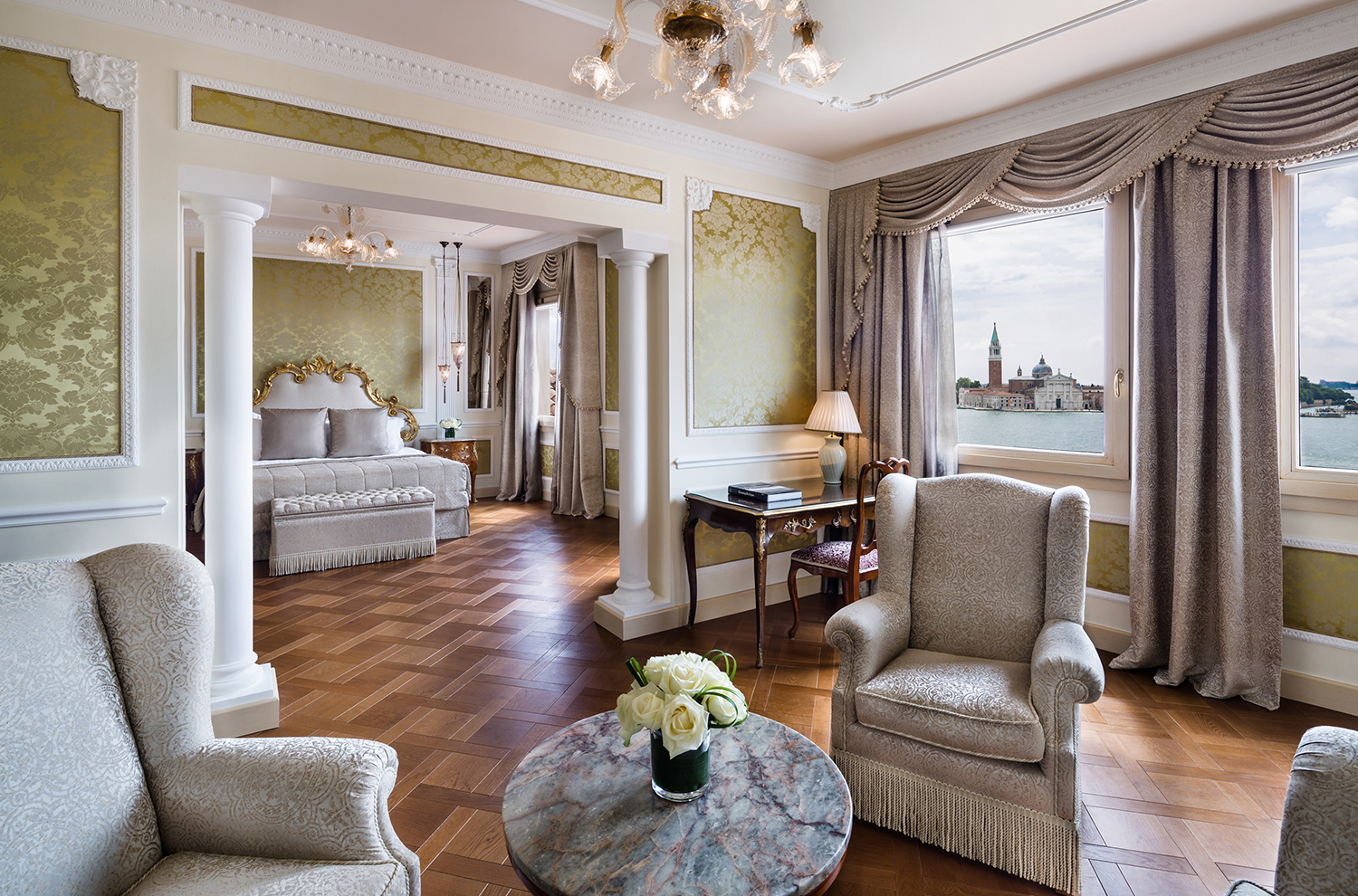 Dating back to the 12th century, the Baglioni Hotel Luna is the considered the oldest hotel in Venice, beginning its life as a church and playing host to the Knights Templar of the Crusades in 1118. By 16th century, the property was known as Locanda della Luna, or the Inn of the Moon. The destination has just reopened following an extensive property redesign, just in time for the summer reason. There is also a new restaurant, Canova Restaurant by Sadler, headed by the famed Michelin-starred chef Claudio Sadler, while the property’s common areas have been reimagined, including the entrance, lobby, reception and Canova Bar.

Tip: Don’t skip breakfast, which is served in the magnificent Marco Polo ballroom underneath frescoes by Giovanni Battista Tiepolo and his pupils that were created in the 18th century. Masterpieces by Italian renaissance painters adorn the entire pink and blue hued room.