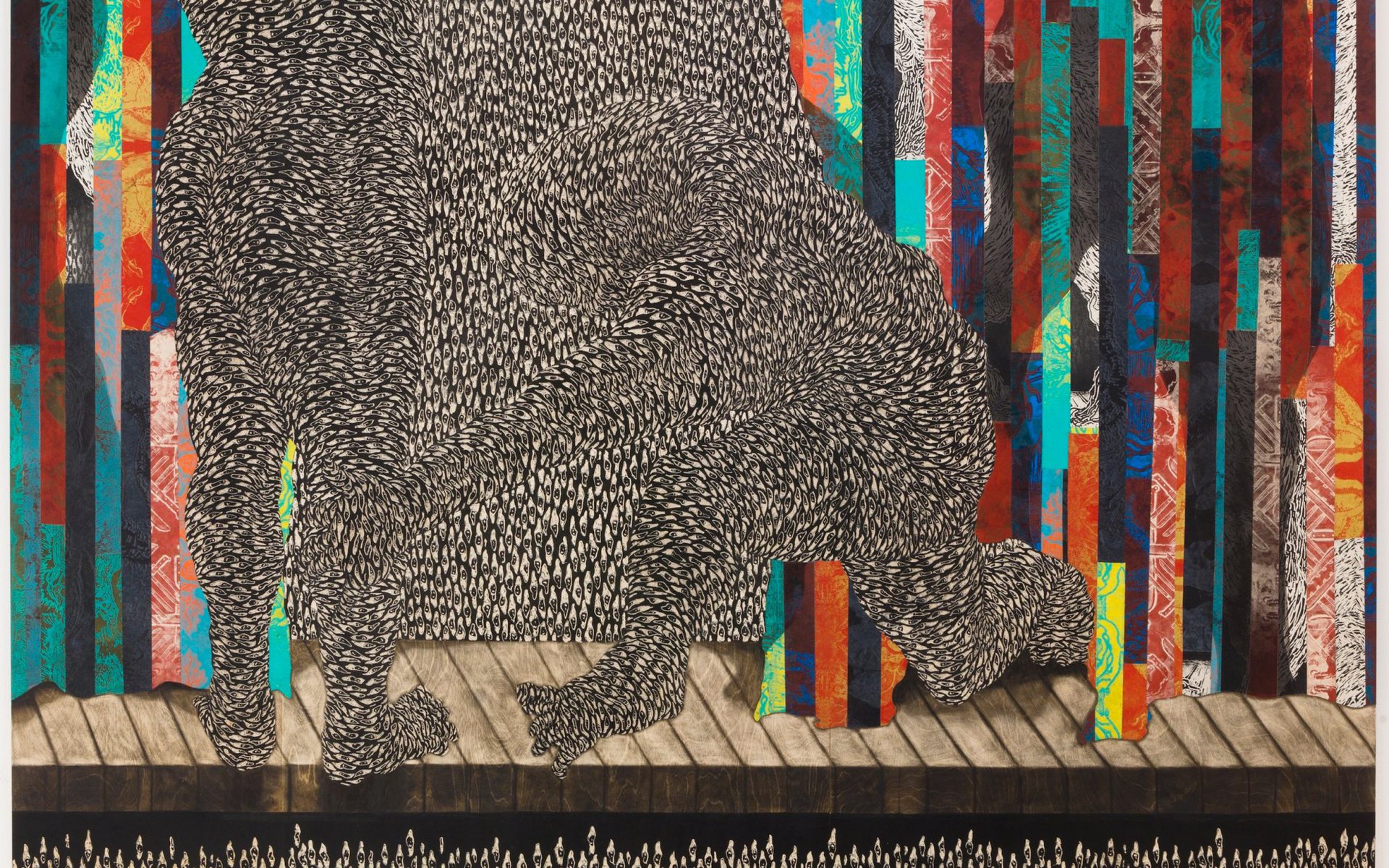 The art advisor, who is known for having an eye for new talent, shares her top picks

Elizabeth Margulies is known for having an eye for emerging talent. As the founder of Elizabeth Margulies Art Consulting, she helps shape the careers of both emerging and midcareer artists, whether they are with galleries or without representation, giving them unconventional opportunities with commercial projects or unique installations in public spaces. And she always has her ear to the ground. Here, Margulies shares with us, in her words and in no particular order, her picks for the top emerging visual artists of 2018. Federico de Francesco, Homage to Romanian Blouse I-2, 2016. Photo: Courtesy of the artist

1. Federico de Francesco
Federico de Francesco (b. 1979) is a painter from Calabria, Italy, living and working in New York City. De Francesco’s work plays within the painterly traditions of abstraction, yet primarily emphasizes freedom of expression through corporeal movement. Stemming from his background as a classically trained violinist, De Francesco’s color and drawing language moves in harmonies. The brushstrokes in his paintings record the sensory transformation of the heard and seen, creating environments where light and rhythm compose visual symphonies. The work’s dynamic jump between the senses lies in de Francesco’s ability to convey the time-based journey of a complete symphony in a single moment on a single canvas. Arcmanoro Niles, When We Played as Kids, 2016. Photo: Courtesy of the artist and Rachel Uffner Gallery

2. Arcmanoro Niles
Arcmanoro Niles (b. 1989) is a painter from Washington, D.C., living and working in Brooklyn, New York. Niles’s work revisits his childhood terrain, depicting portraits of a community he calls home. A rich orange hue floods each work, rendering his subjects—who are so intimately familiar to him—with a noble glow, further enhanced by the halo effect of glittered hair and beards. In his work, Niles provides the viewer with a tour of his hometown neighborhood—a place he refers to as occupying a “middle space,” a uniquely American in-between of poverty and middle class. Portraying the areas that he occupied for the majority of his life, Niles questions the power dynamics at play and the decisions being made within these domains. 3. Kadar Brock
Kadar Brock (b. 1980) is a contemporary abstract artist who lives and works in Brooklyn. Brock’s works are a result of a compilation of multiple compositions stacked on top of each other, then merged through the act of eradication. What results through the process is an abstraction that subtly gestures at the information beneath. Brock begins working by making an expressionistic painting on canvas. After drying, the painting is scraped with a razor, primed, sanded, and painted again. This cycle is repeated many times, abstracting each underpainting and transforming the work into a ghost or ruin. This approach to painting reconfigures and alters the painting-as-object, while the ritual of making and defacing questions the act of painting, grapples with the subject matter of the underpainting, and creates a contemplative object.

Recommended: Galerie and Elizabeth Margulies Host an Exclusive Event at the Margulies Collection at the Warehouse 4. Nicole Wittenberg
Nicole Wittenberg (b. 1979) is an experimental figurative painter originally from San Francisco, living and working in New York City. Starting each of her works from drawings of models in her studio, Wittenberg explores both erotic and personal themes through building and often repeating images from drawings, monotypes, and paintings. In her recent works, Wittenberg has extended her drawing practice to enlarge the scale of the mark and expand the energy of the image through black marks of wax and pigment applied with a broom. Each portrait is drawn in the studio, never posed or directed, as a means of retaining a sense of the spontaneity and immediacy, evoking a feeling of closeness and movement as the sitter naturally breathes and shifts their gaze. 5. Didier William
Didier William (b. 1983) is a painter and printmaker originally from Port-au-Prince, Haiti, living and working in Philadelphia. William combines carved, painted, collaged, and drawn surfaces, testing the limits of painting itself. His multilayered scenes draw on cultural and religious references, personal memories, and larger historical touch points. Over time, William has developed a distinct and ever-morphing visual language, pushing the boundaries of abstraction and readability in describing the body. In his newest series of works, figurative forms emerge from a dense network of eyes, dots, and patterned repetition. Motifs like the eyes and the stage appear as ploys for these indeterminate figures, prompting a reflection and obfuscation of the gaze, looking back. Filled with detail, they are also filled with shadows, intervals, and gaps.