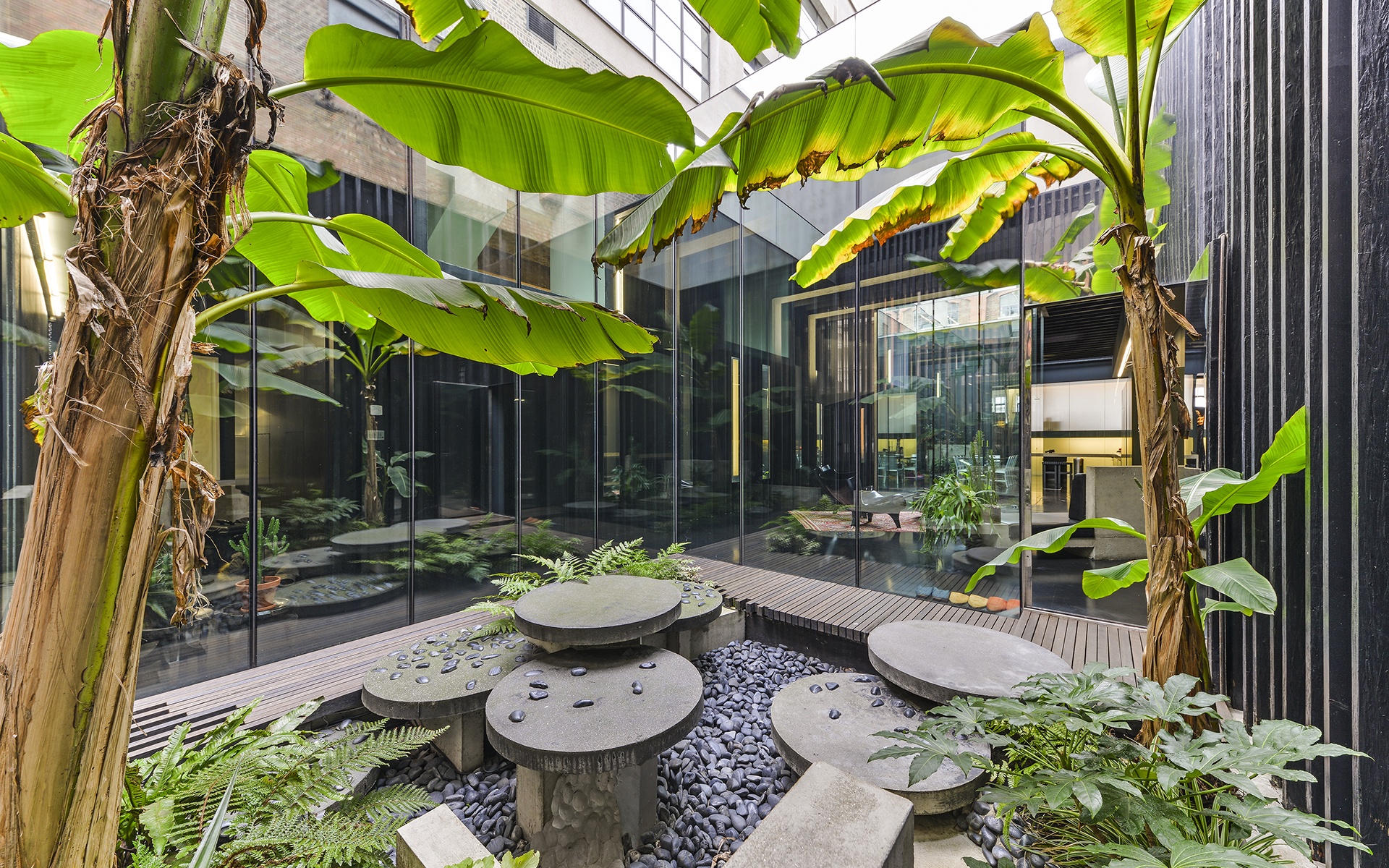 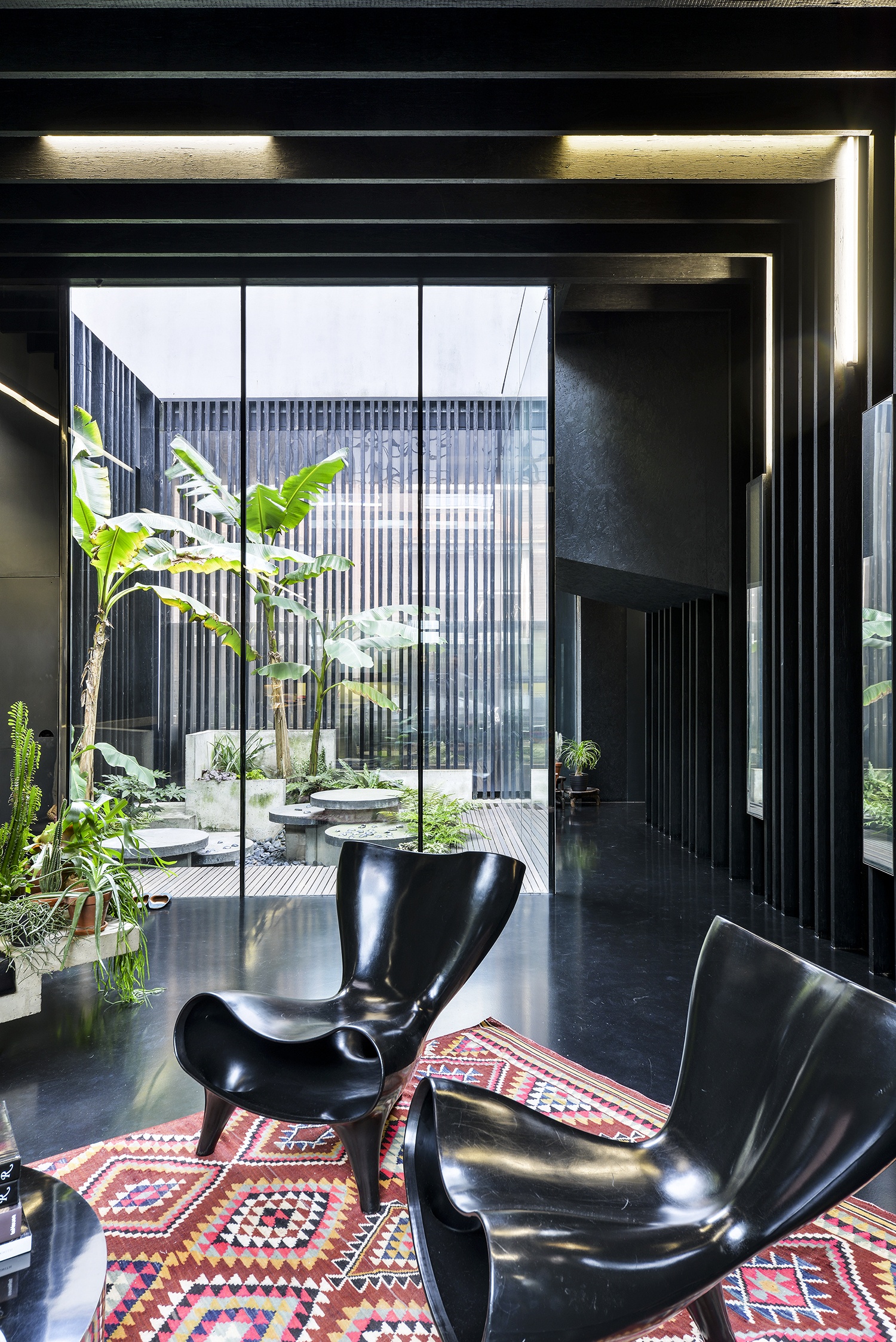 In 2004 Adjaye Associates founder David Adjaye created this minimalist three-bedroom bolt-hole, dubbed the “Lost House,” in London’s bustling King’s Cross neighborhood, home to one of the country’s main transit hubs. The British-Ghanian architect, who has since been knighted by Queen Elizabeth II, cleverly tackled the unassuming site—a dark former alleyway—by creating a trio of interior “light wells” that usher sunshine into the 4,000-square-foot residence, which remarkably features just one street-facing window. Two of these glass-walled courtyards are planted with tropical flora, while the third features an aquatic garden and goldfish pond.

To brighten the interiors even more, the Ruby City architect paradoxically employed shiny black resin to coat the floors of the vast main living area, a method that reflects light while creating a moody atmosphere. (Mirrored surfaces throughout further enhance the effect.) Each of the bedrooms, meanwhile, fully adheres to its own color scheme—faded seafoam or pale lavender, for instance. Providing an acidic punch is the sunken cinema room, which incorporates lime-green flooring, walls, and built-in furnishings.

Then there’s perhaps the most spectacular feature of all: a full-size lap pool hidden in the sleek main bath. It’s safe to say you’ll be the only one with such an amenity in all of London—and quite possibly well beyond.

The Lost House is listed with Guy Bradshaw of United Kingdom Sotheby’s International Realty. It is being co-listed with Modern House. See more photos below. 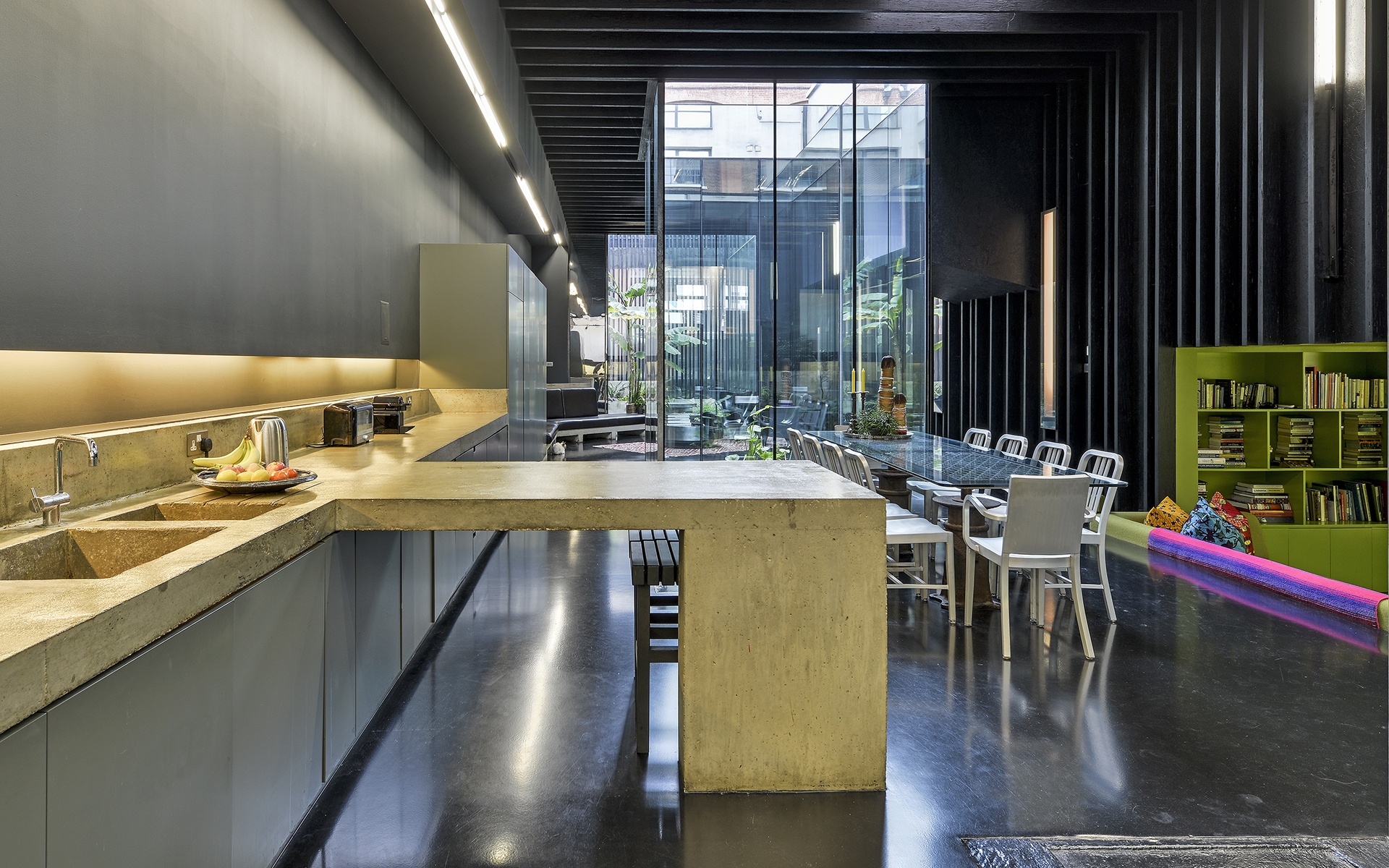 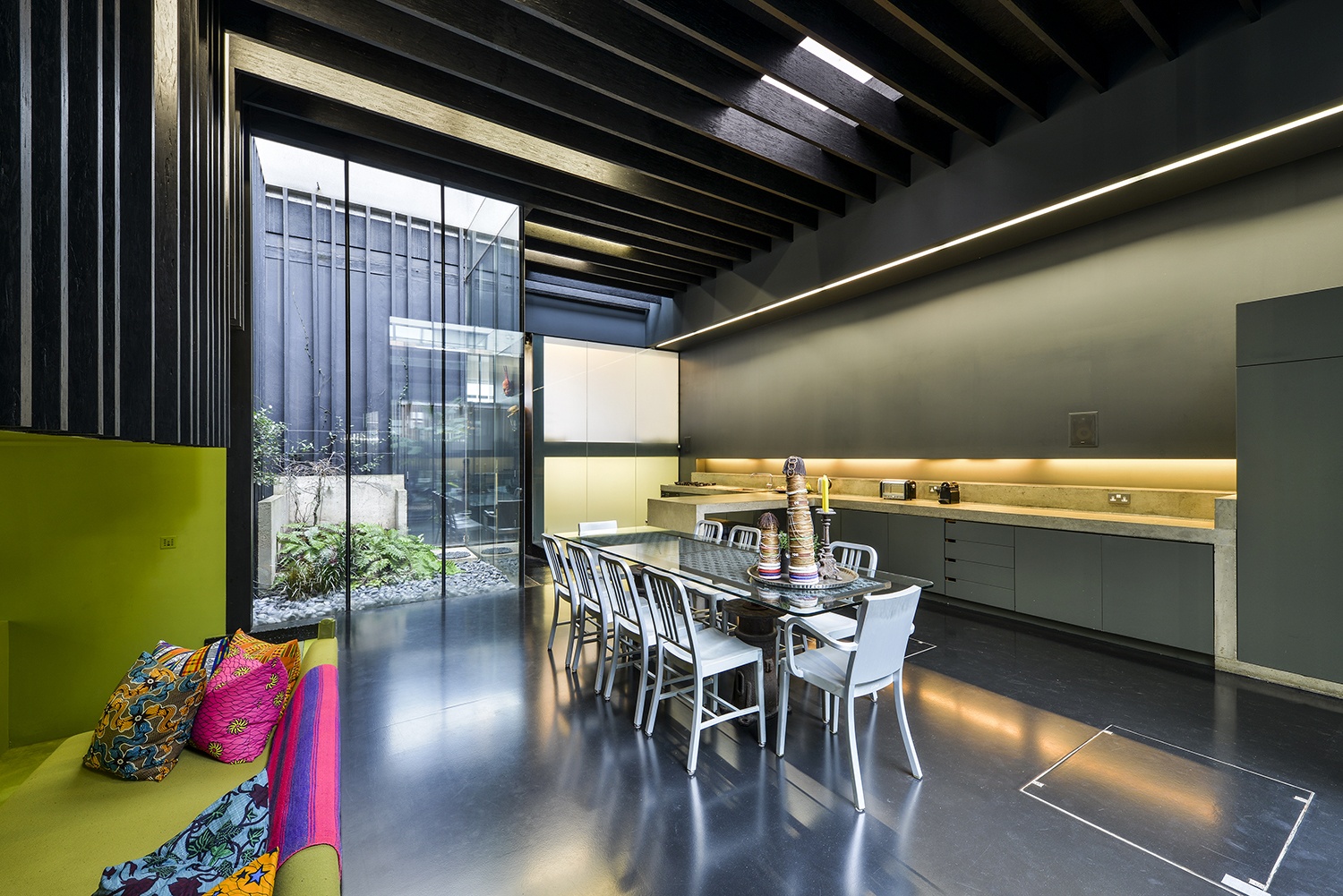 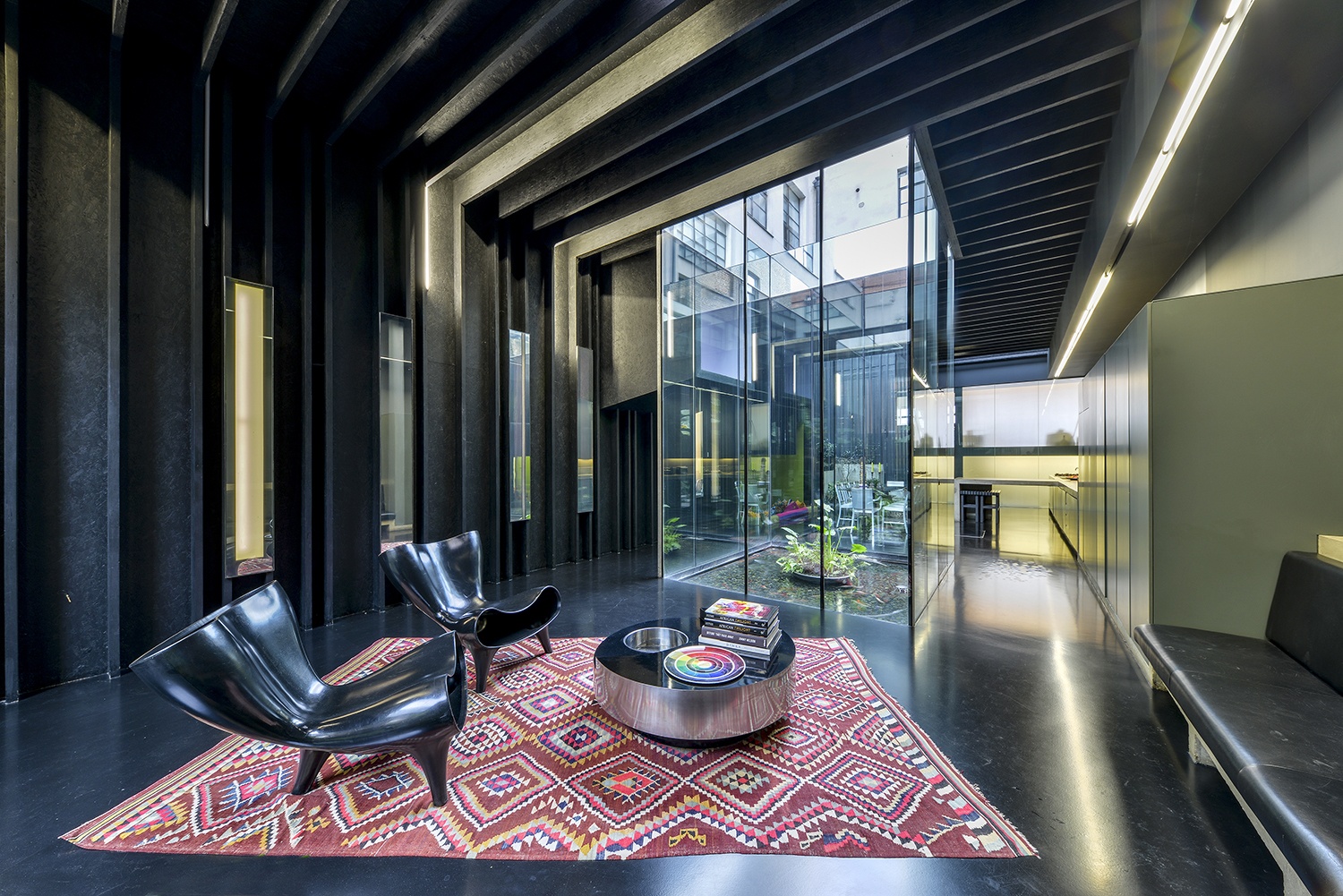 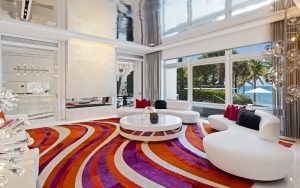 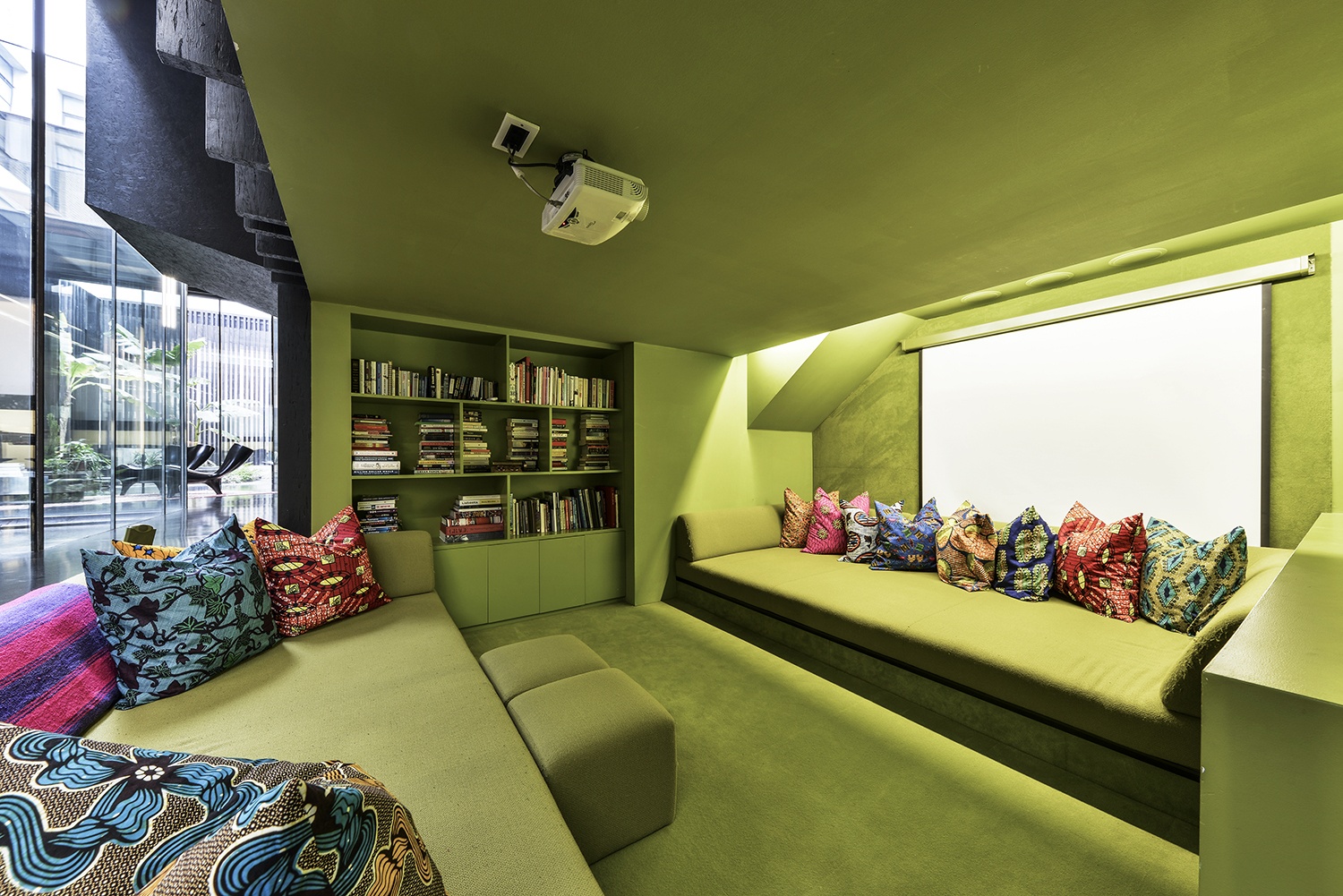 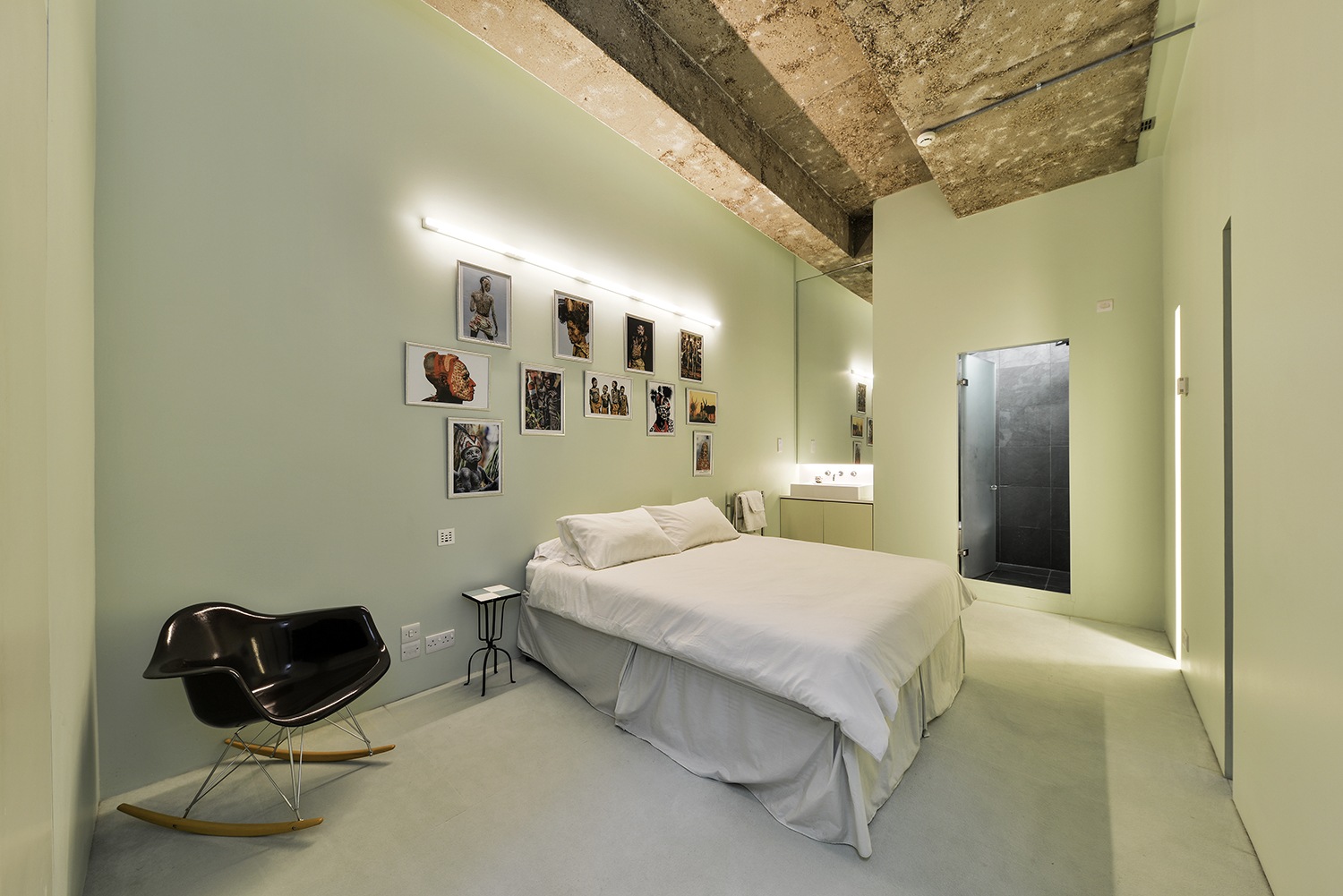 A seafoam palette in one of the bedrooms. Photo: United Kingdom Sotheby’s International Realty 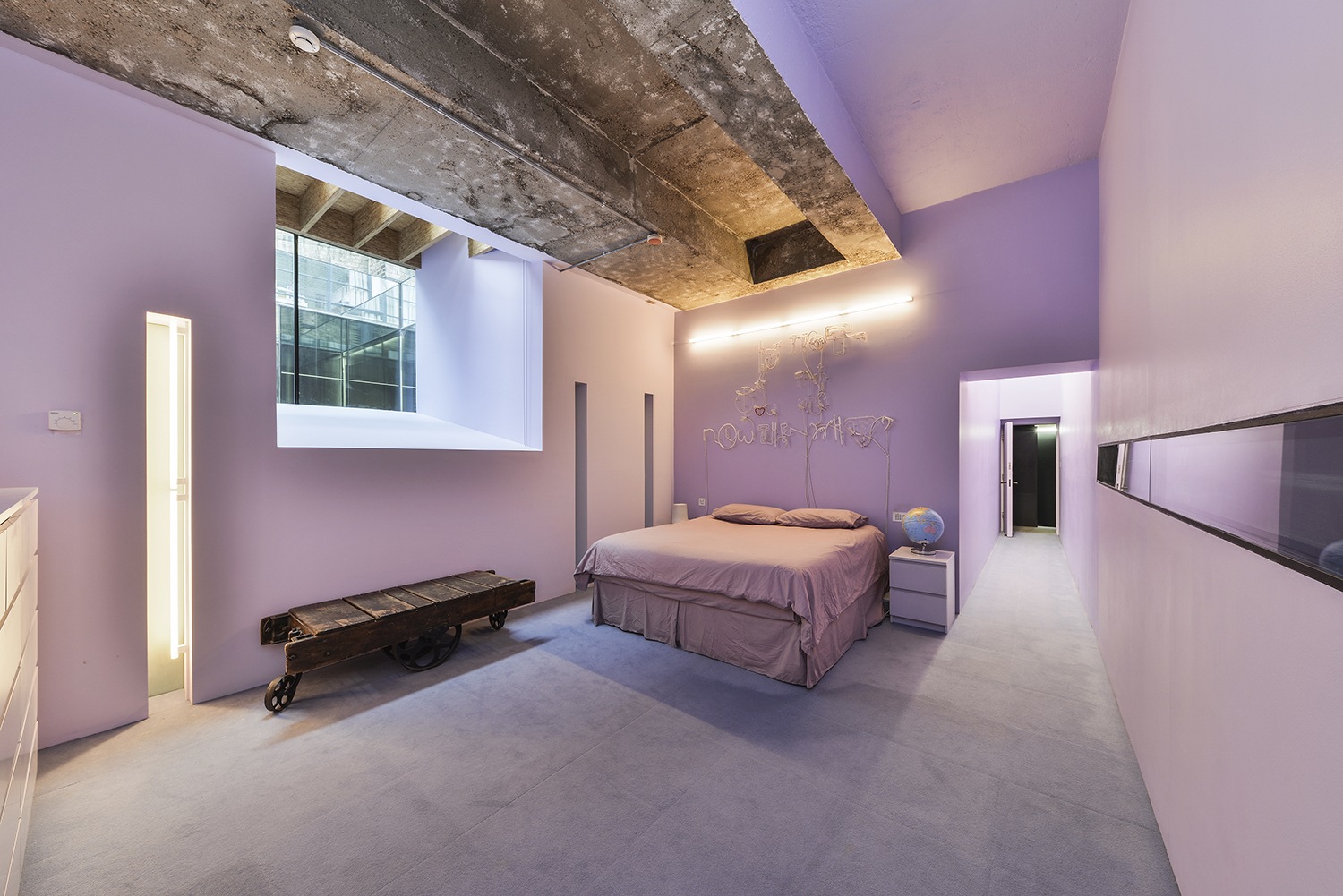 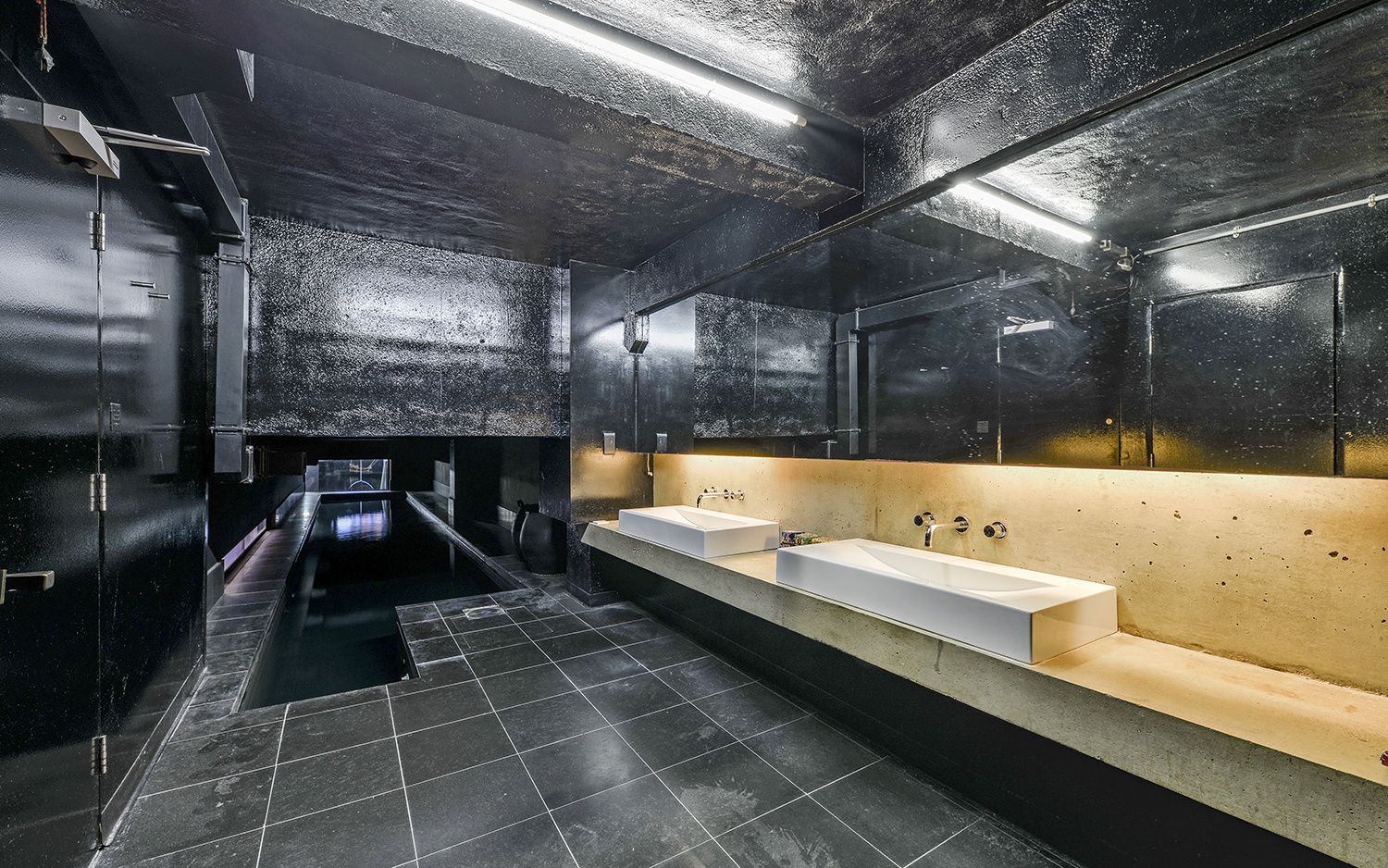