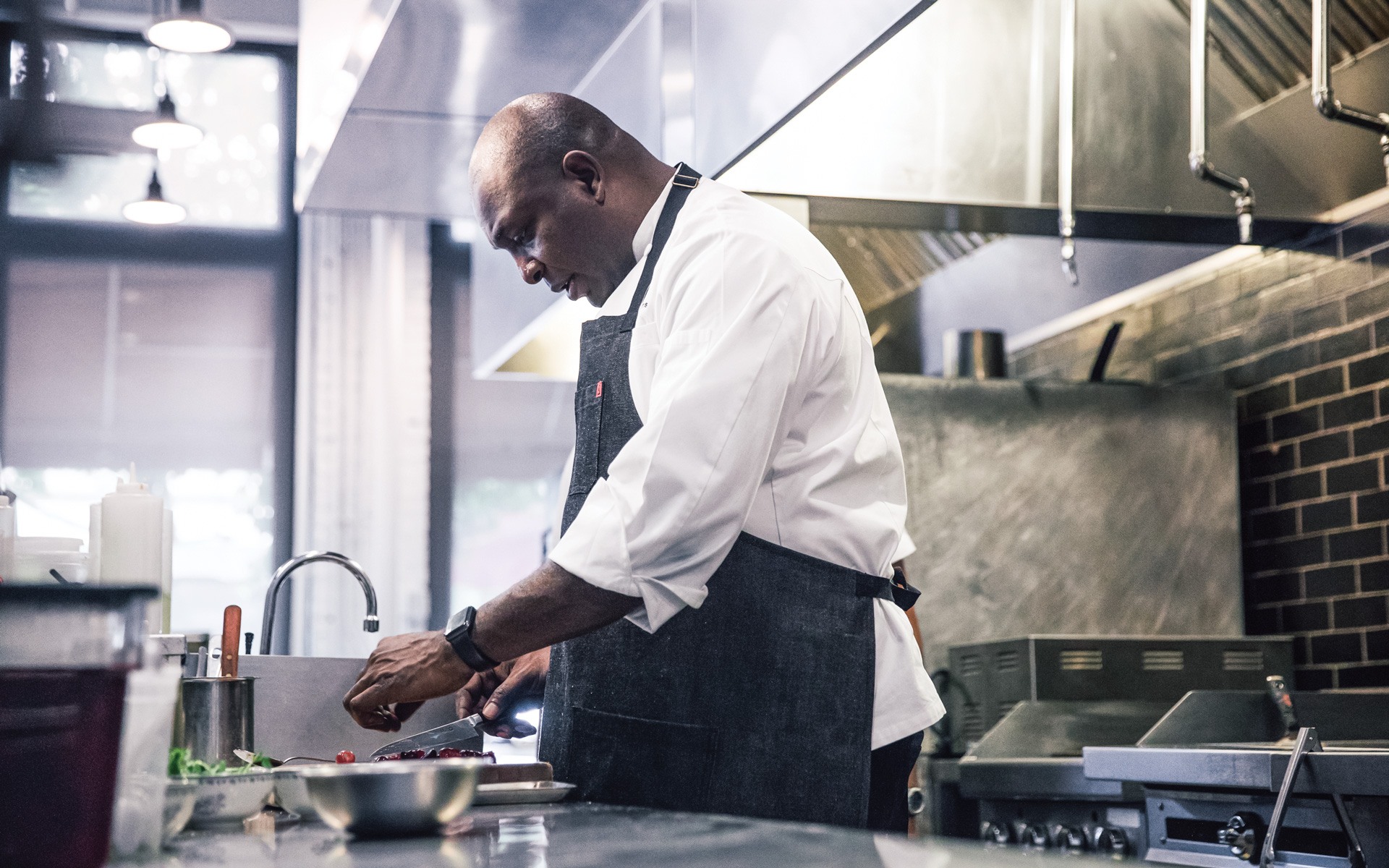 Food is an artistic medium at the Chicago chef’s Virtue restaurant, which fed first responders during the pandemic

Restaurants may have been one of the hardest-hit industries over the past year, but that hasn’t sent chef Erick Williams off course. If anything, these extraordinary times have made his commitment to the principles on which he founded his Chicago establishment, Virtue, even deeper. “From the beginning we’ve been about the humanity in people, and that’s extended to us staying open during the pandemic,” he says. “We launched a campaign to feed first responders. When we opened, we never imagined that we’d be feeding people in the ways we have.” 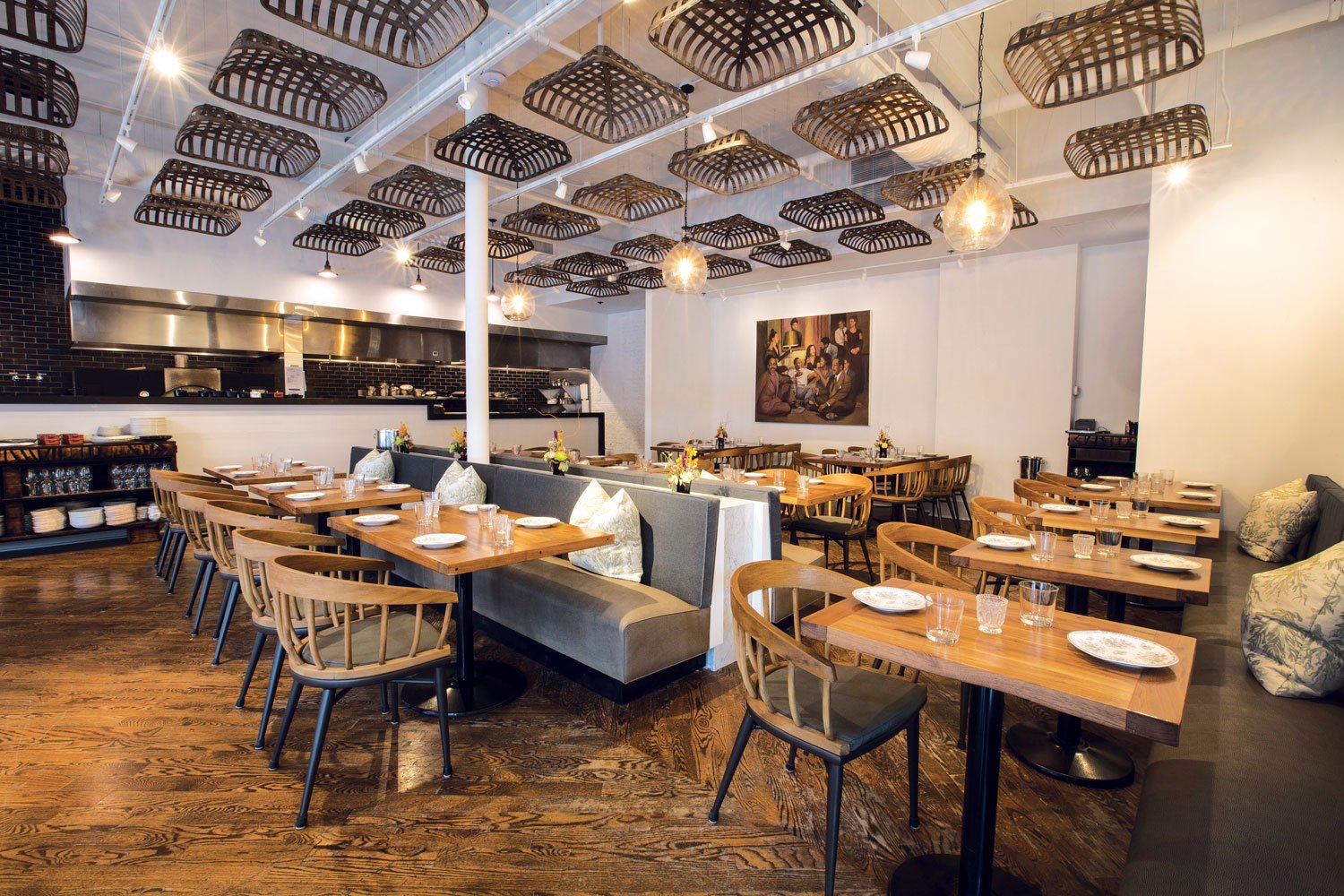 New classics: “The menu is through the lens of a Black kid who grew up in the North but had a family from the South and then had culinary training in the world of fine dining.” 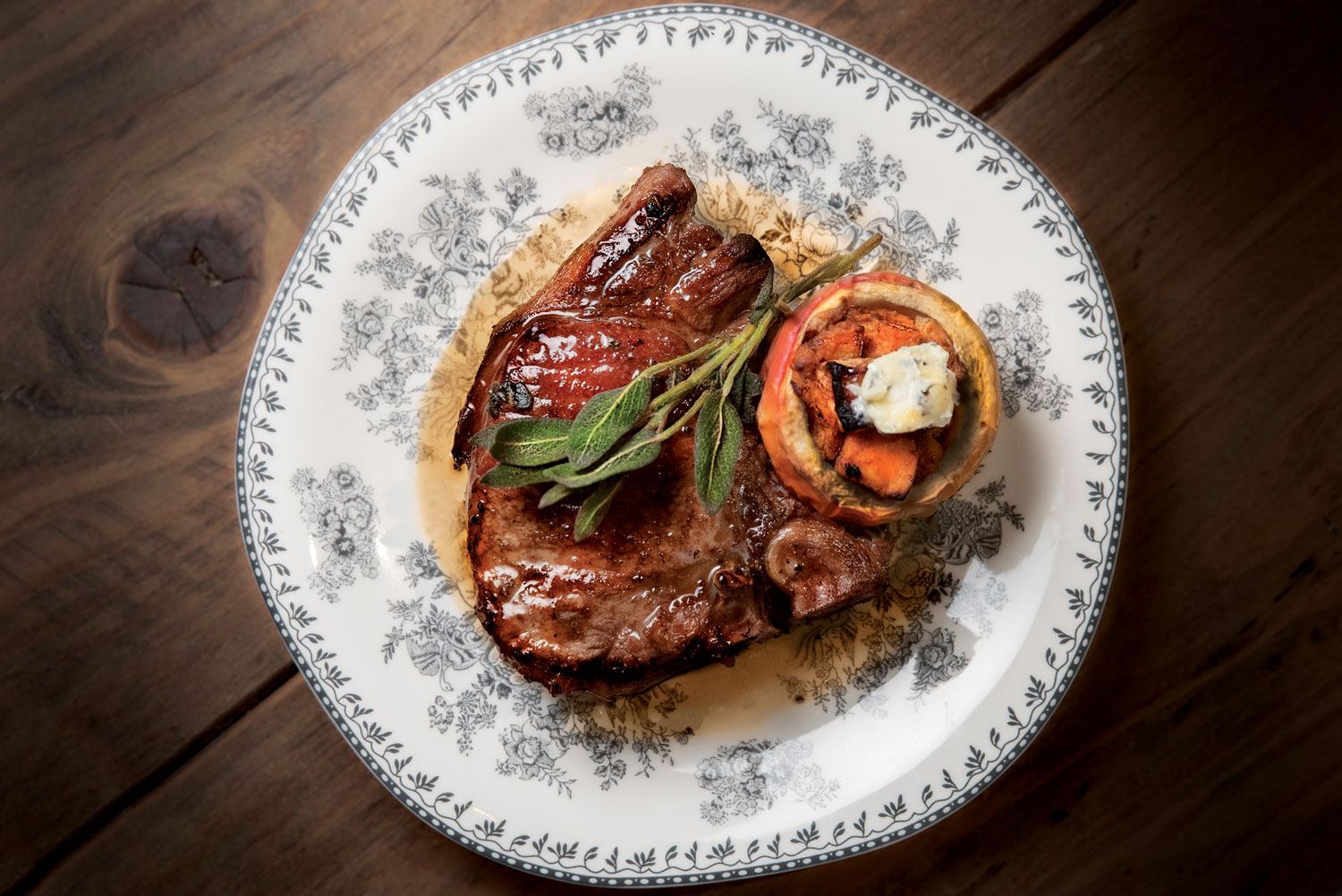 Design plans: Collaborating with architect Steve Rugo, Williams built a restaurant that reflects his design concept of a plain white box with an undercurrent of Southern heritage. Art also plays an integral part in creating the atmosphere with works by Theaster Gates and Amanda Williams on view. “It becomes a place that houses not just art on the walls but art on the plates. Food is the medium. It’s all interwoven.” 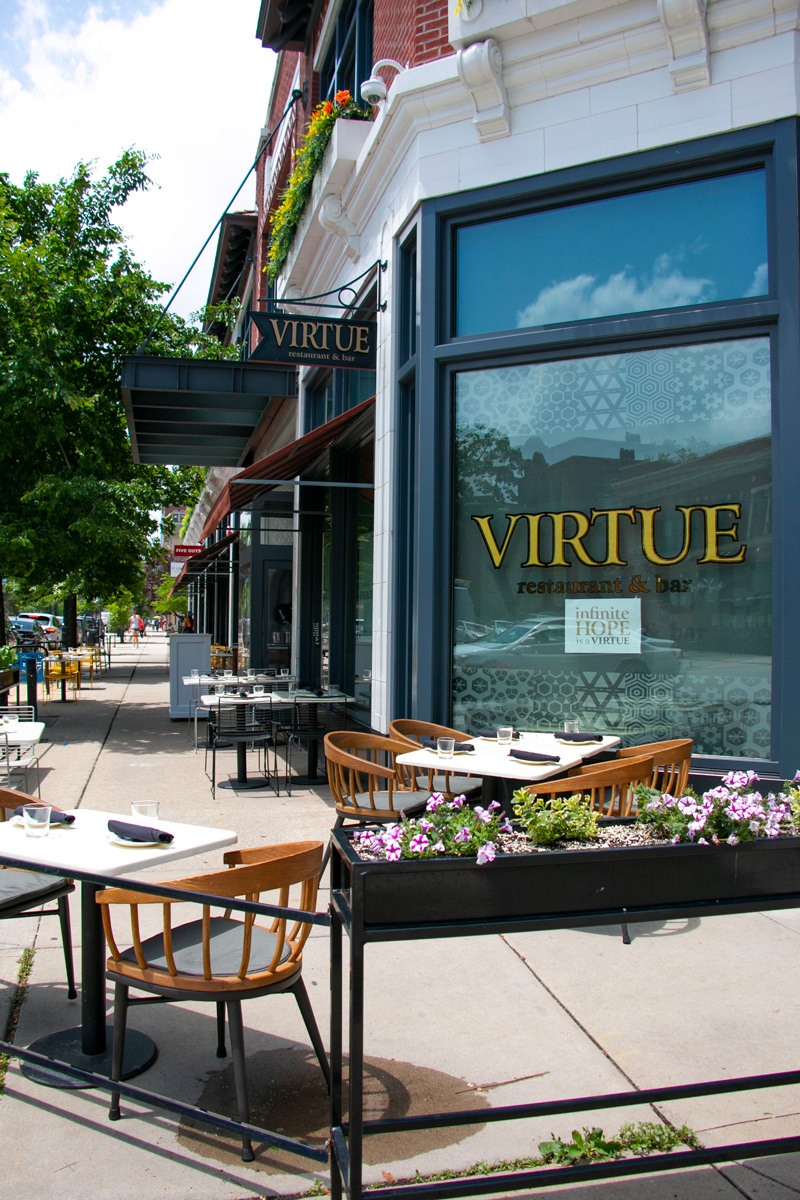 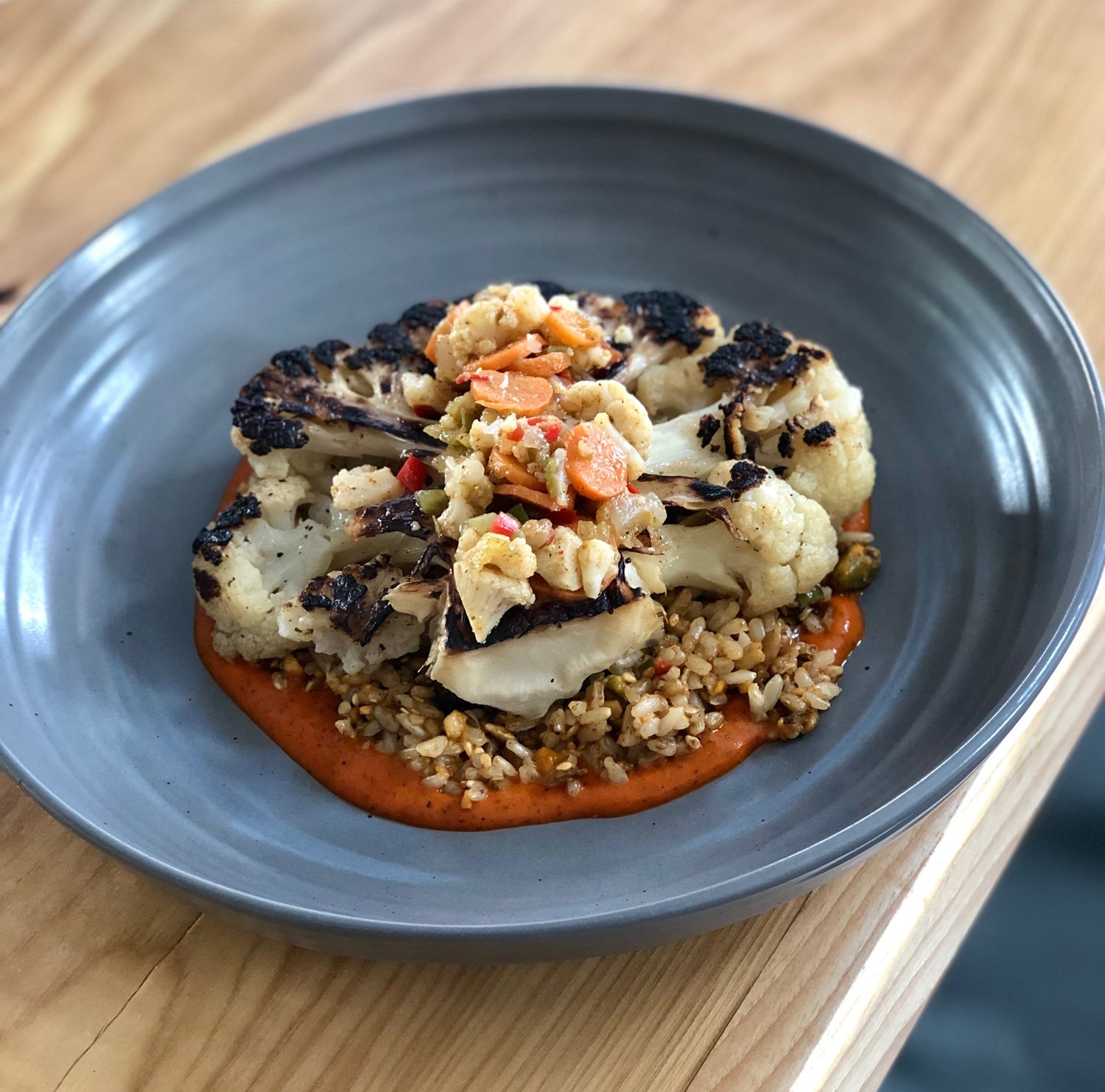 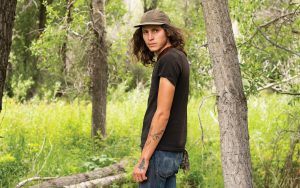 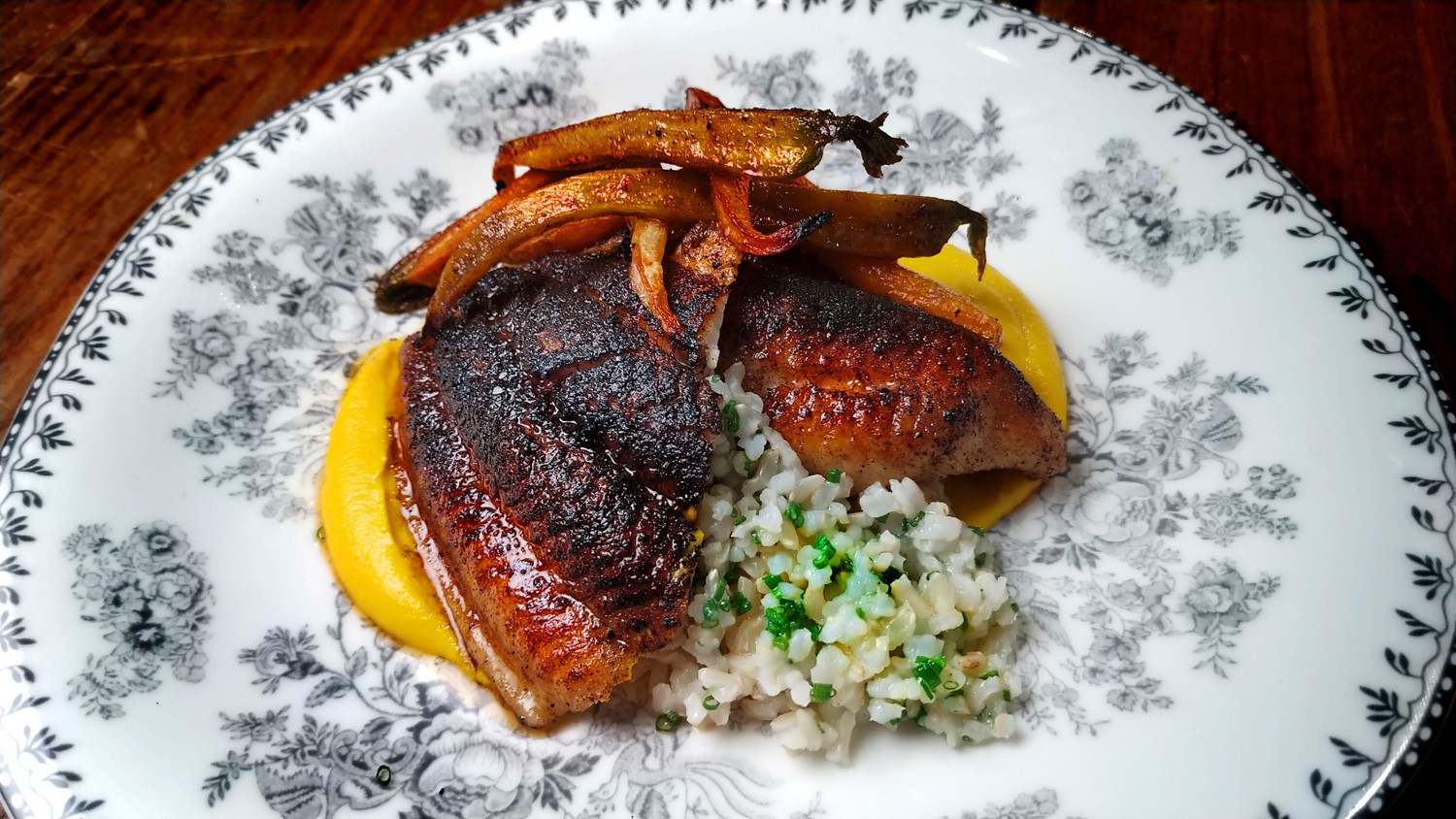