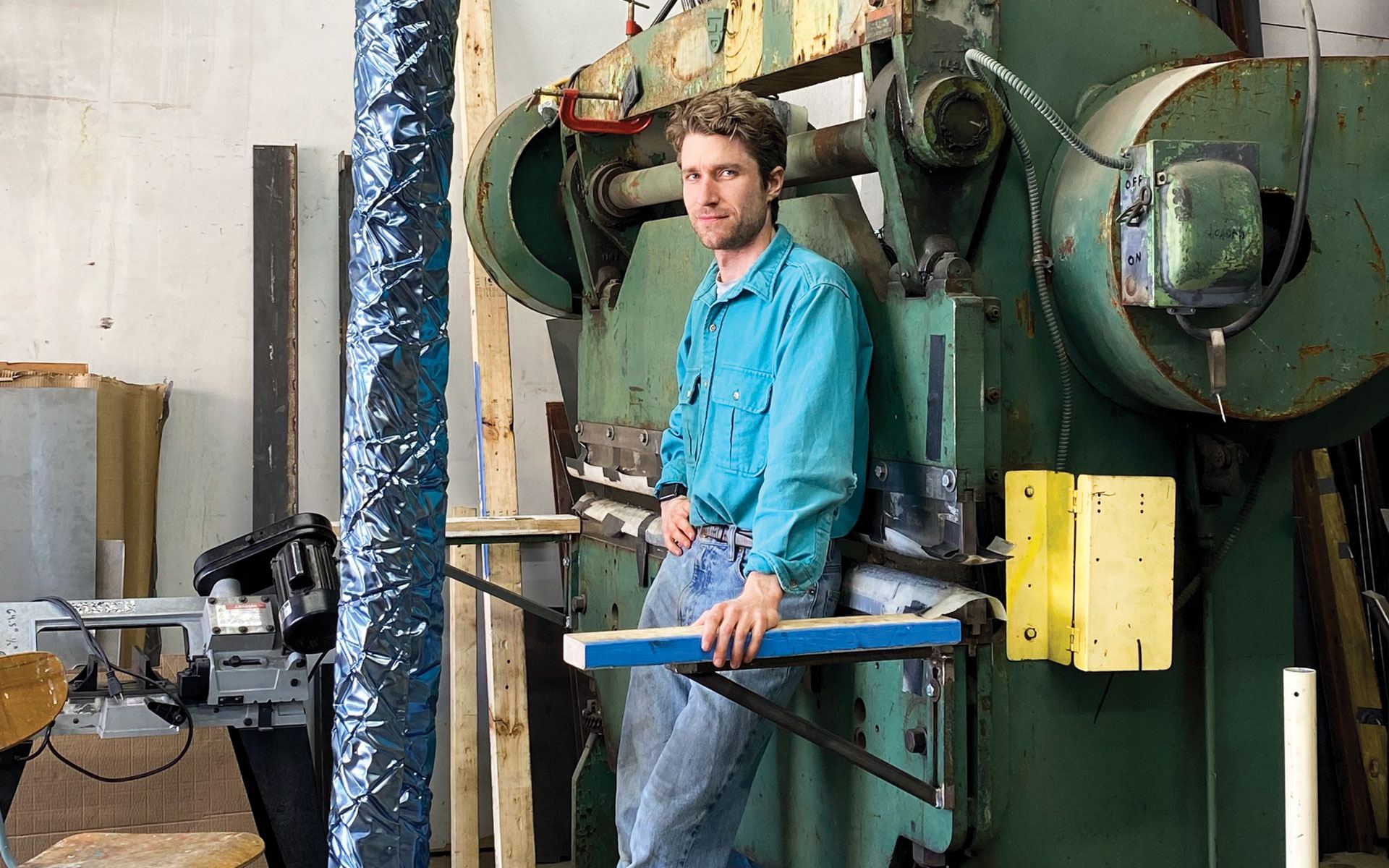 Christopher Prinz with one of his floor lamps in a fabrication studio in Omaha.
Photo: Annie Alice Schenzel 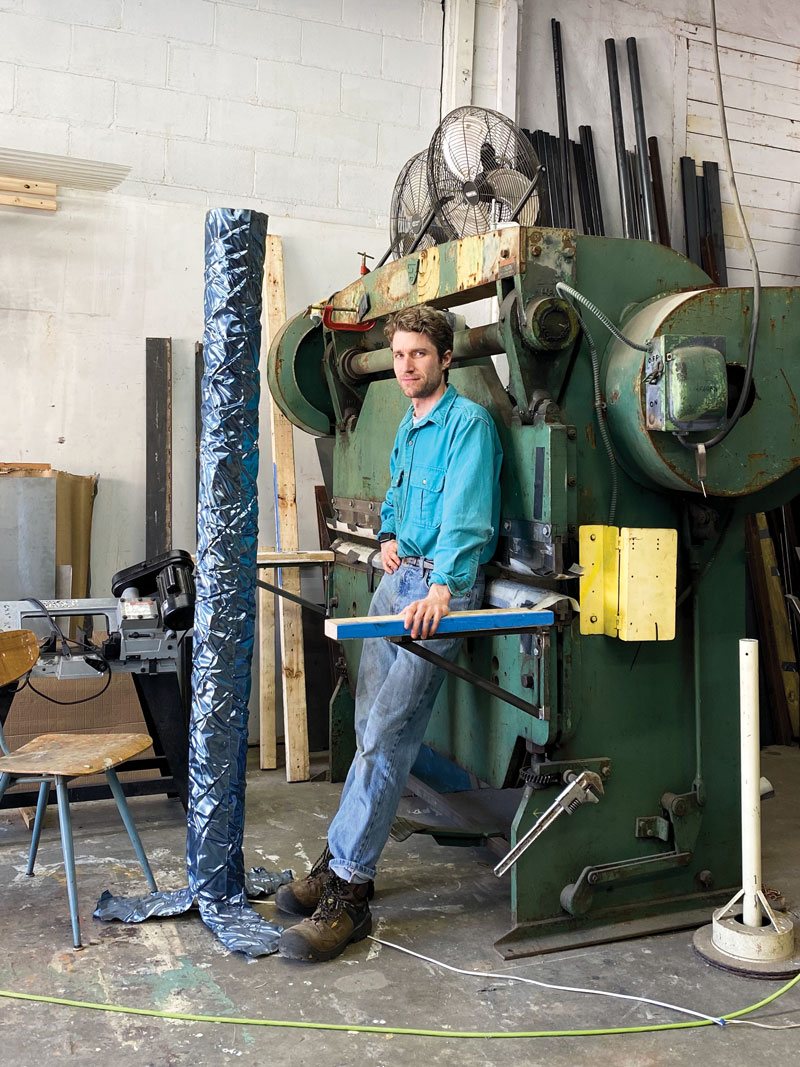 Christopher Prinz with one of his floor lamps in a fabrication studio in Omaha. Photo: Annie Alice Schenzel

Iridescent sheets of metal in attention-grabbing hues of blue, pink, and yellow are hallmarks of Christopher Prinz’s inventive work. A graduate of the Rhode Island School of Design, Prinz decided to return to Omaha after a brief stint in New York. While working in a fabrication shop in his hometown, he began experimenting with folding and bending techniques, initiating what would become his signature look. “I was really intrigued by how a thin piece of sheet metal can become rigid,” he says. “Working it with a hammer, wrench, or vice hardens it.” Building on his early iterations, Prinz began electroplating the surfaces with zinc, copper, and nickel, developing the metallic rainbow forms that caught the eye of Tribeca design dealer Patrick Parrish, who now offers his stools, tables, wall works, and lamps. 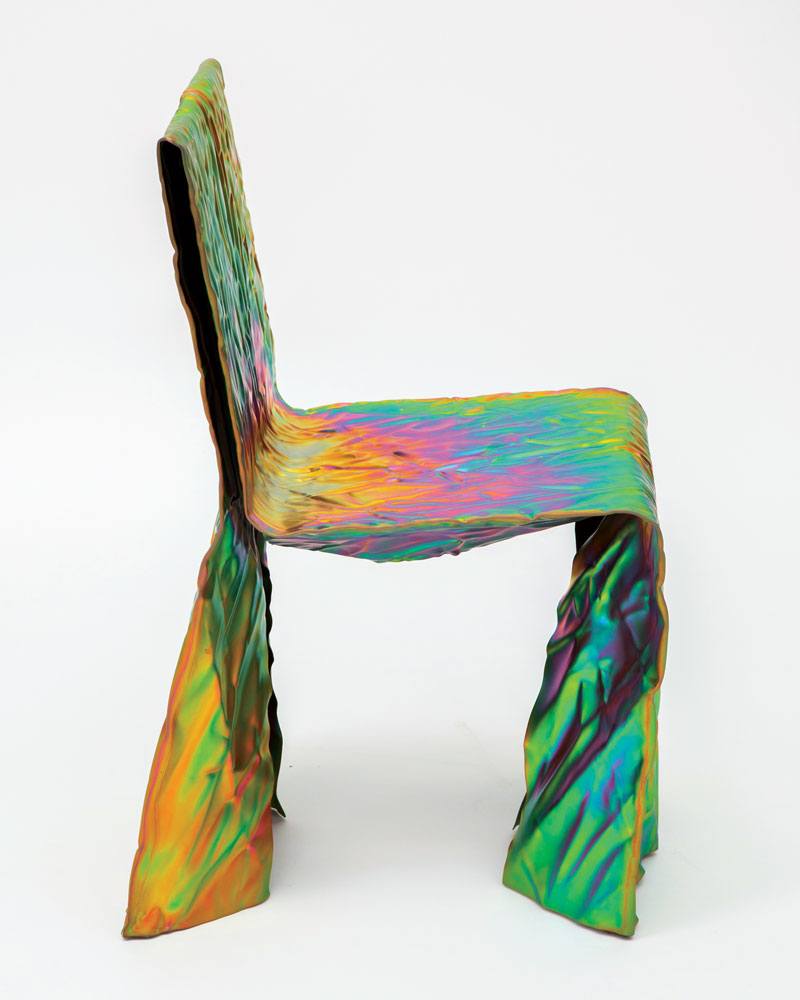 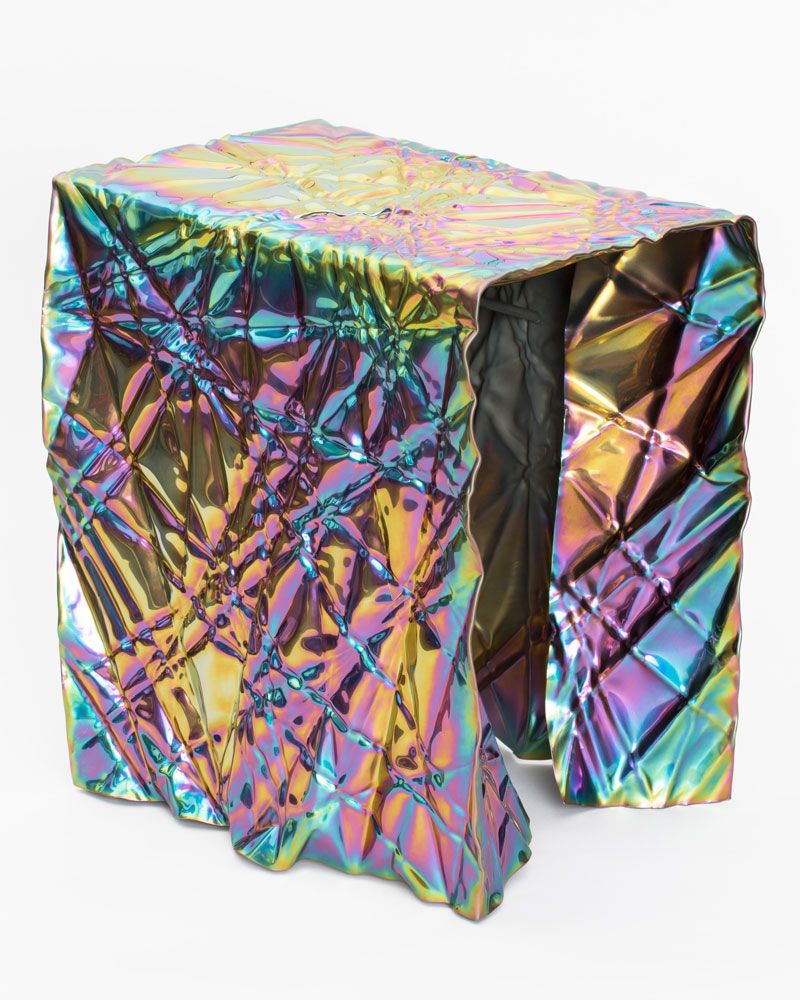 All in the family: “My dad, Thomas, was an artist and an architect, so I got exposure to the art and design worlds at a young age. Beyond that, I’ve always been interested in how things are made and manufacturing. I feel like I’ve settled right in the middle.” 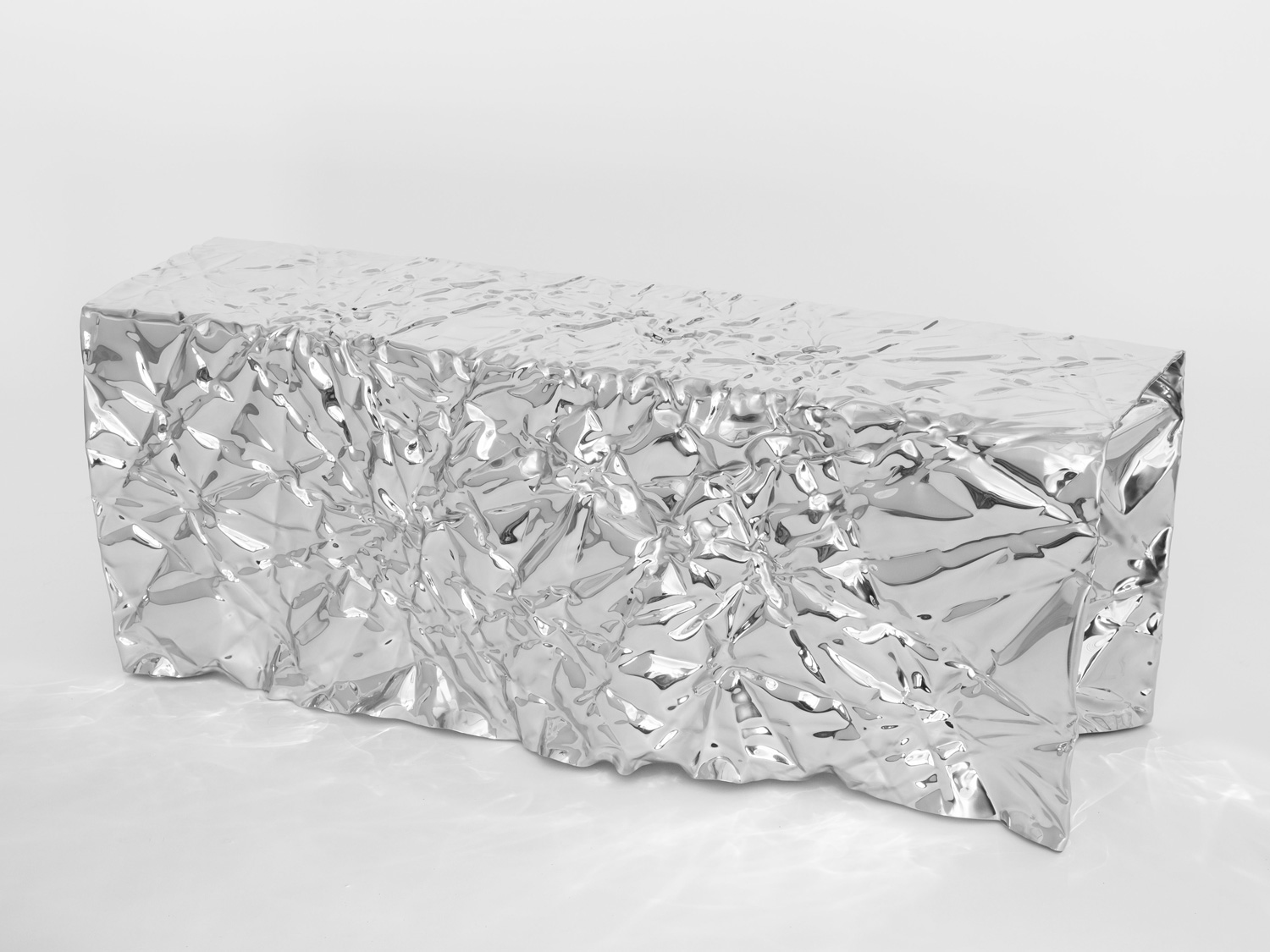 Up next: “I’m at an interesting intersection and may do a 180—it would be fun to work with softer materials.” patrickparrish.com 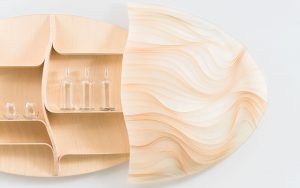 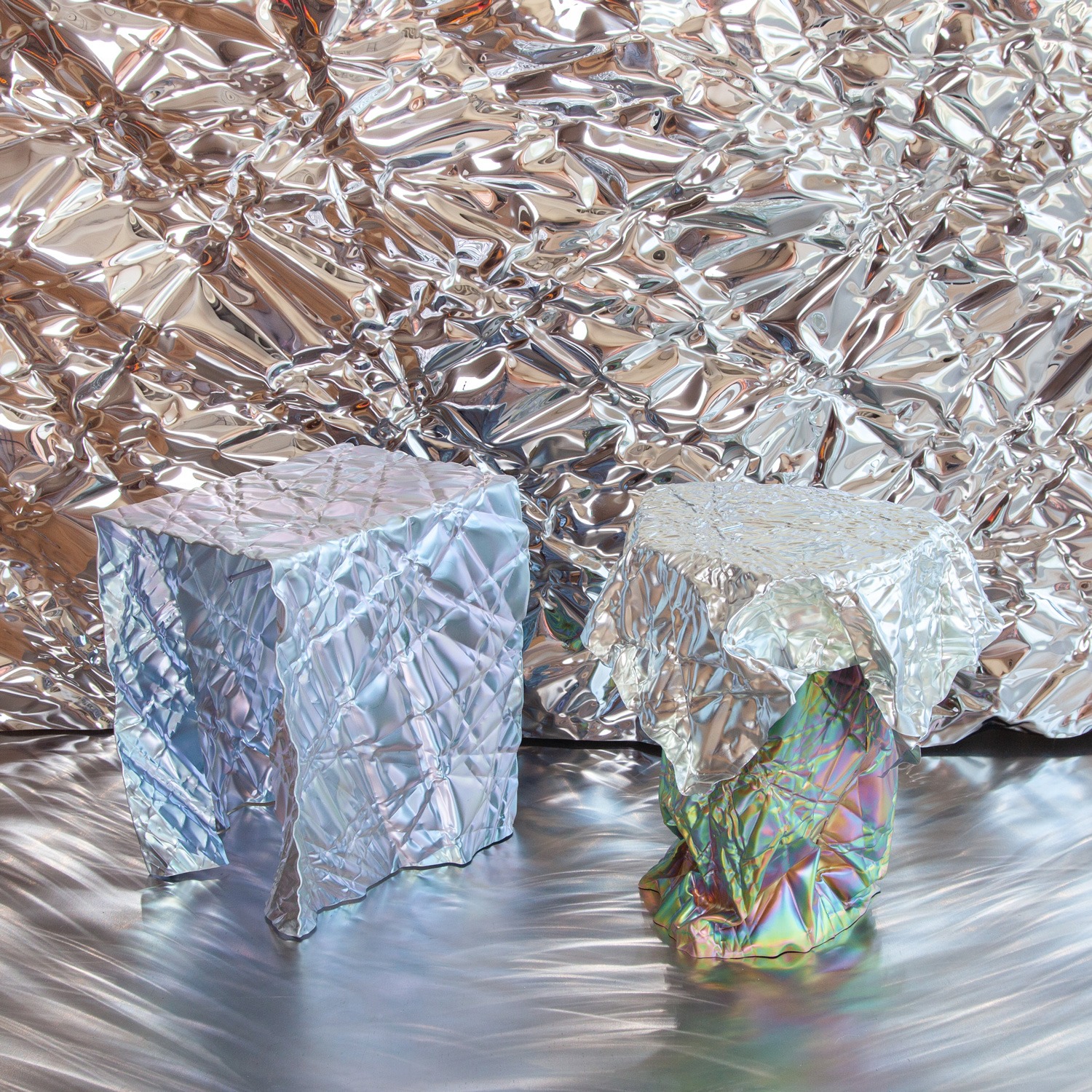 Cover: Christopher Prinz with one of his floor lamps in a fabrication studio in Omaha.
Photo: Annie Alice Schenzel
Next Post