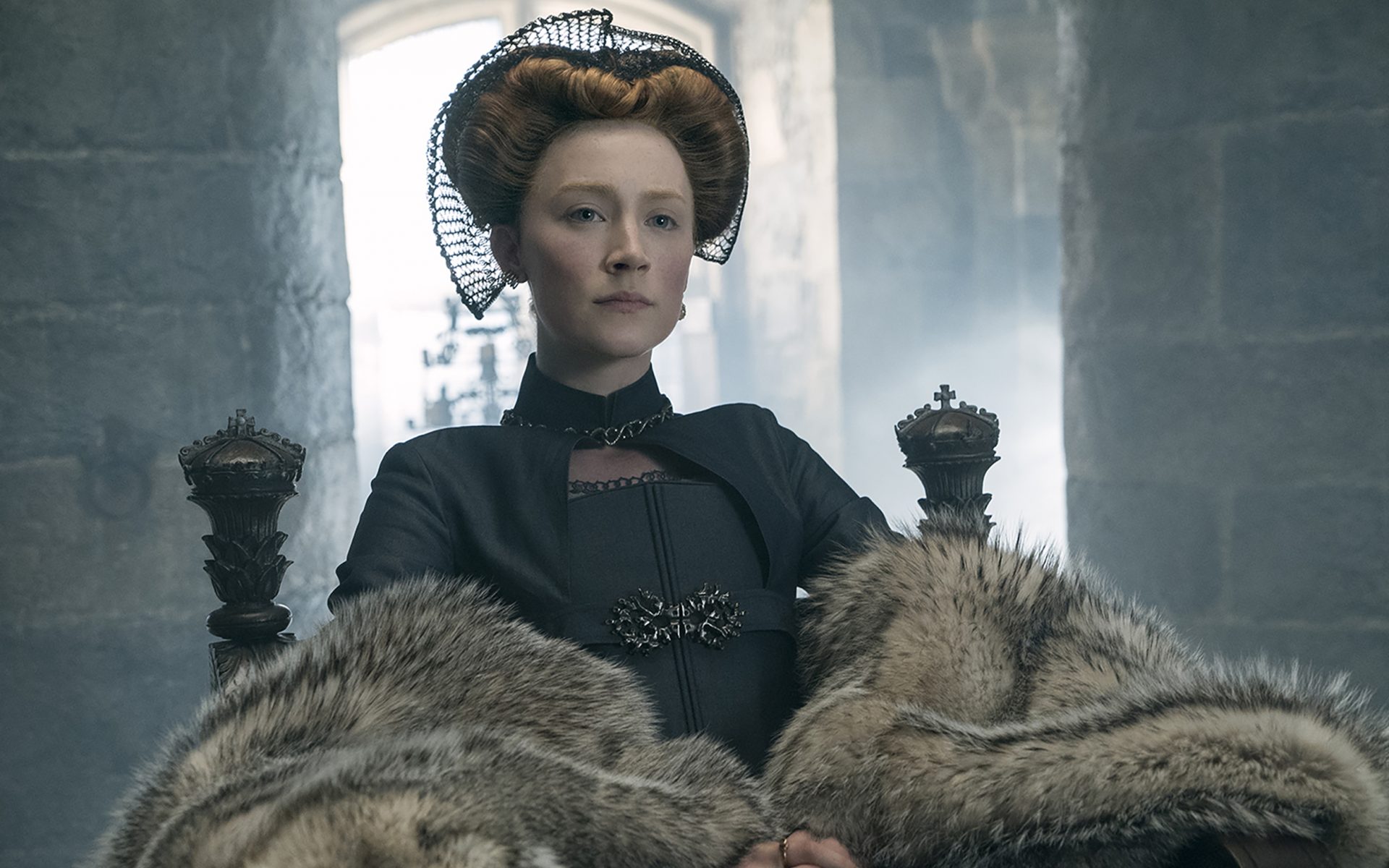 How do you make a story that’s nearly 500 years old feel new to a contemporary audience? That’s the inherent question that surrounds a new film about the plight of Mary Stuart, the Scottish queen who dared to challenge England’s Elizabeth I. Written by Beau Willimon and directed by Josie Rourke, Mary Queen of Scots examines the tale through a modern lens, emphasizing the sexism and misogyny that plagued the reigns of both queens. In this telling, Mary is played by a fiery Saoirse Ronan while Margot Robbie plays Queen Elizabeth with a fragility not often seen in portrayals of the Virgin Queen. The two rulers are initially presented as friends, if not quite allies. It’s only when they begin to rely too heavily on the advice of the men that surround them that their relationship begins to deteriorate. Jealousy and suspicion are stoked on each side until the historic rivalry fully takes shape, leading to the violent downfall of Queen Mary.

For the film’s costume designer, Alexandra Byrne, the challenge of Mary Queen of Scots was a specific one: “How do you make Elizabethan men look sexy?” The plot of the film is largely driven by sex, or in Elizabeth’s case, the lack of it. “But it’s not a sexy period for men,” says Byrne, who won an Oscar for her work on another Elizabethan film, Elizabeth: The Golden Age. “So that was my starting point.” Amid the already difficult task of making men look desirable in doublets and tights, Byrne was also determined to find a fabric that would speak to the perils of the period. “They didn’t have dry cleaners in the 16th century, so the clothes would have had a patina and a decoration of their own through the culmination of dirt and dampness. They would have been very worn looking and almost molded to the body,” Byrne says. “The closest material I could I think of in our world today that could look that way was denim.” So Byrne and her team went to work constructing Elizabethan garments out of denim, a process that proved easier in theory than in practice. The first efforts, Byrne says, looked “terrible, just really, really bad.” After briefly panicking, she realized that trying to use a modern material in an ancient way wasn’t working. Instead of creating exact period costumes, Byrne chose a different approach. “I started thinking about how we use denim today, and I realized that I actually had to use these modern concepts to create a silhouette that would be period appropriate.”

After finding her footing, Byrne managed to create all of the men’s costumes and the majority of the women’s gowns entirely out of denim. She estimated that only five pieces in the movie are made from other fabrics.

“I had to find the balance of Elizabethan and contemporary,” Byrne says. “It was a really interesting process but not at all an easy one.”

Mary Queen of Scots is now playing in New York and Los Angeles.