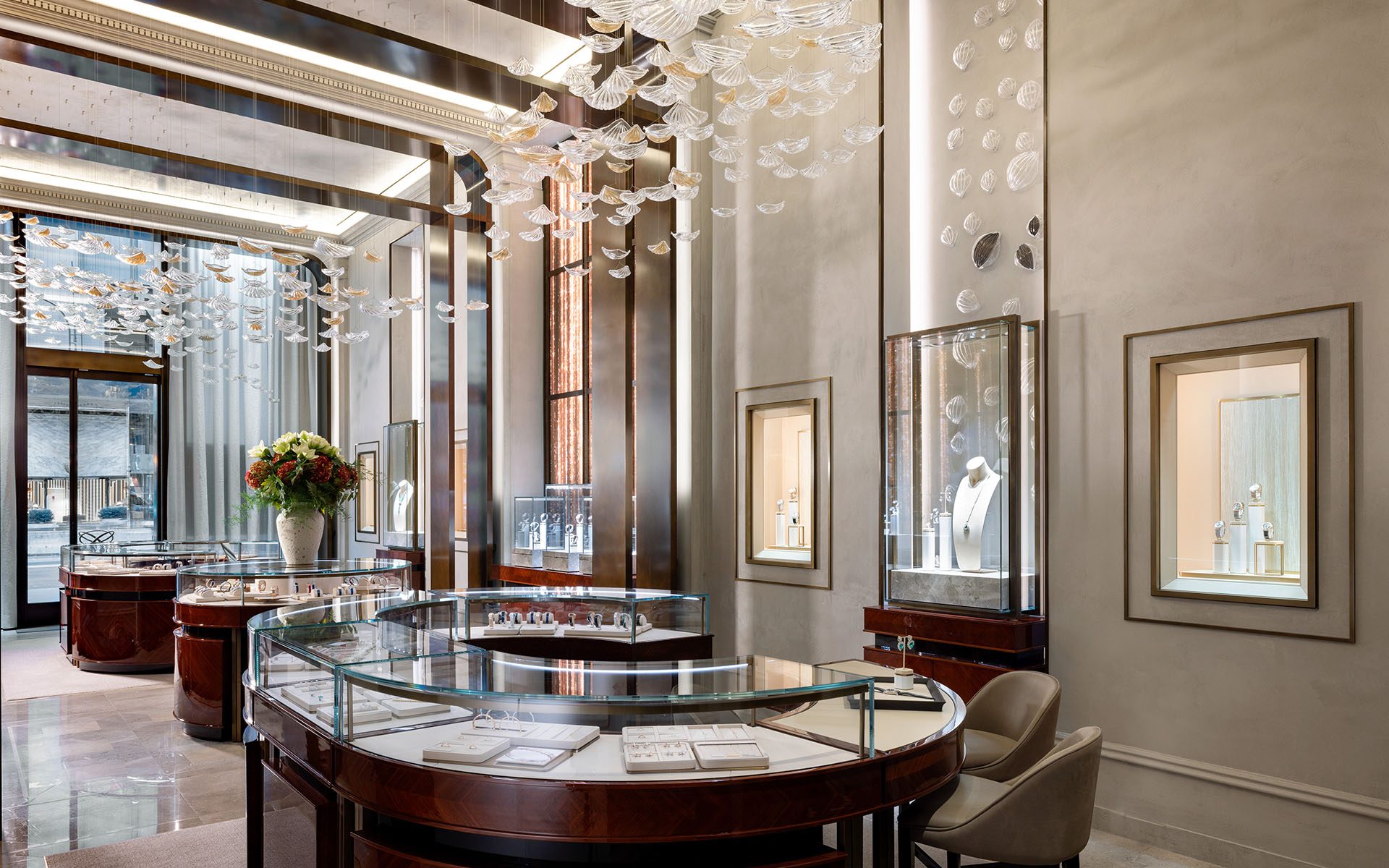 Housed in the historic Crown building, the new boutique is a glamorous Art Deco tribute to New York City 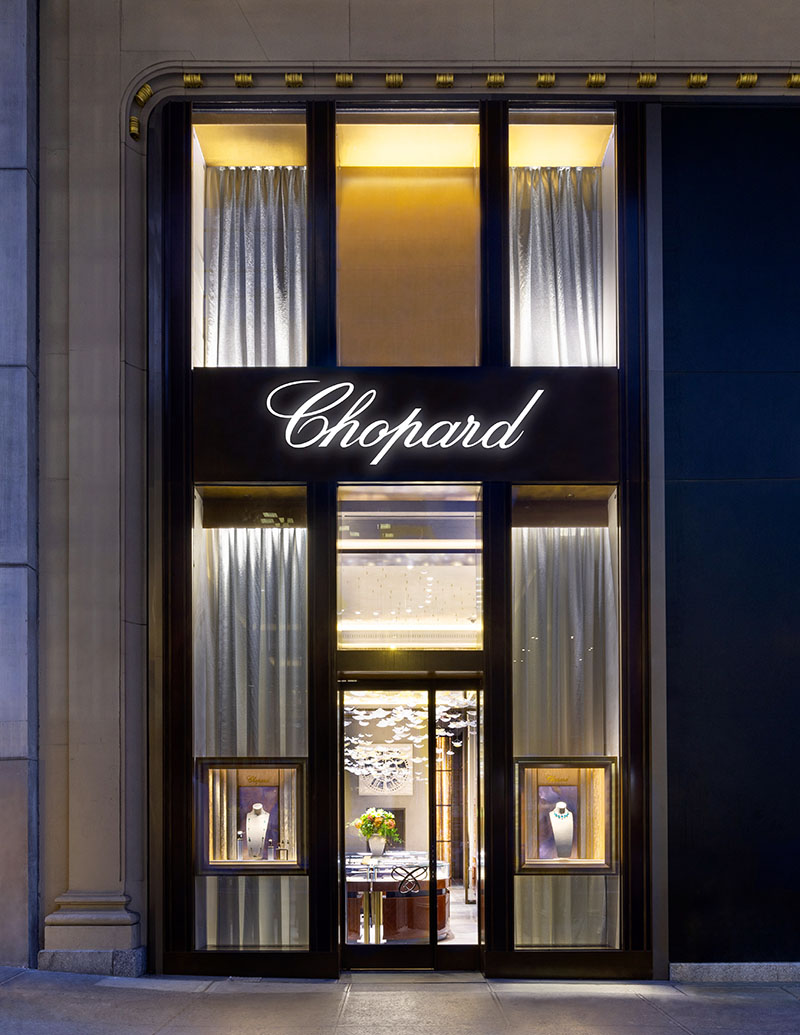 New York City’s Crown building, located on a prime corner of 57th Street and 5th Avenue, has quite an illustrious history of ownership and residency since its debut in 1921 as the Heckscher Building. The Museum of Modern Art opened in a suite there in 1929, Philippine President Ferdinand Marcos secretly bought the building in 1981, and earlier this year the Aman New York hotel and residences made their highly anticipated debut, with the highest room rate in the city.

This week, luxury jewelry house Chopard joins their ranks, officially opening its doors at 730 Fifth Avenue after over 15 years on Madison Avenue. When the move was first announced, the family issued a statement noting that “Even in these uncertain times, our family maison is looking to the future. The opening of this boutique is also a message of hope and optimism addressed to New York and New Yorkers whom we so greatly admire.”

Caroline Scheufele, artistic director and copresident of the brand, had said she’d noticed a more diverse audience and energy on Fifth Avenue, so it’s fair to say this is a strategic move to both capture that audience and take advantage of adjacency to the likes of Tiffany & Co., Harry Winston, Cartier and Van Cleef & Arpels. 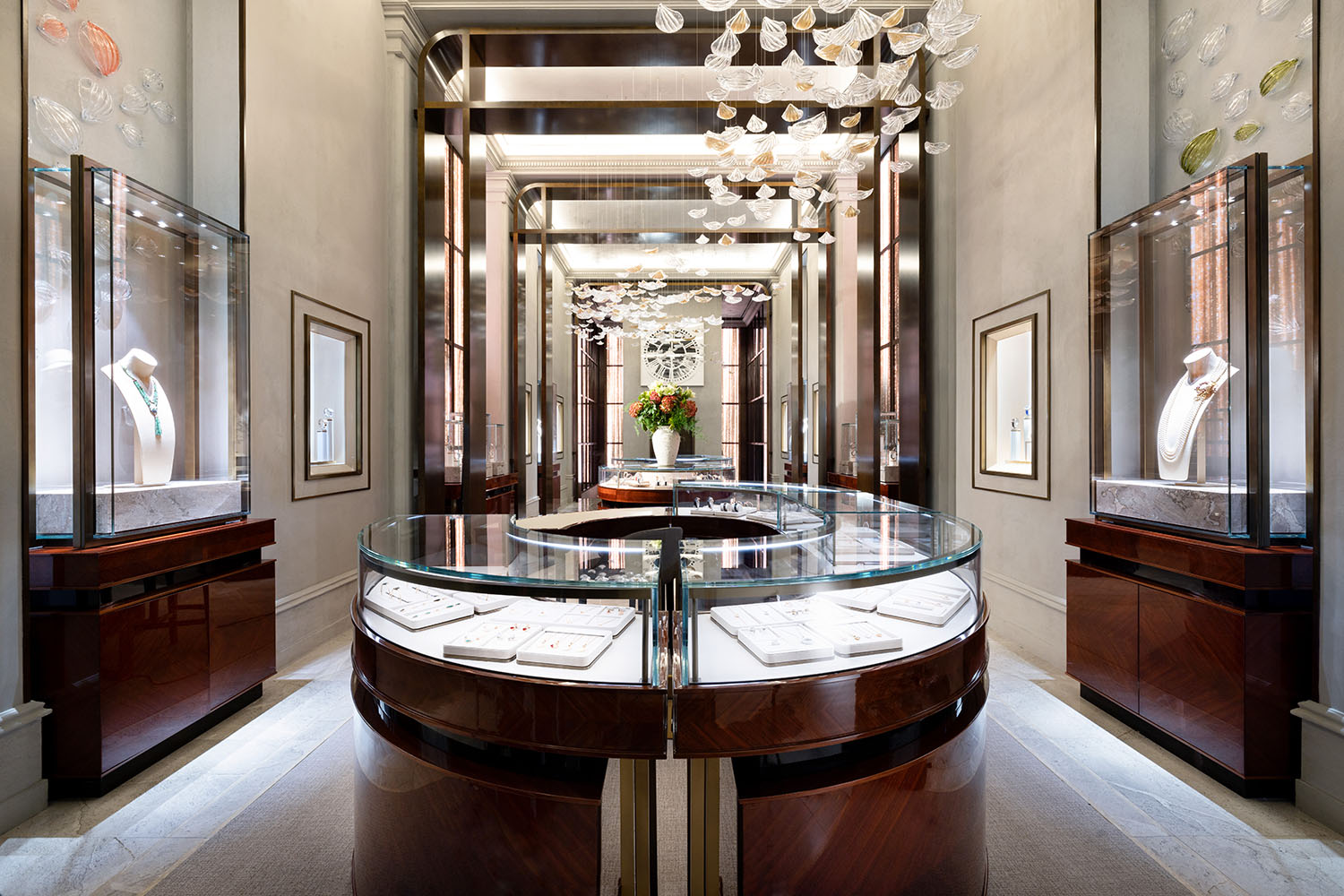 Housed on two levels, the “New York Penthouse” design was inspired by the brand’s very first boutique, which opened in Vienna in 1918, utilizing the same fior di bosco white-veined Lombardy marble for the floors as well as a rich mahogany for the vitrines.  It is an elegant and restrained design, with soaring 16-foot ceilings divided light windows and beautiful original moldings. A touch of visual whimsy is provided by hand crafted Murano crystal petals, inspired by the flowering trees found in nearby Central Park, that are hung from the ceiling and on some walls. There are 365 of them, signifying the days of the year and displayed in four sections that represent the four seasons–with silver for winter, brown for autumn, pink for spring and yellow for summer. 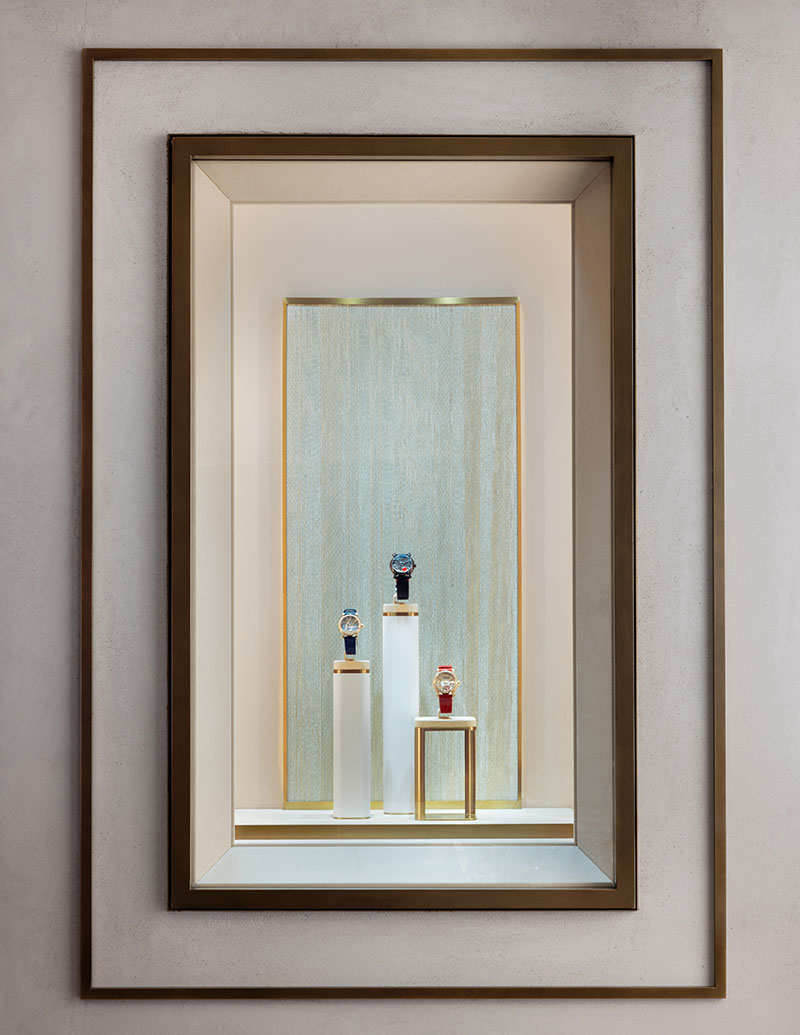 A selection of Chopard watches at the new boutique. Photo: Courtesy of Chopard 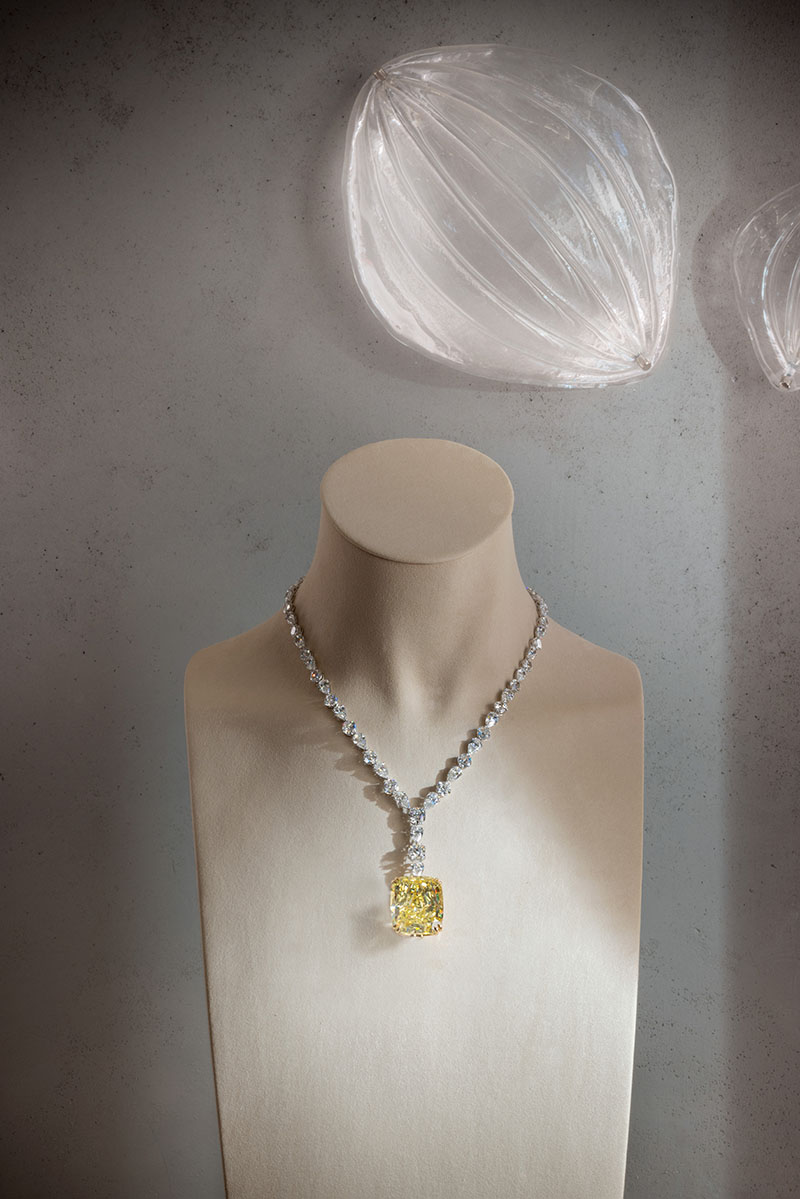 "The opening of this boutique is also a message of hope and optimism addressed to New York and New Yorkers whom we so greatly admire.”

Chopard’s flagship collections (Happy Hearts and Happy Icons) are showcased on the street level, as well as other jewelry, timepieces, and the brand’s latest My Happy Hearts collection that’s targeted towards a younger audience. As one descends to the lower level, the pieces they encounter ascend in price. There’s a “Gentleman’s Club” showcasing show-stopping men’s timepieces from L.U.C. Haute Horlogerie to Alpine Eagle watches and the Haute Joaillerie lounge, housing pieces designed by Caroline Scheufele, many worn on or destined for the red carpet. Amongst the curvaceous, velvet clad sofas in said lounge are a fun touch: tables crafted from Amethyst crystals that Scheufele now puts in every single boutique to guard against and absorb bad energy. It’s hard to imagine anything other than surprise and delight when ensconced in a gorgeous space filled with tempting treats.