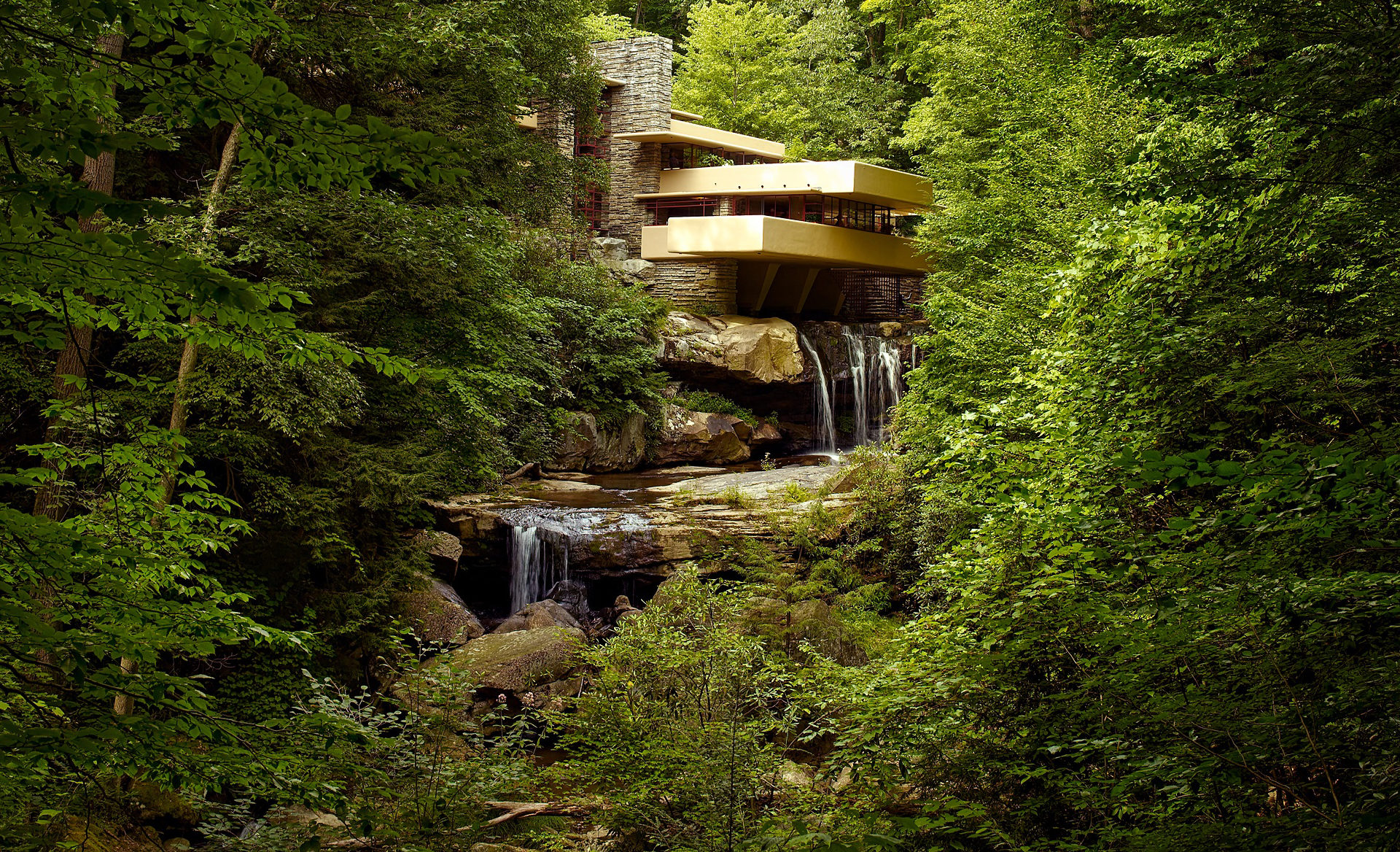 No American architect looms larger in the public consciousness than Frank Lloyd Wright, the industry titan who revolutionized the practice time and again during his seven-decade-long career. Born on June 8, 1867, in rural Wisconsin, Wright reached unparalleled levels of success with famed landmarks such as the Guggenheim Museum, the Fallingwater residence, and hundreds of other majestic structures around the world. To mark what would be his 150th birthday, many of his creations are hosting commemorative events, while other cultural institutions are welcoming their own Wright-centric programs.

The most extensive one takes place at the Museum of Modern Art (MoMA) in New York City. Titled “Frank Lloyd Wright at 150: Unpacking the Archive,” the show is on view until October 1, and features roughly 400 works, many of them never before seen by the public. Esteemed design and architecture historian Barry Bergdoll led a  team to pore through some 55,000 drawings, 125,000 photographs, and 300,000 letters of correspondence for the exhibition, which is organized around a central “spine” of the architect’s most iconic works. That spine then branches off into a dozen subsections that illuminate the less explored corners of his oeuvre. In conjunction with the MoMA show, Columbia University will debut an exhibition on September 9 that explores Wright’s forays into planning, particularly his scheme for the yet-unrealized Broadacre City. “Living in America: Frank Lloyd Wright, Harlem, and Modern Housing,” will be on display in the school’s Wallach Art Gallery, and aims to create a dialogue between Wright’s ideas and the contemporary urban housing projects Upper Manhattan. Elsewhere in New York, the Guggenheim is staging a full day on June 8 packed with celebratory events, including a history lesson and a birthday party with a Wright impersonator. One of the more obscure exhibitions will take place in Northern California, at the Marin County Civic Center,  one of Wright’s final works. There, the local government is debuting Eddie’s House, a Wright Foundation–approved replica of the only doghouse ever devised by the architect. A drawing of the Paul Bailleres House in Acapulco, Mexico (1951-52), on display at the MoMA exhibition. Photo: Courtesy of the Museum of Modern Art and Columbia University

Many of homes conjured by the architect have been turned into house museums, and plenty are getting in on the anniversary action. Wright’s best-known work, Fallingwater, is launching a free lecture series on its eastern Pennsylvania campus and will be serving some of his favorite recipes, including a birthday cake. Northern Virginia’s Pope-Leighey House, a National Trust Site, will host a picnic and evening fundraiser. And the architect’s winter home in Arizona, Taliesin West, will host a lavish “red-tie” gala to fête the occasion in November. A nearby home that Wright conceived for his son David was gifted to Taliesin as part of the anniversary.

For even more events, visit FLW150.com