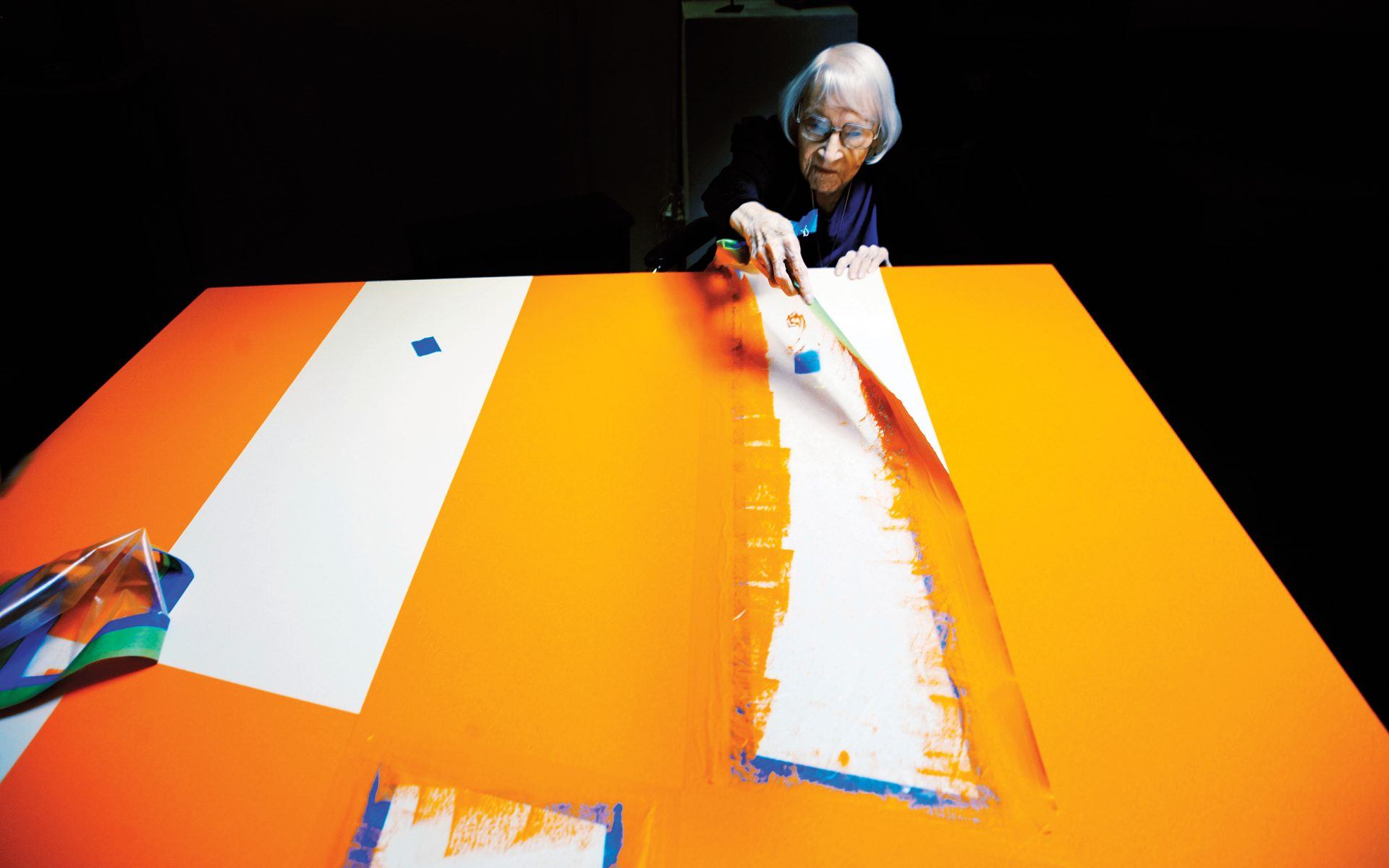 A Look Back at Carmen Herrera’s Extraordinary Career

The Cuban-born abstract painter, whose late-career work vaulted her to fame, has died at age 106

After six decades of painting in relative obscurity, the Cuban-born, New York-based artist Carmen Herrera didn’t gain wide attention until she was in her 80s. She was making art up until the end, working on her first major public art project, titled “Estructuras Monumentales,” at age 104. The installation, which was organized by the Public Art Fund, transformed City Hall Park with five large-scale sculptures that Herrera started making in the 1960s.

“I believe that I will always be in awe of the straight line,” Herrera said in the exhibition catalogue for the 2016 Whitney Museum show “Lines of Sight,” the first museum exhibition for the artist. “Its beauty is what keeps me painting.”

Here, we look back at a few of her most important works. Born in Cuba in 1915 into an artistic family, Carmen Herrera studied architecture at the Universidad de la Habana, a training that fueled her obsession with the straight line. She moved to New York in 1939 with her husband, Jesse Loewenthal. Here, Herrera in her apartment at 50 King Street. Herrera sold her first paintings in 2004, thanks to New York dealer Frederico Sève. Her work was quickly snapped up by major collectors such as Ella Fontanals Cisneros and Agnes Gund, who bought this striking piece and donated it to MoMA. Untitled is representative of the straight-edged black and white forms she was making in the 1950s, prescient of Minimalism and Op Art of the 1960s. Herrera considers the 12-year “Blanco y Verde” series (white canvases interrupted by green triangles) her most important—and the market agrees. This painting went for $2.9 million at Sotheby’s in March, a new auction record for the artist, just above her previous record, set in 2018, of $2.7 million for a work in the same series. A 2015 documentary film by Alison Klayman, which pictured Herrera working in her loft on East 19th Street, preceded a banner year that included a significant retrospective at the Whitney Museum and a buzzy exhibition at Lisson Gallery. Angulo Rojo, the first new work in her “Estructuras” series in over ten years, is part of an ambitious Public Art Fund project “Estructuras Monumentales.” Begun in the late 1960s, Herrera’s boldly colored “Estructuras” (structures) feature simply defined planes, often broken by crevasses.“We’re fulfilling a long-term dream project of hers,” says PAF curator Daniel S. Palmer. The five sculptures will be displayed at City Hall Park from July 11 through November 8. “She’s finally getting the moment in the public that is so long overdue.”

A version of this article first appeared in print in our 2019 Summer issue under the headline “Milestone: Carmen Herrera.” Subscribe to the magazine.