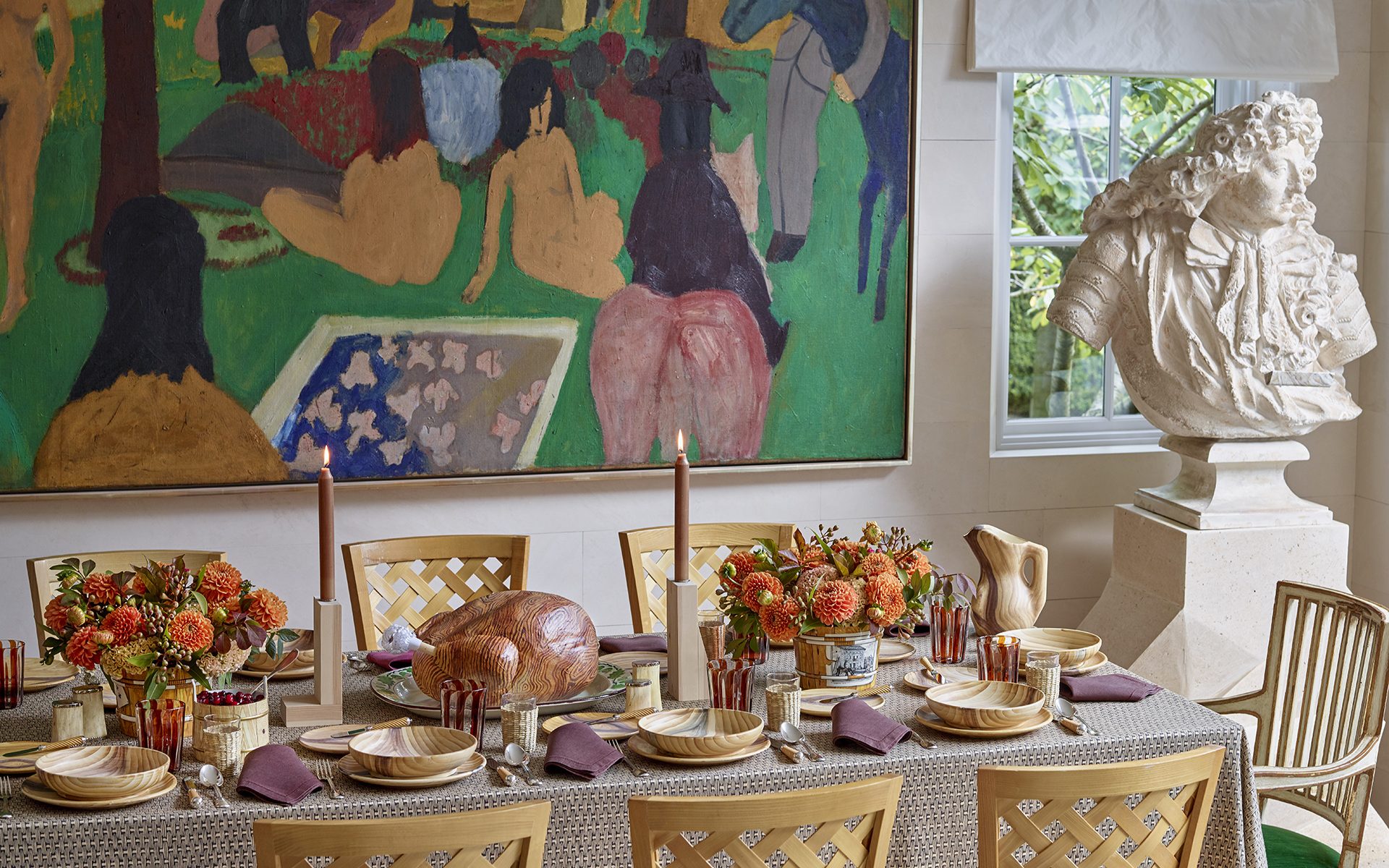 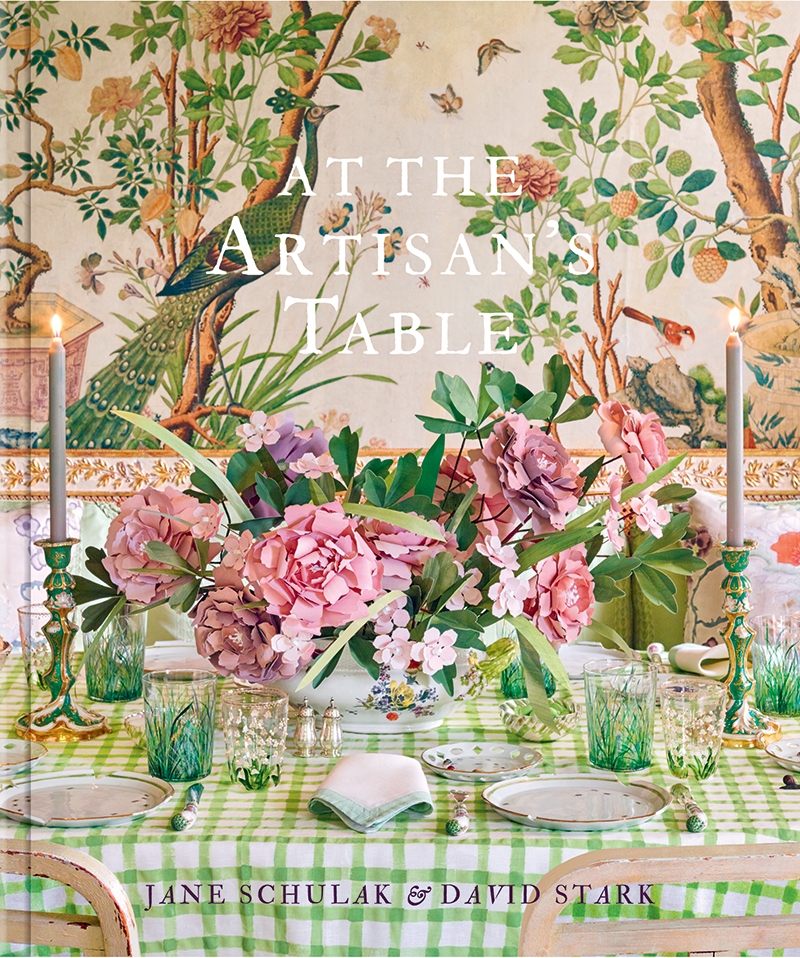 At the Artisan’s Table by Jane Schulak and David Stark. Photo: Courtesy of Vendome

It’s not just the meal that makes a holiday gathering memorable—it’s the guests, the ambience, and the presentation. Experts at entertaining will suggest an upbeat but not overwhelming soundtrack, tantalizing aromas, and a beautiful tablescape as elements that help set the mood for a perfect party. Personal and creative pieces are tantamount to the latter and the new tome At the Artisan’s Table (Vendome) highlights a number of skilled craftsmen making decorative accessories that add to a stunning table setting.

Drawing inspiration from decorative arts presented in major museums, the book delves into the history of celebrated motifs like delft and faux bois, chinoiserie and trompe l’oeil, then visits the studio of an artisan interpreting the style for a contemporary collector. Here, the authors spotlight four accessories sure to infuse your next dinner party with an artful atmosphere. 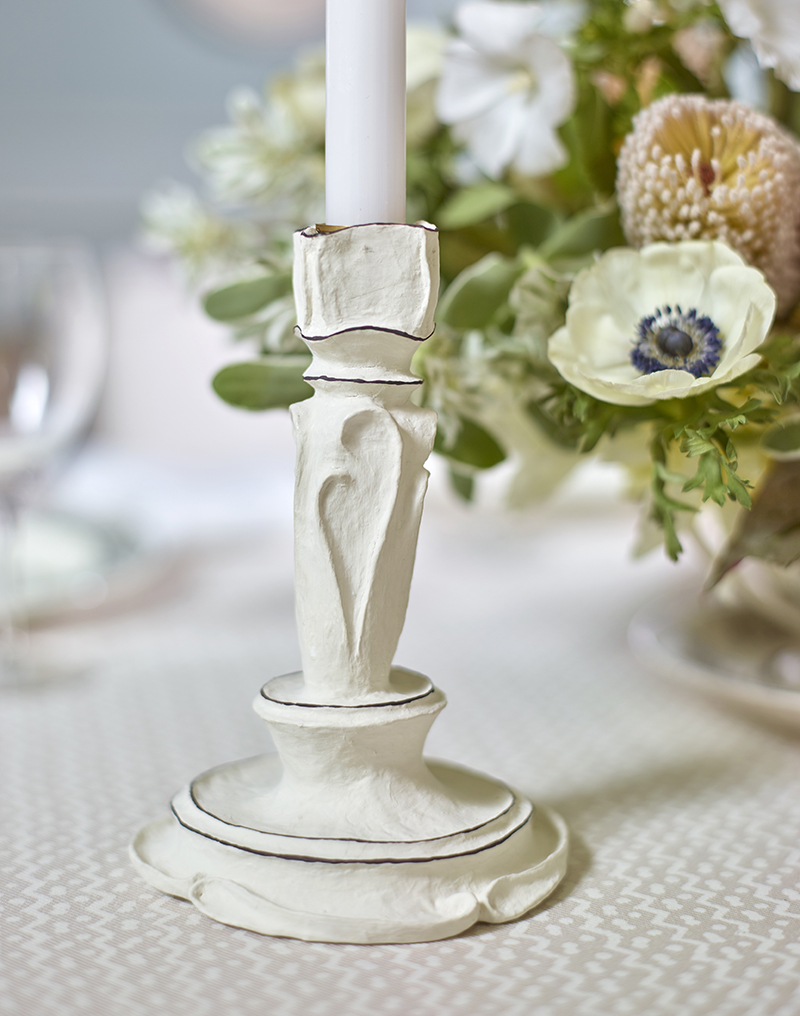 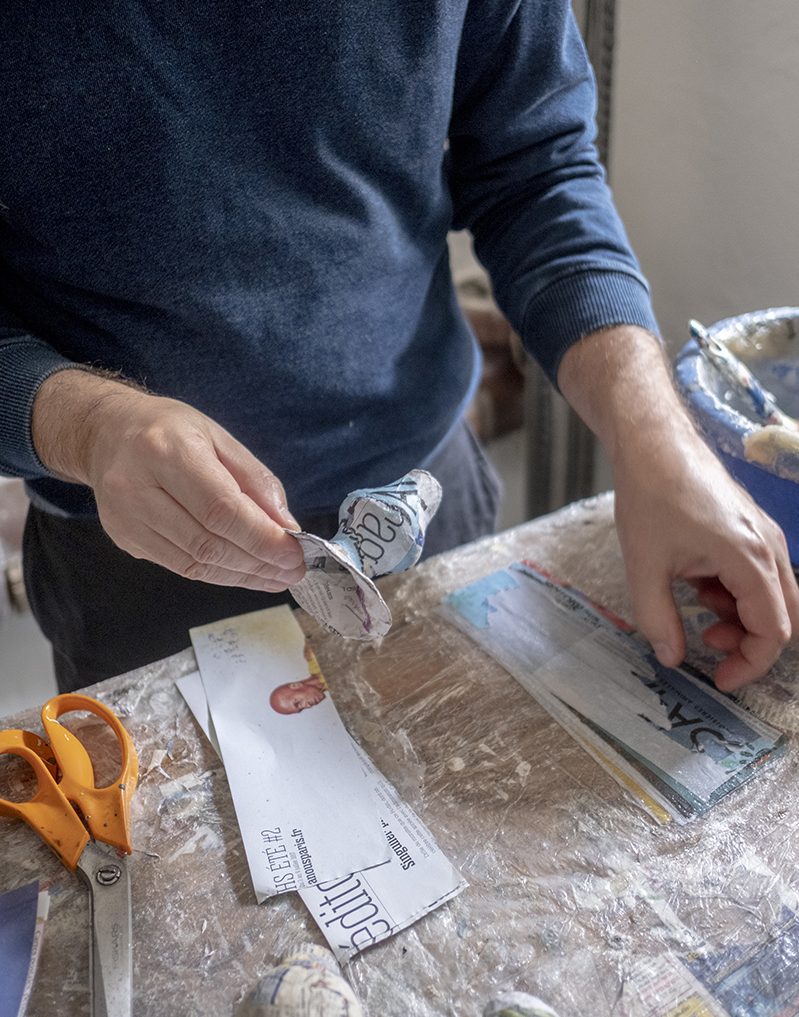 “On first glance, Laurent’s papier-maché candlesticks look like they are right out of the 18th century, but then there’s the double-take,” Stark tells Galerie. “They are a little more whimsical, have a little more gesture, perhaps just a little more personality than their more rigid counterparts made out of metal. The fact that they are grounded in history, though, keeps them from becoming kitsch, and their sly humor takes the edge off a formal table while providing a great conversation starter.” 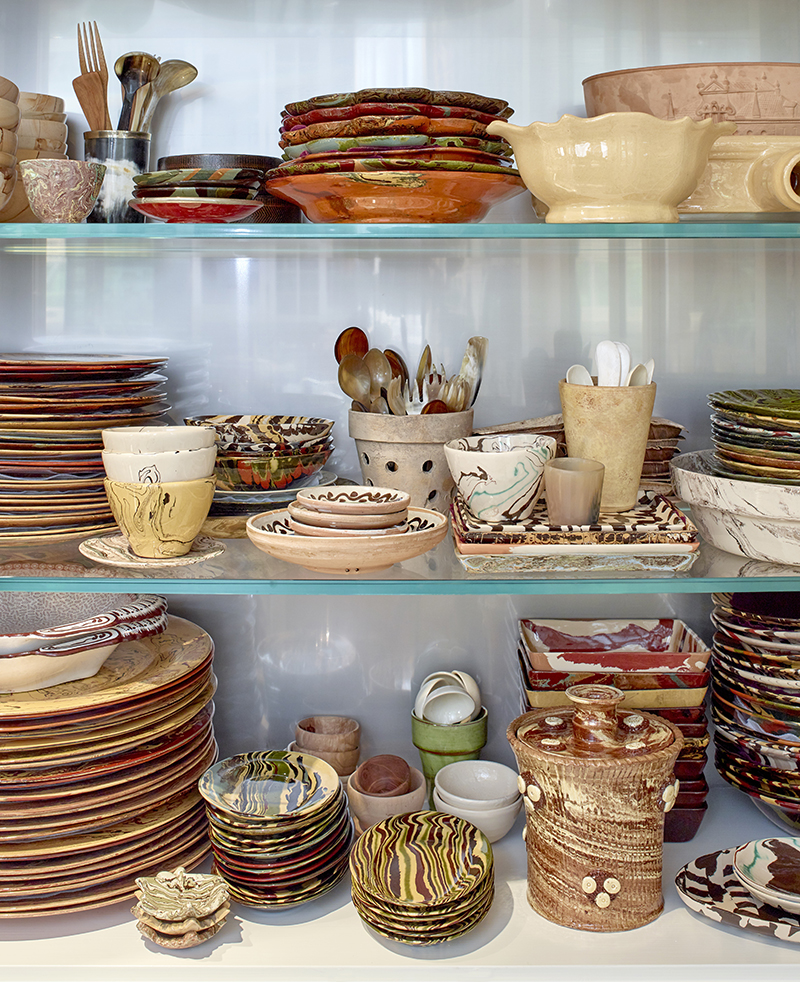 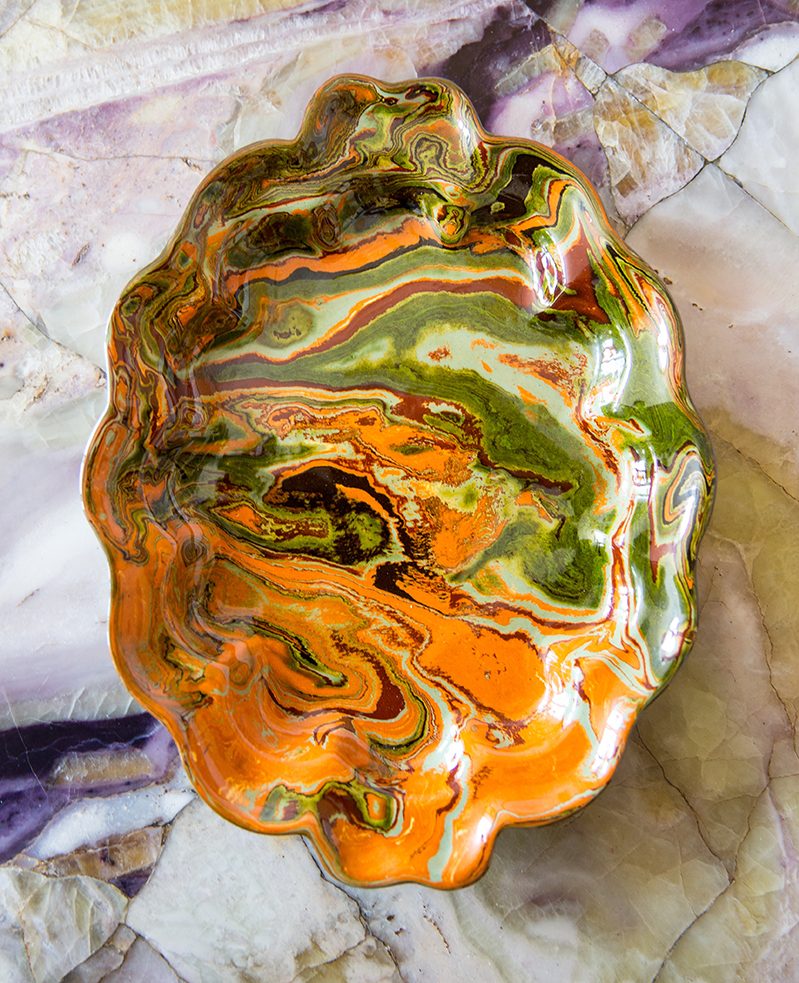 “A visit to Sylvie’s studio in Paris may have inspired our entire book,” says Schulak. “Her work personifies what At the Artisan’s Table is all about as she is truly the contemporary expression of historic ceramic techniques. Although grounded in history, Sylvie’s work is singular and very now. Her clay oxidation process creates the most unexpected ‘happy accidents,’ yielding vivid, marbleized surfaces that are like paintings for the table. A holiday dinner is a fabulous time to bring her tableware out—the bigger the dinner the better, as Sylvie’s work becomes even more fascinating when viewing a plethora of her variations side by side.” 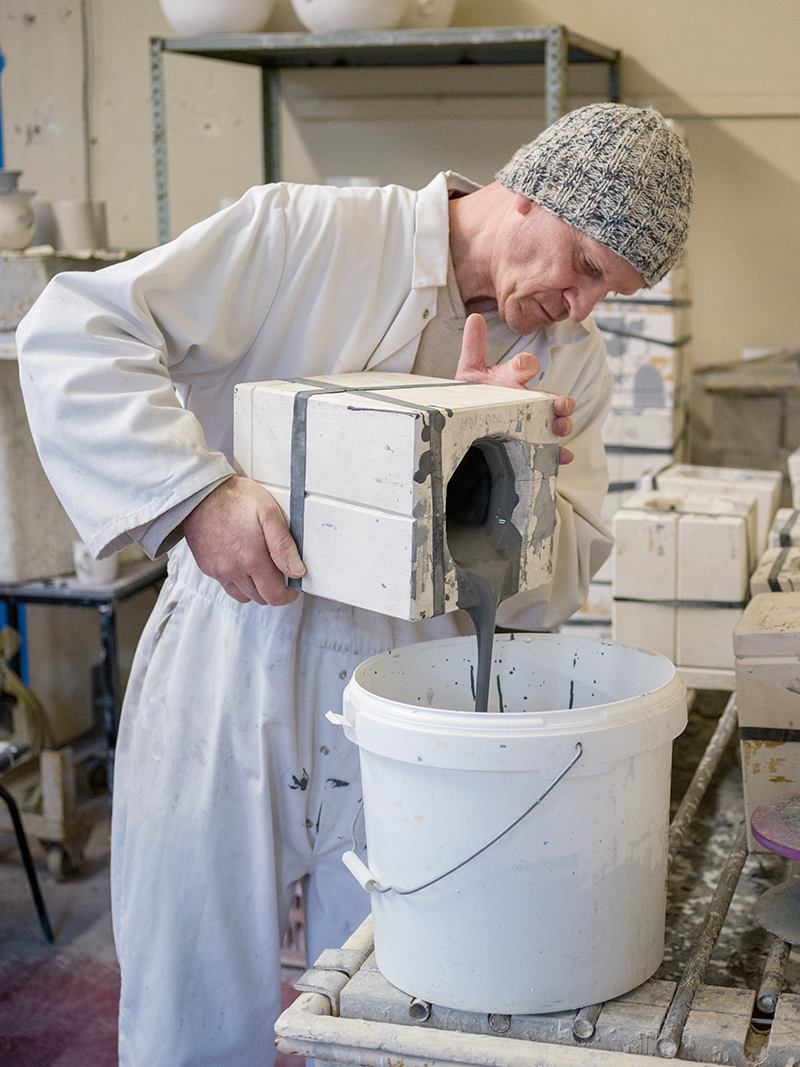 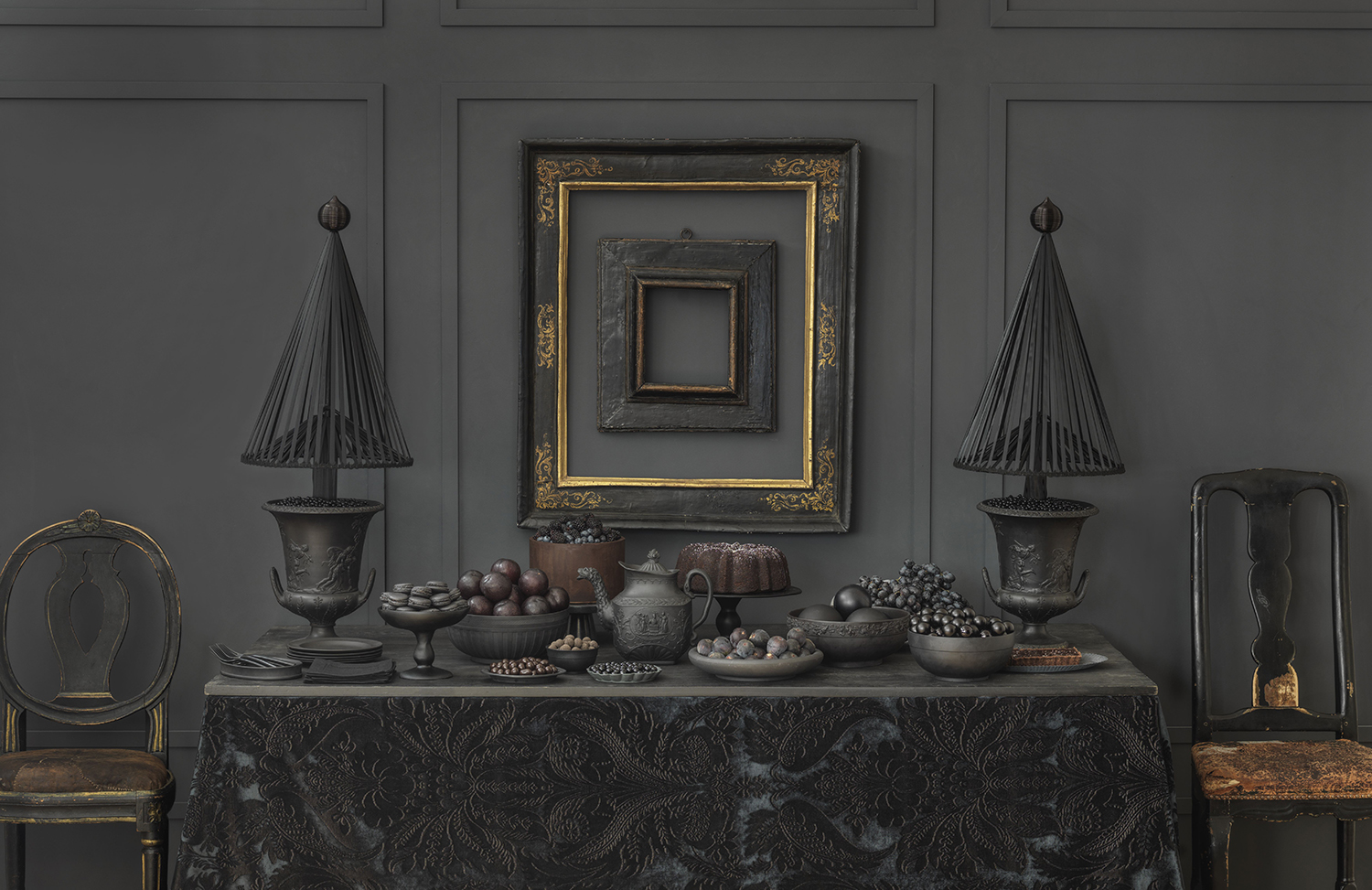 “We love that Max Lamb’s black basalt tableware finds its elegance in a Flintstone-like chunkiness; it’s as if a pitcher or a coffee cup was chiseled out of a hillside,” states Stark. “This is especially beautiful when juxtaposed to the delicate lines of 19th century black basalt Wedgwood, made from the same clay, in the same town in the United Kingdom. There’s always a fear that black will be read as too dark. On the contrary—these pieces trumpet such luminosity, they are perfectly combined for a festive, holiday dessert buffet hosting an array of chocolate confections.” 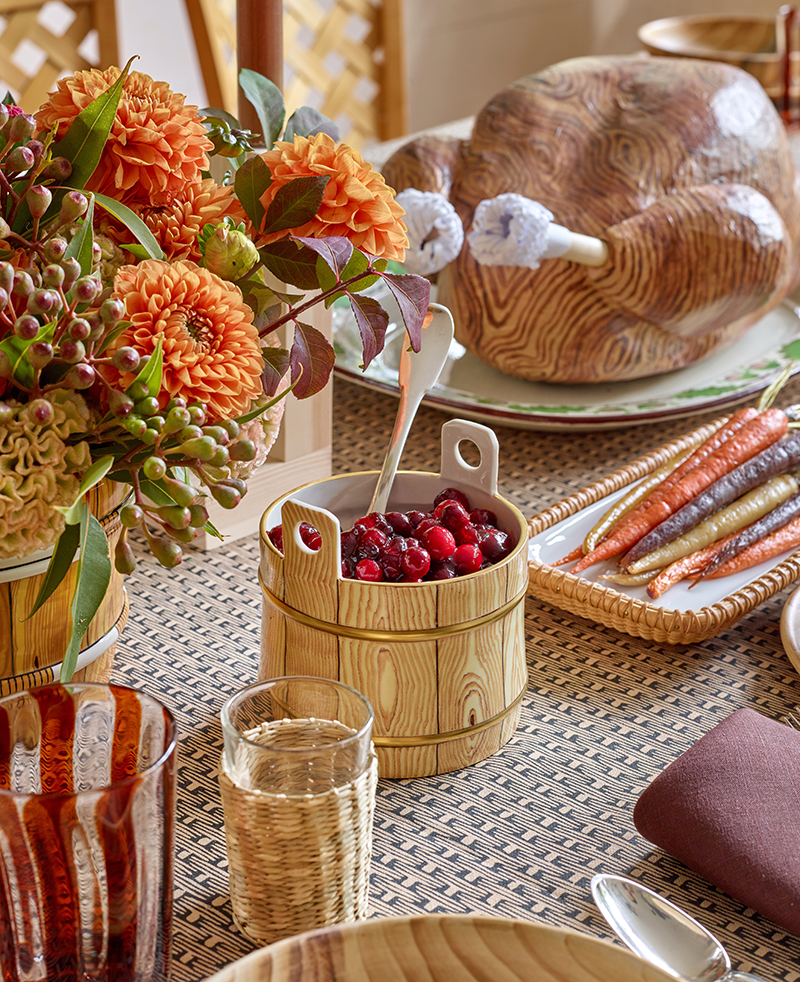 A faux bois cachepot rests on a tablecloth that is woven to mimic wicker. Photo: Aaron Delesie 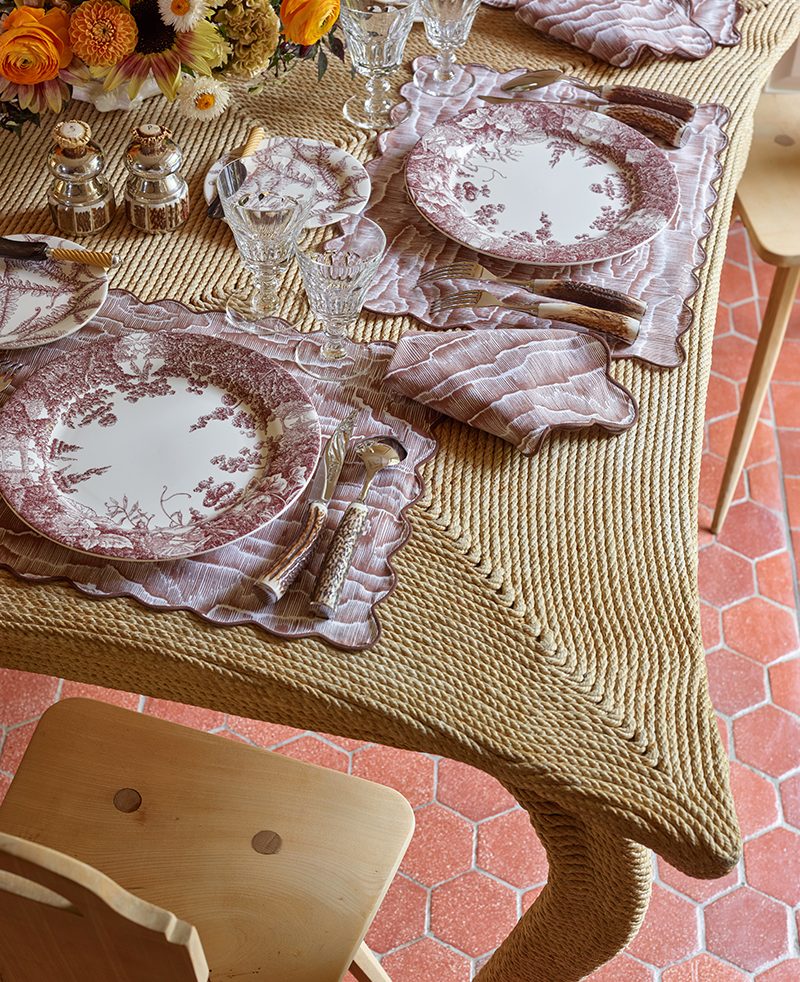 “There are actually a lot of examples of faux bois out in the world, but perhaps the most exquisite, hand-painted specimens are created at the Nymphenburg porcelain factory in Germany,” Schulak tells Galerie. “Their quality is so refined, the weight of the porcelain is so perfect, it’s hard to imagine getting any better than this. This tableware truly wants to be brought out for special occasions. How fabulous to sit around the table, united in gratitude for those that have learned the craft of this art form from generations of yore.”