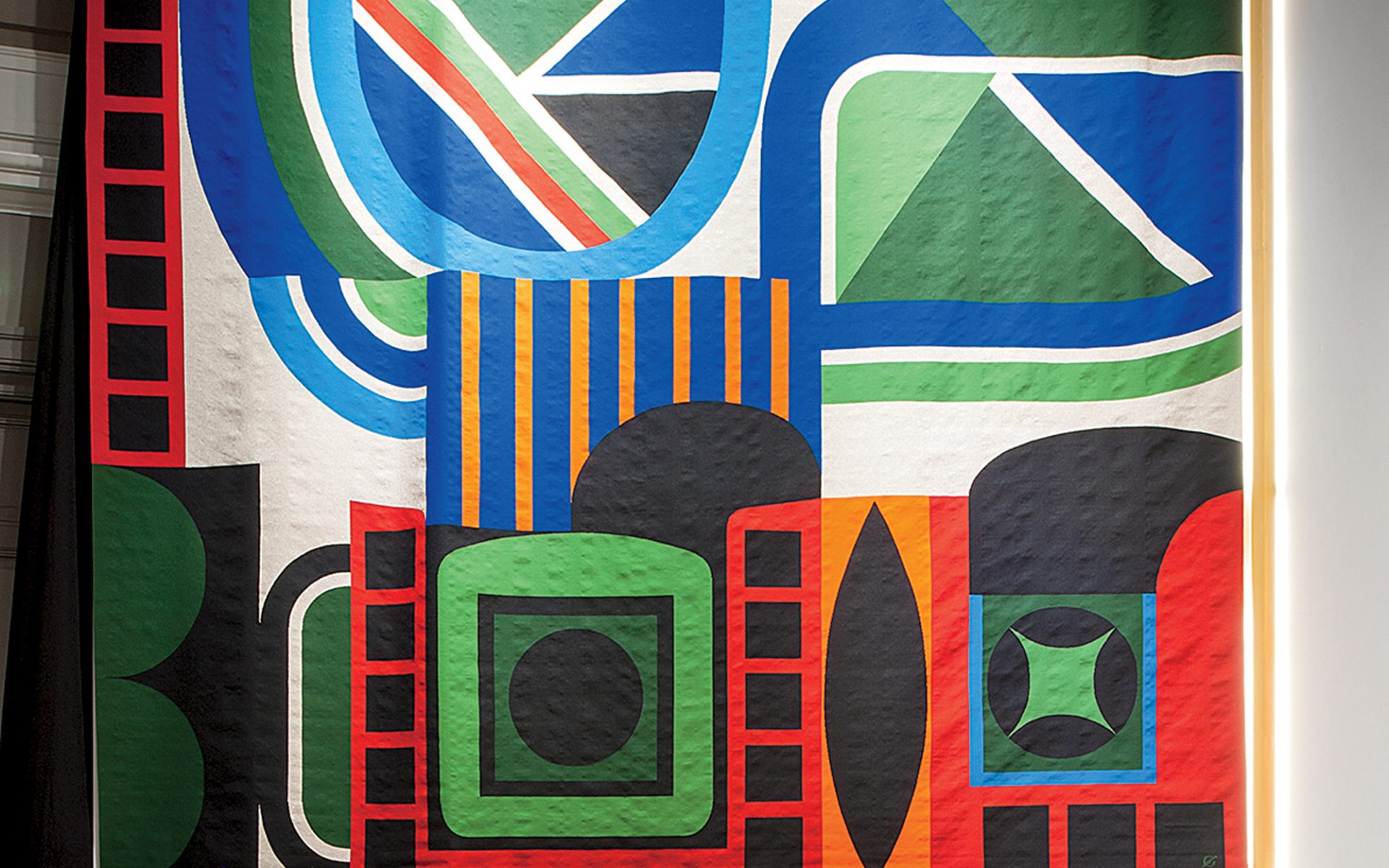 The Biennale des Antiquaires changes direction this year. Here, we take you behind the scenes.

The Biennale des Antiquaires fair, held in September biannually at Paris’ elegant and iconic Grand Palais has for decades been a tastemaker and a principal retailer of antiques, Old Masters, high jewelry, and ancient art to connoisseurs. The 2016 edition opened amid the exit of some prominent jewelry houses and press regarding the business practices of some previous exhibitors. Meanwhile, new management fretted the classic event was simply too old-fashioned to thrive.

“How can we expect people to travel from all over the world to a fair with no concierge, no VIP cars, no VIP lounge?!” said the veteran event’s new director, Jean-Daniel Compain, on opening day.  So those amenities were added, and many more international galleries invited. “Big changes” were needed, he said. In the biggest shift, many of the 125 exhibitors who attended paired classic works with contemporary pieces. A Damien Hirst painting, for example, hung not far from a De Jonckheere Gallery exhibition of works by the followers of Renaissance master Hieronymus Bosch. Paintings by Robert Rauschenberg and Lucio Fontana decked other walls of the Biennale. Strikingly, in a special loan exhibition, Le Mobilier National, which curates the interiors of France’s palaces, presented 20th-century furniture.

It was this juxtaposition of old and new that proved the secret of success for some. At the booth of Paris dealership Galerie Chevalier, wares on display included both centuries-old tapestries and some made in 2014. Interestingly, the first thing to be put on hold in the booth was Young Icarus, a 2013 tapestry by American artist Jon Eric Riis. Packed booths at the VIP opening cocktail included first-time exhibitor Maison Gerard of New York, boasting two spectacular tortoiseshell cabinets, as well as the noted Belgian dealer in Asian art, Gisele Croës. Her booth also bridged the centuries, exhibiting a Shang Dynasty (circa 1600–1046 BC) Buddhist figurine that attracted buyer interest swiftly, and a pair of 18th-century enameled garden seats—once owned, Croës said, by Marcel Proust—that were passed down to the writer from his world-traveling father. The pair was priced at $325,000.

In a “go” signal for market watchers, a breakout hit was Robertaebasta Gallery, a Milan-based specialist in 20th-century Italian design. Grabbing perhaps the most attention at the fair, Geneva, Switzerland jeweler de Grisogono debuted The Constellation. The 813-carat rough-cut diamond had changed hands earlier in the year at Sotheby’s for $63 million. Going forward, the fair drops its “Biennale” title and will be held annually. Explained Mr. Compain: “How can you have a fair of international importance only every other year?”