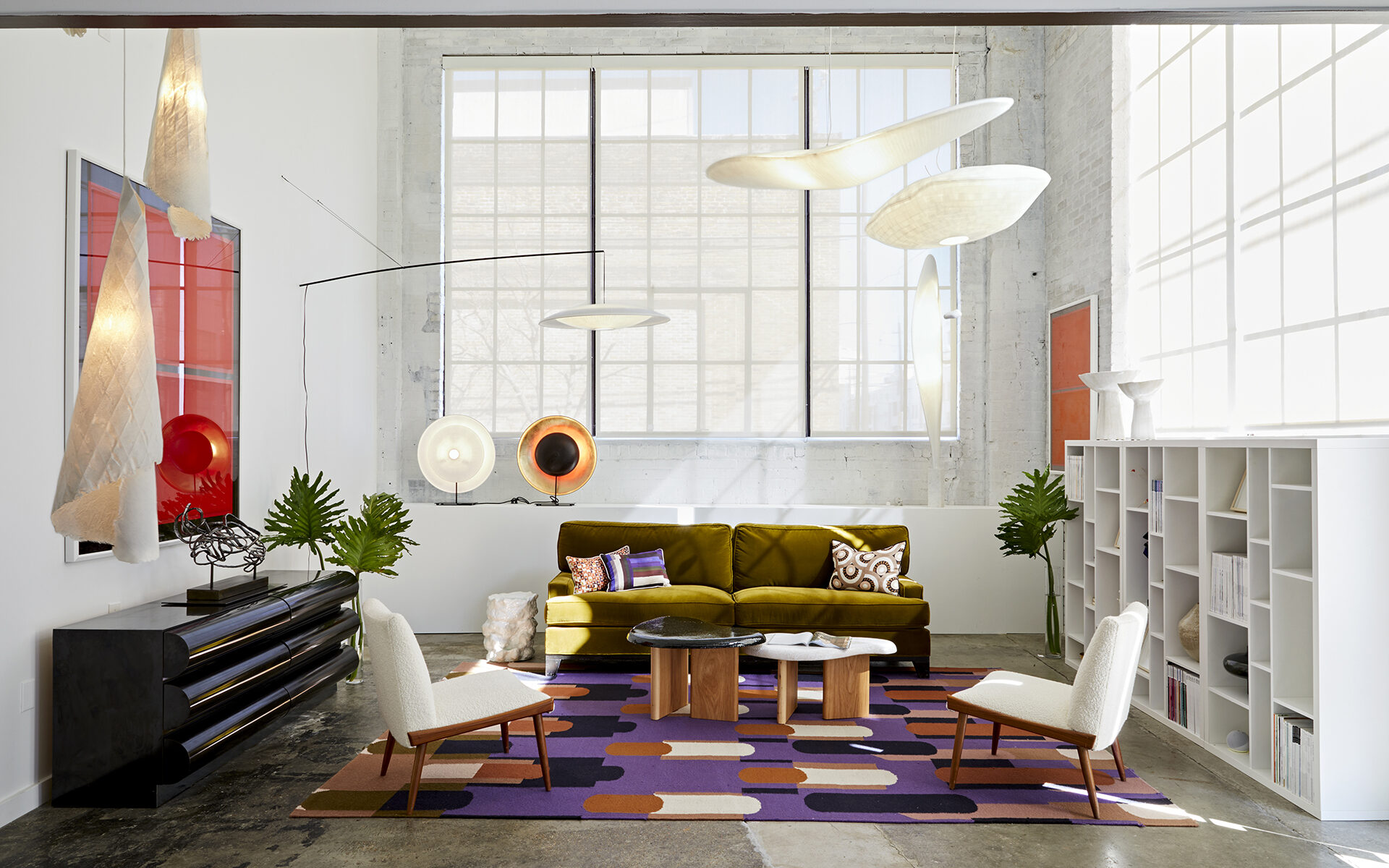 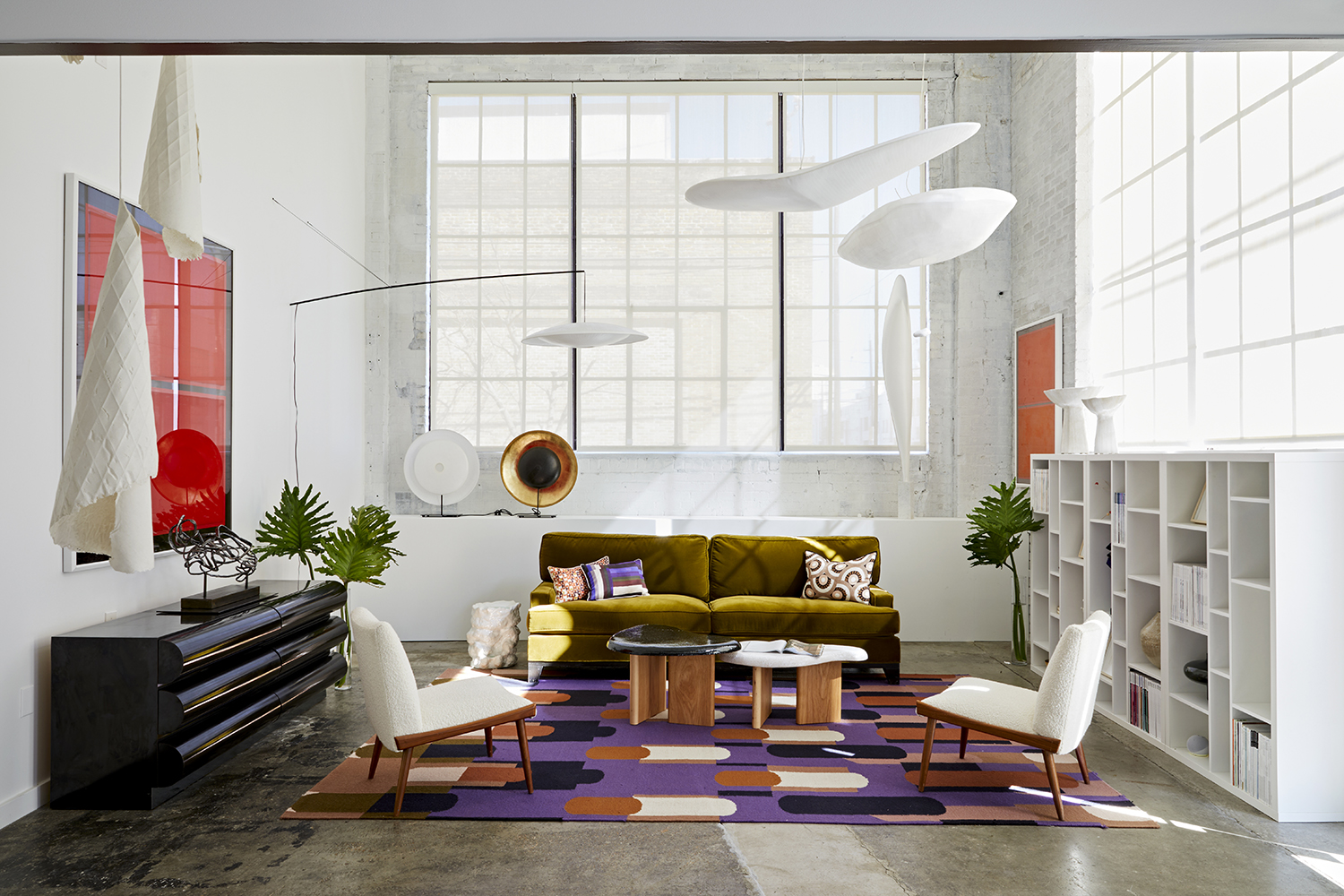 Already a pioneer in the lighting market, Swadoh offers a curated selection of artisanal fixtures handcrafted by Parisian makers. Among its unique offerings are exclusive collaborations produced in conjunction with artists such as textile designer Morgane Baroghel-Crucq and painter Tiffany Bouelle. Now, the New Orleans purveyor has debuted an innovative destination that allows visitors experience the pieces in an intimate, residential-style setting. Open in the city’s Warehouse District, Maison S displays works like the conical quartz pendant Albatros, cloudlike Nuage chandelier, and sculptural Corolle table lamp alongside custom furniture and wall coverings by Swadoh founder Valerie Legras and art by local talents like Mason Dupré, Leroy Miranda Jr., and Kristina Larson. Not only is everything in the gallery available for sale, guests can also reserve the space for overnight stays, putting art-minded travelers in close proximity to some of the city’s most exciting neighborhoods as well as many of its most up-and-coming talents. —Jill Sieracki 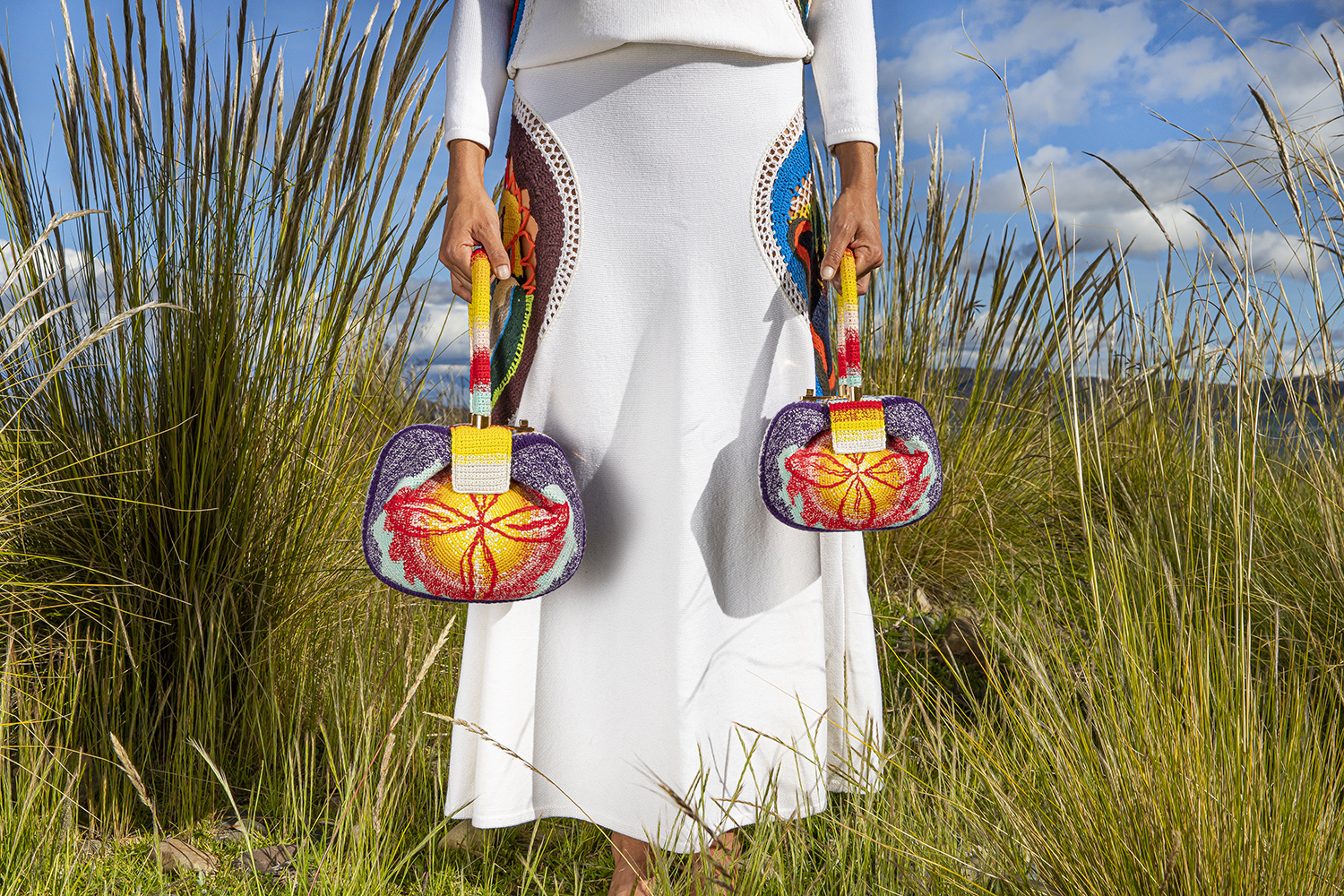 New York designer and sustainability maven Gabriela Hearst has collaborated with the Bolivian-based non-profit organization Madres & Artesansas Tex, a group of mini-businesses administered by and made up of women dedicated to the production of high-quality handmade fabrics. Working closely with some of the women in Bolivia, Hearst—who was also one of Galerie’s 2021 Creative Minds—has reimagined her signature Nina and Demi bags, crafted from cashmere that has been hand-crocheted by the artisans, inspired by a sketch. “I knit to improve my life,” says Julia, one of the artisans, in a film shot by Hearst. “I didn’t really learn how to knit,’ says another, Maria Louisa, who joined Madres & Artesansas Tex around five years ago after her daughter had grown up and gone to school. “I started watching people do it, but I think it was my passion since birth. I never thought I could get a steady job knitting. When I knit, I find such calm.”  The collection debuts on April 21, which is Earth Day. —Lucy Rees 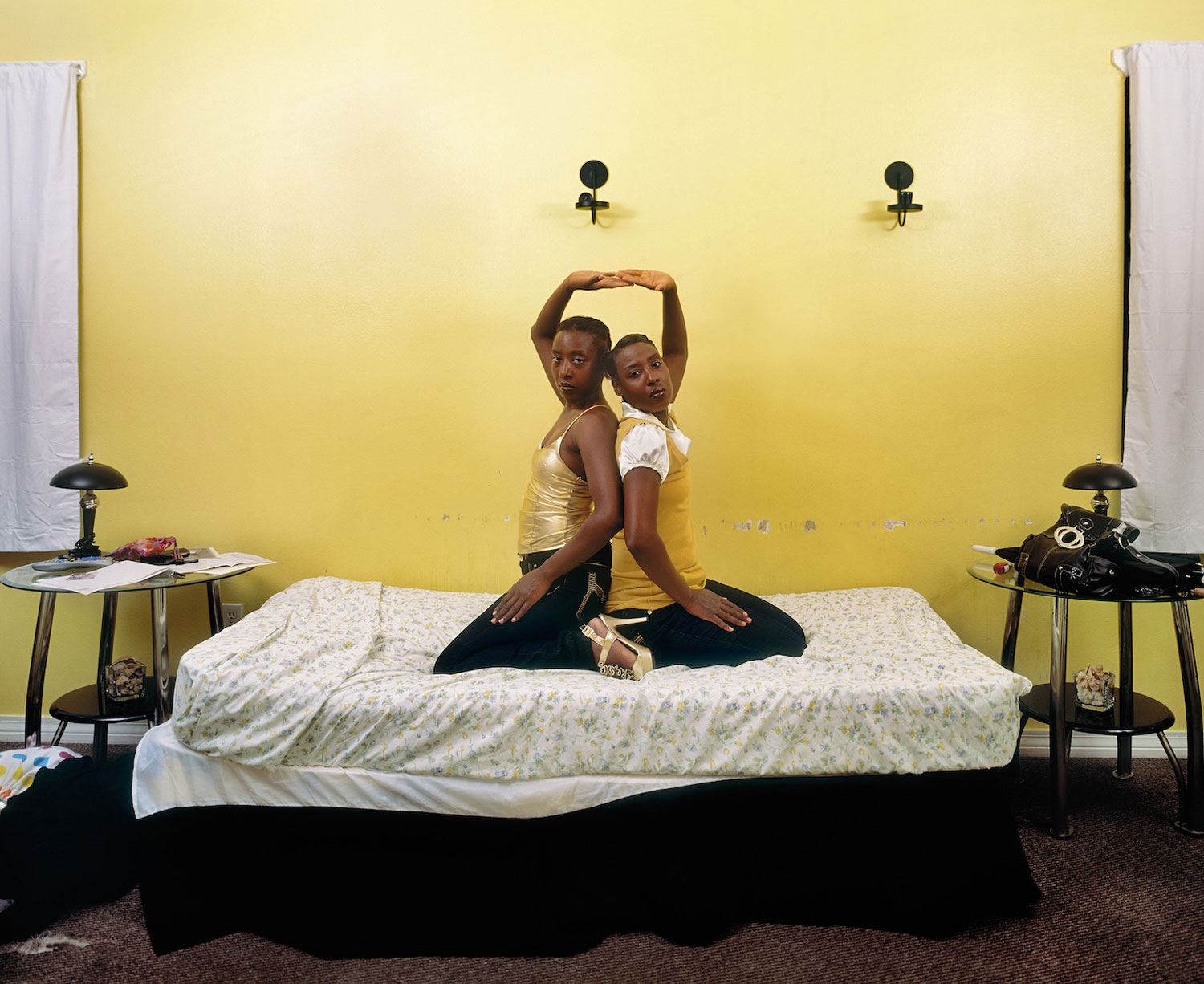 For the next stop of its U.S. tour, “Deana Lawson”, the first museum survey dedicated to the work of the award-winning photographer, has landed at MoMA PS1 in New York City. The potent exhibition draws a narrative thread through nearly two decades of Lawson’s photo-based works, challenging the conventional representations of Black life through powerful portraits of everyday people in domestic settings. Utilizing many visual languages from documentary photography to staged tableaux, the more than 50 works in the exhibition will be on display until September 5. —Stefanie Li 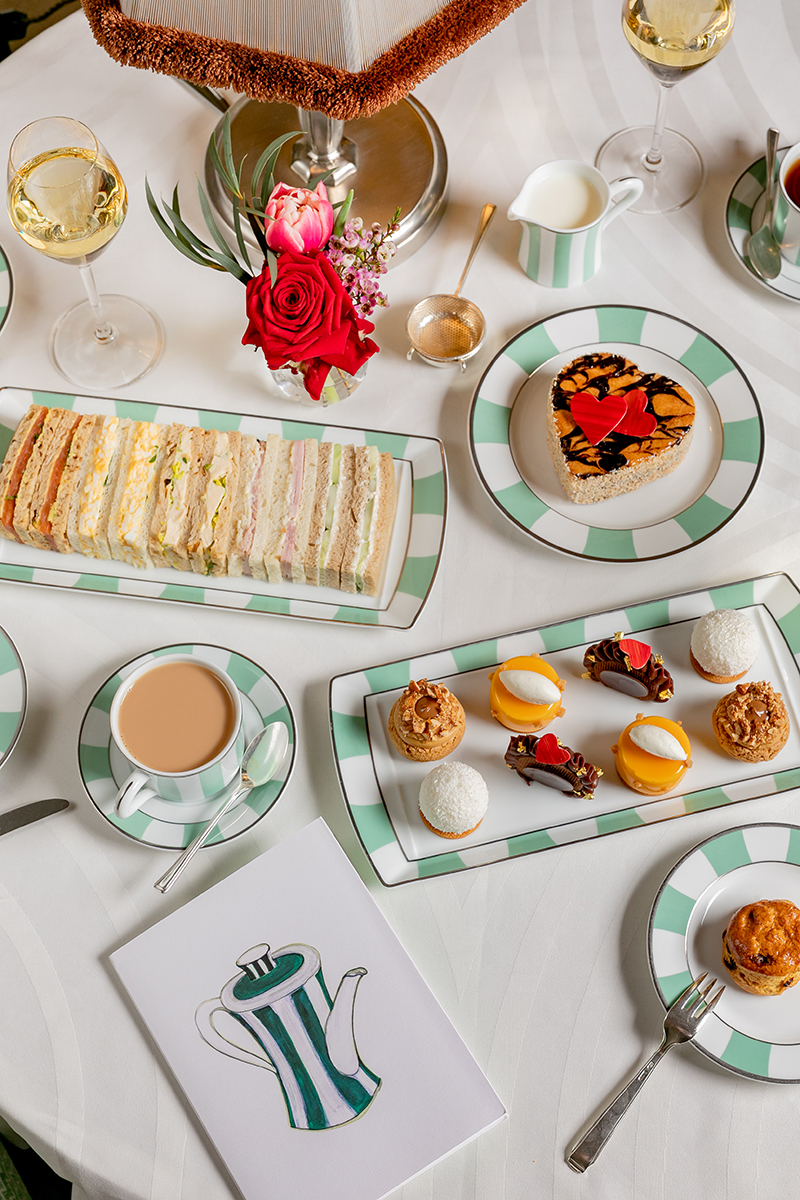 Five-star hotel Maybourne Beverly Hills plans to bring an authentic English experience for visitors thanks to a visit from its London sister hotel, Claridge’s. Starting on April 23, this weeklong residency will offer guests a twist on the traditional British teatime ritual by blending Californian flavors into their selections in a collaboration between Claridge’s team and Maybourne’s Executive Chef, Kaleo Adams. This event marks the first time in 150 years where the luxury London hotel has left Mayfair, and is in anticipation of Maybourne Beverly Hills debuting their own afternoon tea next year. Prepare to enjoy garden views while sipping on a variety of the world’s finest loose-leaf teas and snacking on cheeky bites, including classic smoked salmon and cucumber sandwiches, Maine lobster and flour tortillas, scones, and cakes. At the end, glasses of Laurent Perrier champagne will be provided to serve as a final toast to this exceptional afternoon. —Shelby Black

A film still paired with a work by Matisse. Photo: Courtesy of the Boca Raton Museum of Art

5. The Art of Hollywood Cinema Gets the Spotlight in Florida

The Boca Raton Museum of Art is celebrating all things Hollywood this spring, debuting an exhibition that examines the fascinating history of the backdrop in cinema as well as an artful show curated by the museum’s Senior Curator Kathleen Goncharov and featuring works by artist Bonnie Lautenberg. On view from April 20 through next May will be a collection of some of the most iconic backdrops made for movies between 1938 and ’68, shedding light on a popular art form that had almost been forgotten. Complimenting the show on the second floor of the museum is an exhibition of photographs by Lautenberg, who pairs iconic artworks with stills from Hollywood movies released the same year the artwork was made. Take, for example, Rene Magritte’s The Lovers and The Mysterious Lady starring Greta Garbo, both from ’28, or a still from the ’52 film Singin’ in the Rain connected to an artwork by Yayoi Kusama. —LR 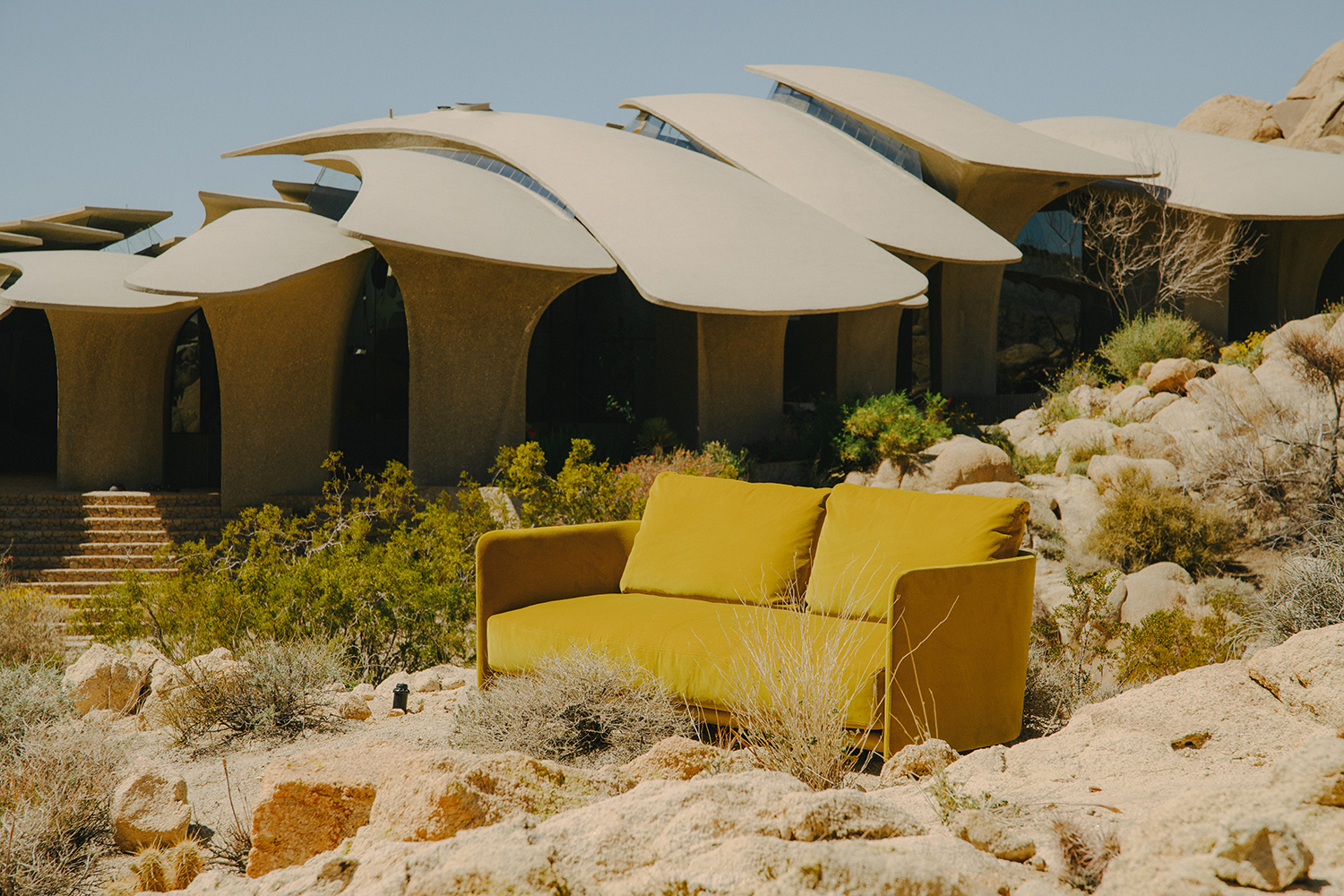 Designed in the 1980s by Frank Lloyd Wright disciple Kendrick Bangs Kellogg, the sculptural Kellogg Doolittle House in Joshua Tree, California, is the striking setting for a new collection of furnishings from Boffi | De Padova, two beloved Italian brands that merged in 2015. Taking almost 20 years to complete, the dramatic residence resembles a massive dinosaur fossil thanks to its organic shapes and overlapping ribbed roof, not to mention numerous boulders that have been incorporated into its interiors. The new campaign was shot by Dominican artist Victor Stonem, whose photographs showcase contemporary furnishings including De Padova Yak outdoor armchairs (in Ecru), the De Padova Blendy Movie sofa (in Senape velvet), and the Boffi Mini Kitchen—all of which perfectly complement the monumental architecture and serene desert palette. —Geoffrey Montes