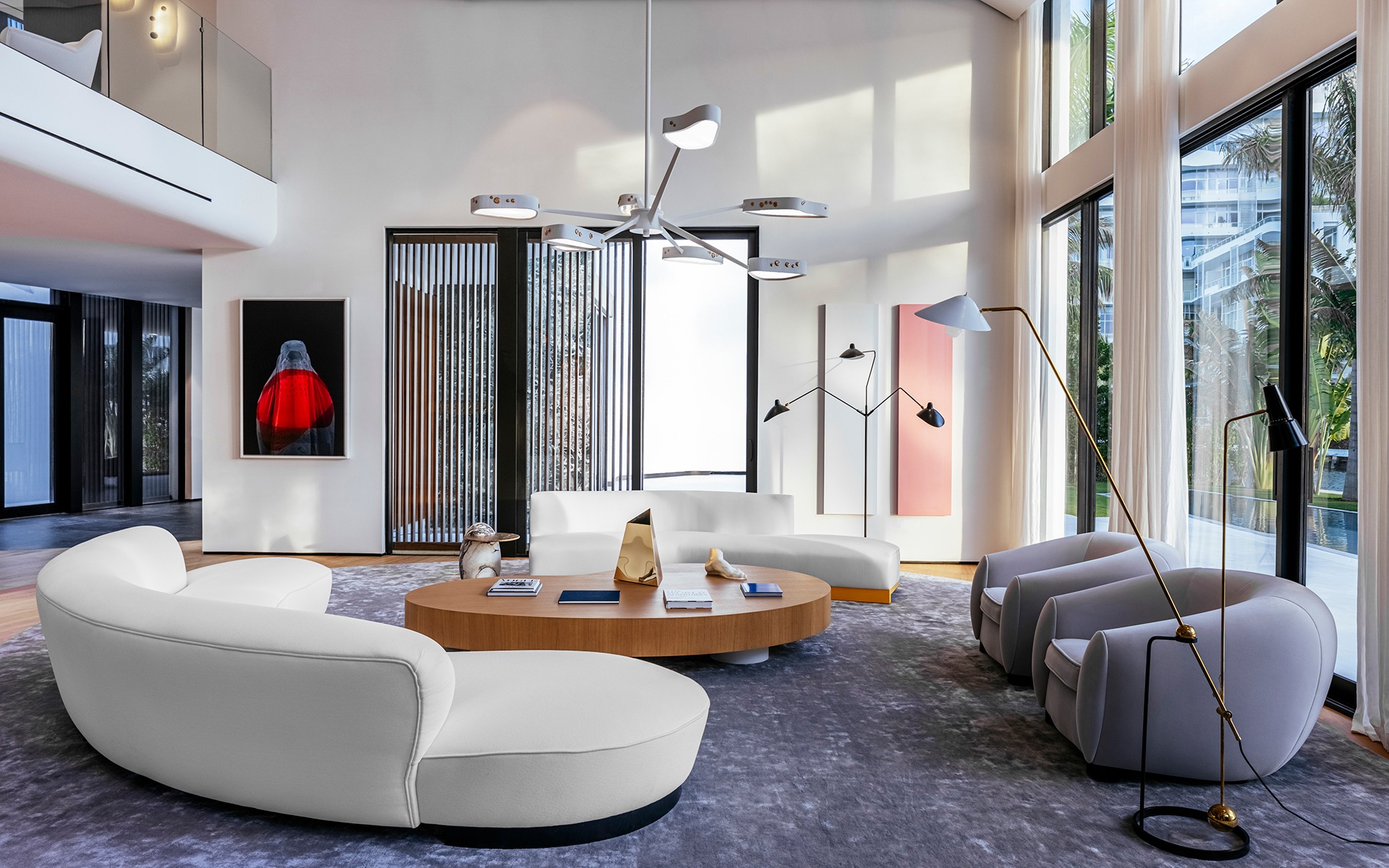 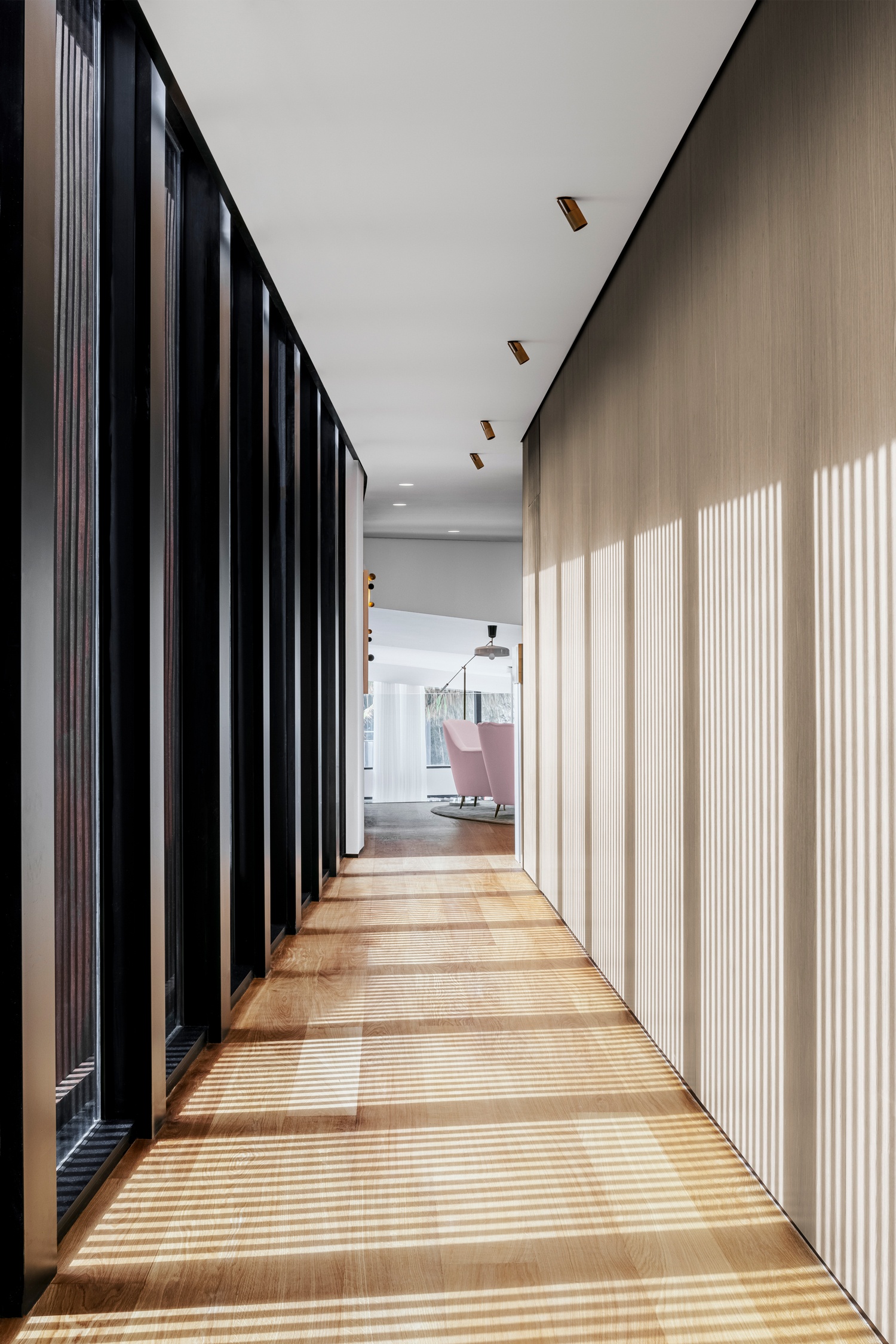 A corridor in the home features a dynamic interplay of light and shadow. Photo: Kris Tamburello

Known around the world for his glamorous interiors and with striking architectural gestures, Achille Salvagni seems perfectly suited for high-octane Miami Beach. In fact, the rollicking island city—which has seen its pricey real-estate market heat up during the pandemic—is the location of  the Rome-born architect’s latest project: a $21 million waterfront estate that he designed top-to-bottom and decorated with a major collection of vintage European furniture.

“I aimed to combine clean, modern lines with pops of color reminiscent of Gio Ponti and the bold architecture that defined 1950s Miami,” Salvagni tells Galerie. “I wanted to create an environment where my clients could escape to and feel like they were living the glory days.”

Embodying that aesthetic is the 8,000-square-foot home’s double-height living room, which overlooks the pool, garden, and waterfront. “It’s the perfect gathering place for intimate cocktails with family and friends and offers a great connection to the outdoors,” he says. “What makes the room for me is the dramatic exposed staircase with bronze details and the high-gloss blue-lacquer column with a bronze reveal. It was a great solution where I was able to turn a necessary architectural element into an artistic sculptural element.” 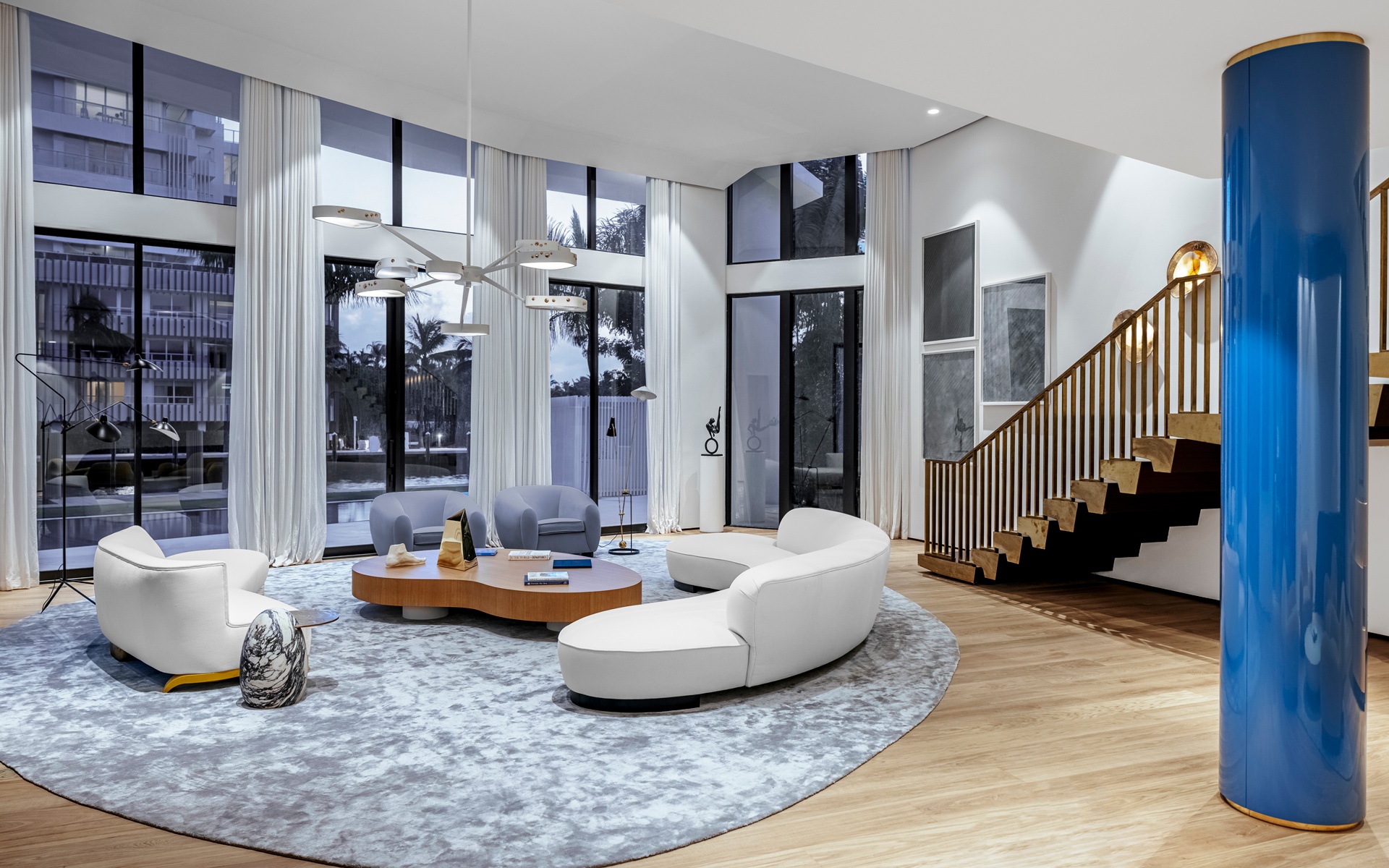 As with all of Salvagni’s projects, materiality was of utmost importance. To that end, he sourced all of the hard surfaces directly from Italy, including rare stone and wood that sheathes much of the interiors. “The home features brushed Negresco, Verde Alpi, and Malyat limestone, and Belgium Black marble throughout,” he lists. “I also used fine woods, including French polished mahogany, brushed and natural oak, and bronze.”

To decorate, Salvagni not only custom crafted many of the furnishings and lighting fixtures but also deployed a sumptuous array of 20th-century European pieces by the likes of  Paolo Buffa, Stilnovo, Fontana Arte, Serge Mouille, Pierre Guariche, Angelo Lelli, and Marco Zanuso. Buyers smitten with the glamorous interiors can purchase the seven-bedroom estate fully furnished—for an additional $1.2 million over the asking price.

810 Lakeview Drive in Miami Beach is listed with Oren Alexander of Douglas Elliman for $21 million. See more photos below. 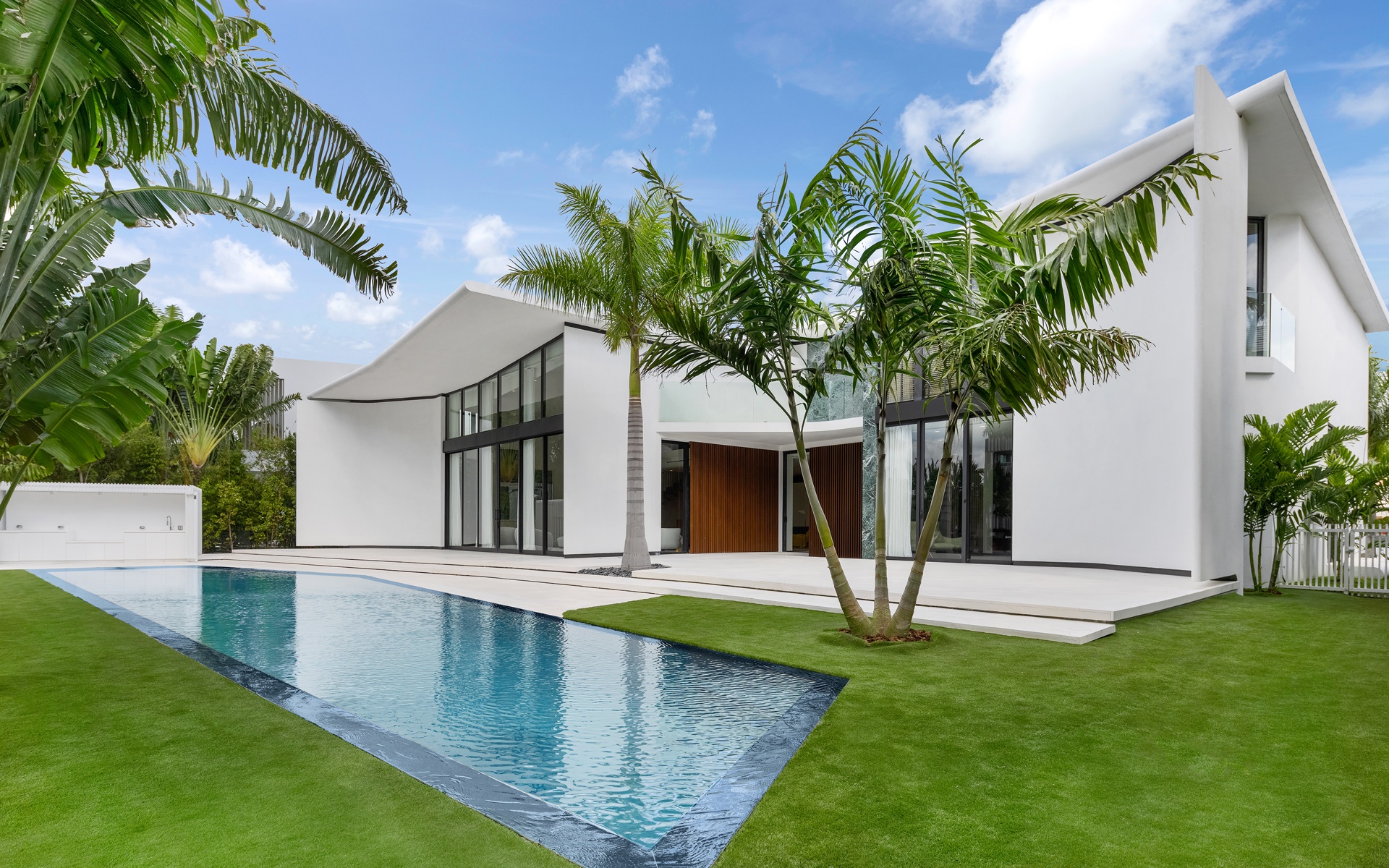 The architecture features large seagull-shaped walls that welcome and reflect the sun around the infinity pool in a reference Asian influences. Photo: Douglas Elliman 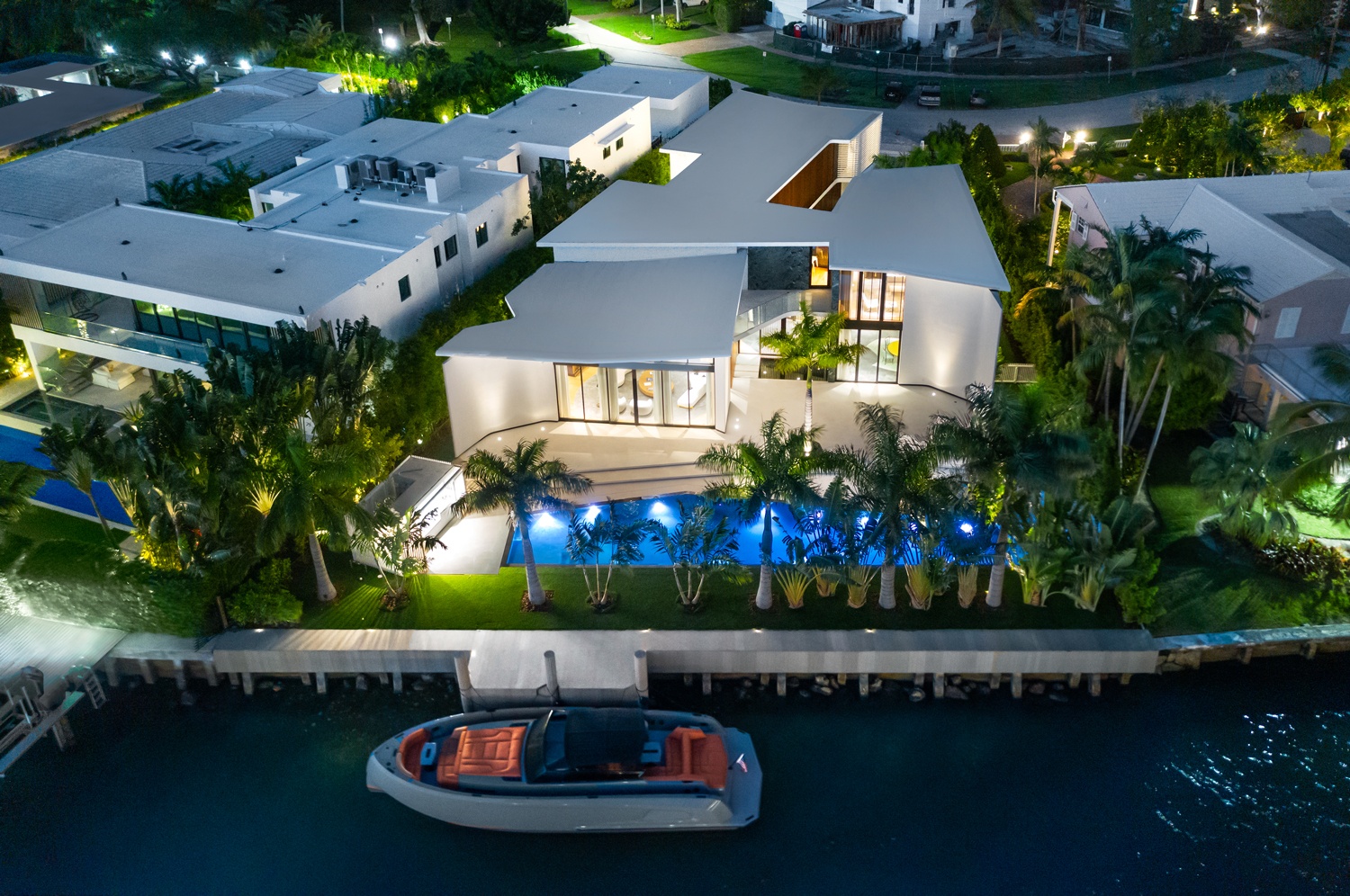 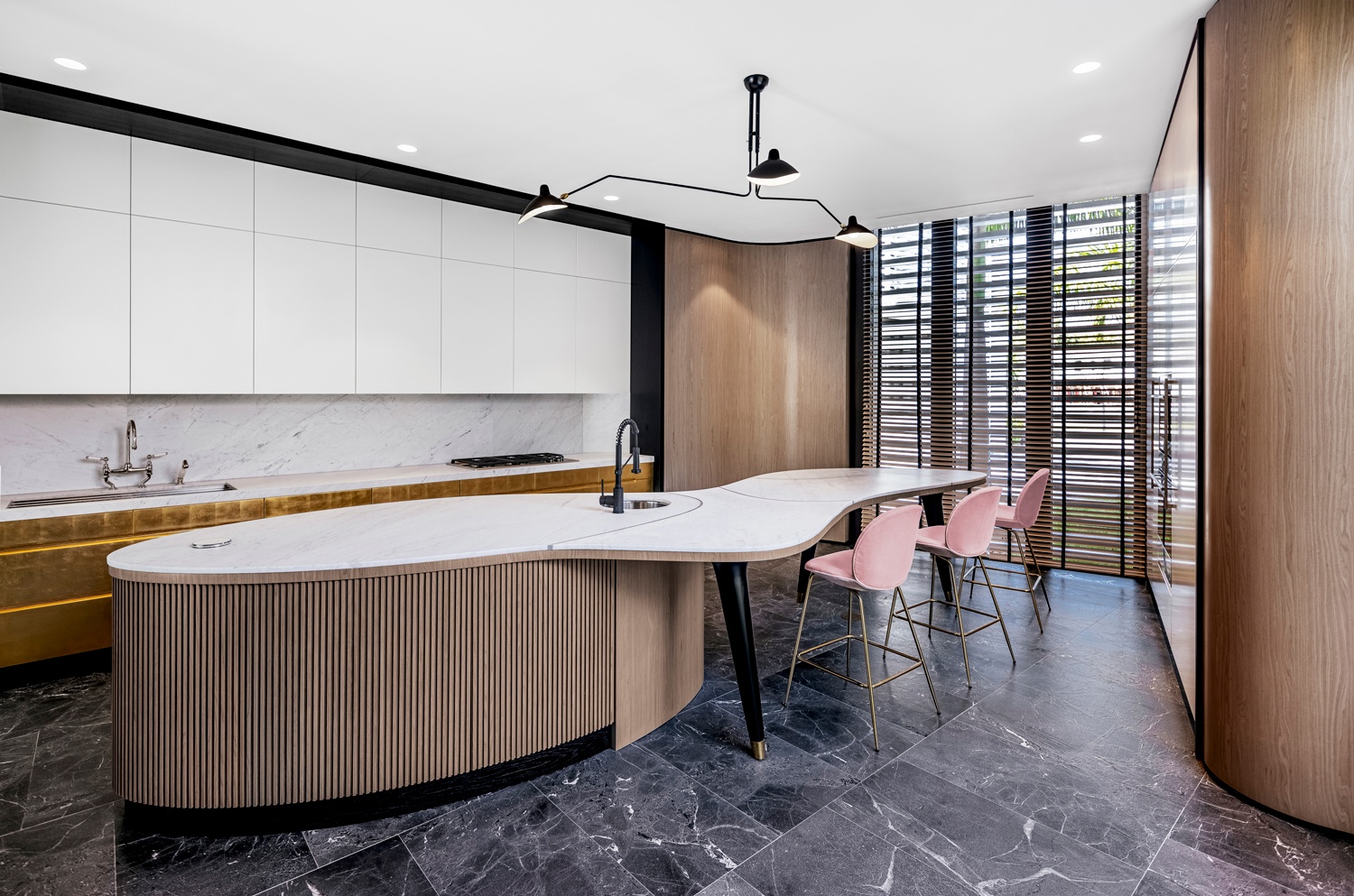 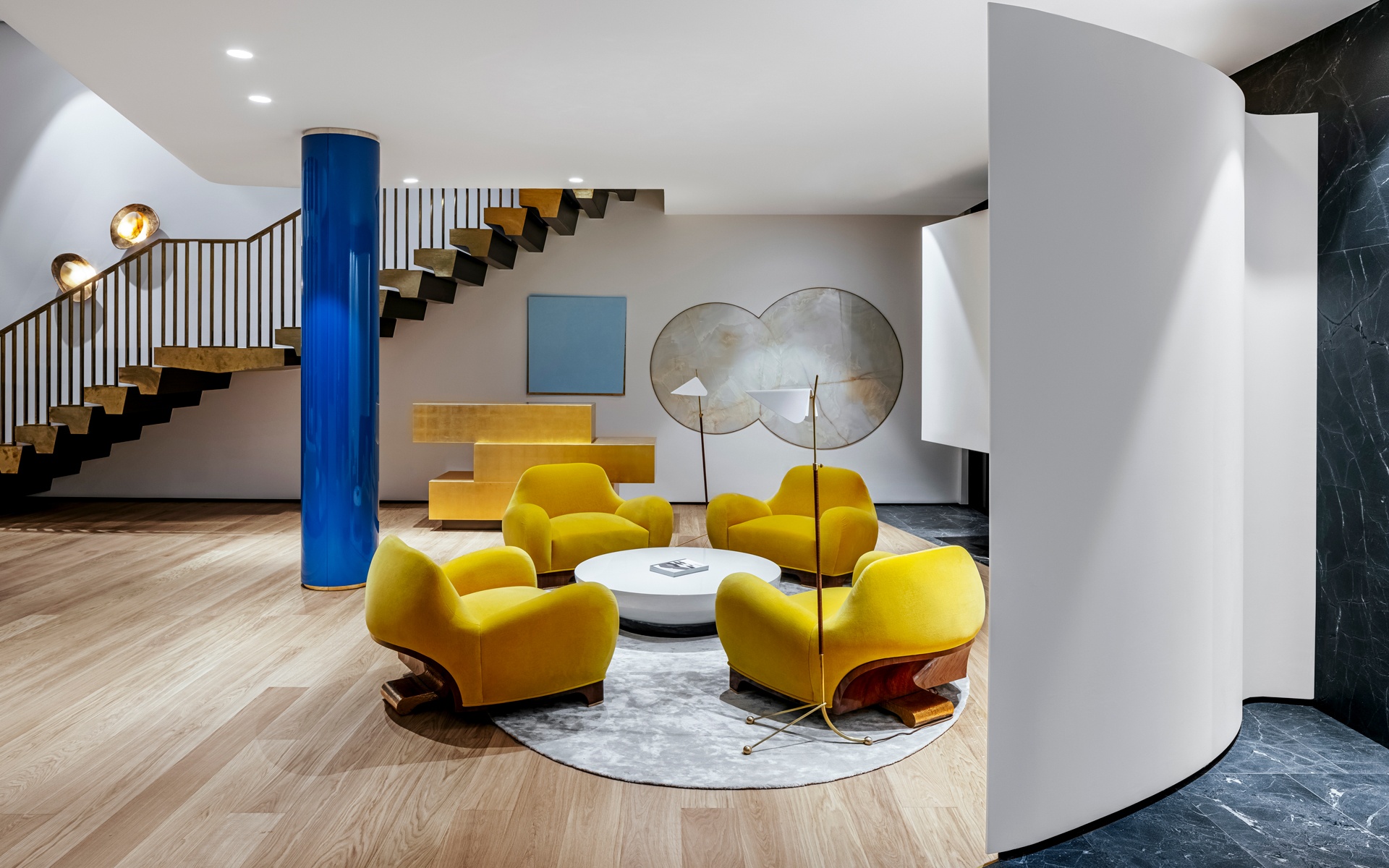 A sitting area off the living room with sunshine-colored armchairs. Photo: Kris Tamburello 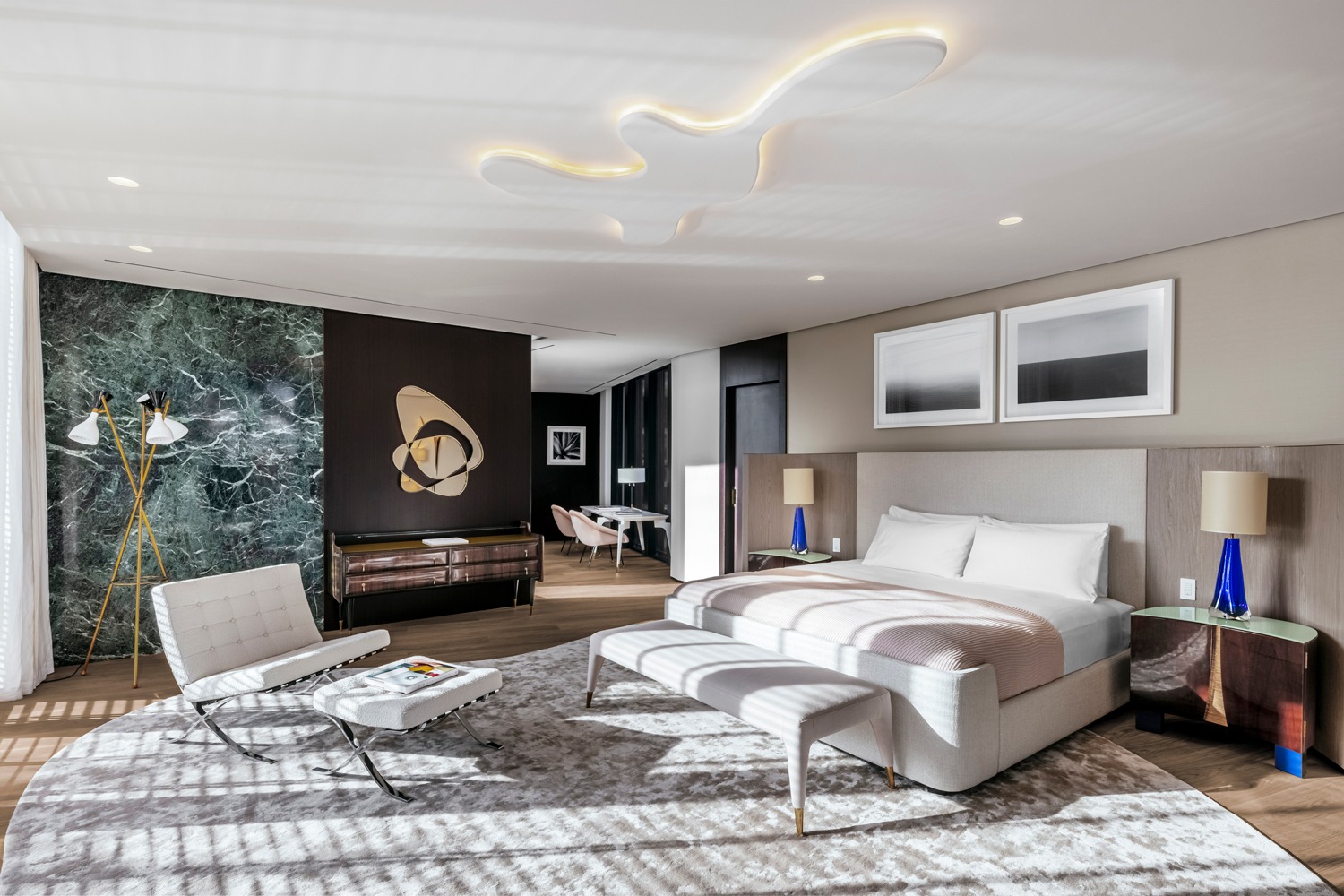 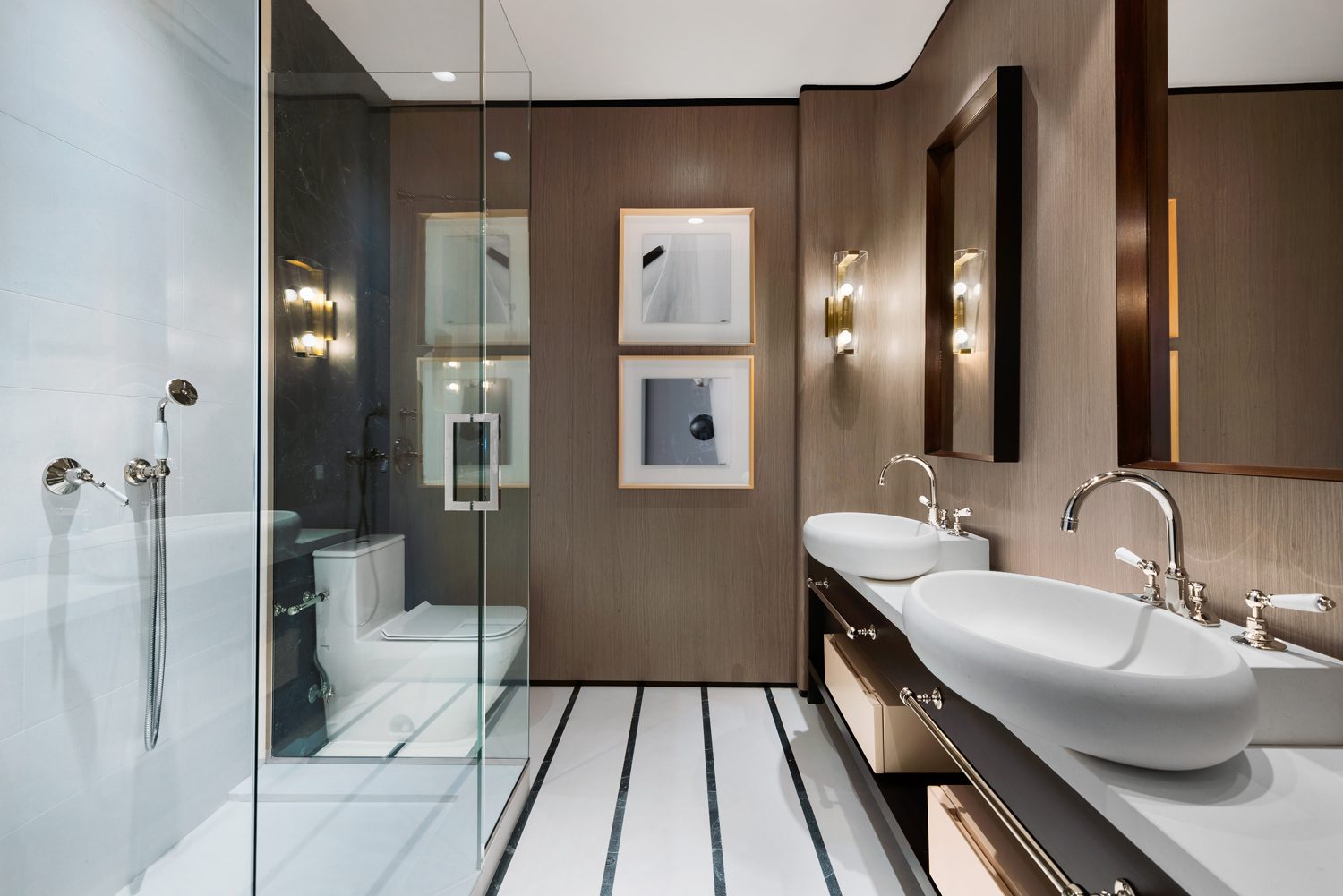 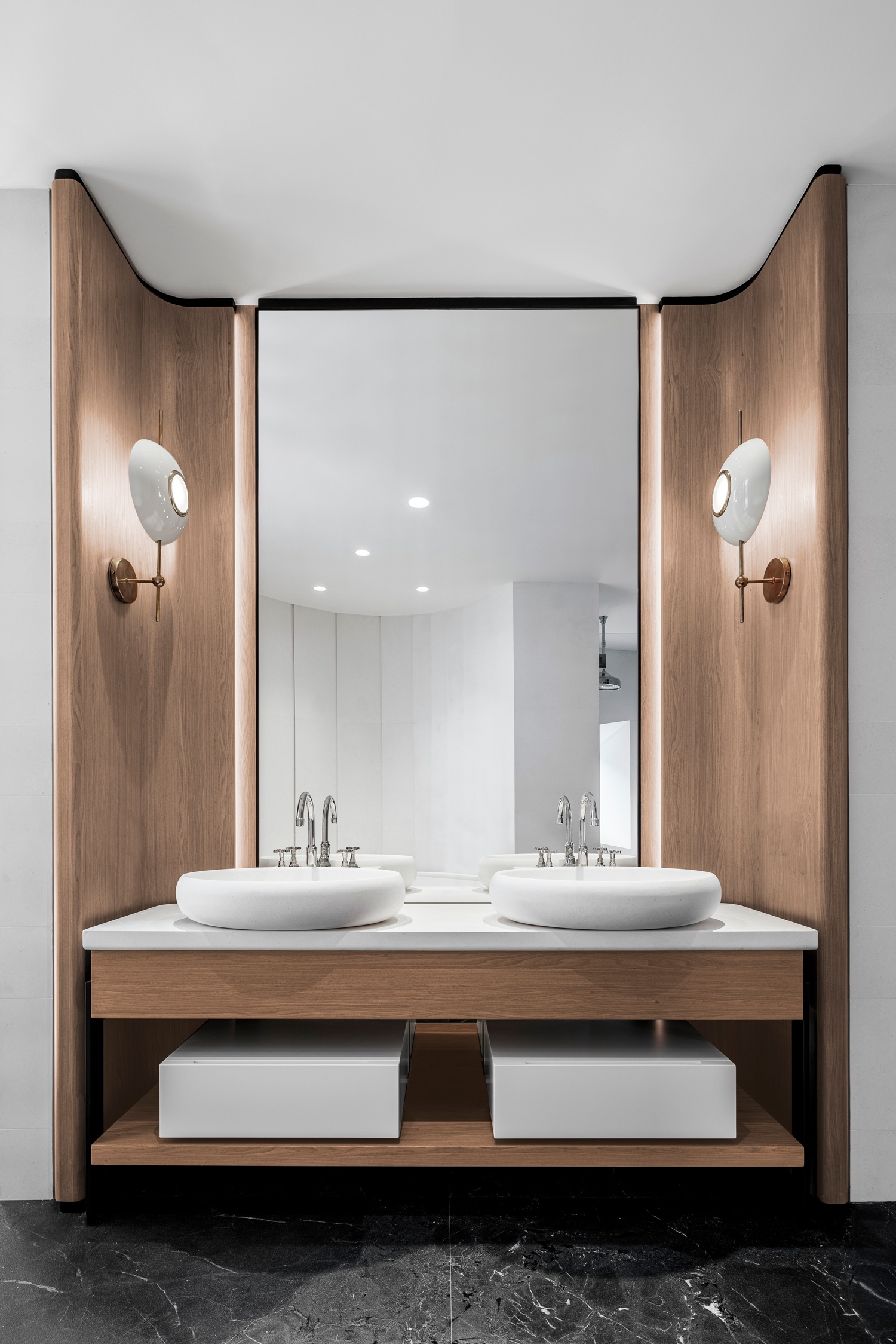 The vanity in one of the six baths. Photo: Kris Tamburello 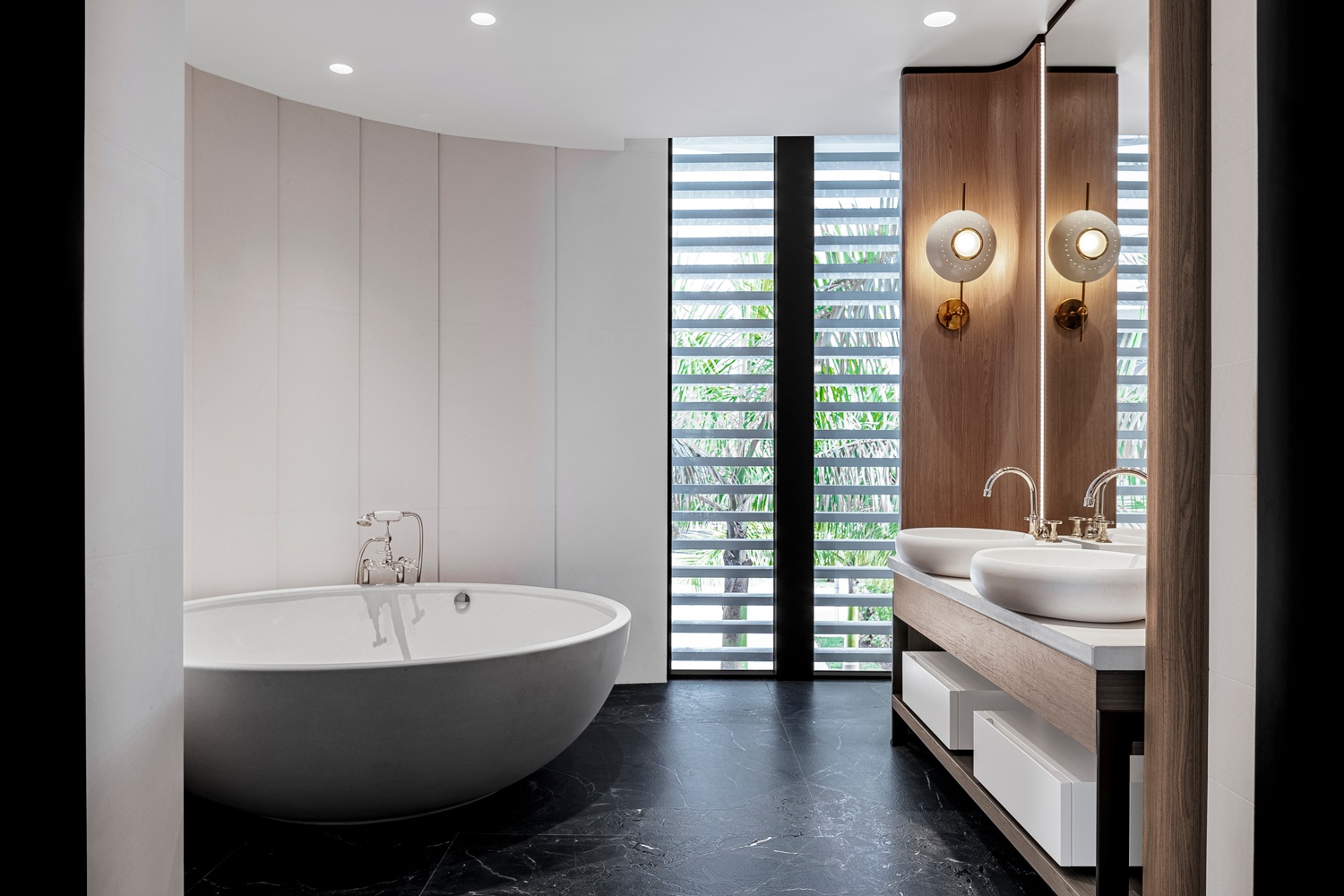 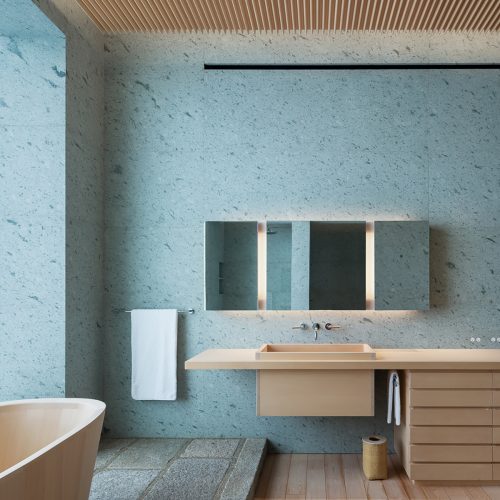 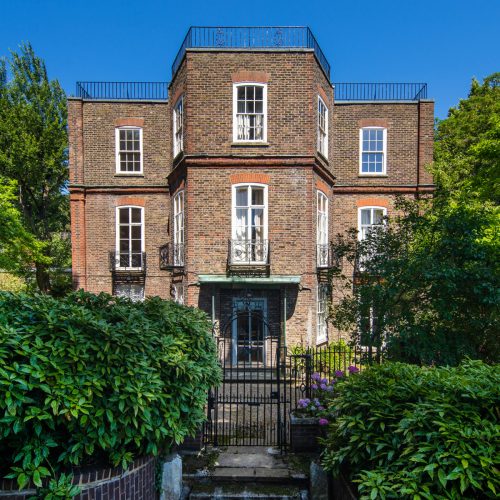 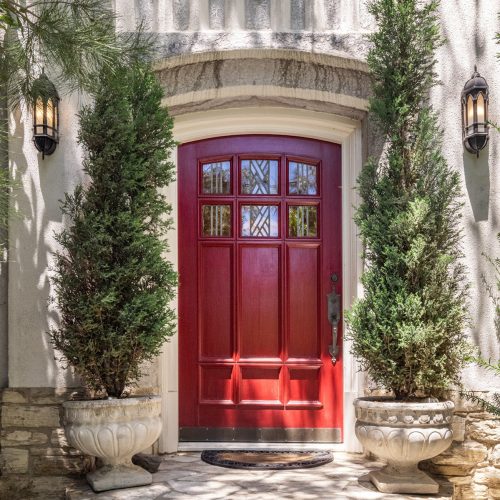 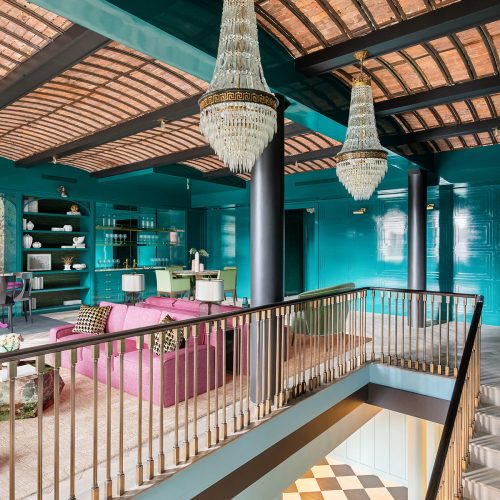