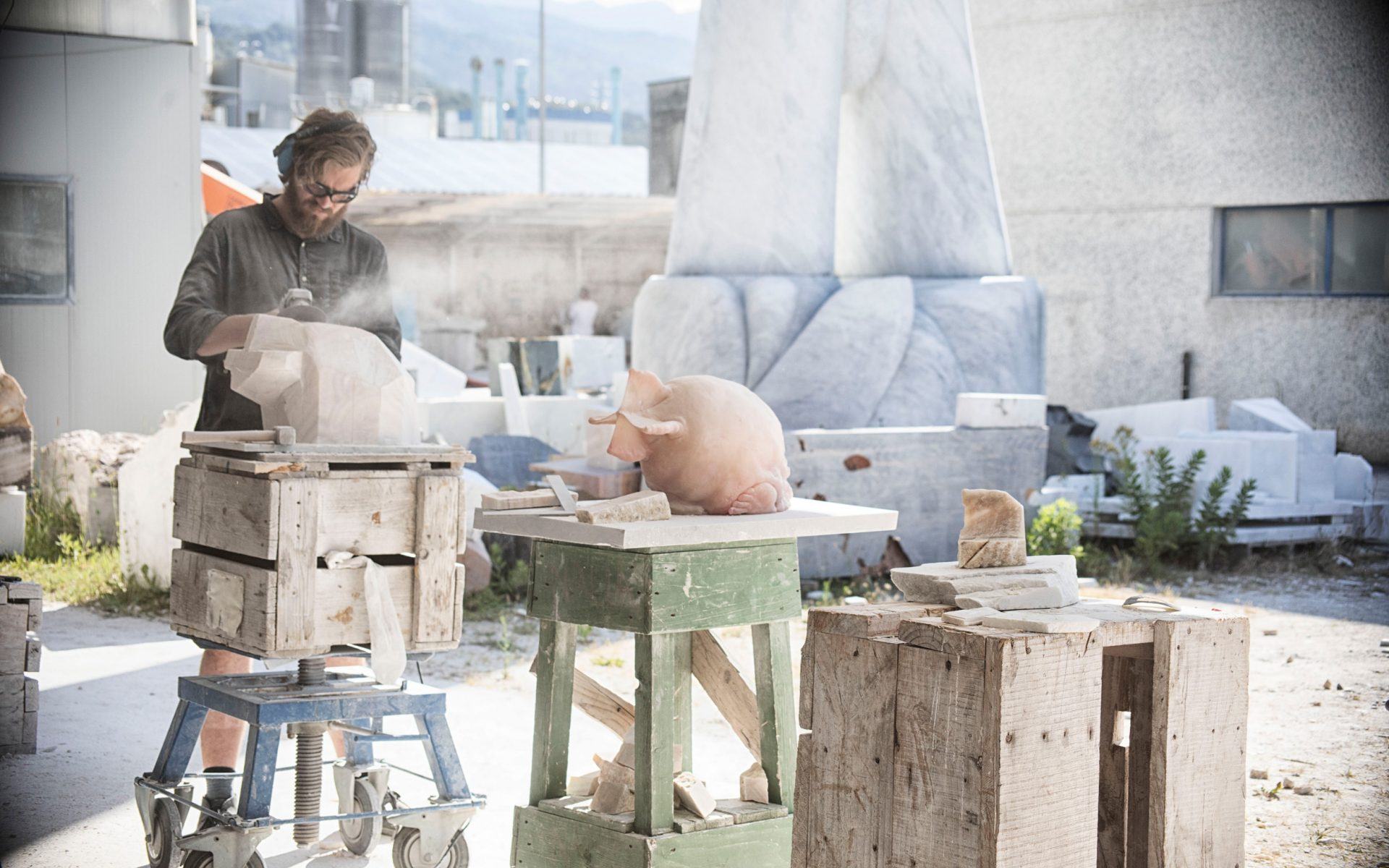 Italian sculptor Jago made his latest piece at the Center, which gives artists access to studio space, materials, and tools Earlier this year in New York, the sculptor Jacopo “Jago” Cardillo unveiled his latest creation, The Veiled Son. The work was carved from a six-ton block of Vermont Danby marble and was on public view for one night only, before being sent to its permanent home in Naples. The 32-year-old Italian native spent a year sculpting the piece (and livestreaming the process to his over 80,000 Instagram followers) at the North American Sculpture Center, founded in 2017 by Jonathan Tibett, owner of ABC Stone and Precision Stone and a New York Academy of Art board member. Jago is the first full-time resident of the center, whose mission is to give artists the resources needed to produce pieces from stone.

Another artist at the center, Jorge Vascano, was discovered while a student at the New York Academy of Art, where ABC Stone established a Carrara Residency Merit Award eight years ago. Vascano, who now works for Precision, was one of the recipients of this award and was sent to Corsanini Studios in Carrara, Italy, for one month to create a sculpture that would later be auctioned at Sotheby’s for the event “Take Home a Nude,” which benefited the New York Academy of Art. “Stone, as a medium for art here in the States, is not easily accessible. It is tremendously difficult to have access to a studio space, tooling, and materials necessary to do this kind of work,” says Tibett. “We felt it was important to be involved, because it is an incredible trade that is waning, and having a partner like the New York Academy of Art gives us not just a tremendous platform but also an opportunity to form a tremendous fraternity.” A version of this article first appeared in print in our 2019 Fall Issue under the headline “Lifting the Veil.” Subscribe to the magazine.