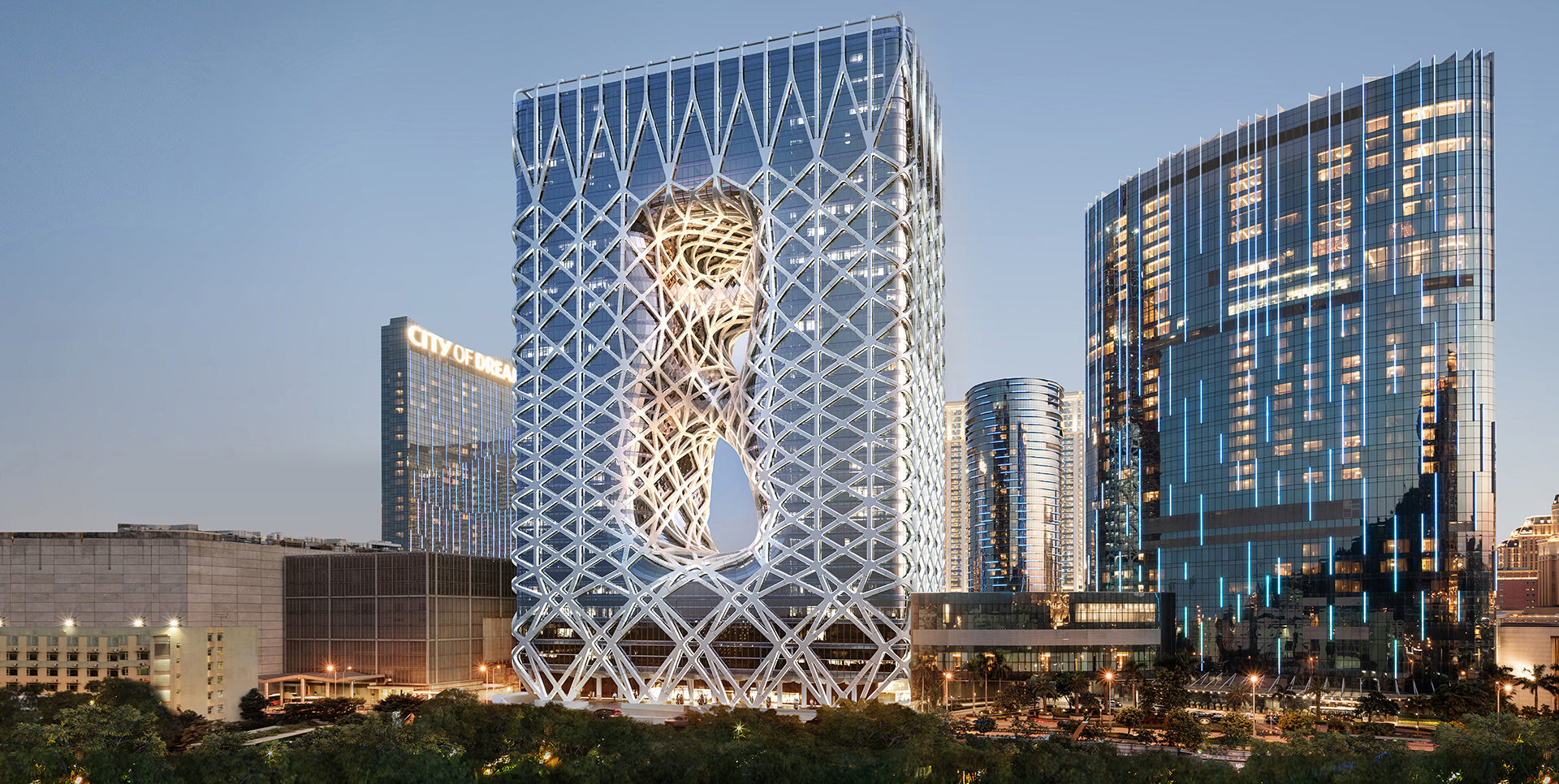 9 of the Most Beautiful Buildings Opening in 2018

From a striking limestone tower in New York to a futuristic hotel in Macau, these structures by major architects are destined to dazzle Set on the banks of the River Tay, the latest outpost of London’s esteemed Victoria & Albert Museum was conceived by Japanese architect Kengo Kuma, who won the design competition in November 2010. Known as the V&A Dundee, the 86,000-square-foot institution is the United Kingdom’s first design museum outside of London and is slated to open in the second half of 2018. Clad with 2,500 pre-cast stone panels weighing as much as 6,600 pounds each, the striking edifice resembles the stunning cliffs of Scotland’s rugged east coast. vandadundee.org

The National Memorial for Peace and Justice by MASS Design Group | Montgomery, Alabama The Equal Justice Initiative, an Alabama-based nonprofit dedicated to ending racial injustice, teamed up with MASS Design Group to conceive the first ever national memorial to the victims of lynching. Featuring 800 columns—one for each U.S. county with a documented historical lynching—the structure anchors a six-acre landscaped site in the Alabama capital. Evoking the raw emotional power of its dedicated subject matter, the columns do not actually support the structure but rather hang from the ceiling. eji.org The country’s first national museum dedicated to telling the story of America’s veterans, this 53,000-square-foot edifice is sited on the Scioto River and designed by Allied Works to help revitalize the Ohio capital’s long neglected riverfront. The fluid design features concentric ribbons of concrete intended to symbolize how the different military branches support and strengthen each other. Capping the structure is an open-air amphitheater that overlooks the six-acre grounds, which were sculpted by award-winning landscape firm OLIN. nationalvmm.org Victorian-era engineering meets cutting-edge design at this 100,000-square-foot retail destination near London’s bustling King’s Cross station. Slated to debut in the fall, Coal Drops Yard dates to the 1850s, when it operated as an industrial canal and storage center that handled as much as 8 million tons of coal per year. Disused for decades, the complex got the promise of new life in 2014, when top-tier architectural firm Heatherwick Studio was picked to transform it into the capital’s premiere place to eat, play, and shop. Thankfully, the London-based design team has retained the charming historic character (think original cobblestone streets and delicate brick viaducts) while adding modern interventions, among them a sinuous roofline that links the two main structures. coaldropsyard.com

Reopening on March 10, Colorado’s Kirkland Museum was founded in 2003 with a mission to showcase the region’s fine and decorative art. After closing for their expansion project in May 2016, the museum’s original home—artist Vance Kirkland’s 1911 brick studio—was picked up and moved seven blocks west to Denver’s so-called Golden Triangle. Seattle firm Olson Kundig was tasked with expanding the institution’s footprint to 38,500 square feet via a shimmering new addition clad in saffron terra cotta. kirklandmuseum.org Boasting a coveted Park Avenue address and an exterior wrapped in Indiana limestone, Robert A.M. Stern Architects’ latest addition to the Manhattan skyline will stand at 54 stories and hold just 33 luxuriously appointed residences when it opens next year. The tower, developed by Zeckendorf Development, is crowned by four corner chimneys framing pilasters and aedicules, recalling classical elements from its legendary apartment-house neighbors, among them the Sherry-Netherland and the Pierre. 520parkavenue.com Destined to become the preeminent symbol of Macau—the world’s fast-paced gambling capital—the Morpheus Hotel will hold some 800 guest rooms across 40 floors when it debuts early next Spring. The striking structure, designed by the late Zaha Hadid, is actually two skyscrapers connected at the podium level and roofline, as well as via a pair of sinuous sky bridges. Provocatively wrapped in a white-mesh exoskeleton, the futuristic hotel is pioneering a new type of steel support structure bound to inspire a legion of copycats. cityofdreamsmacau.com Steven Holl’s Markel Center at the Institute of Contemporary Art.

Architect Steven Holl’s refined contemporary art gallery for Virginia Commonwealth University will open its doors on April 21 with a timely exhibition exploring themes of protest and social injustice. Clad in a harmonious mix of fritted glass and pre-weathered zinc, the 41,000-square-foot institution, also known as the Markel Center, aims to foster the school’s top-rated arts program with a 210-seat auditorium, classrooms, and a sculpture garden. ica.vcu.edu Named for its hive-like exterior, this new residential project conceived by Danish architect Bjarke Ingels is situated in the planned resort community of Albany. The eight-story building features 34 units, each of which comes with an angled private pool on its terrace. (Three-inch acrylic walls ensure they can withstand hurricane-force winds.) The residences start at $5 million. albanybahamas.com

Cover: The Morpheus Hotel by Zaha Hadid will open in Macau early next spring.
Photo: Zaha Hadid Architects
Next Post