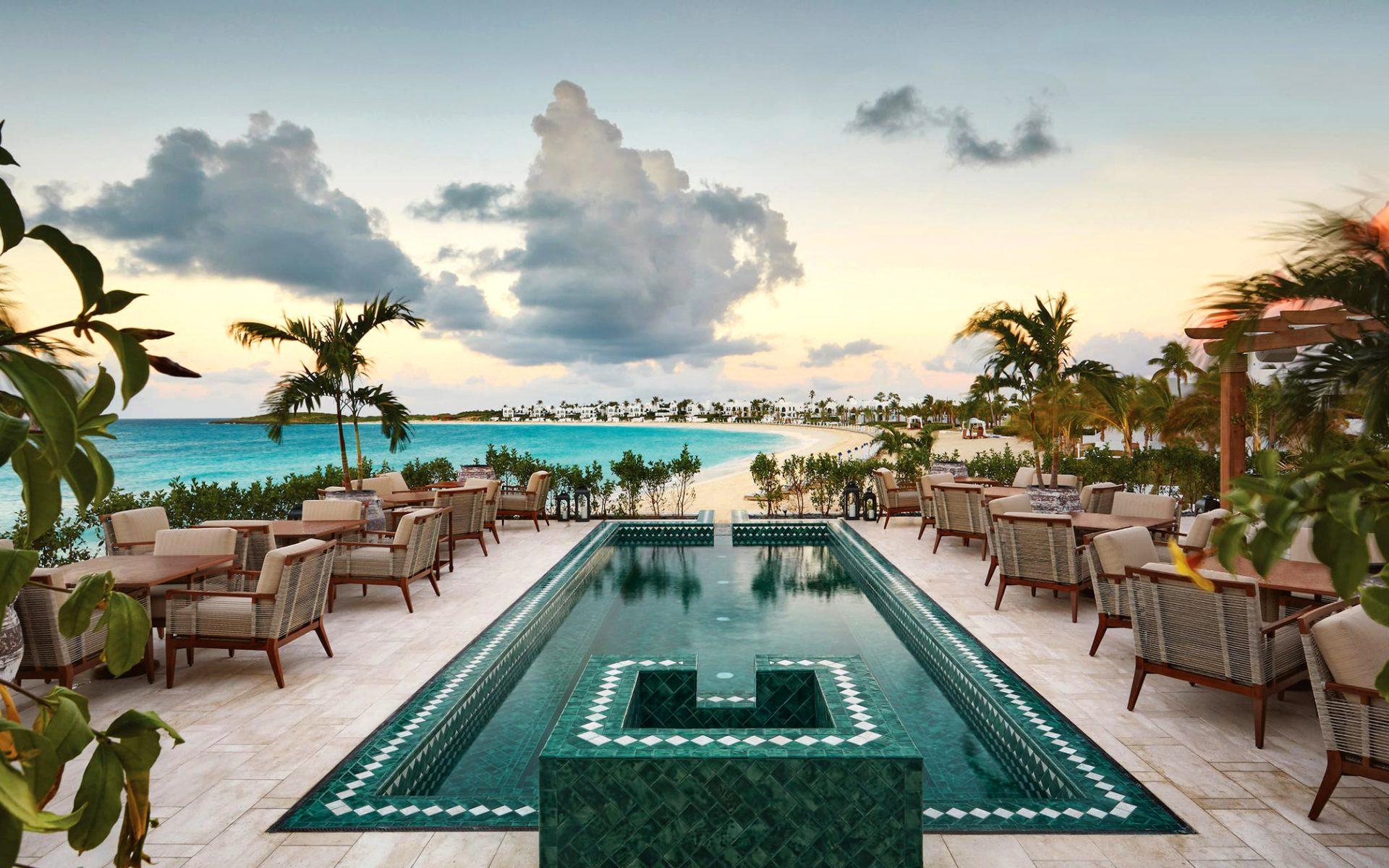 8 Dreamy Caribbean Hotels to Escape to This Winter

From the renovated Eden Rock St. Barths and Belmond Cap Juluca to the chic new Mandarin Oriental in St. Vincent and the Grenadines, these hotels are sure to cure the winter blues

Just three years after two devastating hurricanes, Irma and Maria, swept through the Caribbean, causing numerous fatalities and destroying property, the islands have started a new chapter of growth, especially within the realm of luxury hotels. Since the storms, iconic hotels have completed head-to-toe renovations and sophisticated new builds have popped up across the region. So if you’re in need of a little sunshine this winter, you have plenty of options from which to choose. Here, we’re rounding up the dreamiest Caribbean hotels we’re excited to stay at right now. Until this year, fate had not kind to Rosewood Little Dix Bay, a historic resort on Virgin Gorda in the British Virgin Islands, opened by Laurance Rockefeller in 1964. It closed its doors in 2016 for what was supposed to be a brief renovation, but just three months before its reopening, Hurricane Irma wrecked the luxurious property. Thus started a second renovation, which wrapped up this month—the hotel finally reopened on January 6, welcoming guests into its 80 casually elegant rooms and suites. After Hurricane Irma battered the tony French Caribbean island of St. Barts, 28 of the island’s hotels sustained damage and were shuttered. One such property was Eden Rock St. Barths, a luxurious hotel originally opened in the 1950s, hosting famous guests like Howard Hughes and Greta Garbo. It reopened its doors to business in November 2019, displaying new interiors that recall its ’50s glamour, a restaurant and bar by Jean-Georges Vongerichten, and 37 elegant rooms. Described as the island where “the billionaires go to get away from the millionaires,” Canouan in the nation of St. Vincent and the Grenadines is all about discreet opulence. One of the newest properties to open on the island is the Mandarin Oriental, set on 1,200 acres but featuring just 26 suites and 13 villas defined by bright pink accents. It’s the brand’s first foray into the Caribbean. In November 2019, French all-inclusive hotel brand Club Med opened its newest Caribbean property on a remote beach in the Dominican Republic far from the crowds of Punta Cana. The 93-acre, eco-chic resort is separated into four villages: the serene, adults-only Archipelago; the garden-filled Caribbean Paradise; the wellness-focused Emerald Jungle; and the family-friendly Explorer Cove. Colonial architecture and decor might be the norm at many Caribbean hotels, but that’s not the case at Silversands Grenada, a minimalist gem on the island’s famous Grand Anse beach. Opened just over a year ago, the hotel has only 43 high-tech rooms, a handful of over-the-top villas with personal valets, and the Caribbean’s longest swimming pool at 330 feet. Just one week after Anguilla’s Belmond Cap Juluca closed in August 2017 for a major face-lift, Hurricane Irma struck the island, essentially razing the property. But since it reopened in December 2018, the hotel’s loyal following has come back in force, occupying its 129 rooms, suites, and villas housed in blue-and-white Moroccan-inspired buildings. Another of Laurance Rockefeller’s ecologically minded Caribbean resorts, the 1,400-acre Dorado Beach in Puerto Rico opened in 1958 and was transformed into the Americas’ first Ritz-Carlton Reserve in 2012. Hurricane Maria significantly damaged the property just five years later. After a year of renovations, the hotel reopened in October 2018, debuting 114 sprawling beachfront guest rooms, each serviced by a personal butler. Known more for its collection of eco-chic boutique hotels than sprawling resorts, the island of Dominica received its first true luxury brand hotel in October 2019 with the debut of Cabrits Resorts & Spa Kempinski, the European company’s first property in the region. There are 151 rooms with modern decor, six restaurants and bars, and sports facilities from tennis courts to a gym. If five-star service is what you seek on this rustic island with rugged landscapes, this is the hotel for you.