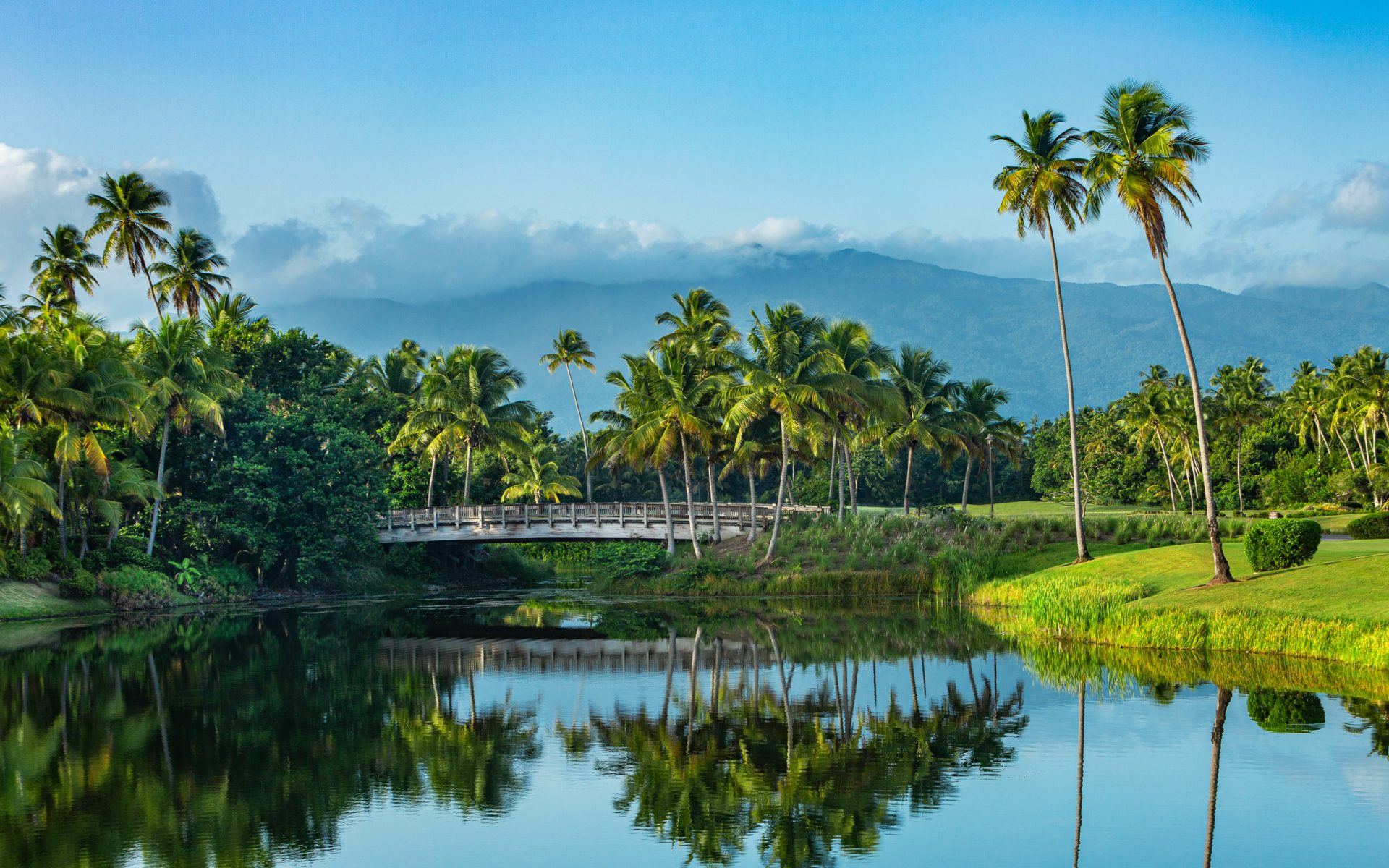 Two years after Hurricane Maria threatened the island’s biodiversity, the 483-acre property has been rejuvenated with a quarter of a million endemic plants

Beauty arises from destruction at the St. Regis Bahia Beach in Puerto Rico. When Hurricane Maria ravaged the island in September 2017, the hotel took advantage of a chance to renew, replant, and reinvigorate their glorious 483-acre property, located on two miles of pristine beach and adjacent to the spectacular El Yunque rainforest.

To restore the grounds of the St. Regis, over 4,000 trees and palms were planted along with 250,000 shrubs. Guests now move through the central area of the property connecting the restaurants, pool, spa, and villas on a network of elevated wooden plank walkways. Below, lush thickets of local plants create an emerald blanket on the ground. This was all part of a $60 million renovation of the entire property, which also included a redesign of the 139 rooms by Puerto Rican designer Nono Maldonado together with Hirsch Bedner Associates of San Francisco. Exterior of the conference center at the Bahia St. Regis. Photo: Courtesy of the St. Regis Bahia Beach Resort

Two major forces behind the massive restoration of the grounds were landscape architect Tim Garceau and Marcela Cañon, a biologist from Alma de Bahia foundation. They used El Junque as inspiration for the gardens. “We’re connected to El Junque, which has 18 types of forests including the rainforests,” Cañon tells Galerie. “By creating these gardens, we’ve made habitats for wildlife and places for people to relate to nature in an easy but natural way.”

To create the gardens from native plants, they turned to the nursery Cañon created 12 years ago to maintain the genetic pool of endemic species, which have small variances from environment to environment. This way they could propagate the grounds with plants with specific characteristics that make them suitable to this micro-environment. When so much of the lush tropical vegetation on the island was destroyed during the storm, the plants at the nursery were used to repopulate with varietals that may have otherwise disappeared. An oceanfront view from one of the guest rooms. Photo: Courtesy of the St. Regis Bahia Beach Resort

“When I first came after Maria, I was going to bring plants from China or Malaysia,” says Garceau, “but after I went to the nurseries and discovered the specimens, I decided to use the different plants from Bahia and relied on organizations and experts to achieve that goal.”

Garceau even used destruction from the storm to create beauty. “In the spa, we had ficus trees that were blown over but were able to keep them alive. They became the framework for an arch of bromeliads.” Garceau considers this living artwork his Mona Lisa. The grounds of the Bahia St. Regis. Photo: Courtesy of the St. Regis Bahia Beach Resort

Near the beach, extra care was taken to preserve the ecosystem so nature can thrive. A buffer of scaevola protects the sea turtles that nest there. The beach is actually part of bay that has a coral reef at the entrance on both sides. (Bahia being the Spanish word for bay.) “The water and the sand here move in a particular way,” says Cañon. “We’re the only beach that didn’t get eroded. We are very careful we buffer the beach.”

In addition to the beautiful gardens, there’s a vegetable garden, which provides fresh produce to all of the resort’s restaurants and offers a home to hens producing eggs. Plus, there are two bird sanctuaries, and the hotel has the distinct honor of being the first and only certified Gold Audubon Signature Sanctuary in the Caribbean.

“I fell in love with this magical place,” says Garceau. “It’s amazing what landscape does to people’s psyche.”