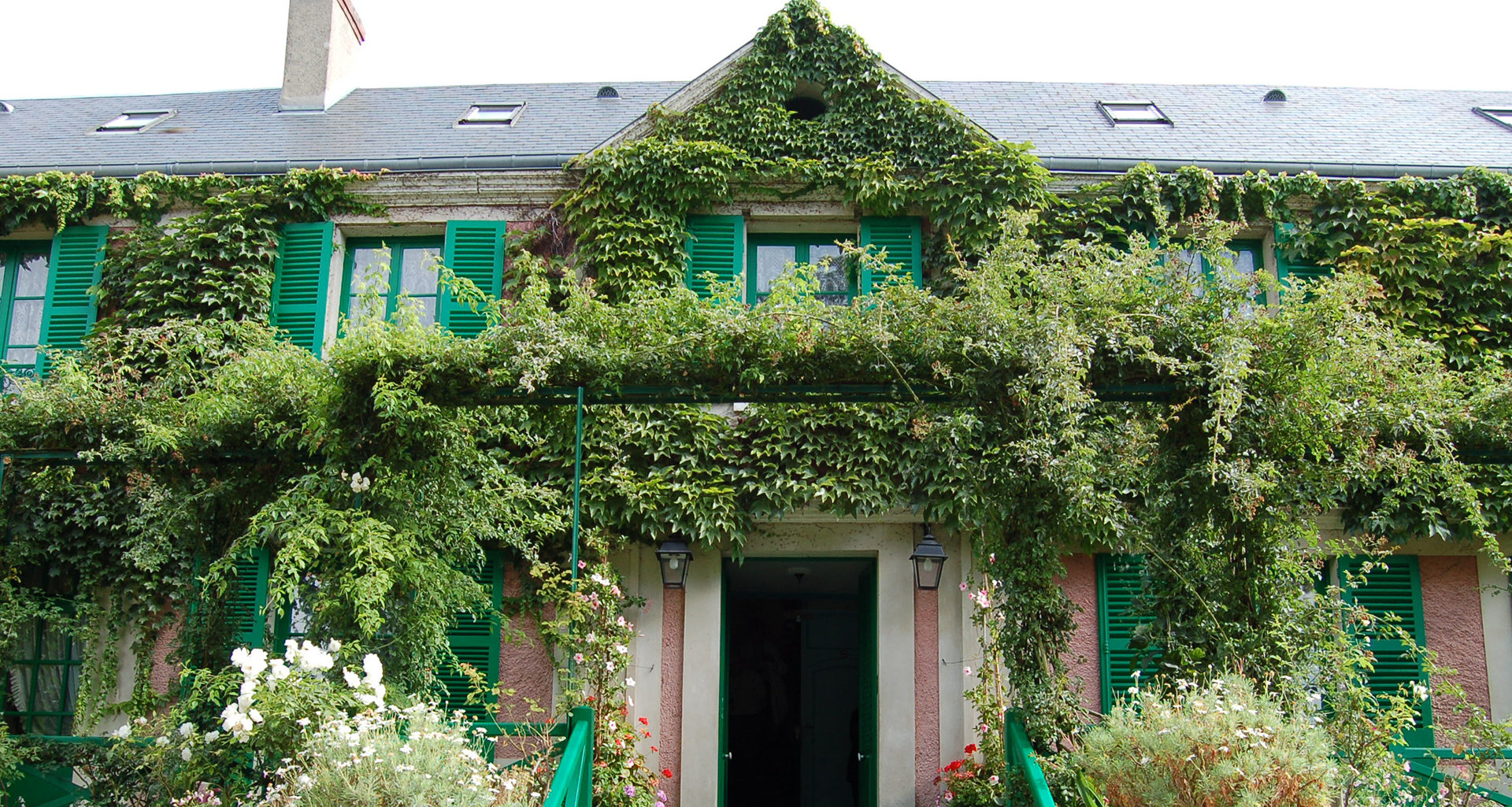 Lush gardens at the entrance to Claude Monet’s former estate in northern France.
Photo: A. Cauderlier

5 Artist Homes You Can Visit

Filled with torrid affairs, madness, and creative feuds, stories of artists’ lives offer us vicarious glimpses into the pleasures and perils of creative pursuits. We’ve long romanticized them in books, films, and museum exhibitions. If reading and viewing still leave you craving greater insight into art’s most legendary figures, a few institutions worldwide offer the chance to view artists’ homes. As you walk through the kitchen or consider the garden, you’ll begin to imagine both the mundane details and the inspiration in these figures’ daily lives. Below, we’ve compiled a shortlist of destinations. You’ll notice that many are also in prime vacation spots: why not use one as the spark to start planning your next trip? After a four year restoration, Pierre-Auguste Renoir’s former family home in Essoyes, France, recently opened to the public as a museum. The famed French Impressionist painter bought the property with his wife, model Aline Charigot, in 1896. He painted pictures of the house, and restoration architects used those renderings in their recent modifications. For the inaugural exhibition, three other French museums have loaned a sculpture, a portrait, and a landscape by the artist. Visitors can also glimpse Renoir’s studio at the bottom of the estate’s garden. Meanwhile, the surrounding village—set on the edge of the Seine—offers tranquil countryside and river views as well as champagne tastings, though Renoir lore remains the greatest allure. renoir-essoyes.fr Few artist couples are more storied than Jackson Pollock and Lee Krasner. He kept a mistress, became an alcoholic and died in a tragic car crash; she aided his career while she struggled to establish her own reputation. With financial support from art heiress Peggy Guggenheim, the pair purchased a house in East Hampton. Beginning in 1946, the barn served as their studio. Originally located in the home’s backyard, Pollock moved it so he and his wife could see the view across the salt marsh to Accabonac Creek. You can still witness the remains of Pollock’s unorthodox paint splatters on the floor and Krasner’s vibrant brushstrokes on the walls. stonybrook.edu/pkhouse Which left a larger mark on public imagination: Salvador Dalí’s art or the legendarily mustachioed man himself? It’s difficult to tell. Better understand both by visiting the home and studio he built in Portlligat, Spain. Located at the country’s northeast tip, the coastal city offers beautiful ocean views and iconic architecture (lots of white buildings and orange roofs) in addition to plenty of Dalí memorabilia. As expected, the home also provides a number of quirky delights: a necklace-adorned life-size stuffed bear, an old telephone, window bars that resemble plant stalks, an oddly shaped pool and stone terrace, and much more. salvador-dali.org Lush gardens at the entrance to Monet’s former estate in northern France. Photo: A. Cauderlier

If you’re a fan of Claude Monet’s waterlilies, book a trip to Giverny. Located in northern France, the town’s best-known landmark is the bridge from the artist’s garden that he captured in so many of his paintings. The pond underneath produced the waterlilies that have become synonymous with French Impressionism. The Clos Normand, the second garden, offers more flowers in different heights to create a sense of colorful volume. The house itself is just as charming—pink and ivy-covered, with surrounding bright red flowers welcoming visitors. During the Second World War, a bombing left the house in shards. Now fully restored, the home and gardens welcome around 500,000 visitors per year. giverny.org/monet Head to the southwest and view the landscape that inspired Georgia O’Keeffe’s paintings. Along the Chama River in Abiquiu, New Mexico, about an hour north of Santa Fe, the home and studio are national historic landmarks. Antler horns above the door, endless desert views, and classic adobe architecture all make the site look like something out of an O’Keeffe painting itself. On some tours, you’ll have the opportunity to speak to people who worked with the artist and taste apricots from her fruit trees. okeeffemuseum.org

Cover: Lush gardens at the entrance to Claude Monet’s former estate in northern France.
Photo: A. Cauderlier
Next Post