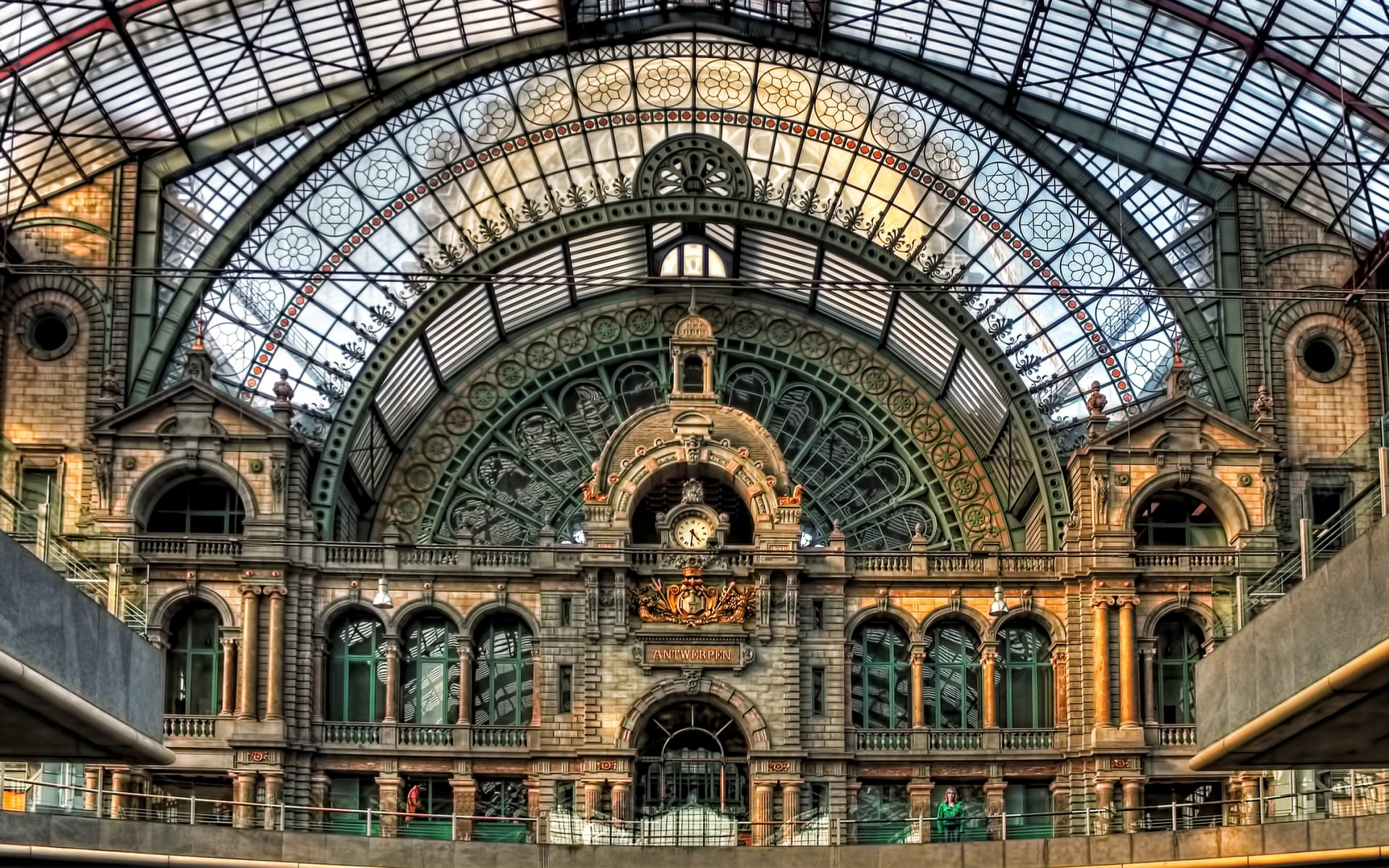 10 of the Most Beautiful Train Stations in the World

With the advent of locomotives in the 19th century, cities around the world began building majestic stations to welcome global travelers—and to impress them. Top architects and engineers were commissioned to create three-dimensional works of art showcasing their talents, often in Beaux Arts or Gothic style. While many of these historic structures still stand and service passengers, a number of newer stations have been erected, creating an enduring legacy of train-station architecture. Here are ten of the most beautiful train stations ever built. 1. Liège-Guillemins | Liège, Belgium
Architect Santiago Calatrava is known for his undulating white structures, and his design for this station in Liège, Belgium, fits the mold. The open-air building, which was completed in 2009, features soaring white beams that form a massive arch over the tracks. It’s the third iteration of the station, with the first one built in the Beaux Arts style in 1842 and the second built in the International style in 1958. 2. Grand Central Terminal | New York
More than 20 million tourists visit New York’s Grand Central Terminal each year—and that doesn’t include the commuters who pass through it. The current station, designed by architecture firms Reed & Stem and Warren & Wetmore, was completed in 1913, and it holds the Guinness World Record for the largest train station by number of platforms (44). Many of the visitors to Grand Central come to see the celestial ceiling mural in the main hall. 3. Gare Du Lyon | Paris
Paris has seven main train stations, and Gare du Lyon might be the most magnificent of them all. While the original structure was built in 1855, the current one was designed for the 1900 Exposition Universelle by architect Marius Toudoire. The ornate building features an iconic clock tower that resembles London’s Big Ben on its exterior, and inside, the station is home to the famous Le Train Bleu restaurant, known for its elaborate decor. 4. Central Railway Station | Maputo, Mozambique
The mint-green Central Railway Station in Mozambique’s capital city is certainly one of the bolder classical stations on this list. The Beaux Arts strucutre was built in 1916, and its large dome was rumored to have been designed by Gustave Eiffel, though it’s more likely it was designed by one of his contemporaries. (Eiffel did, however, design the Iron House in town.) If you visit, don’t miss the Kulungwana Art Gallery inside the station.

Recommended: 10 of the Most Beautiful Libraries in the World 5. Kanazawa Station | Kanazawa, Japan
Completed in 2005, the modern Kanazawa Station is covered by the impressive aluminum-and-glass Motenashi Dome, but one of the most distinctive features of this building is the imposing Tsuzumi-mon Gate. The wood structure is a contemporary take on the traditional Japanese torii gates found in front of shrines. 6. Antwerpen-Centraal | Antwerp, Belgium
Belgian architect Louis Delacenserie designed this 1905 masterpiece using an eclectic yet impressive combination of architectural styles. The extravagant building was damaged by bombs during World War II, though it remained structurally sound. But by the 1980s, the building had fallen into disrepair. It was meticulously restored in 1986 and expanded greatly between 1998 and 2007. 7. Sirkeci Station | Istanbul
Originally serving as the terminus for the famous Orient Express, Sirkeci Station in Istanbul was built in 1890 by Prussian architect August Jasmund. It’s one of the finest examples of the blending of 19th-century Western and Eastern styles—fitting, since Istanbul is the crossroads of Europe and Asia. No longer used as a station, it’s now home to the Istanbul Railway Museum. 9. São Bento Railway Station | Porto, Portugal
Built on the former site of a 16th-century monastery, the São Bento Railway Station was designed by architect José Marques da Silva. While the Beaux Arts building is a beautiful structure unto itself, what’s most impressive are the 20,000 tin-glazed tiles that decorate its interior. Artist Jorge Colaço completed the project between 1905 and 1916.

Recommended: 10 of the Most Magnificent Buildings That No Longer Exist 10. Chhatrapati Shivaji Terminus | Mumbai
In order to fuse the then-popular Victorian Gothic style with Indian influences, British architect F. W. Stevens worked with local craftsmen on this 1888 station to create the elaborate structure seen today. It was designated a UNESCO World Heritage Site in 2004 for this inventive architectural aesthetic.