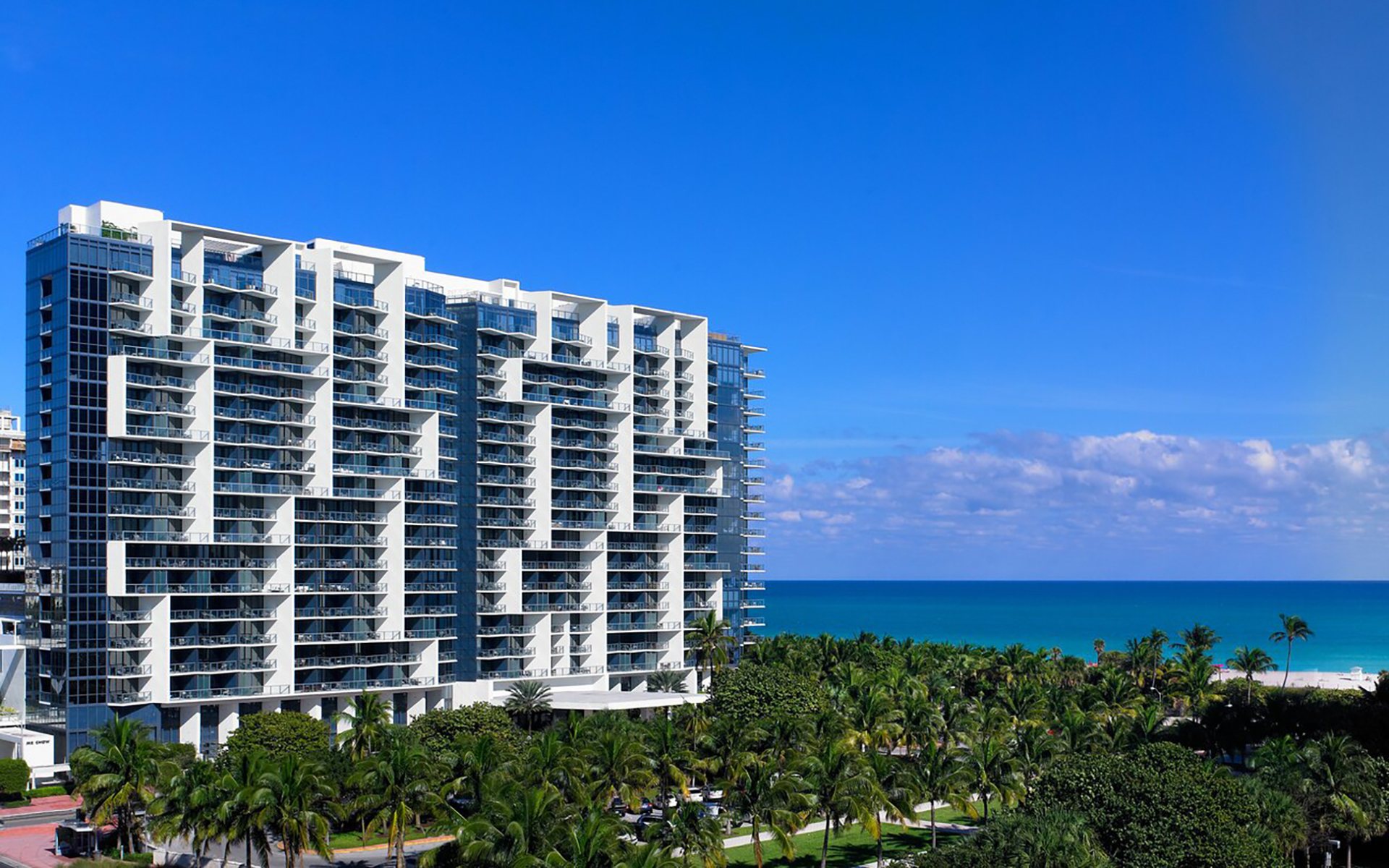 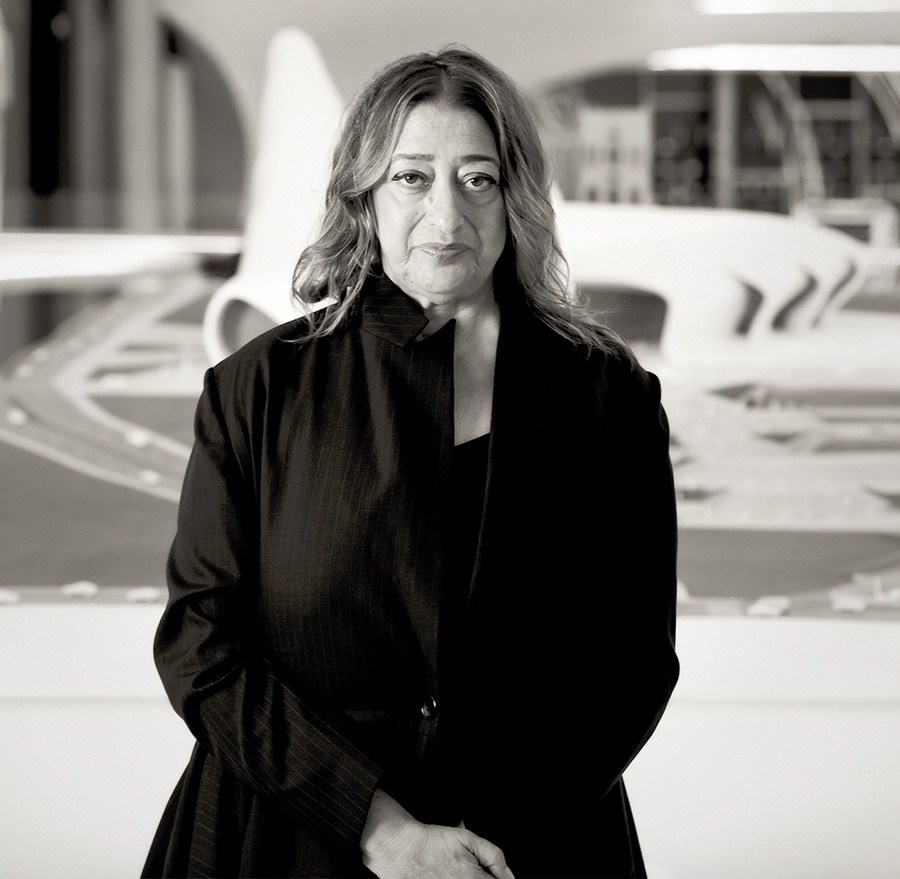 Located within the oceanfront Residences at W South Beach, the 2,500-square-foot spread is actually three units that Hadid masterfully combined into one lavish home featuring stark-white interiors and a few Space Age flourishes, like a curving, chrome-clad portal separating the living and dining areas. Notably, the three-bedroom aerie is where the Pritzker-Prize winner stayed while designing the nearby One Thousand Museum tower, a luxurious skyscraper that remains her only completed building in Florida.

Following the British-Iraqi architect’s sudden death in 2016, the spread was purchased by Ray Bassiouni, CEO of ATI Systems, for $5.75 million. Bassiouni is parting with the dwelling after the completion of the W’s recent $30 million overhaul, which included a revamped spa and the addition of a building-wide UV light air-purifying system. 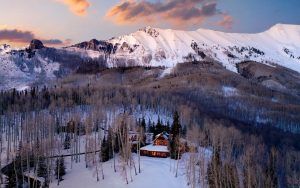 It’s not clear how much work—if any—Bassiouni did to the space, but the minimalist interiors with striking ceiling lights remain. The condo is also equipped with an adjoining studio with its own entrance, which the listing notes is “perfect for in-laws,” and a network of terraces with sweeping views of the Atlantic Ocean. 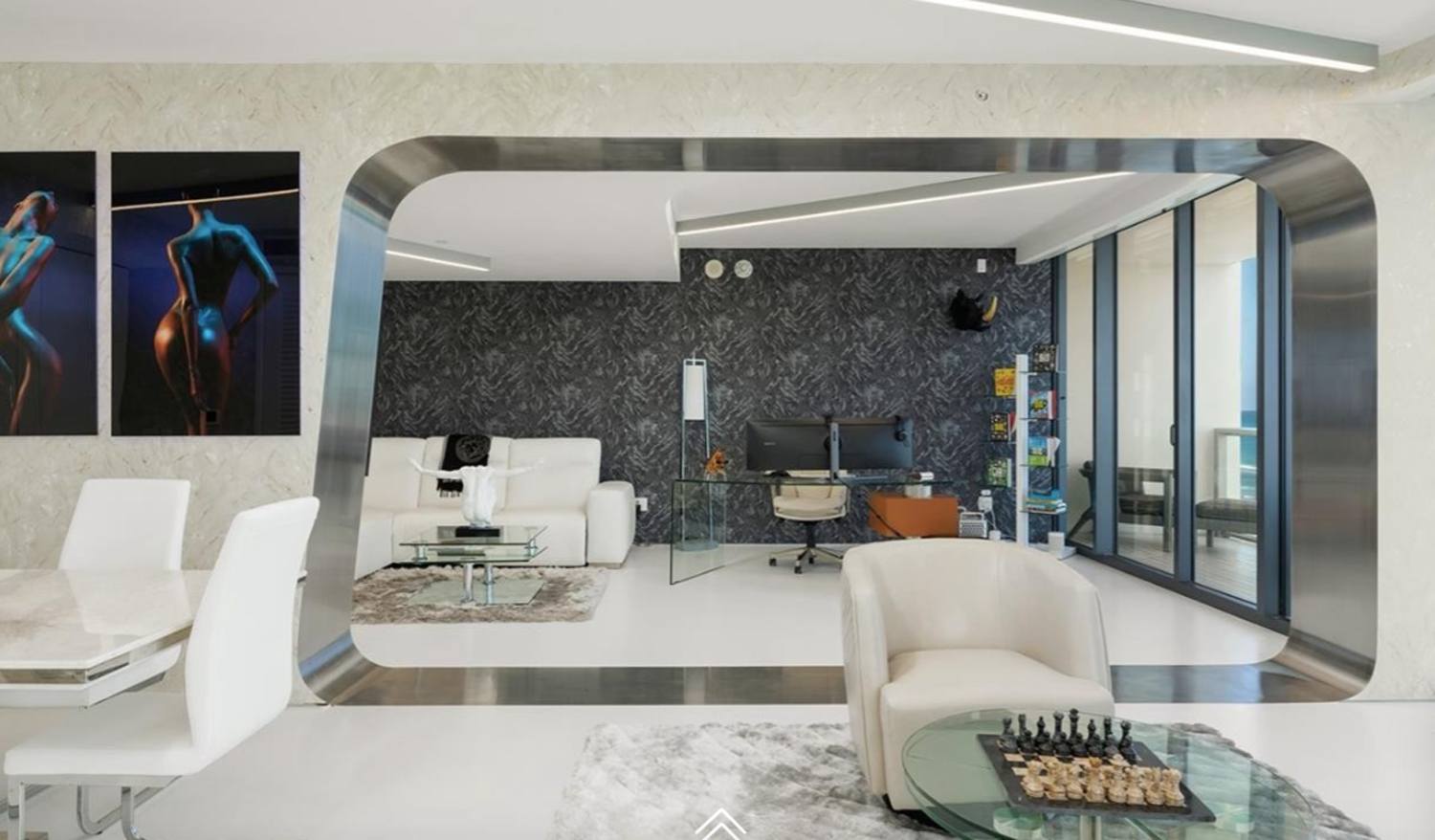 A reflective portal into the living room. Photo: Douglas Elliman 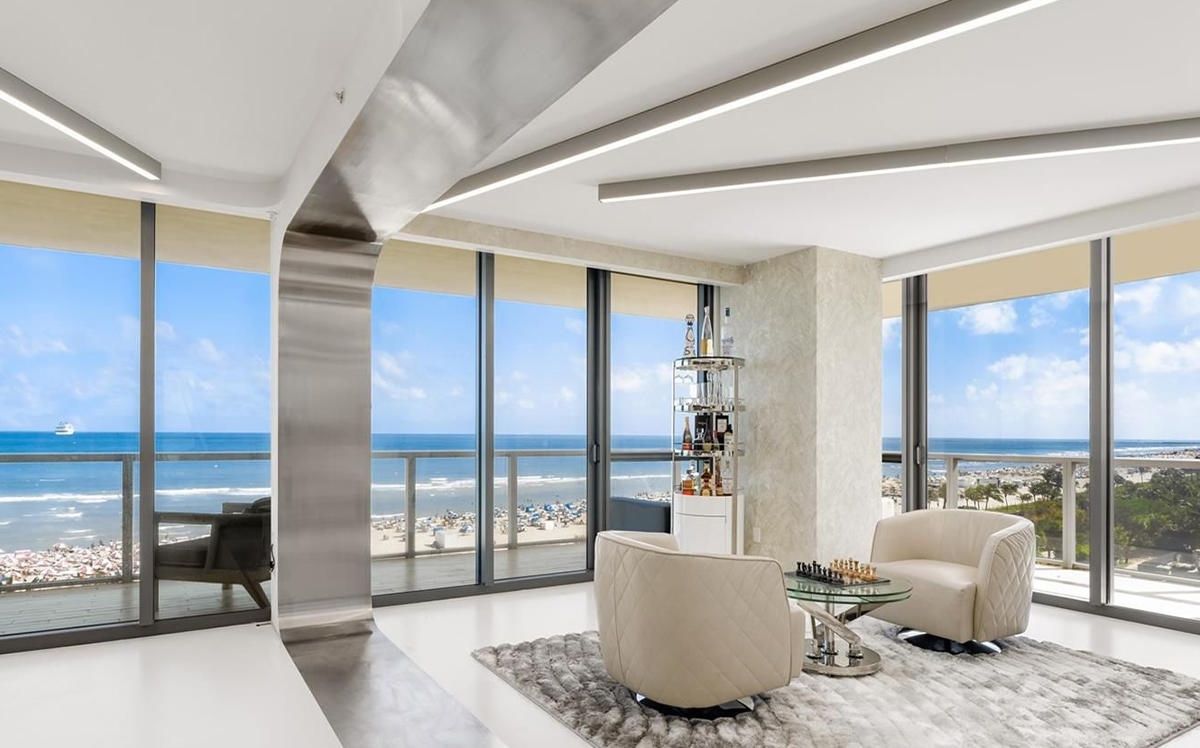 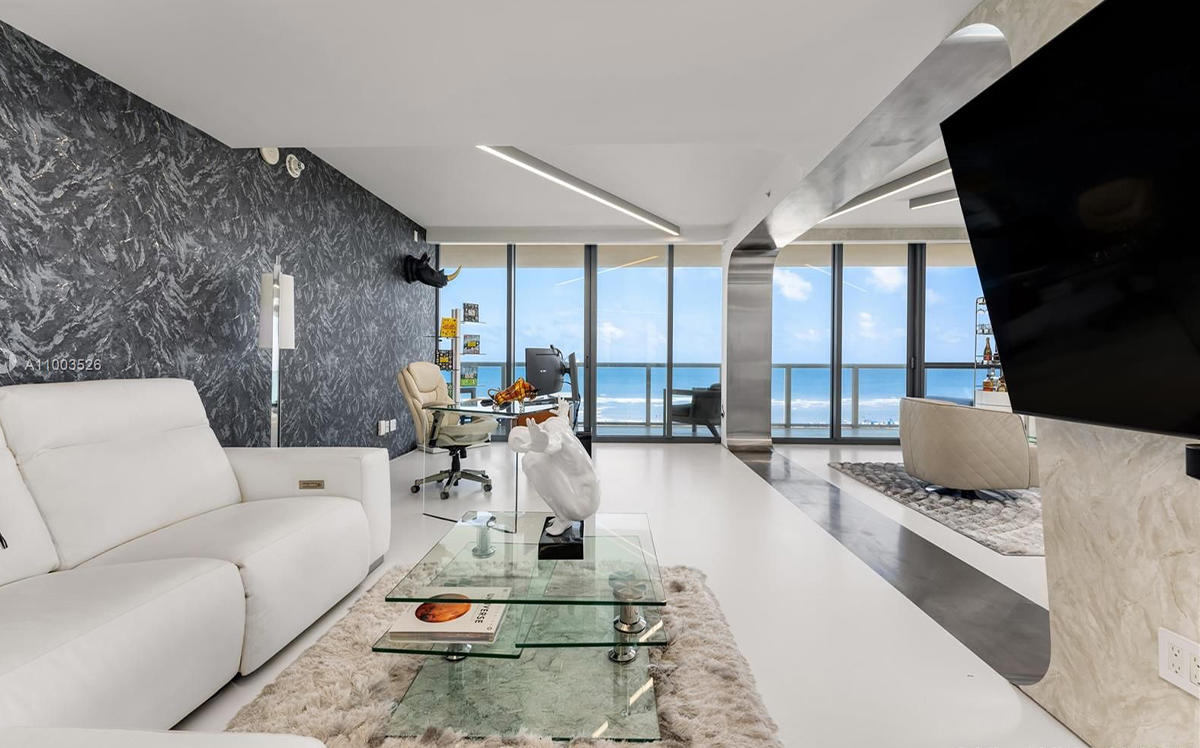 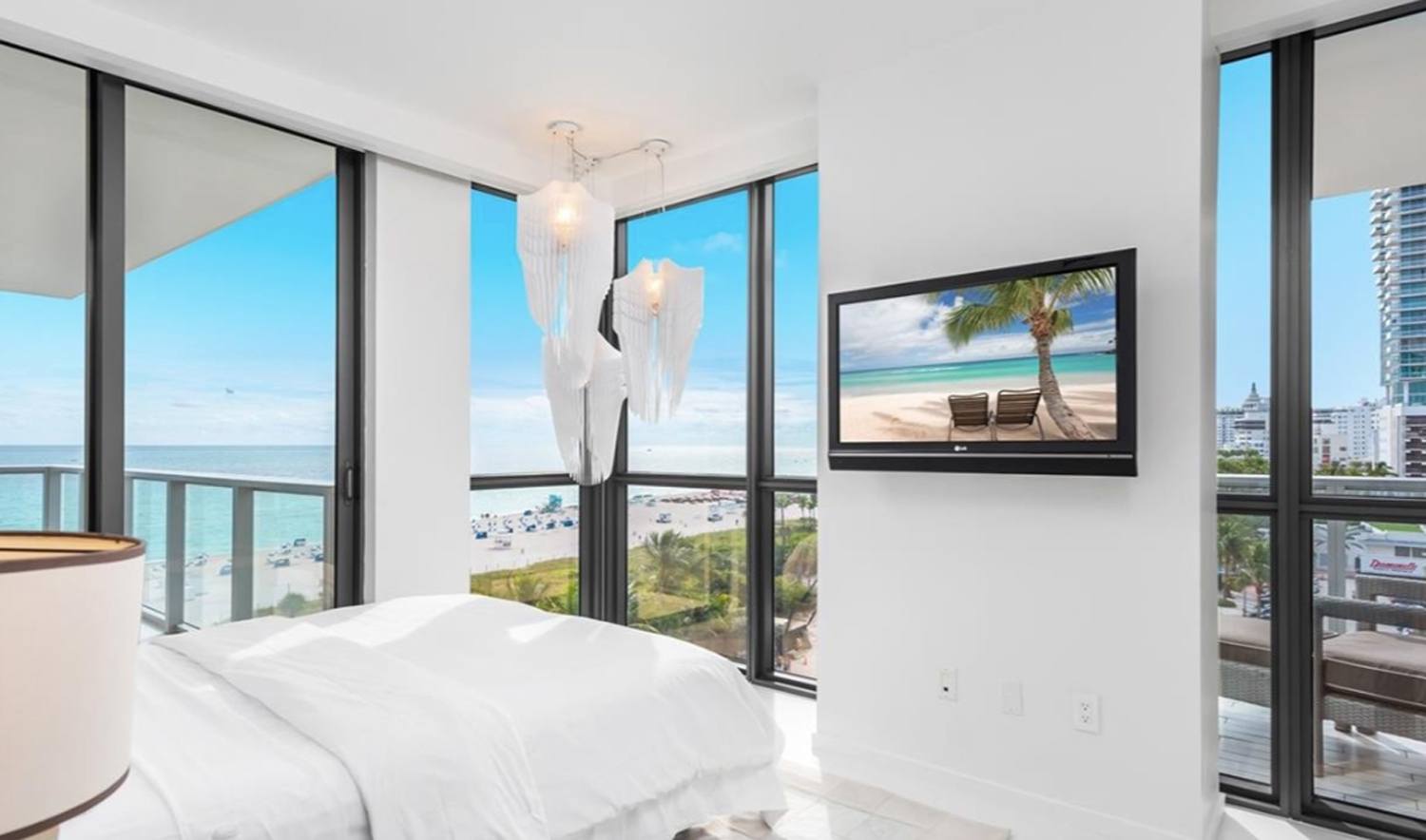 The bedrooms are a study in serenity. Photo: Douglas Elliman 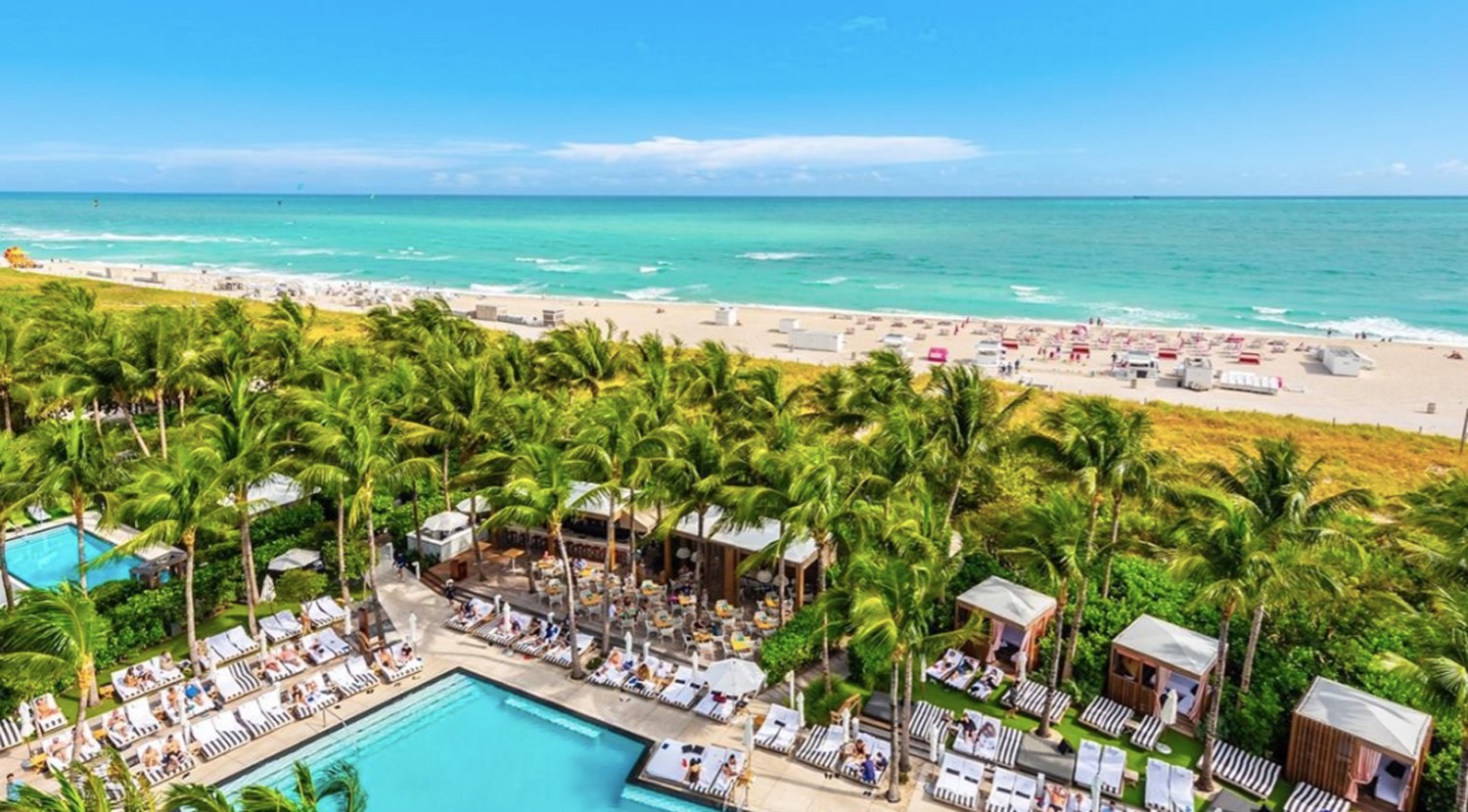 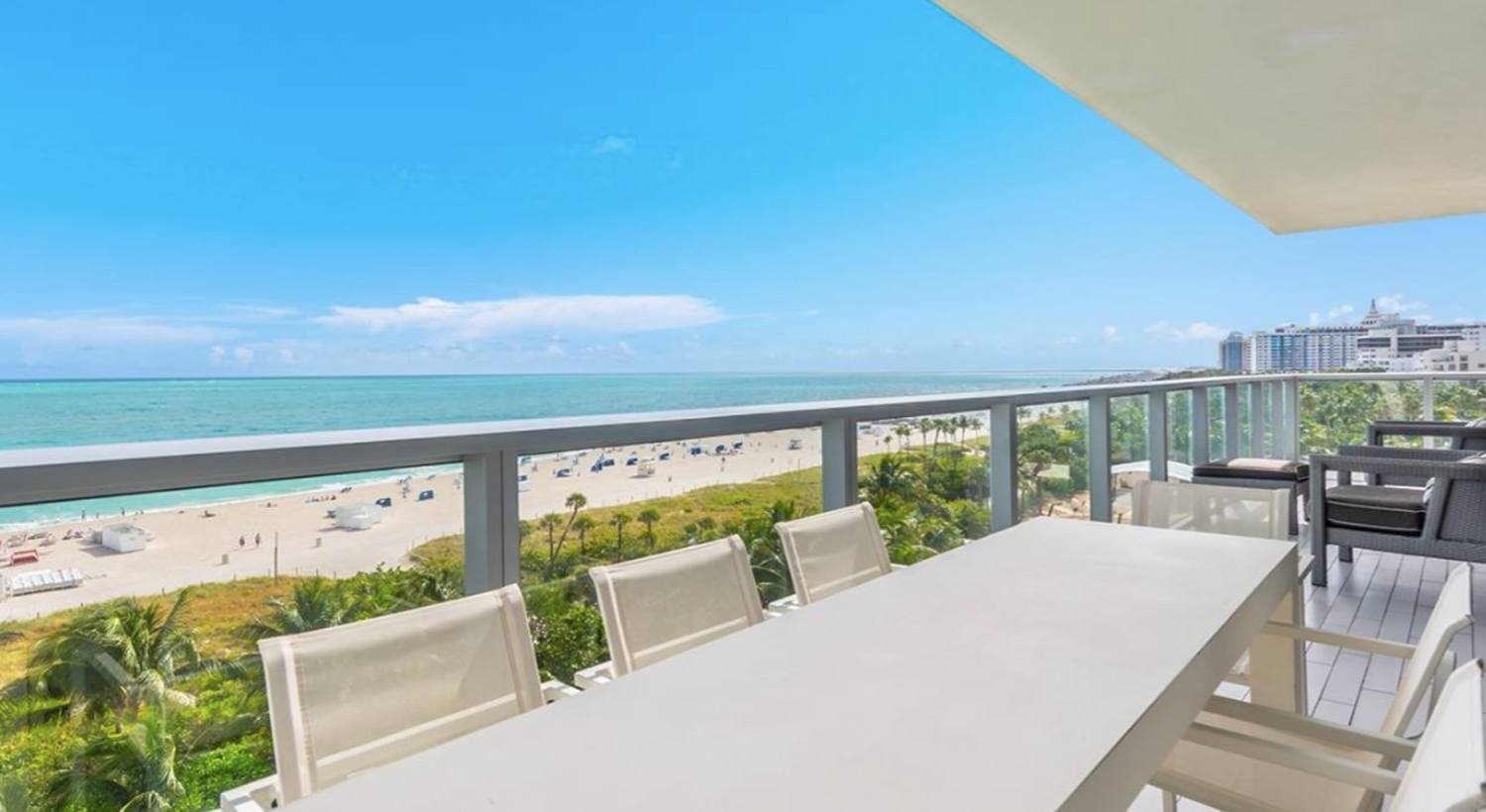 One of the terraces is equipped with a full dining table. Photo: Douglas Elliman