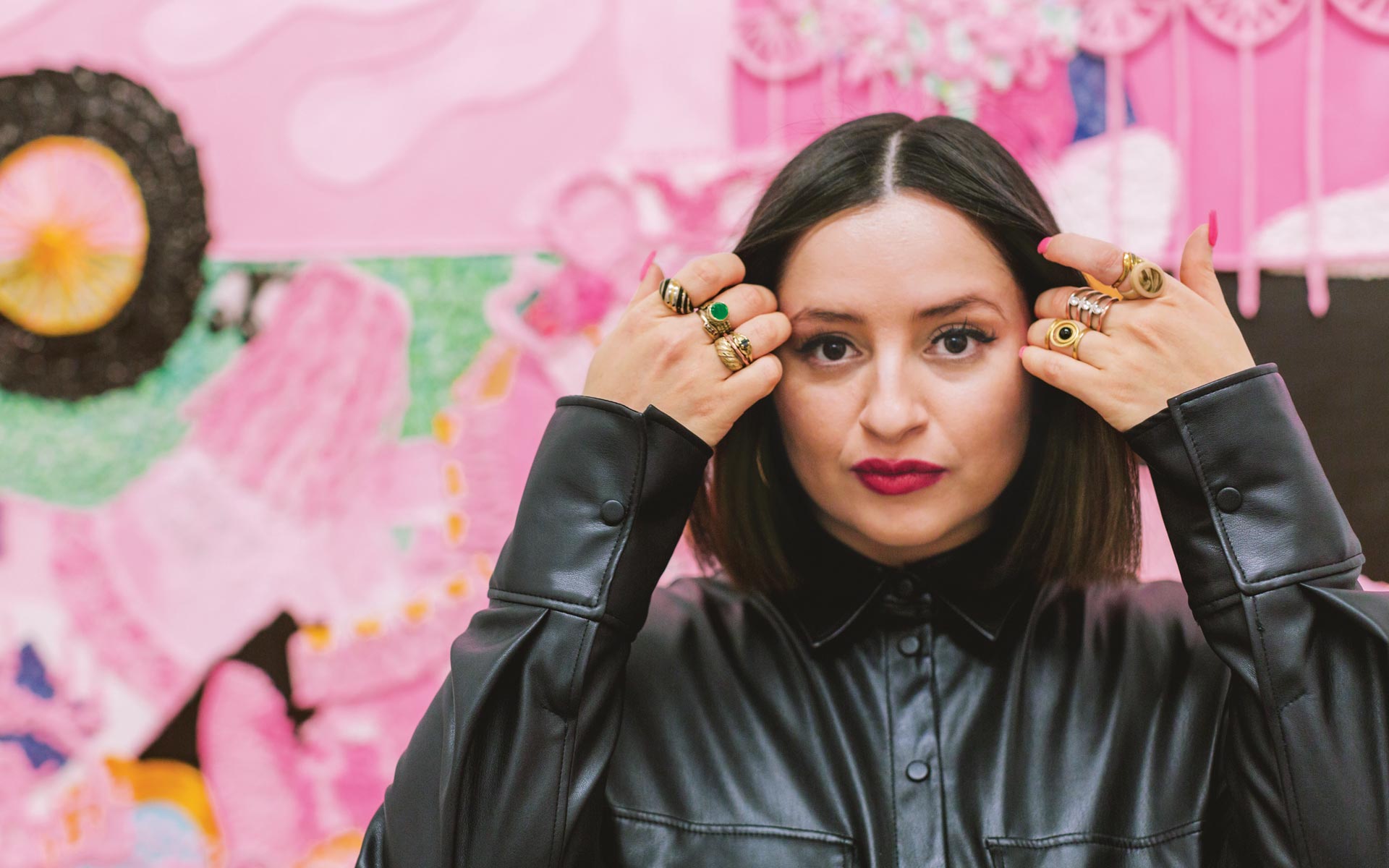 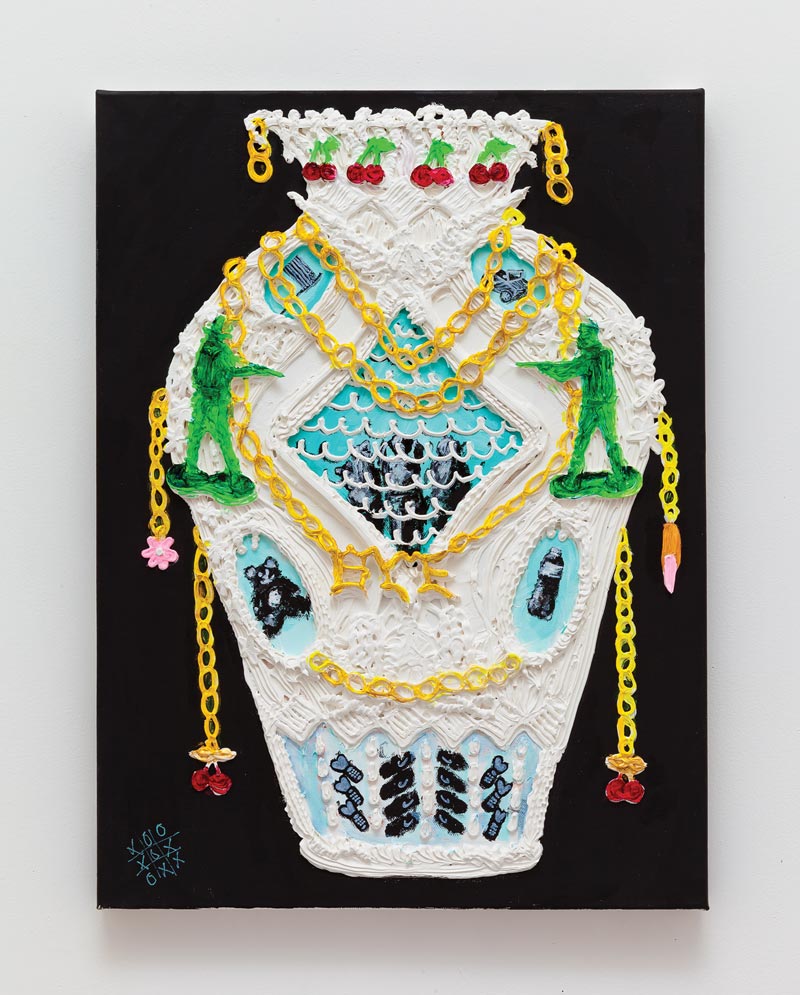 A first-generation Mexican American, Yvette Mayorga reinvents the gilded, decorative pastels of rococo, as well as 17th-century vanitas, with the toys of her youth. In her hands, miniature soldiers and Polly Pocket houses alongside rhinestones and acrylic nails create confectionary tableaux with a distinct feminist perspective. “The color pink is luscious and intriguing because of its gender associations,” she explains on a recent Zoom tour from her Chicago studio. “Pink is a weapon of mass destruction; I live by those words.”

Before quarantine, she was working from a Mana Contemporary studio, building the suite of paintings—which look marvelously like pink and white pastry frosting—included in El Museo del Barrio’s first national survey of contemporary Latinx art, “Estamos Bien—La Trienal 20/21,” on view through September. But when COVID-19 hit, Mayorga had to transport them to her apartment. “I was reminded how I began as an artist and a young person,” she says, “working in my bedroom with whatever material was around me, whether it was nail polish or paint.” 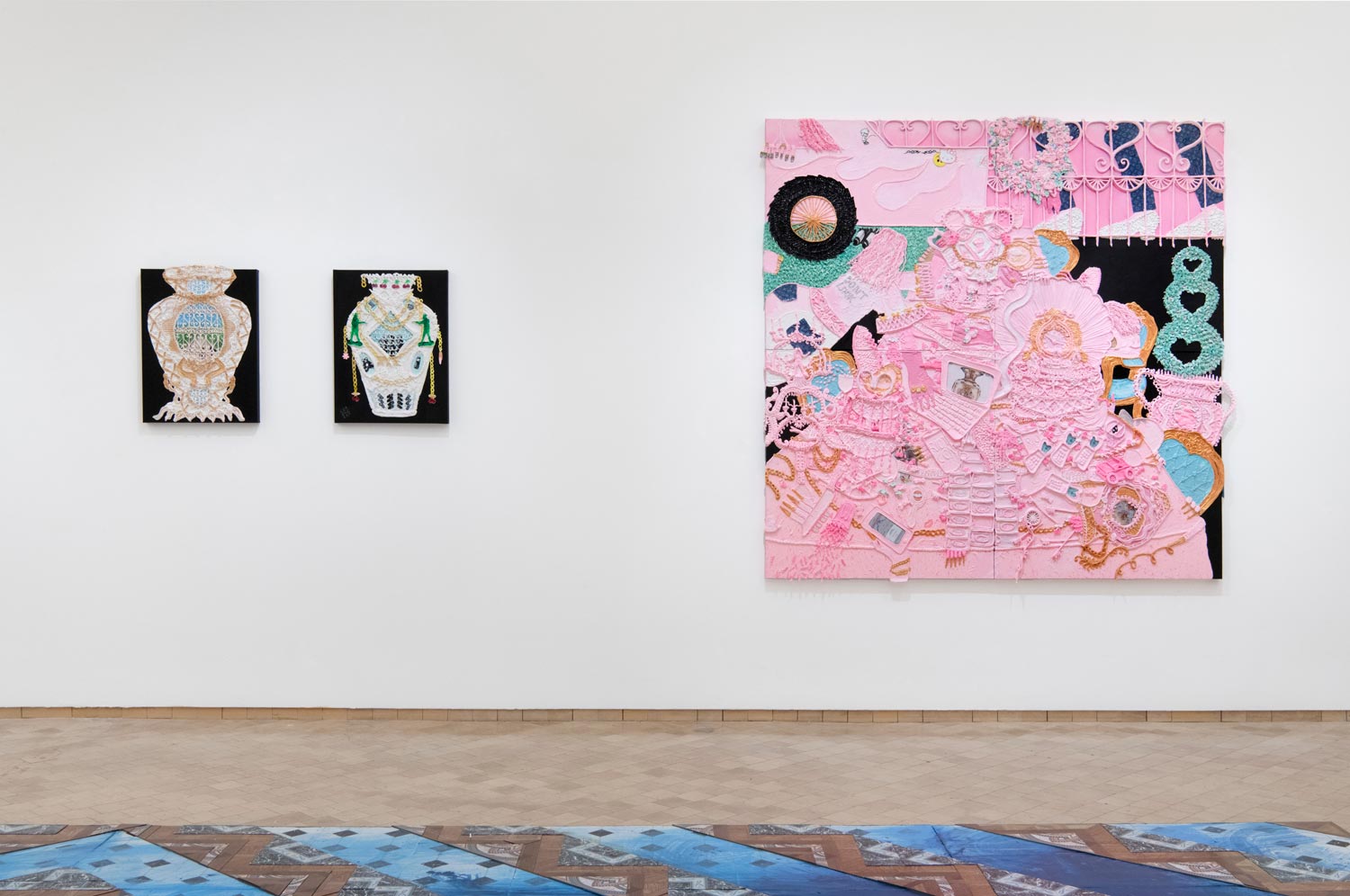 “Pink is a weapon of mass destruction; I live by those words,”

Early on in her practice, Mayorga used leftover icing from bakeries and traditional baking tools to compose pastillage reliefs and towering sculptures, taking cues from her mother’s cake-decorating labor at the iconic Chicago department store Marshall Field’s in the 1970s. Switching to acrylic paint came after heartbreak, as much of her undergraduate collection—and her original “Monuments” series—contained candy and sugar paste that crumbled in her parents’ garage over time. “I had to think strategically about what I could use to achieve the same materiality as frosting.” 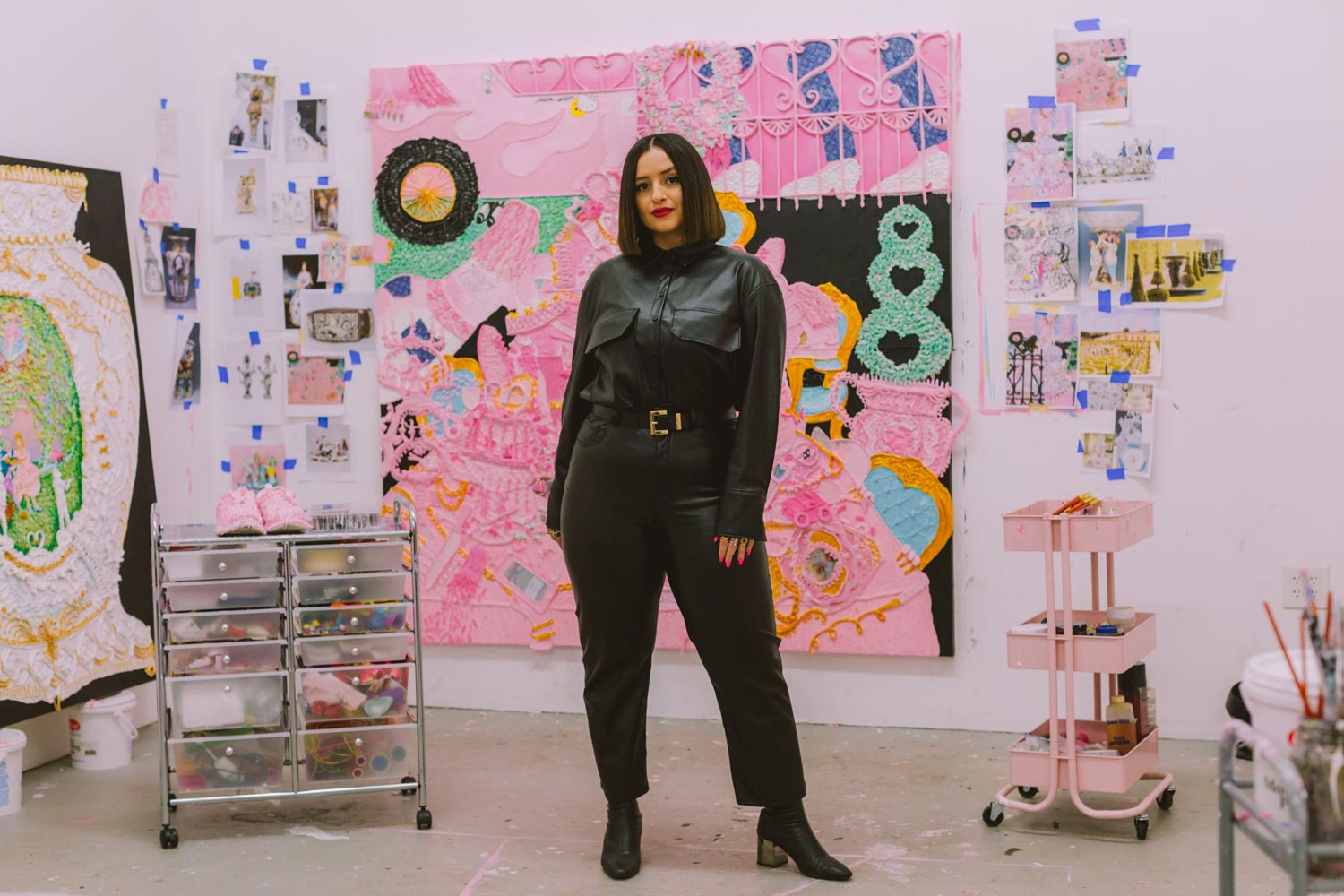 Today, she’s known for a practice that mimics cake design, applying paint to her canvas with piping bags. “Of course, there are gender associations tied to baking,” says Mayorga, who counts Doris Salcedo, Mika Rottenberg, and Kerry James Marshall as inspirations. Among the pieces displayed in the triennial, Mayorga’s work stands out for its reflections on the decadence of the American Dream and the reality of the pandemic. “Through both of these avenues—the color pink and cake decorating—I’m able to have conversations about identity, immigration, and art history.”