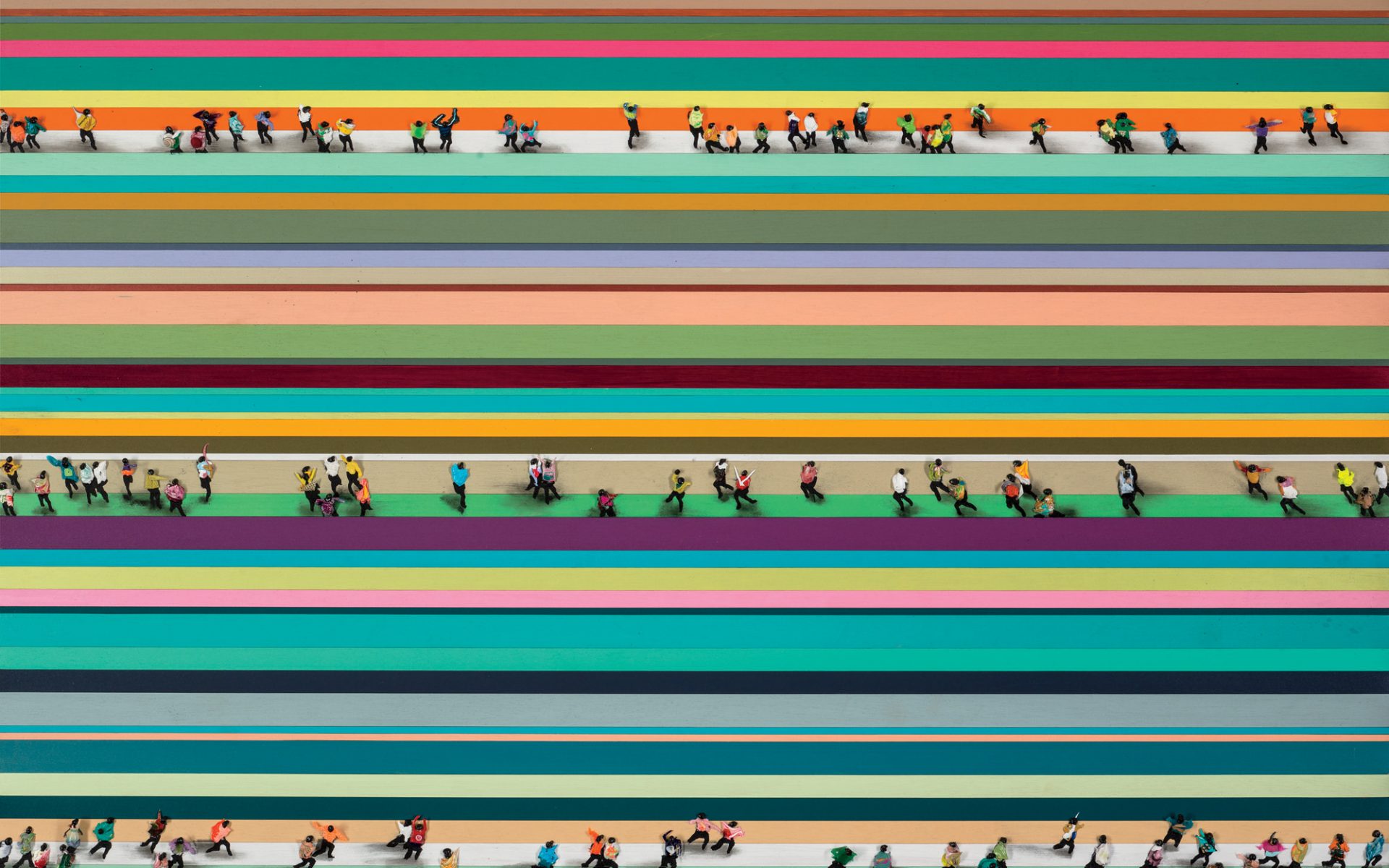 The layers of people between bright color fields in Genoves’ 2015 *Animacion* imbue In it elements of direction and dynamism.
Photo: Courtesy Marlborough Gallery

Why You Need to Know Spanish Painter Juan Genovés Juan Genovés—one of Spain’s most celebrated contemporary artists—has built a career painting works that are deeply rooted in social realism while also maintaining a compelling aesthetic. He was born in 1930 in Valencia, Spain, and grew up under the fascist regime of Francisco Franco—which would greatly shape his artistic themes. In 1976, Genovés painted El Abrazo (The Embrace)—an image of multiple anonymous subjects all giving each other hugs—as a symbolic protest against Franco’s political prisoners, and the people’s desire to resolve the struggle between totalitarianism and democracy. After 500,000 posters of the painting were hung throughout Spain, Genovés was arrested and briefly imprisoned. The painting became a national symbol of the country’s political struggles, and is now housed in Madrid’s Museo Nacional Centro de Arte Reina Sofia.

Following Franco’s 1975 death, Genovés’ style evolved to the style he is best known for today. Exploring the relationship between the individual and the masses, his aerial-view paintings of people feel otherworldly, with their absence of any environment or contextual surrounding. The peculiar perspective elevates viewers to an almost godlike position, and allows them to interpret the world as they please. While his impasto-painted subjects seem devoid of any direction and suspended in motion, his inclusion of random lines or splatters of paint add an impetus of energy and intensity.