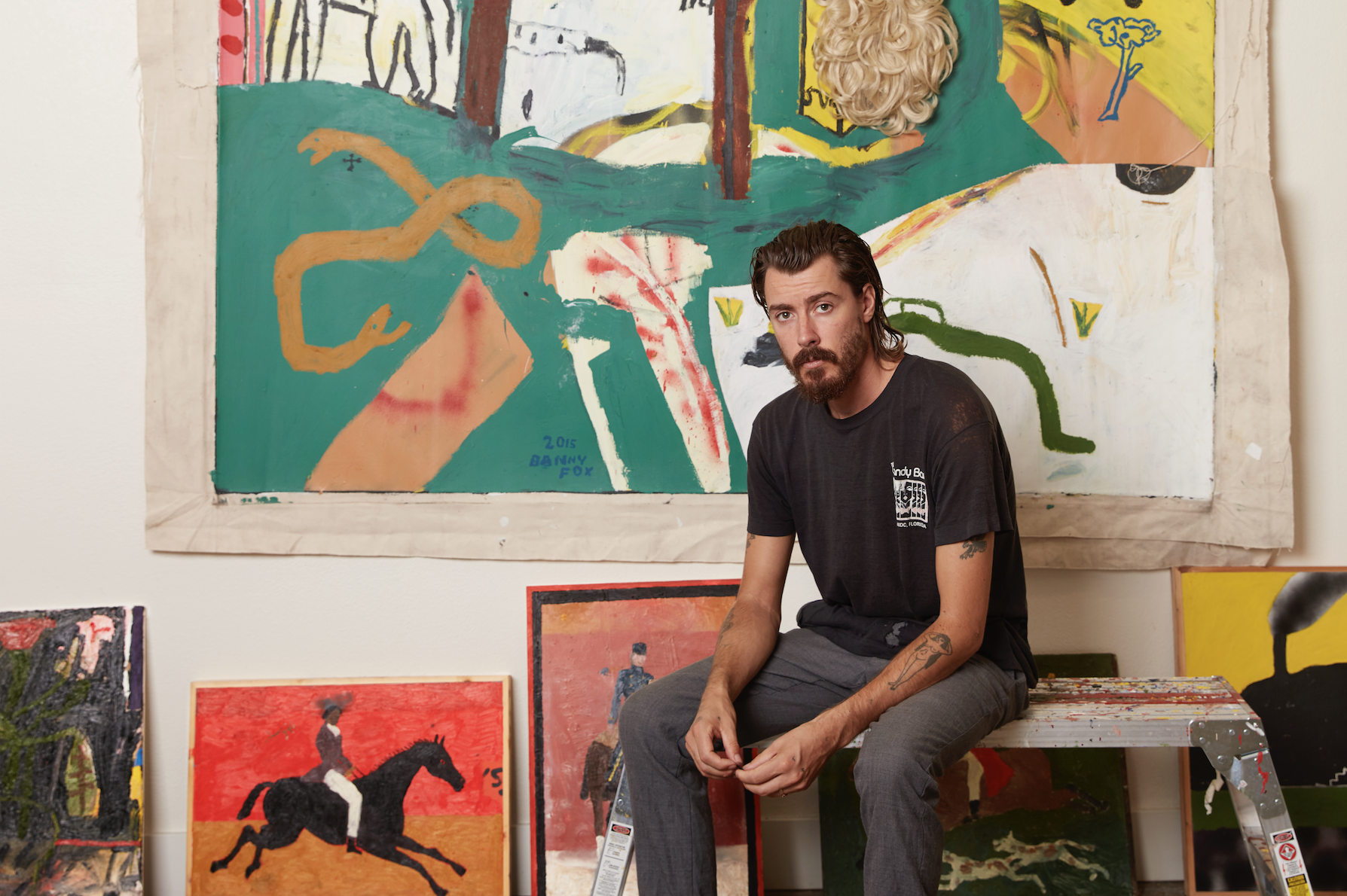 Danny Fox Is One of the Most Exciting Young Painters Today

In the artist’s sprawling new L.A. studio, we see influences of Basquiat and Gauguin The Shadows That Trees Make, 2016 Photo: Courtesy of Sotheby's

At the heart of Danny Fox’s paintings—assemblages of heroic figures and flattened objects reduced to their rudimentary parts—is a deep interest in humanity. Under his brush, the gallant commingles with the mundane, and biblical allegories are remastered as contemporary, loosely autobiographical works. New examples are on view now in London at Saatchi Gallery’s aptly titled “Iconoclasts” exhibition, where, diverting from a long painterly tradition of depicting the parabolic Prodigal Son, Fox replaces the protagonist’s usual pastoral landscape with an unlikely setting: East L.A.

“My versions are Skid Row–inspired concrete landscapes,” says Fox, a world away from the rarefied air of the London gallery where his work is being shown. A young, self-taught artist from St. Ives, England, Fox left London in 2015, vacating a studio he’s described as “not much bigger than a prison cell” and establishing a new studio in Los Angeles. On Skid Row, a chaotic stretch of downtown where makeshift encampments line the sidewalks, he found a sprawling former warehouse space—and a wealth of source material. The boxers that recur throughout his paintings are composites of various characters he’s encountered on the street. And the women who appear in a new work, The Prodigal Son in Misery at the Women’s March, materialized, he says, “after 750,000 women marched in protest through the streets surrounding my studio.”

Despite his topical subjects, Fox is not playing cultural critic or commentator; rather, he takes the perspective of keen observer, albeit one with a deeply personal angle. “Planned Parenthood Waiting Room has nothing to do with politics,” he says of another painting in the Saatchi show. “I only say that because people might think it’s about Donald Trump, but I just happened to spend some time in one of those waiting rooms with my wife last year. There is a strange feeling in those places—something sterile, of course—but they also feel almost chapel-like and vaguely spiritual.” white-cake.com “Iconoclasts: Art out of the mainstream” runs from September 27 through January, 2018