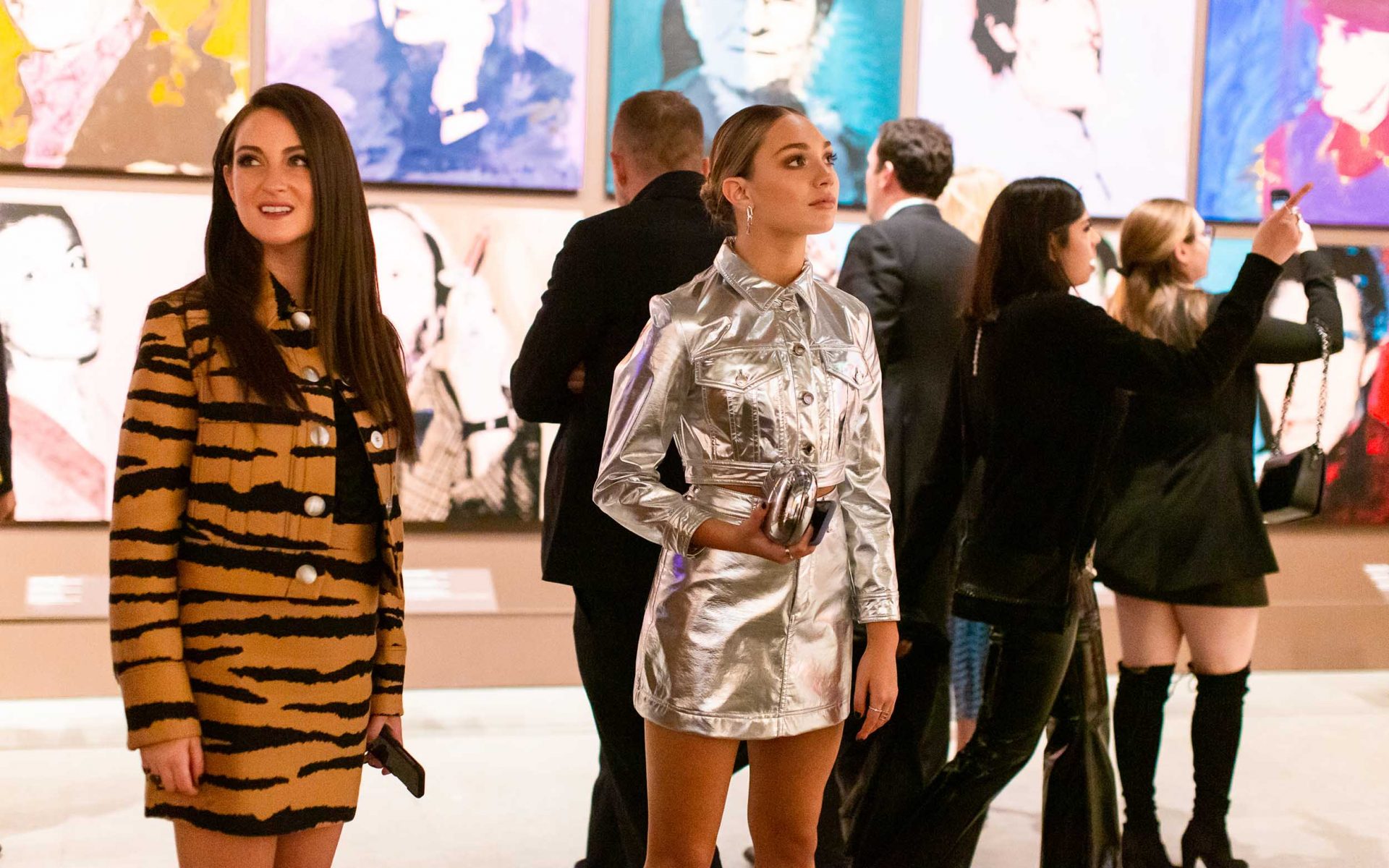 Stylist Micaela Erlanger and dancer and actress Maddie Ziegler at the exhibition "Andy Warhol: From A to B and Back Again" during the Whitney's Art Party, January 29, 2019.
Photo: Tiffany Sage / BFA

Chloe Wise, Natasha Lyonne, and Poppy were just a few of the stars in attendance

Last night, the Whitney Museum threw its annual Art Party, a benefit known for its cool crowd and tendency to get a little wild. This year’s star-studded party began in the museum’s blockbuster Andy Warhol exhibition, before guests headed to the first floor for the raunchier half of the evening. Downstairs, the party began in earnest, with music from Los Angeles DJ Kittens and trays of comfort-food-themed hors d’oeuvres featuring mini cheeseburgers and milkshakes.

The party benefits the Whitney’s Independent Study program, which supports “phenomenal rising talent,” as per Molly Krause, a member of the executive committee of the museum-affiliated Whitney Contemporaries club.

“I became involved through my passion for the Whitney and its educational programs,” Krause recalled, adding, “This fundraiser is a fun way to experience the Whitney, to intimately explore its galleries, and to show support.”

“I’m really happy to be in New York. I’ve been in rehearsals for my tour, so I’m glad that I could make it out tonight,” Poppy told Galerie. “I’m so lucky to be here. It’s for a great cause.” Poppy. Photo: Hagop Kalaidjian / BFA
Cover: Stylist Micaela Erlanger and dancer and actress Maddie Ziegler at the exhibition "Andy Warhol: From A to B and Back Again" during the Whitney's Art Party, January 29, 2019.
Photo: Tiffany Sage / BFA
Next Post