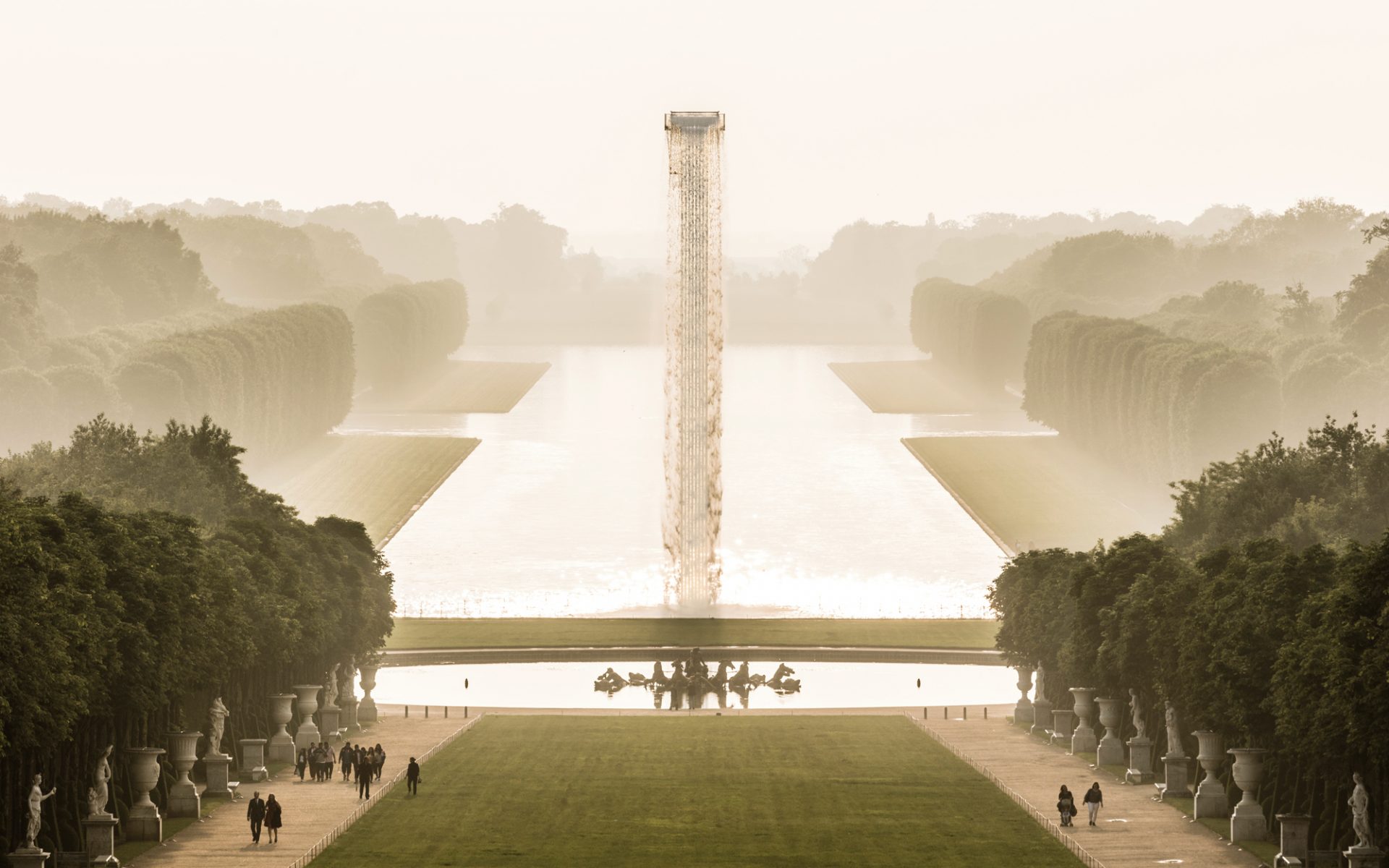 For the past several years the Palace of Versailles has invited contemporary artists to show their work in its glorious galleries and gardens. Past artists have included Jeff Koons, Anish Kapoor, and Takashi Murakami—whose works were an exciting juxtaposition with the glittering French baroque setting. Olafur Eliasson’s exhibition, the latest artist to participate, opened in June and features three mesmerizing outdoor installations and six interior installations. The most spectacular is Waterfall in the gardens’ extraordinary Grand Canal, Louis XIV’s aquatic spectacle. When viewed straight on, the towering work appears suspended mid-air, creating a surreal effect. Only when viewed from the side are its mechanics visible—a latticework tower made with yellow steel girders and a system of pipes to pump up the water. In typical Eliasson fashion, specific information on the work has been kept a mystery. During a recent press unveiling, Eliasson declined to reveal the tower’s exact dimensions, making every viewer’s experience unique.