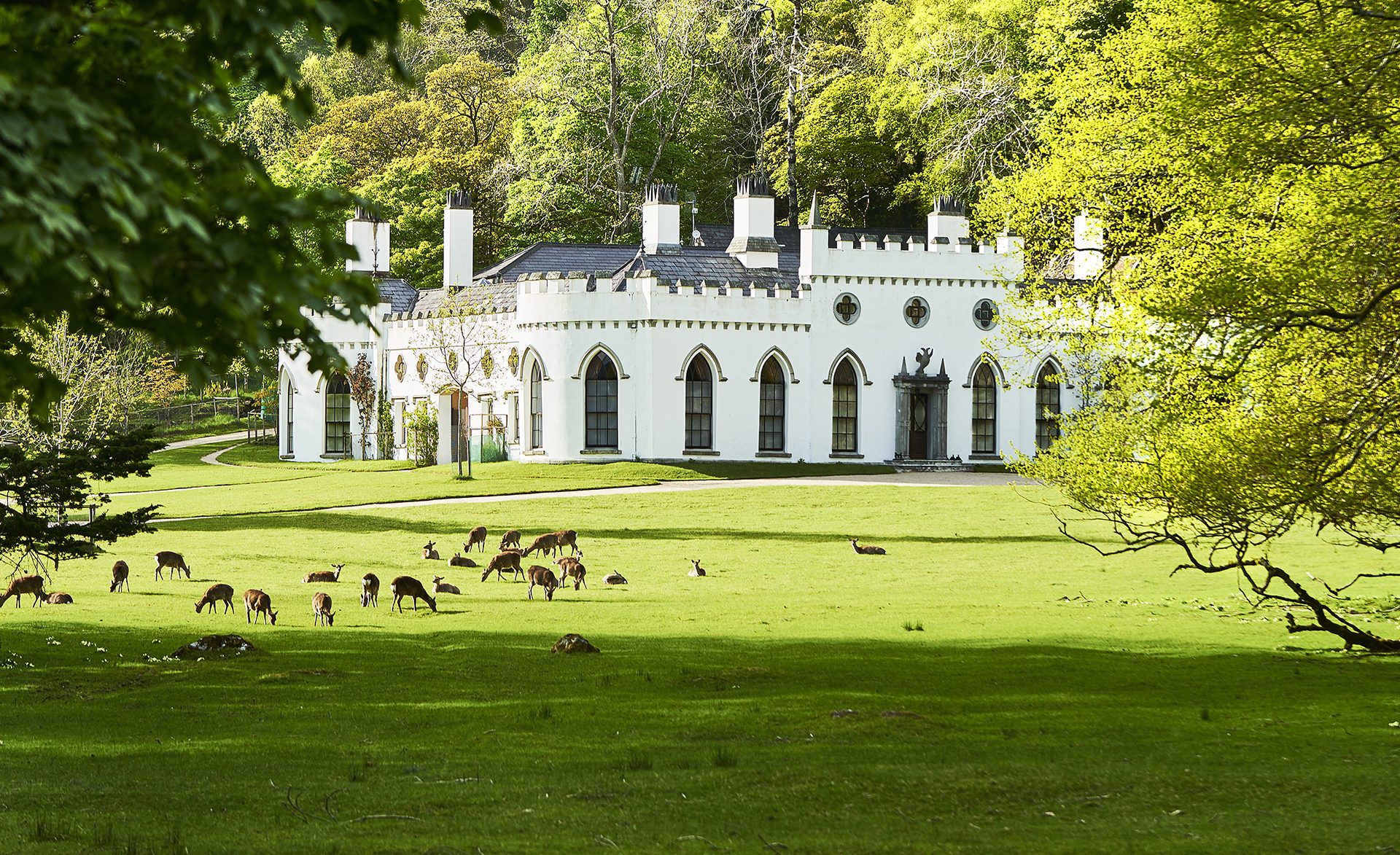 Luggala, the 5,000-acre estate of the Guinness brewing family, is on the market for $34.5 million.
Photo: Walter Pfeiffer

A handsome 18th-century castle boasting celebrity pedigree is on the market for $34.7 million

Half an hour from Dublin, this handsome 18th-century castle has welcomed such pop-music luminaries as Michael Jackson, Mick Jagger, and Bono. They were guests of the Guinness brewing family, which acquired the 5,000-acre estate, named Luggala, in 1937. In the 1990s, Irish conservation specialists Sheehan & Barry Architects oversaw a multimillion-dollar refurbishment of the seven-bedroom Gothic Revival main lodge. Elsewhere on the vast property are several guest cottages with 20 additional bedrooms, as well as silvery waterfalls, a substantial loch, and dense woodlands ideal for hunting. The plush living room of the 7,400-square-foot main lodge, which dates to 1810. (Seven outbuildings on the property offer an additional 9,000 square feet of living space.) Photo: Antonio Martinelli The home has played host to Mick Jagger, Bono, and Michael Jackson, among many other bold-face names. Photo: Antonio Martinelli The majority of the home was severly damaged in a 1956 fire and quickly rebuilt. Photo: Antonio Martinelli Braveheart and the television show The Tudors were shot on the sprawling property. Photo: Niall Carroll
Cover: Luggala, the 5,000-acre estate of the Guinness brewing family, is on the market for $34.5 million.
Photo: Walter Pfeiffer
Next Post