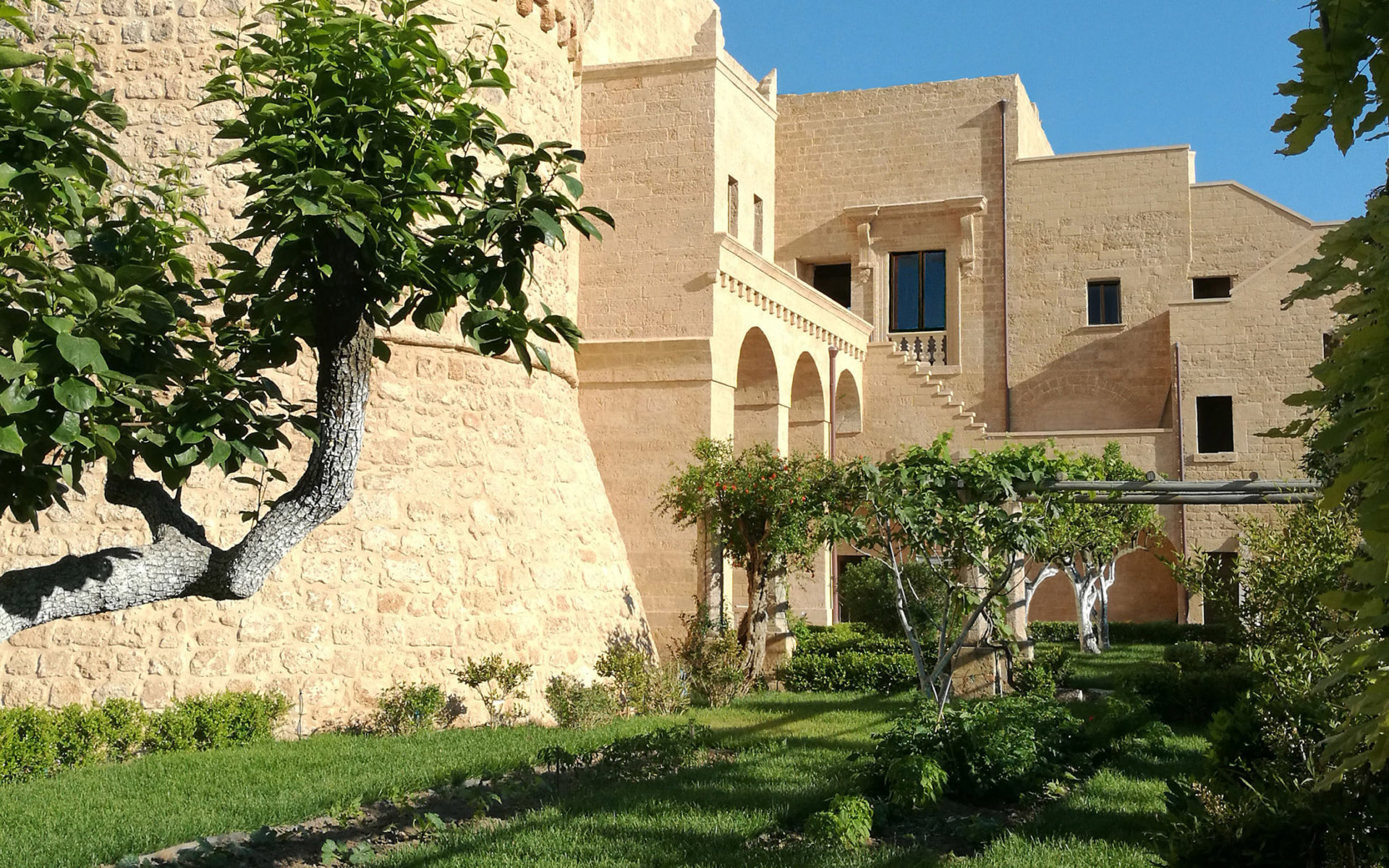 After a $12-million overhaul, the former palace has been transofmed into a boutique hotel, a cooking school, and an art gallery

At the southern tip of Puglia, on the heel of Italy’s boot, a new boutique hotel allows travelers to experience the region’s famous cuisine, historic architecture, and art all in one spot. Castello di Ugento, in Salento, is the brainchild of former Pepsi CEO Massimo d’Amore and his partner, Diana Bianchi. Built by d’Amore’s ancestors, the long-dormant 17th-century palazzo was given new life in November, after a $12 million restoration. Guests can take classes with acclaimed chef Odette Fada at the state-of-the-art cooking school, while the museum wing showcases 400-year-old frescoes alongside recent works from a rotating cast of regional artists. castellodiugento.com Constructed on the ruins of a Norman fortress, Castello di Ugento was transformed over the past decade into Puglia’s latest hot spot. Photo: Roberto Corvaglia “Clearly the biggest surprise was discovering the Norman Tower and double arch—the oldest entrance to the tower,” says Massimo d’Amore. “Never before had any historian or art expert imagined the Castello had been built on those 900 year old foundations.” Photo: Roberto Corvaglia Seventeenth-century frescoes in the exhibition hall were restored and will be juxtaposed with modern works. Photo: Roberto Corvaglia An enchanting garden on the property. Photo: Roberto Corvaglia The intimate hotel is expected to host its share of weddings. Photo: Roberto Corvaglia One of the guest rooms. Photo: Roberto Corvaglia