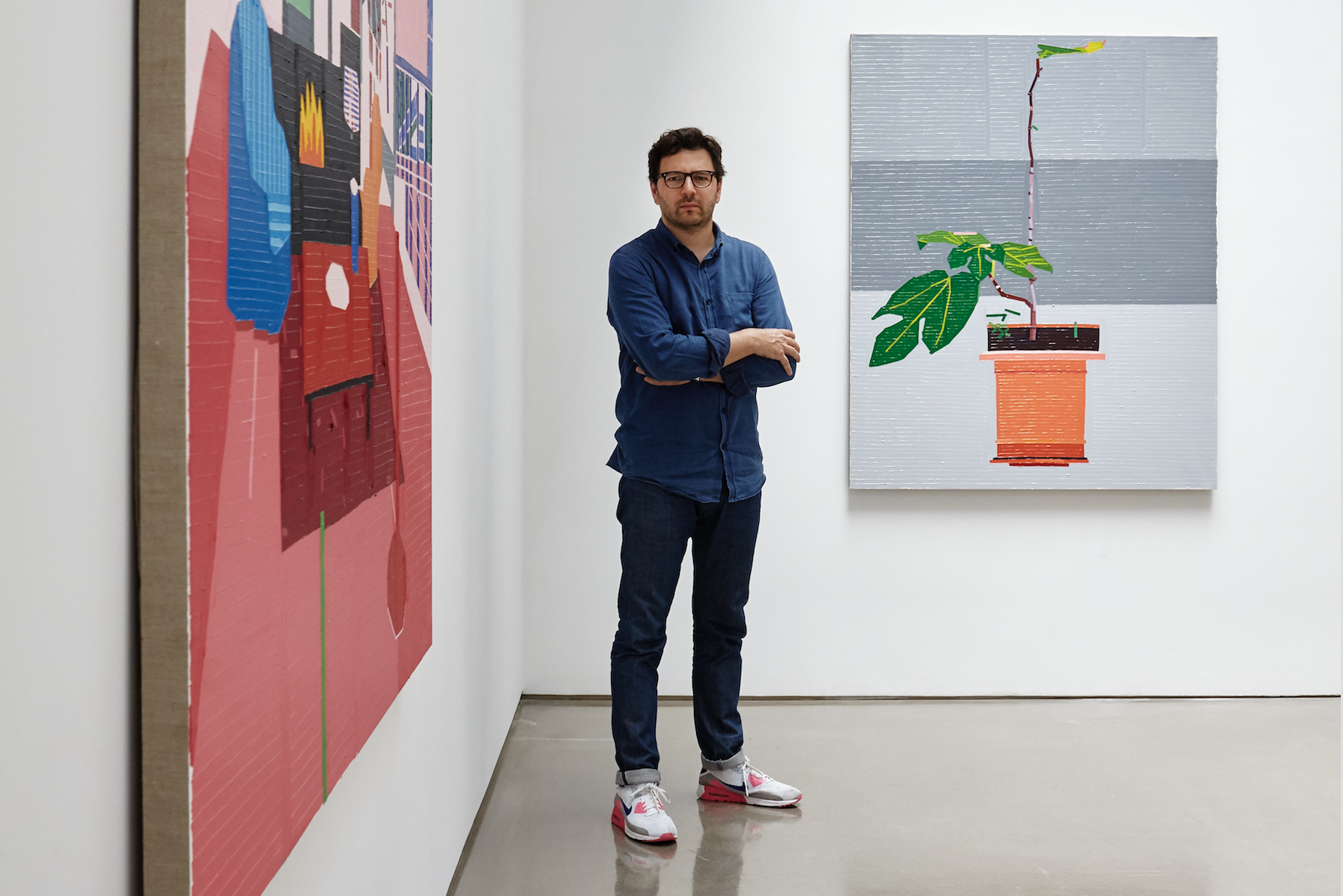 The Bright and Bold Art of Guy Yanai Tel Aviv, 2017, oil on linen Photo: Courtesy of the artist

When Guy Yanai was 7 years old, he and his family moved from Haifa, Israel, to Framingham, Massachusetts, in the suburbs of Boston. The shock of dislocation he experienced is one he’s never forgotten, with the family’s split-level house at the center of his memories. But what did that house really look like? Thirty-three years later, the artist turned to Google Street View.

The painting Yanai produced, Fox Hill Road (2017), was a central image of his solo show at New York’s Ameringer|McEnery|Yohe gallery this past summer. Simultaneously melancholy, mundane, and joyful, it has the woozy, strangely flattened perspective familiar to anyone who’s shopped for real estate using Google technology. It also has the dreamlike quality that comes with the recollection of a long-distant childhood home. “Nabokov talked about this concept of ‘possessing the past,’ ” says Yanai, 40, from his studio in Tel Aviv. “It’s one that’s always resonated with me.” But the artist jogs his own memory in a distinctly modern way, turning to iPhone photos, Tumblr, and even user-uploaded shots from TripAdvisor for source images. “People freak out about the dangers of technology, but I think we’re living in a great time,” he says. “I’ll use any tool to help me create a better painting.” Executed with a dense series of narrow, horizontal brushstrokes, Yanai’s candy-colored paintings of houses, potted plants, and interiors have the somewhat pixilated feel of early digital imagery—think David Hockney meets Minecraft. But at the same time, there’s a compelling physicality to his canvases; each stroke of his brush leaves an irregular ridge of paint across the top and bottom of the line, resulting in a canvas that feels deliberate, handmade, and intensely human. “Not every artist is able to develop a signature style, even over an entire career,” says his Paris dealer, Benjamin Derouillon. “But Guy has achieved a unique style that’s his alone. He can paint anything and you know it’s him. That’s very rare.”

The past few years have been particularly productive ones for Yanai, who exhibited at Galerie Derouillon in March and is now gearing up for his fourth show of 2017, at Praz-Delavallade in Los Angeles in November. He mentions a newfound “discipline” and a six-days-a-week (or more) focus to his practice. “The pace has been relentless, but it’s what I love,” he says. And then he corrects himself: “Actually, it’s more than just love. I feel like I’m jumping on a mine for my painting every single day. Right now, it’s all or nothing. There are no gray areas.” Guy-yanai.com