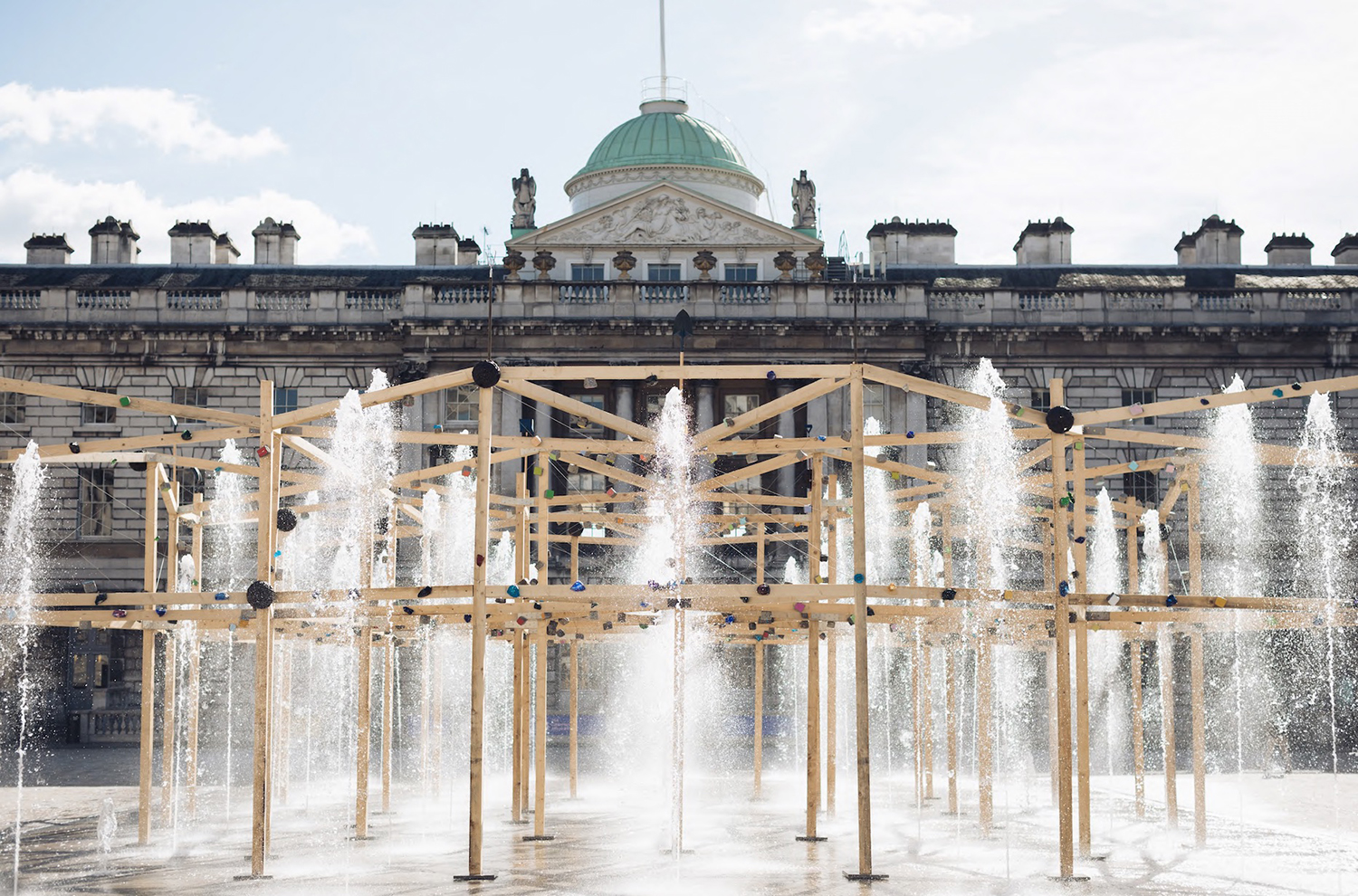 1-54 African Art Fair is held at Somerset House in London.
Photo: Courtesy of 154

The Best Art and Design Fairs Around the World This October

From Frieze London to the first Bangkok Biennale in Thailand, here's your monthly global itinerary

The new fall season brings many exciting art and design happenings. The fair circuit begins on October 4 with Frieze Week in London, on which the art and design world descends for a mélange of fairs. Held every year in Regent’s Park, Frieze London is one of the most anticipated on the art world’s calendar. This year features some 160 galleries comprising fair veterans such as Hauser & Wirth and Salon 94 and younger galleries such as 47 Canal alongside spirited newcomers to the fair in London, including Xavier Hufkens.

Not-to-miss highlights include a special theme titled “Social Work,” which pays homage to female artists of the 1980s and 1990s “who challenged the status quo and explored the possibilities of political activism in their art making,” according to a statement. (This is a follow-up to last year’s buzzworthy special presentation, which looked at radical feminist practice since the 1960s.) Artists working in this theme include Faith Ringgold, Sonia Boyce, Helen Chadwick, and Nancy Spero. In a similar vein, Deutsche Bank has teamed up with Tracey Emin for an exhibition of 35 female artists in the bank’s collection. Christina Quarles, Grounded by Tha Side of Yew 2017, at Pilar Corrias’s booth at Frieze London. Photo: Courtesy of Pilar Corrias

Frieze Masters takes place just a stone’s throw away and offers work spanning six millennia pre-2000 from modern and historical galleries. (This year sees a rise in the popularity of collecting Old Masters, with some 14 specialist dealers set to show.) Both fairs run through September 7. Nicolaes Lachtropius, A Still Life of Flowers in an Ornate Vase, 1668, at Frieze Masters. Photo: | Courtesy of Johnny Van Haeften.

After long days spent in the fair halls, make sure to take a break at Frieze Sculpture, where the work of 25 artists such as Rana Begum and Elmgreen & Dragset is dotted throughout the outdoor grounds (through October 3). The boutique PAD London fair, meanwhile, is dedicated to 20th-century art, design, and decorative arts and will take place once again in Mayfair from October 1 through 7 with a lineup of 58 returning exhibitors and 10 newcomers. The London iteration of the original fair in Paris has garnered a serious following among interior designers and art lovers alike. As ever, its focus is on 20th-century European design and objets, with an eclectic assortment of art, antiquities, and contemporary design. Over in Paris, the 45th edition of FIAC (October 18–21) will host 195 galleries in the nave and exhibition rooms of the Grand Palais. A highlight every year is the Hors les Murs outdoor exhibition in the Jardin des Tuileries, inaugurated in 2006 and organized in collaboration with the Louvre. Some 30 artworks responding to the history of Paris will be displayed around the garden. The Outsider Art Fair, held during the same week, is moving to a new site in the 2nd arrondissement, proving the genre’s booming popularity. Mel Bochner, Blah, Blah, Blah, will be one of the featured works at Carnegie International in Pittsburgh, 2018.

In the U.S., art fans are looking forward to the Carnegie International in Pittsburgh—“our Venice Biennale,” as one art world insider put it. The oldest exhibition of contemporary art in North America, the exhibition was founded in 1896, just one year after Venice’s first grand exhibition. Opening on October 13, the highly anticipated show was launched by industrialist Andrew Carnegie with the premise to help identify the “Old Masters of tomorrow.”

This year’s edition is curated by Ingrid Schaffner—formerly chief curator at the Institute for Contemporary Art in Philadelphia—and is centered around the Carnegie Museum of Art. Alongside up-and-coming talent such as Jessi Reaves, there will be some iconic American artists such as Kerry James Marshall and Zoe Leonard. In New York, the fall edition of the European Fine Art Fair (TEFAF) takes place once again at the historic Park Avenue Armory and offers its usual eclectic assortment of fine and decorative art from antiquity to 1920. A pair of sugar casters from 1772 on offer at Aardewerk Antiquair Juwelier. Photo: Courtesy of TEFAF

Across the globe, Thailand is hosting the first Bangkok Art Biennale from October 19. Some 75 artists hailing from 33 countries—including the likes of Yayoi Kusama and Marina Abramovic—will be presenting their works across the city, including some new artist commissions that will be situated within ancient sites and temples.

Read on for our selection of the top art and design happenings around the world in October.

The Other Art Fair, UK

Cover: 1-54 African Art Fair is held at Somerset House in London.
Photo: Courtesy of 154
Next Post