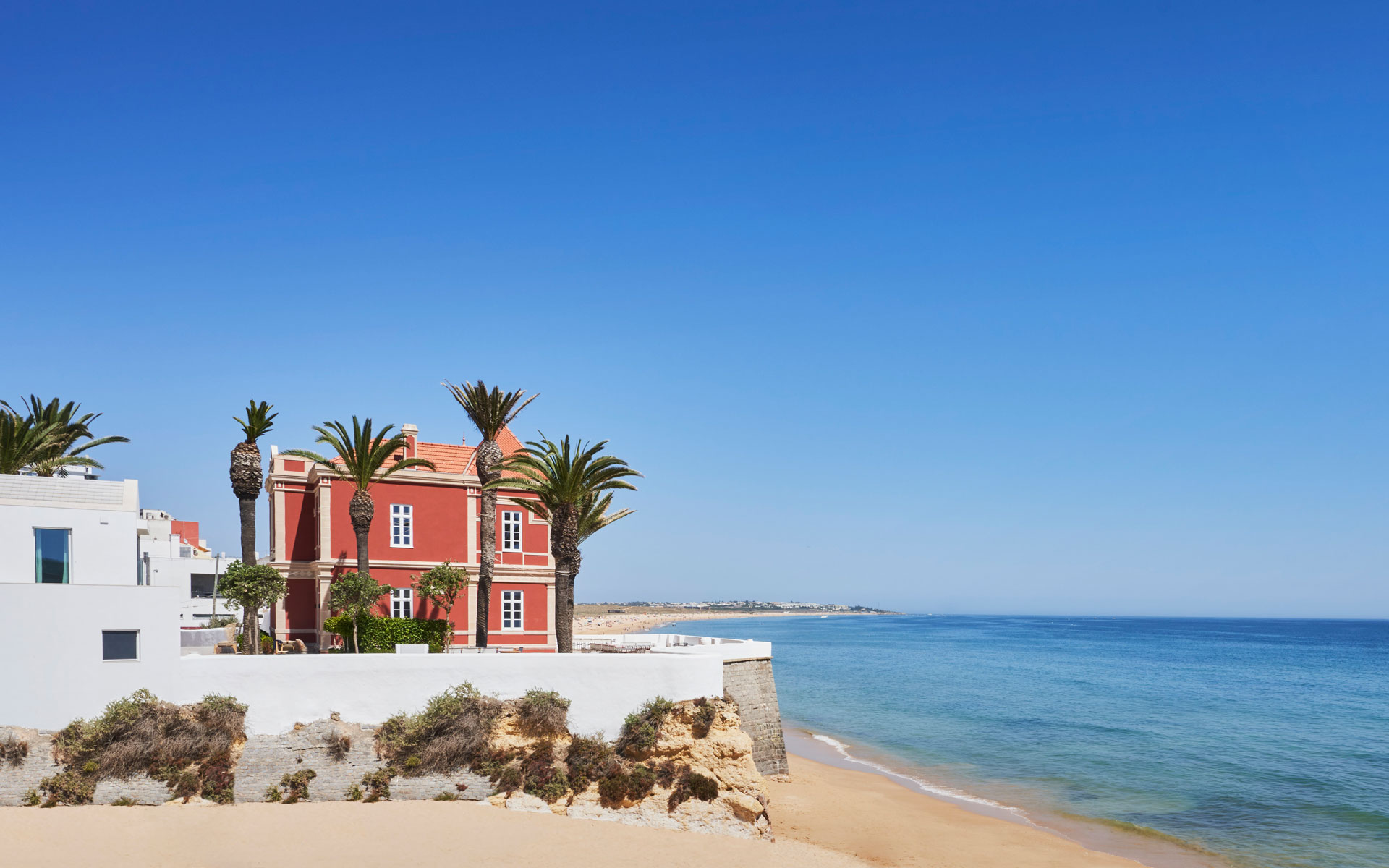 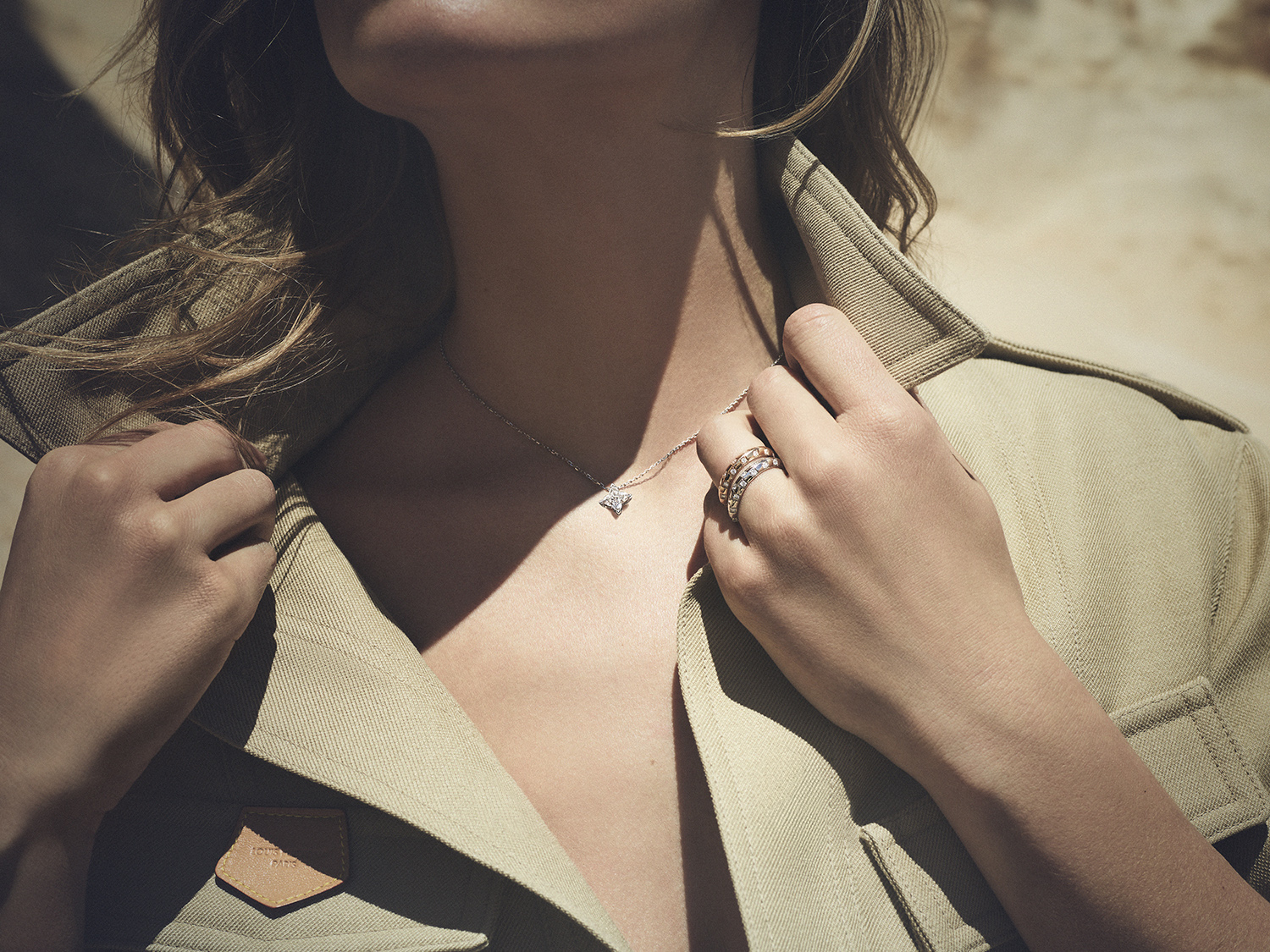 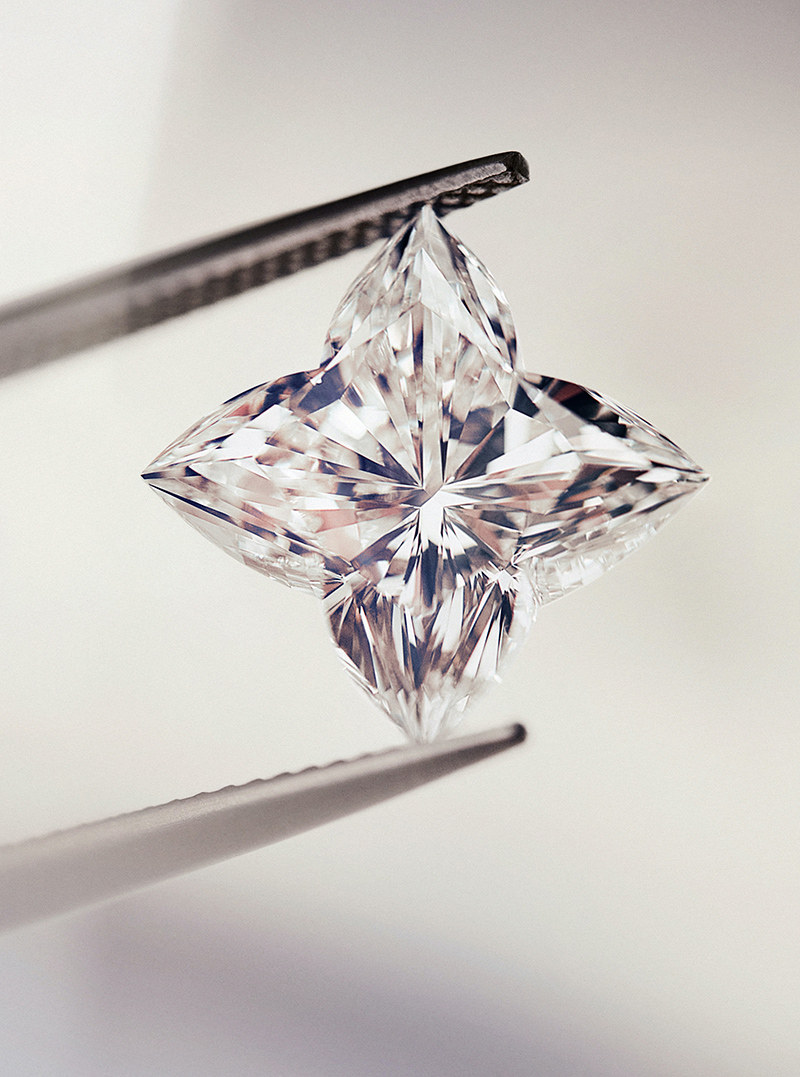 Louis Vuitton proves that diamonds are indeed a girl’s best friend with the launch of LV Diamonds, a striking new fine jewelry collection designed by Francesca Amfitheatrof. Under the creative direction of Amfitheatrof, who has been at the helm of Louis Vuitton’s jewelry and watches department since 2018, the classic motifs of the historic French maison have been reinterpreted in fresh and contemporary ways. Take, for example, the iconic monogram flower, which was originally conceived by Georges-Louis Vuitton when the company was founded in 1896. It has been transformed into a new cut that is being dubbed the LV Monogram Star diamond. Boasting 53 facets with pointed ends, the diamond features in a range of rings, earrings, and pendants. Another nod to the history of the maison is seen in a series of unisex rings with pavé diamonds that pay tribute to the Art Deco-style of Gaston-Louis Vuitton’s signature suitcases of the 1920s and 1930s. —Lucy Rees

One of East Hampton’s most scenic settings, the LongHouse Reserve will host its annual summer benefit on July 23. Dubbed “Onward,” this year’s event will include a number of special guests including artists Cheng Tsung Feng, Moko Fukuyama, Fitzhugh Karol, Steven and William Ladd, and Bjorn Amelan, who will be present to give insight into their provocative works installed on the 16-acre garden site. Visitors will also be able to bid on pieces by globally recognized talents with ties to the East End, like Cindy Sherman, Michele Oka Doner, Toni Ross, and Kiki Smith; listen to live music; and enjoy cocktails and light bites while helping raise funds to preserve this idyllic retreat founded by the late textile artist Jack Lenor Larsen. “Jack’s essential mission was to teach living with art in all of its forms,” says LongHouse director Carrie Rebora Barratt. “The new works are innovative, provocative, beautiful, respectful of the garden, and precisely what Jack wanted each year—change.”—Jill Sieracki 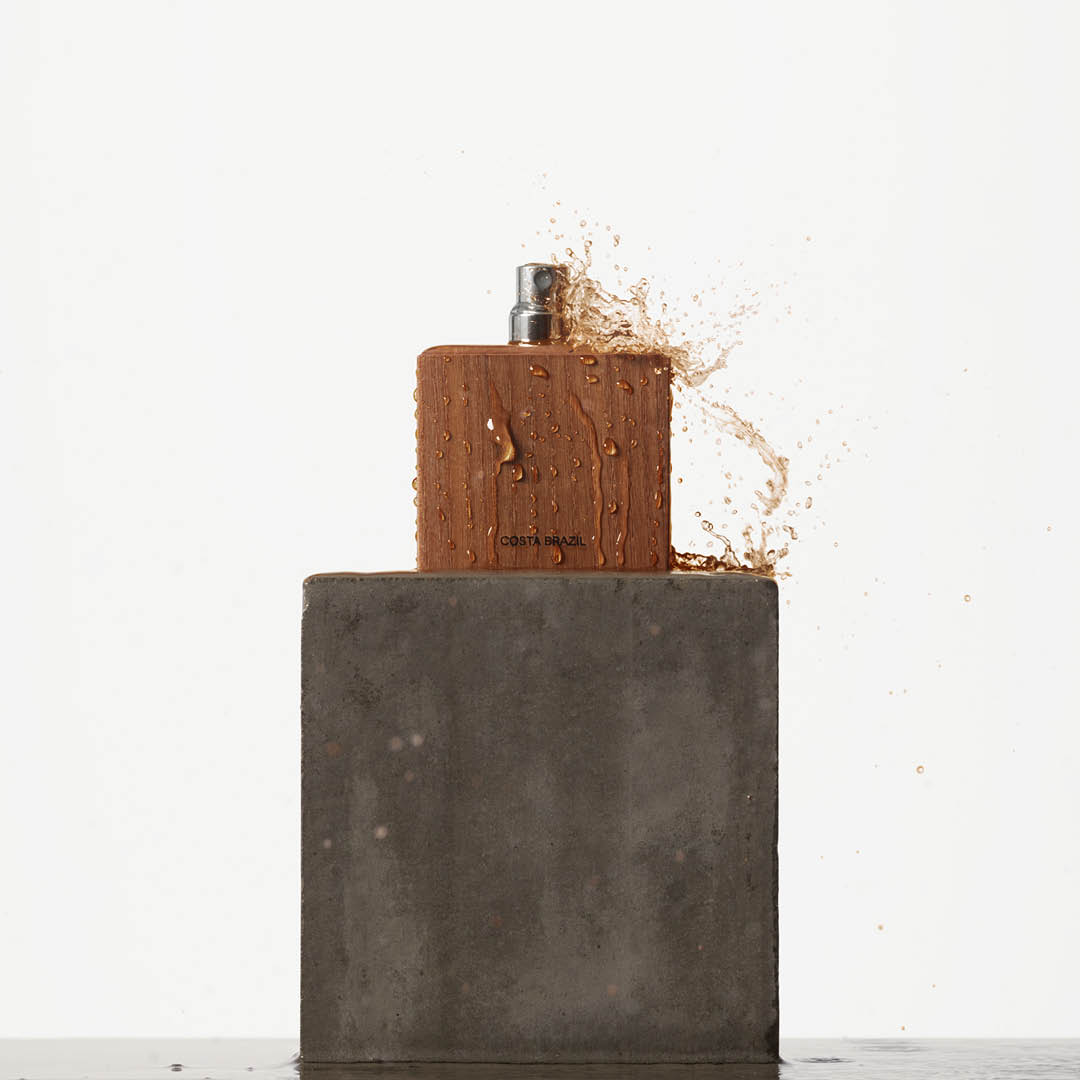 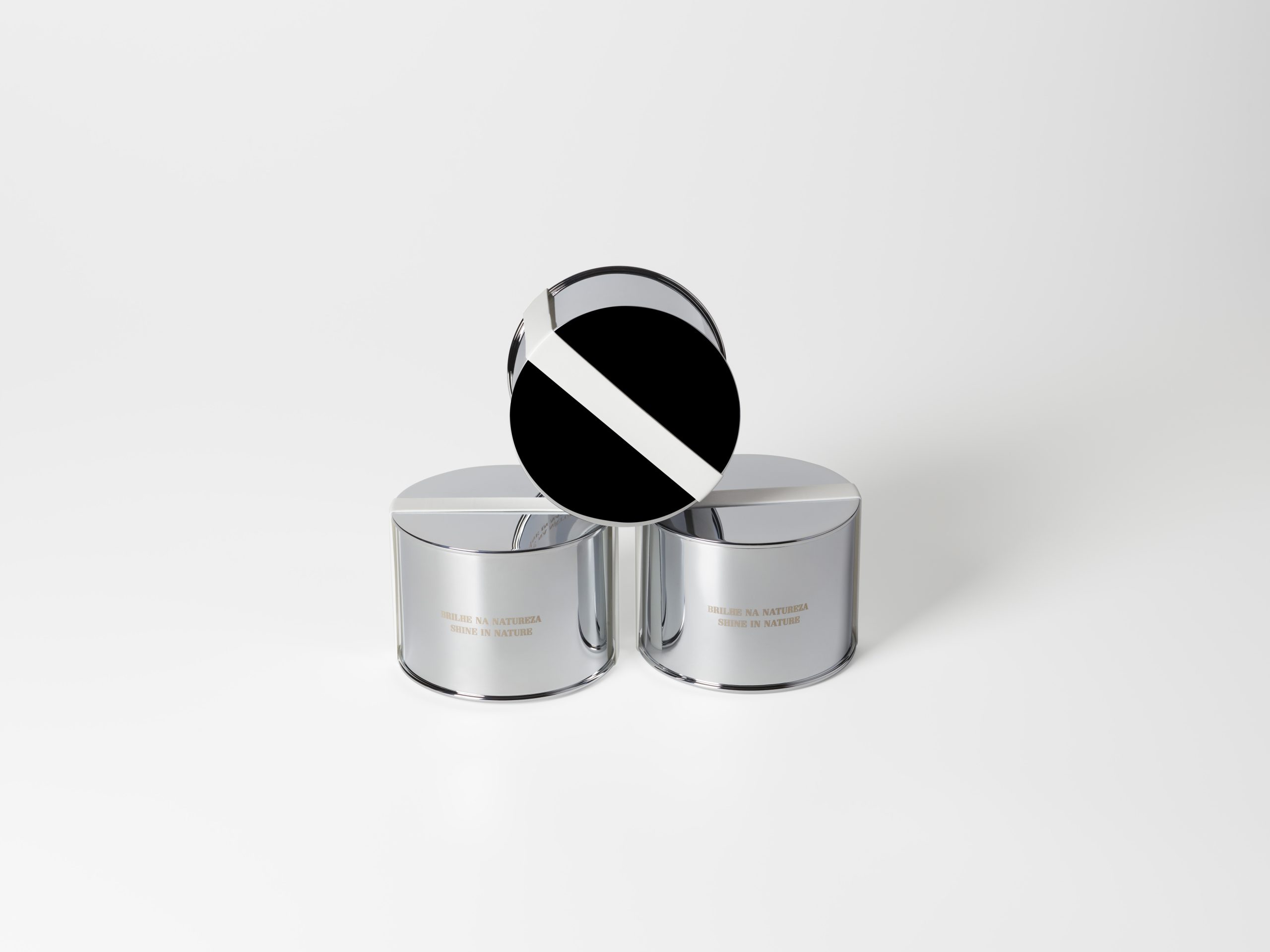 3. Fashion Designer Francisco Costa Debuts a Fragrance Collection That Captures the Scents of the Amazon Jungle

Even if your summer travel plans don’t include waking up in the jungle at dawn, you can now experience the same feast of fresh and exotic scents with Aroma, a new fragrance by Costa Brazil. Designed by Francisco Costa, the Brazilian-born fashion designer highly regarded for the minimalist aesthetic he cultivated during his 13 years as creative director of Calvin Klein women’s collection, the unisex fragrance works both on the body and for the home. Featuring the natural ingredient breu, a fragrant resin often discovered in Costa Brazil’s skin oils, the recent introduction has notes of patchouli, sandalwood, and vetiver. Plus, the line is complemented by a limited-edition breu resin rock, which can be burned in a manner similar to a sacred ritual, and a candle in a mirrored vessel, which reads Shine in Nature.—Jacqueline Terrebonne 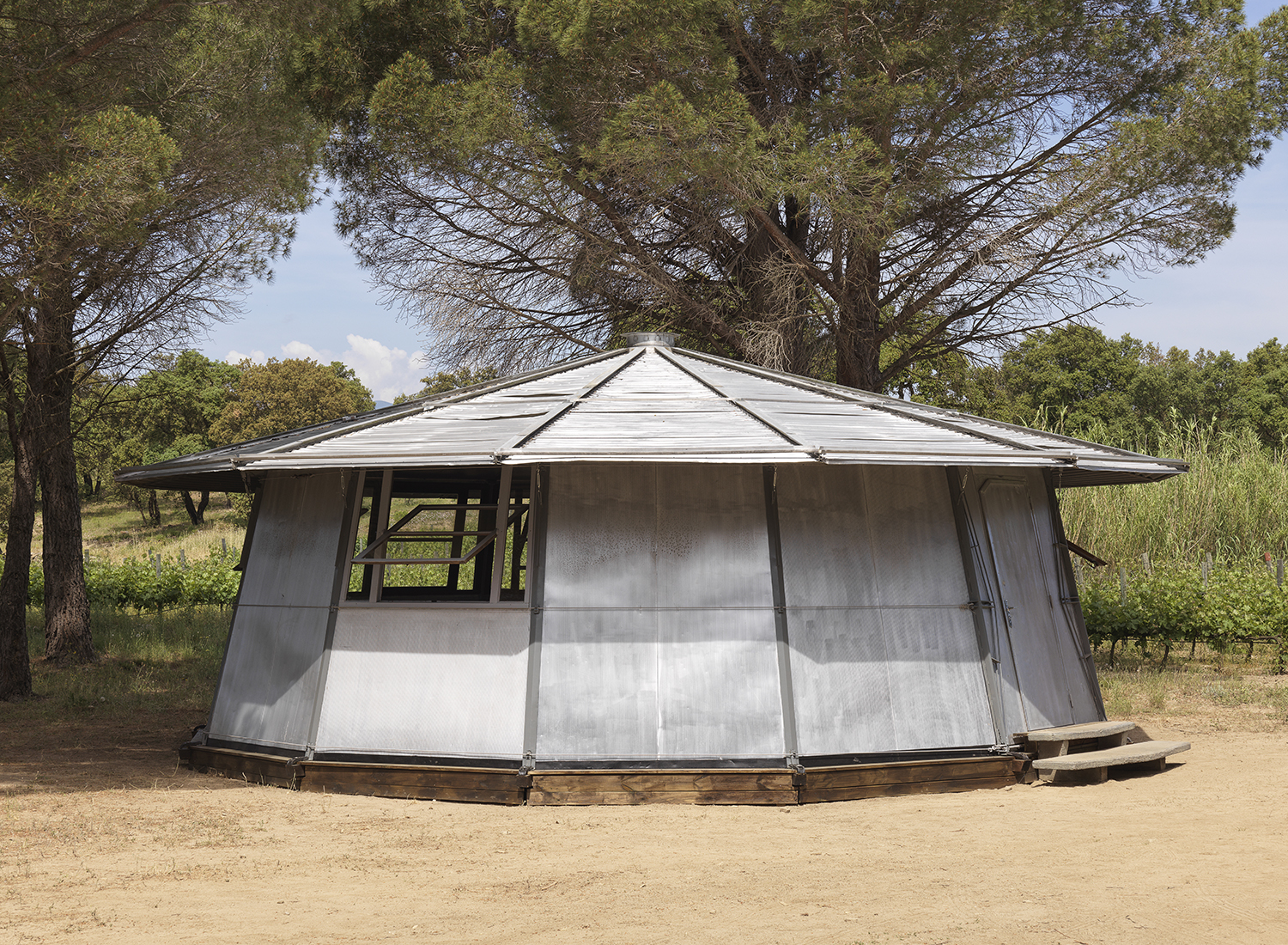 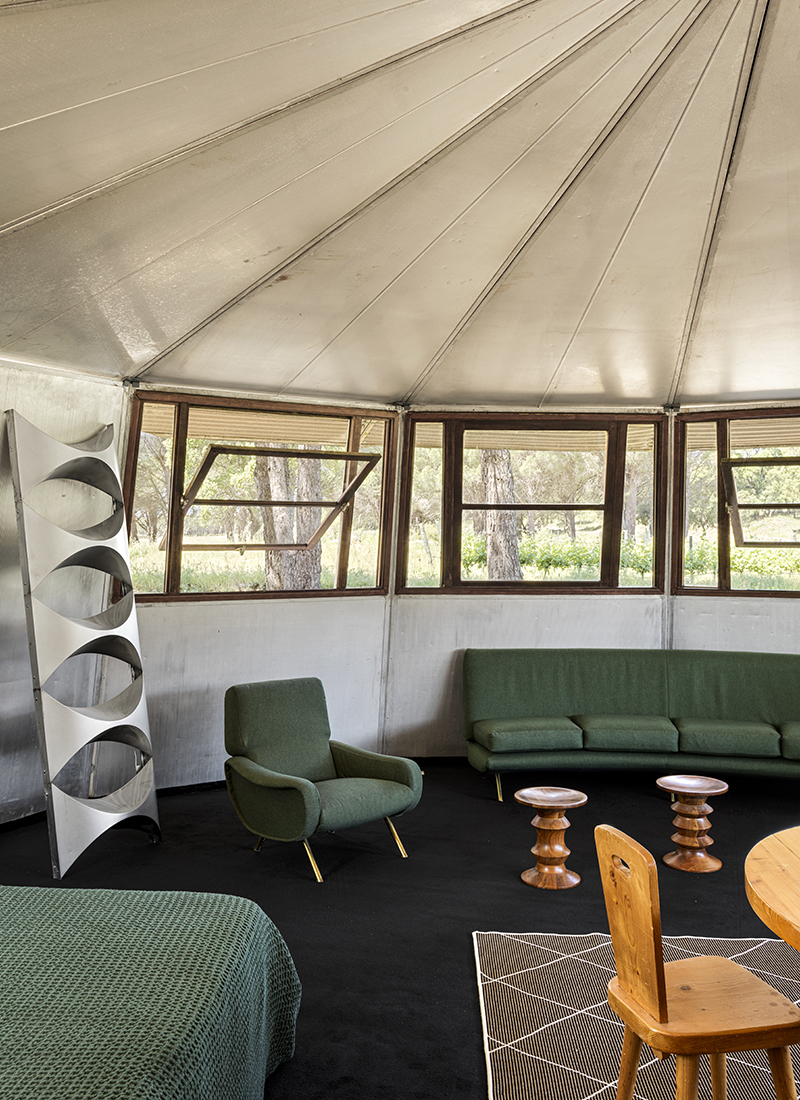 The curved forms of Marco Zanuso’s ‘Triennale’ sofa hug the circular circumference of the Marabout House. The ‘Lady’ armchair is by the same designer, the black and white floor lamp is Swiss 1980s, and the two wooden stools were created by Charles and Ray Eames in 1960. Photo: Courtesy of Tripod Agency

Among the lush greenery of Spain’s Catalonia region, Terra Remota vineyard welcomes a new exhibition which masterfully blends history and design. French design dealer Clément Cividino installed the famed 1958 metal structure Marabout House, which was designed by pioneer Raymond Camus and built in the workshops of architect Jean Prouvé, among the vineyard’s picnic grounds. Initially serving as lightweight and temporary housing in Paris, the structure has been fully renovated by Cividino, who specializes in prefabricated architecture from the 20th century, alongside French real estate company Architecture de Collection. As for the interior, also designed by Cividino, furniture and works by the likes of designer Charlotte Perriand, architect Marco Zanuso, artist Bruno Munari, and architect Georges Candilis fill the space. Running until the end of August, the structure is also being marketed by Architecture de Collection as a one-of-a-kind sale. —Shelby Black 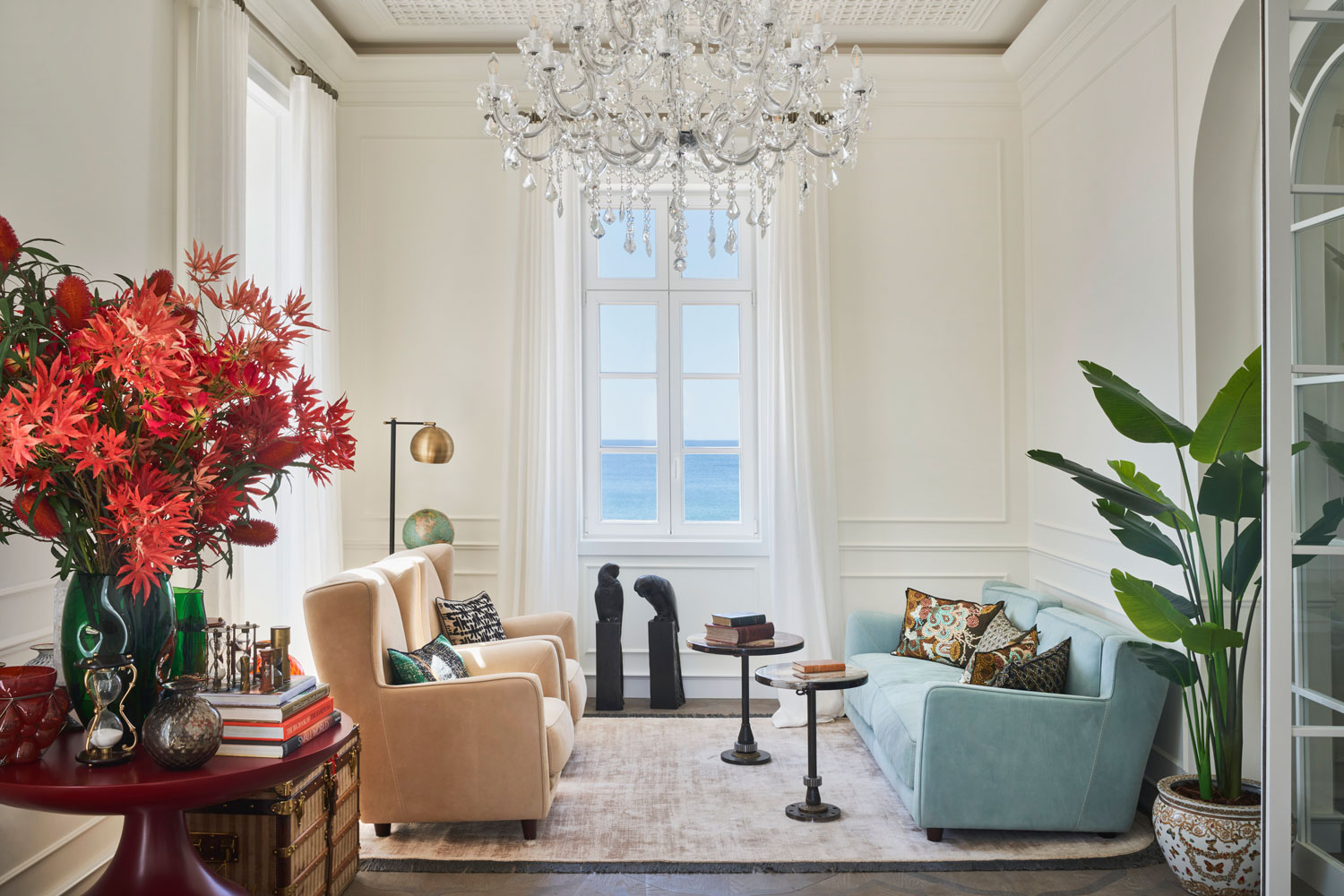 Planning some last-minute summer travel? Vila Vita’s newest property, Red Chalet, is now open for reservations. Nestled in the heart of Armação de Pêra in Portugal’s Algarve region, the historical four-bedroom villa boasts perfect oceanside views. A family summer home for almost 80 years, the Red Chalet was built during the turn of the 20th century and many of the original Belle Époque elements have been restored, including the unique wood flooring, antique chandeliers, and spectacular staircase. Guests of the Red Chalet have access to a private chef, personal concierge, and the Vila Vita Parc facilities which incorporate a brand-new Sisley Spa, Portugal’s largest private wine collection, yacht, and helipad. —Stefanie Li