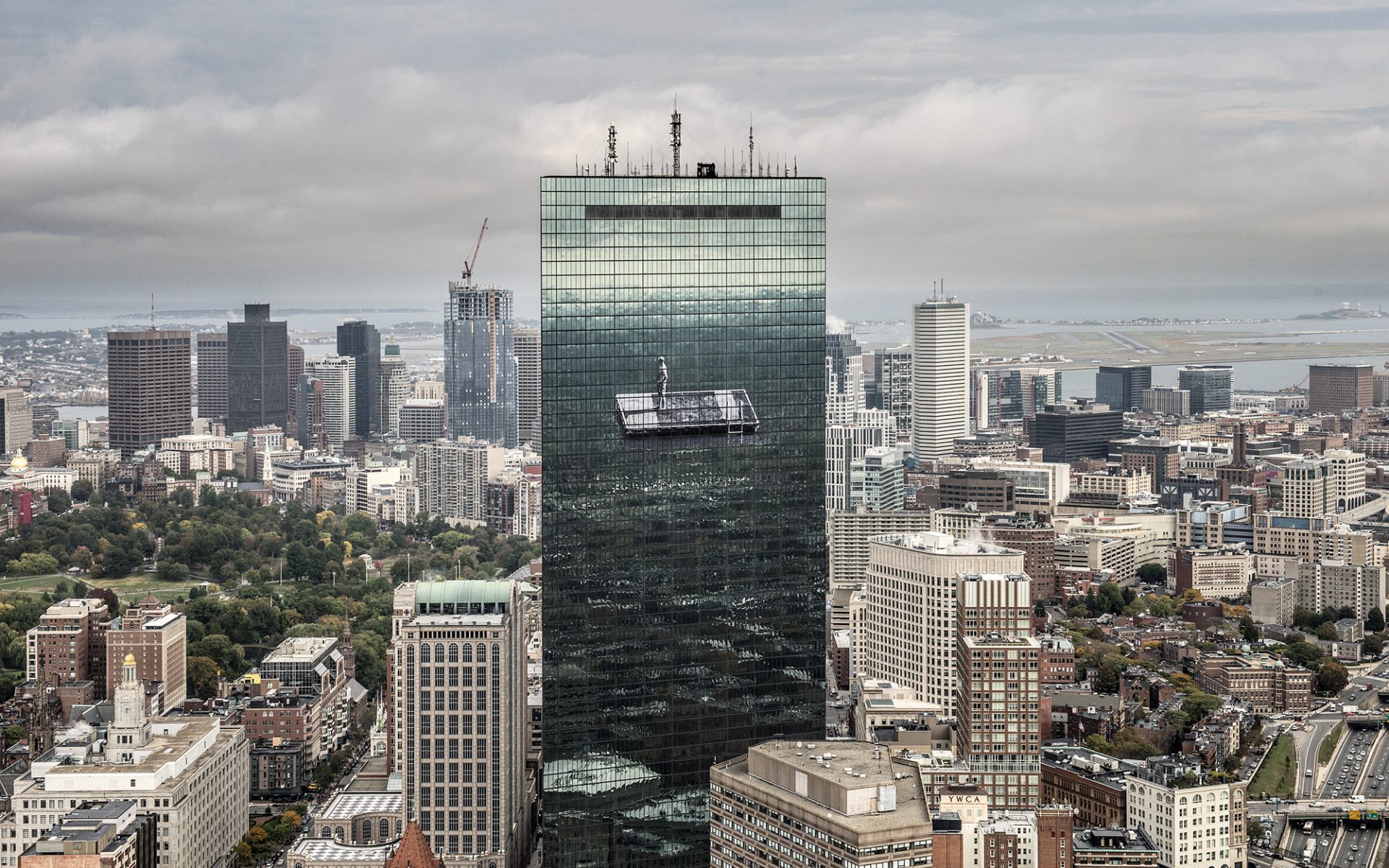 JR’s Untitled was featured on Boston’s tallest building from September 2015 to April 2016.

The Paris-based artist JR’s recent installation in the United States, Untitled, is in Massachusetts, on Boston’s John Hancock Tower—a building now known as 200 Clarendon. The tranquil mural of a man on a floating dock mysteriously popped up the last week of September 2015 with no prior forewarnings or information, puzzling the Bostonians who looked up at the city’s tallest building. Soon local newspapers credited the work to the French photographer and street artist. The mural is 150 feet wide and 86 feet tall and is printed on perforated vinyl. It covers floors 44 to 50 of the 62-story tower. The powerful work is part of the building’s ongoing public arts program.