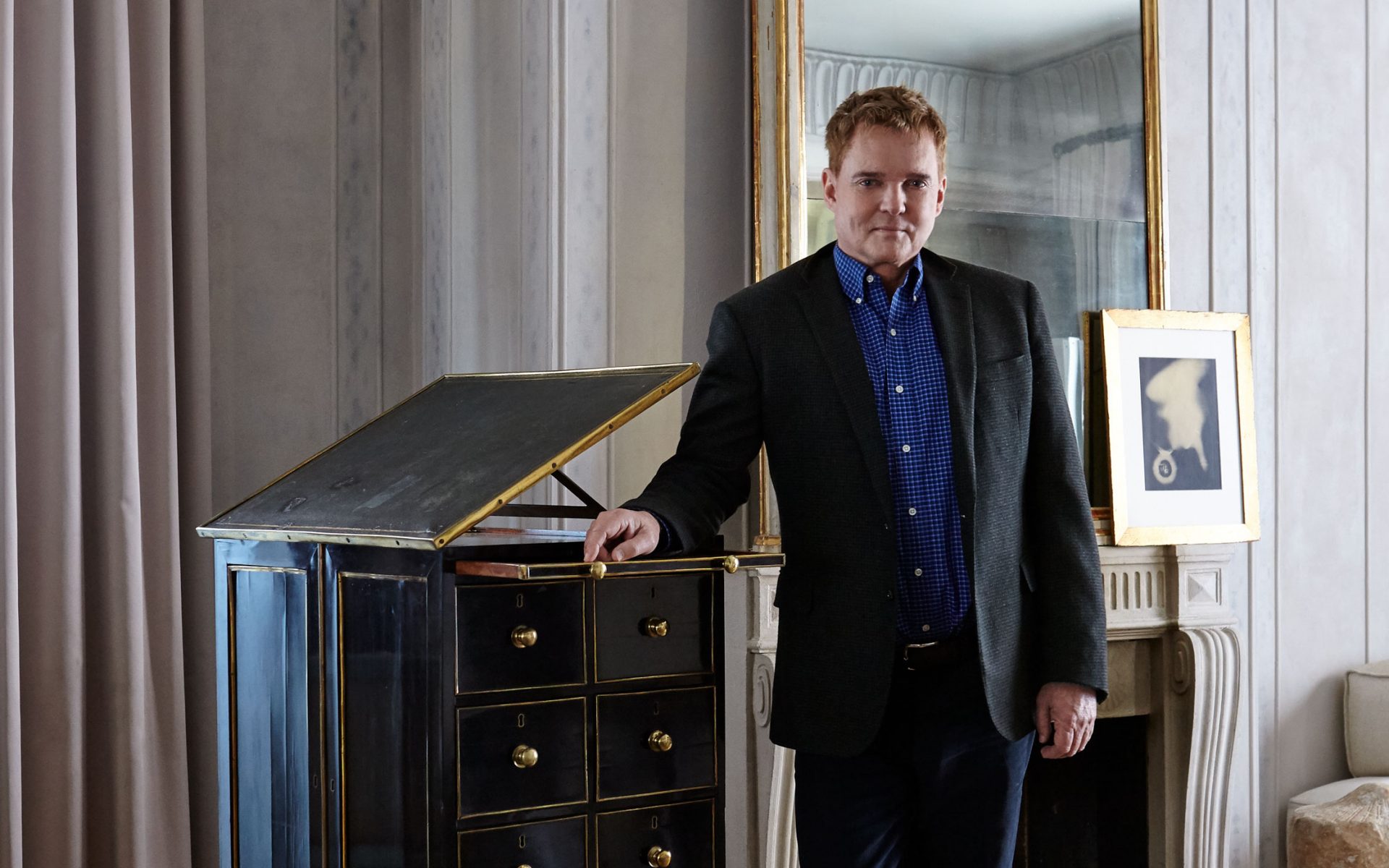 The first time I saw this beautiful cabinet was in the late ’90s, at the sale of Charles de Beistegui’s collection from the Château de Groussay. I had bought other things and spent all I could, and this cabinet went for a lot, but I always remembered it. A beautiful English Regency writing-and-reading stand, it’s made of ebonized wood with brass mounts and lined with a superb mahogany. I just loved the purity and strangeness of it and all the little drawers. It was crafted around 1810, perhaps by Edward Wyatt, for Westminster Palace, and it survived the 1834 fire.

I couldn’t believe it when I spotted it in Christopher Gibbs’s London shop a few years later. When Bill Blass, a great friend, asked me what I’d seen in London that he would like, I told him about this amazing piece. The next time I went to his apartment, it was there. After Bill died, it was in his sale, and though I bought several things, I couldn’t afford this cabinet as well. Then recently I was at Christie’s with a client, and, incredibly, there it was. This time, I was the only one who bid, and I got it for a very good price. Eventually I’ll put it in my country house, but for now I’m enjoying it in New York. It was destiny that I own this piece.