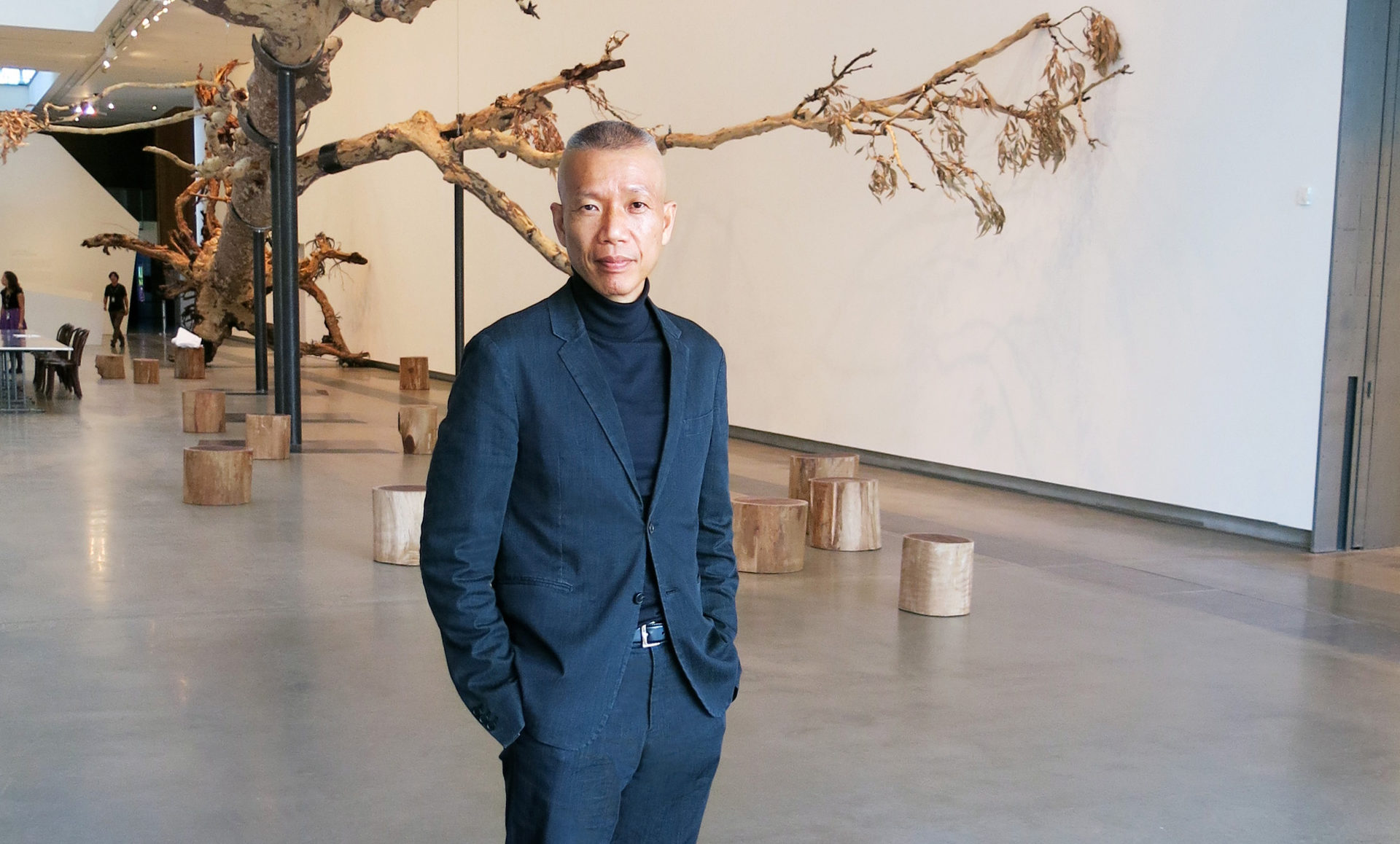 Cai Guo-Qiang in front of a 2013 installation in Brisbane, Australia.
Photo: Lucy Rees

Cai Guo-Qiang Burns Up the Art Scene This Fall

The artist shares his upcoming installations in Madrid, Moscow, and Philadelphia

For an artist whose primary medium is gunpowder, Cai Guo-Qiang takes an amicable approach to his work. In preparing for his whirlwind schedule of exhibitions this fall—in Madrid, Moscow, and Philadelphia—the Quanzhou-born New Yorker maintains a deep appreciation for those who make his projects possible. “Whatever country I’m working in, I absorb the culture, and the most important vessel of culture is people,” he says. “The story of my work is written with the volunteers that participate in my projects.” Working from his East Village studio—an 1885 schoolhouse renovated by OMA—Cai (pronounced “sigh”) has long investigated the material potential of explosives, employing them as a painter would oils. His expansive subject matter, meanwhile, is rooted in wonderment at the world. “What makes art fun and interesting is its vulnerability,” he says. “Art can convey the authentic emotions, anxieties, and oscillations of our time.”

Noted for his spectacular presentations—Sky Ladder (2015) featured a lattice of fireworks bursting 1,650 feet into the sky—Cai works just as fluently on an intimate scale. For his forthcoming show at Madrid’s Prado museum, he is re-interpreting Spanish Old Master paintings using his gunpowder process, which leaves a colored residue on the canvas after it is ignited. Invited by the Pushkin State Museum of Fine Arts in Moscow to mark the centennial of the Russian Revolution, his exhibition includes gunpowder paintings as well as installations of Russian family memorabilia from the Soviet Union era.

A 2016 painting made with colored gunpowder. Photo: Yvonne Zhao, Courtesy of Cai Studio

For another centennial, of Philadelphia’s Benjamin Franklin Parkway, Cai’s site-specific Fireflies is inspired by Chinese lantern festivals. Pedicabs will perform synchronized movements along the thoroughfare, with 900 illuminated lanterns tethered to them, creating a choreographed dance in the night. caiguoqiang.com