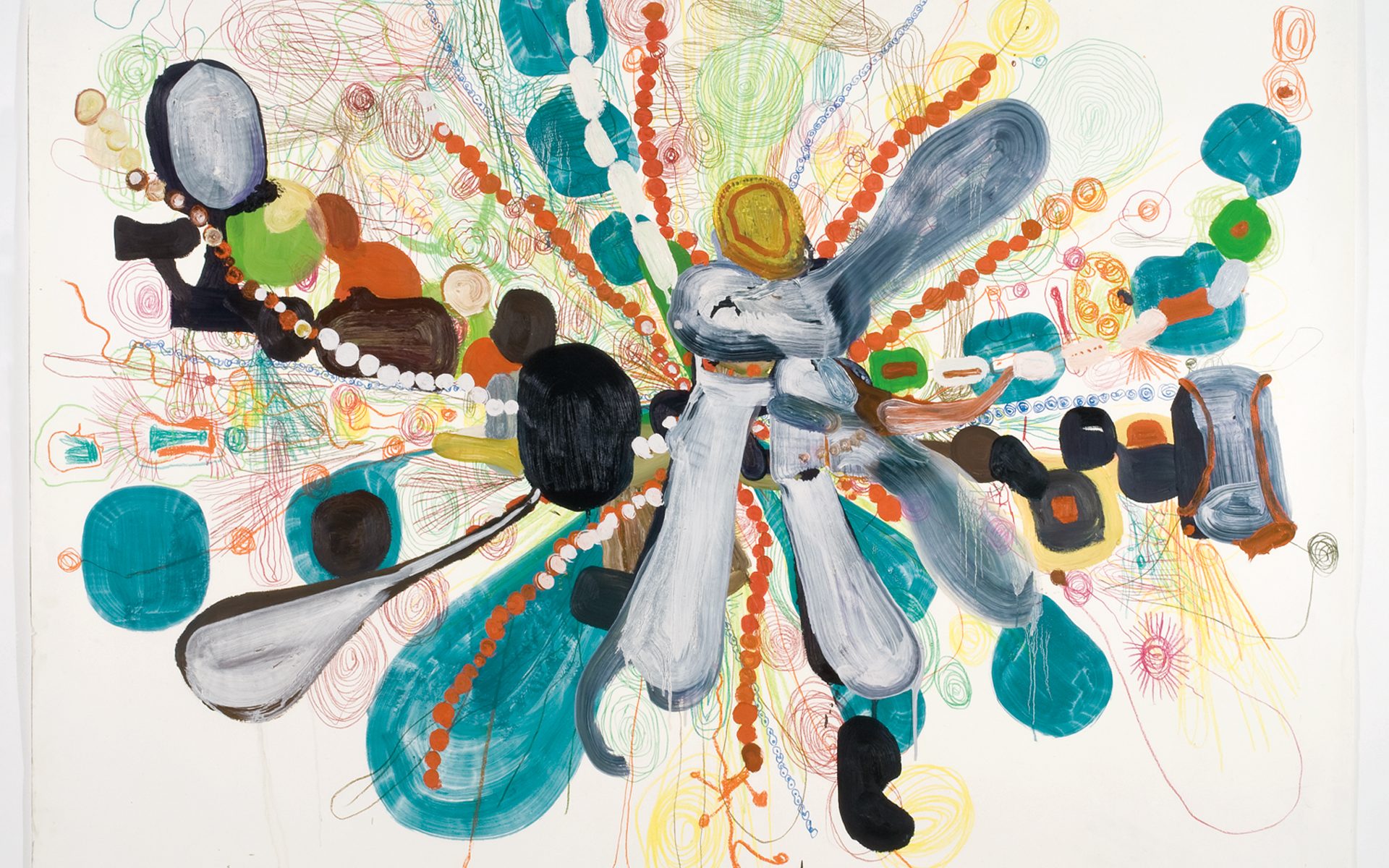 Moix’s 2008 piece, *Untitled*, is made with crayon and oil on paper, and exudes kaleidoscopic color bursting out from its center.
Photo: Courtesy of the artist and Paul Kasmin Gallery

Spanish-born painter Santi Moix has studied and lived all over the world—from Italy to Catalonia, to Japan, to Morocco—eventually settling in New York. His art represents an intersection of influences from these vastly different cultures and artistic styles. American literature is also an inspiration—particularly the work of Mark Twain. His 2012 exhibition of watercolors at Paul Kasmin Gallery in New York was titled Santi Moix on Huckleberry Finn: Watercolors and Wall Drawings.

A few years ago, he created a series of works centered on Don Quixote, the famous Spanish fictional hero. His oil and watercolor paintings are often abstract, but also expressive—conveyed through bright hues and energetic brushstrokes. The compositions of biomorphic forms sometimes include identifiable subjects like a man, donkey, or fish. The results are always an orgasmic whirl of color and form. In 2013, Moix was invited to create a temporary large-scale mural in the Prada store in New York’s SoHo. He spent 48 hours adorning a supersized photograph of a nude model—his painted additions transported the image to a more whimsical and fantastical place: Moix’s world. 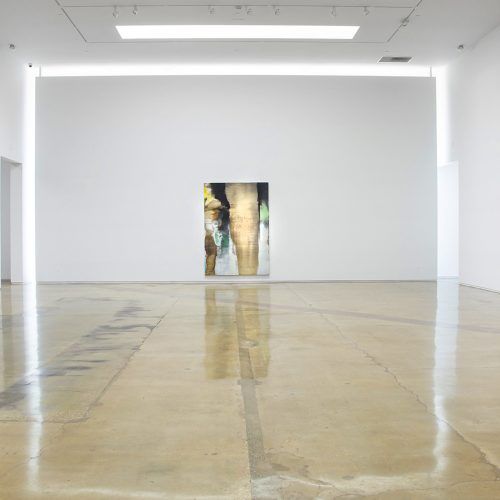