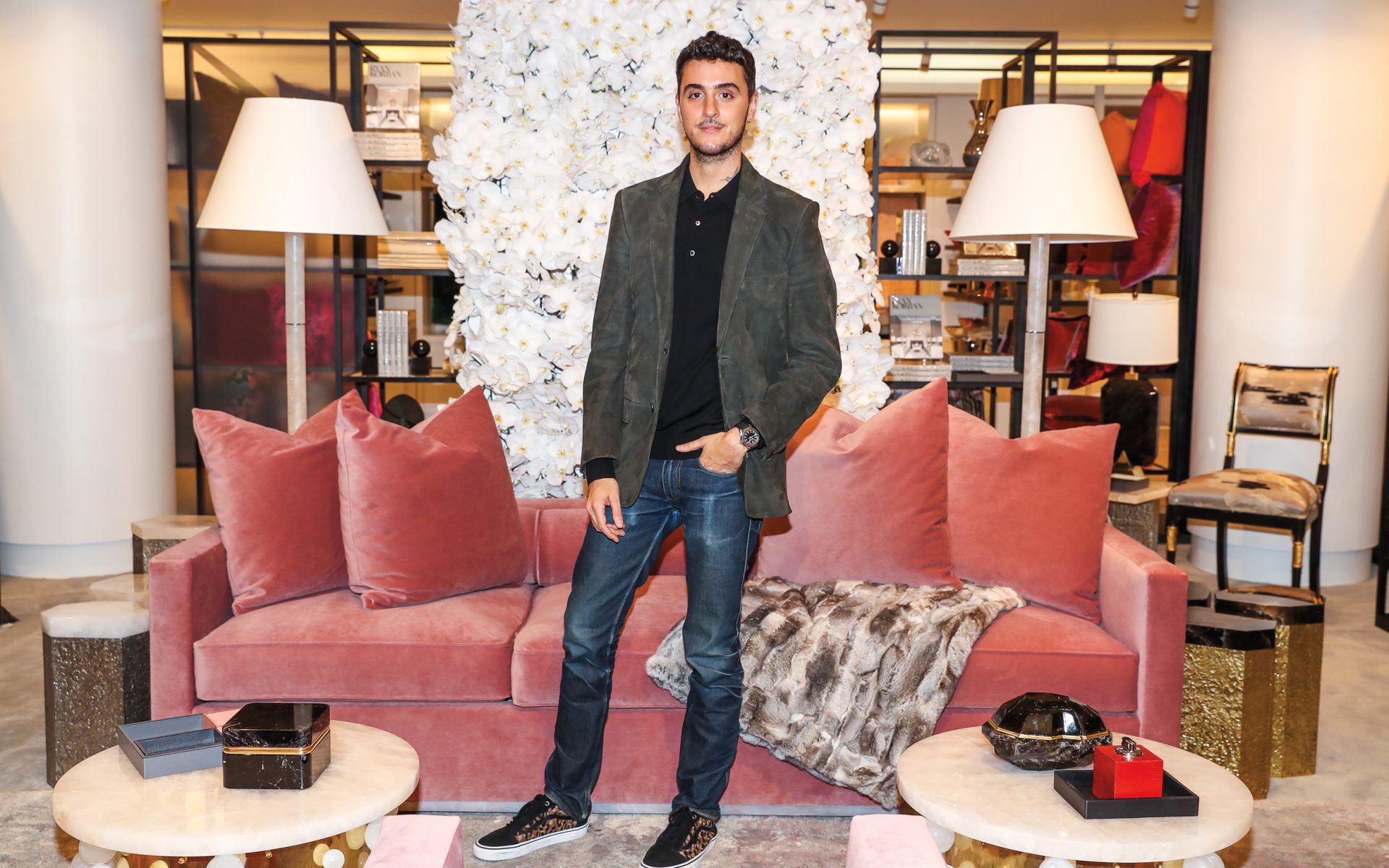 After creating buzzy retail spaces for Balenciaga and Alexander Wang as well as artful residences for a host of A-list clients, interior designer Ryan Korban has teamed up with high-end furniture maker EJ Victor to produce his first line of furnishings. “I am not looking to reinvent the wheel with this collection, but I wanted to offer silhouettes that I’ve always loved in interesting fabrications,” Korban tells Galerie. “The collection became about reworking pieces that I have designed for a lot of the fashion brands over the years and adapting them for people to enjoy in their homes.” The collection’s advertising campaign was shot at an unfinished unit at luxury condo 40 Bleecker, Korban’s first full-scale residential building, which is being developed with architect Ed Rawling and Broad Street Development. Demonstrating the designer’s expertise at melding fashion and home goods, the campaign stars some of the people whom Korban credits with inspiring him over the past decade, among them Zoë Kravitz, Binx Walton, Alexander Wang, and Mr. K. Included in the collection (which is available for preorder at EJ Victor) are 40 pieces of furniture and 20 lighting selections as well as case goods and an array of bedding options. Many pieces have names pulled directly from the fashion runways, like Halson, Alberto, and Giorgio. “I love the Giorgio coffee table as well as the Holland chair,” says Korban. “I originally designed the Giorgio coffee table for Balenciaga, and it’s always been one of my favorite pieces because it’s quite universal.” The line can also be found in such beautiful projects such as the Ritz-Carlton Residences, North Hills, and will be revealed in key spaces at 40 Bleecker. “I have been doing one-off custom pieces for about 11 years, and while I’ve enjoyed that I really wanted to put those all together and offer them to a wider audience,” says Korban. “It’s almost like a greatest hits!”