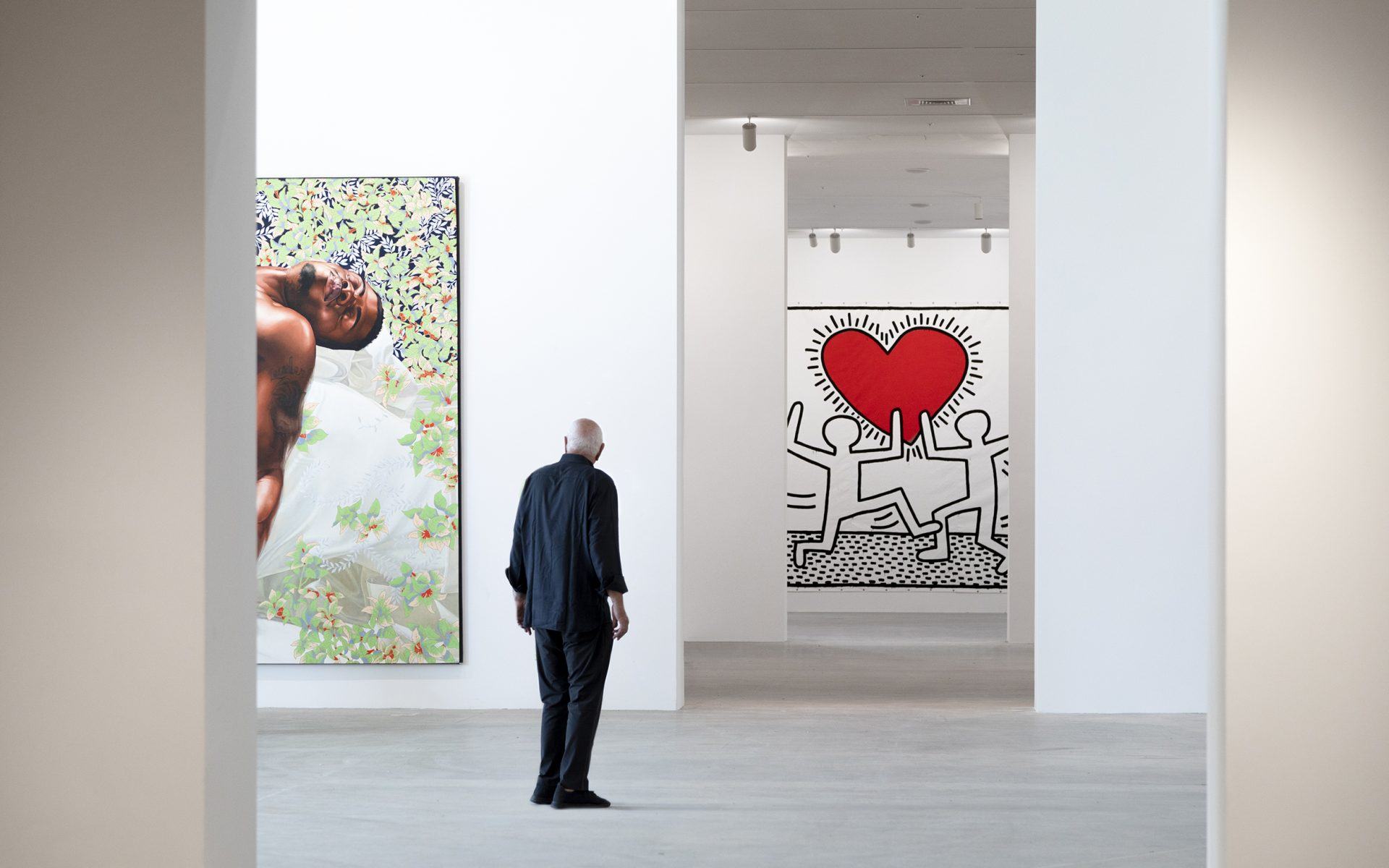 An Exclusive First Look Inside the New Rubell Museum in Miami

Mera and Don Rubell in front of Kerstin Brätsch’s artwork When You See Me Again It Wont Be Me (from Broadwaybratsch/Corporate Abstraction series), 2010. Photo: Chi Lam

Well-known on the international art circuit, Miami mega-collectors, patrons, and trailblazers Mera and Don Rubell are credited with having transformed the Miami art scene when they opened their Rubell Family Collection in a cavernous former U.S. Drug Enforcement Agency warehouse in 1993. They later became key players in wooing the Swiss-based Art Basel fair to launch a Miami edition.

Now, during the 2019 edition of Art Basel in Miami Beach, the couple kick things up a notch with the highly anticipated opening of the Rubell Museum, a new, 100,000-square-foot campus designed by architect Annabelle Selldorf to house their expansive cache of art. Built up over five decades, their dazzling collection features more than 7,200 works by some 1,000 artists and is recognized as one of the most important in the country.

The Rubells set themselves apart with their discerning eye and an intuitive knack for discovering talent early on. Take, for example, Pictures Generation artist Cindy Sherman, whose work they purchased in the late 1970s, or Richard Prince, whom they acquired in 1981. Today, the couple continues to travel the globe in search of the next big thing.

The stunning new space, located in the burgeoning Allapattah neighborhood, features 40 galleries housed in six former industrial buildings connected by a central courtyard. The complex rivals that of any public institution, not only with the world-class works on view but also with its extensive research library, indoor-outdoor restaurant, and bookstore.

“We built a 26-foot model,” explains Mera Rubell at the press preview. “We all played around with the configuration of the works until we were happy—the interns, the grandchildren, everyone!”

The complex wasn’t designed around individual works of art or anchor pieces in the collection; rather, the intention was to design well-proportioned spaces with good light that could accommodate the range of art. “We really believe that museum walls shouldn’t move,” says Mera. “It’s more of a classic museum approach. We like the idea of subliminal memory. For example, if you visit us again you’ll remember that this space was where you saw the Thomas Houseago sculptures,” she says, pointing to a group of the L.A.-based artist’s crouched plaster figures nearby. The inaugural exhibition features a star-studded lineup and reveals the range and depth of artists. Visitors will discover a variety of spaces—some allowing for large-scale installations such as Carl Andre’s massive 1979 installation titled Llano Estacado, Dallas, Texas, as well as smaller areas, such as a thoughtfully curated room dedicated to works collected on their trips to China.

The courtyard is the cornerstone of the whole project and was created by removing a former loading area. “It welcomes everyone and signals that this former warehouse is now a public space,” Lisa Green, a partner at Selldorf Architects, tells Galerie.

This shift in perception from private collection to a more publicly visible space was important to the Rubells. “Our kids initially didn’t want us to take the word family out of the name because that’s an important part of how we collect,” says Mera, whose son, Jason Rubell, works with the collection; daughter Jennifer is an artist. “But we felt it gave the wrong message about accessibility. A museum is something everyone understands.”

The family approach remains, and both children were at the press walkthrough, sharing anecdotes about the works. “Don and I never had an art education,” says Mera. “We have read most of the books in the library, but both our kids are the ones who ended up with art-history degrees and pushed to acquire the more historic works. Jason has been really keen on creating a dialogue between the historical and the contemporary.”

Standout works include early pieces by Keith Haring, George Condo, and Francesco Clemente; an extensive showing of installations by Los Angeles artists from the 1980s and ’90s such as John Baldessari, Barbara Kruger, and Mike Kelly; and powerful works from the traveling “30 Americans” exhibition, including Kehinde Wiley, Mickalene Thomas, and Hank Willis Thomas.

“We are so excited to have something like this for the city,” says Mera. “We have been sharing our collection since the 1990s, but the mission is now so much more public, and that’s really important.”

See below for a tour of the museum.