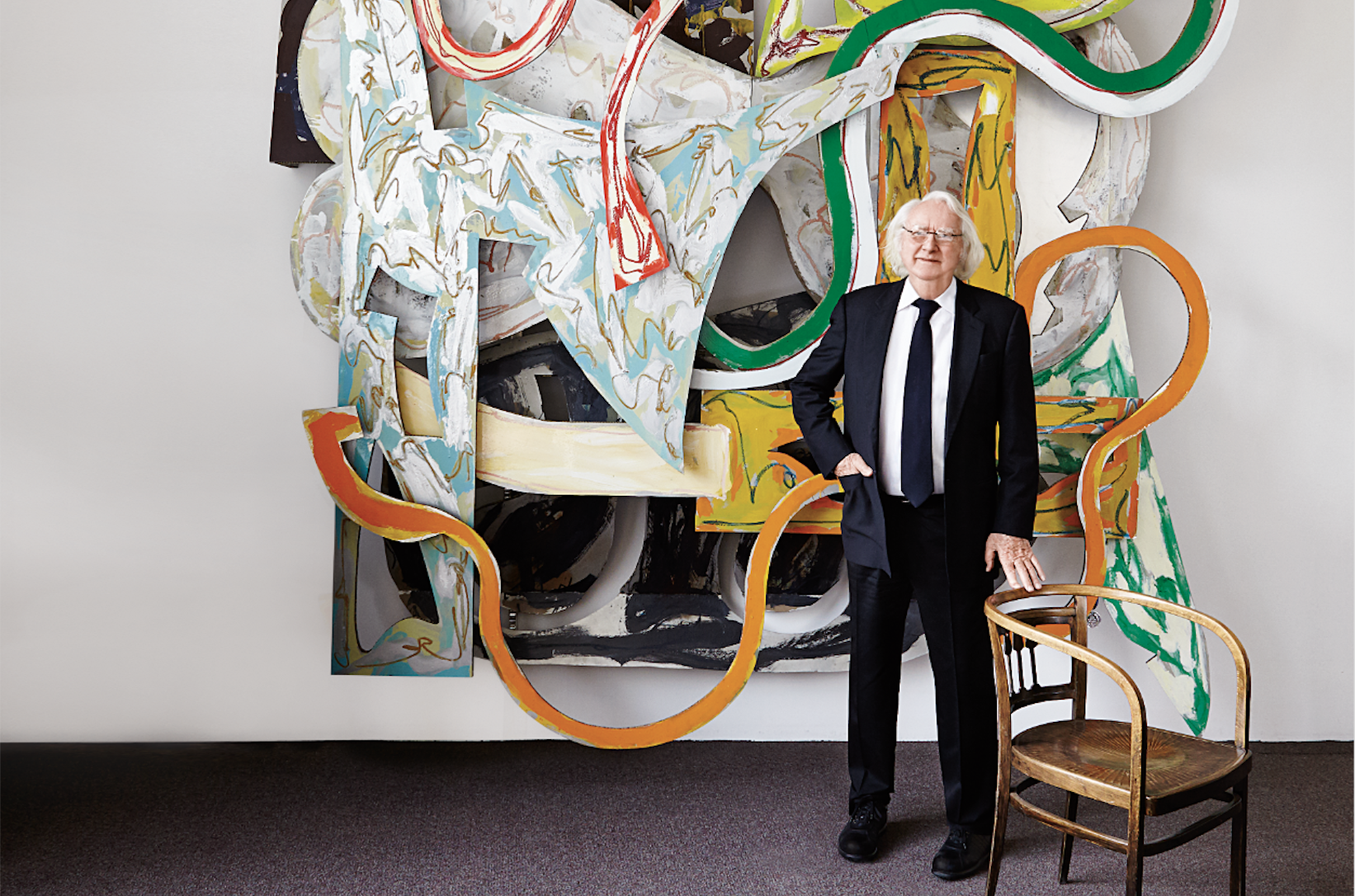 For three decades, the Pritzker-winning architect has shared his Manhattan office with one of his friend's colossal artworks Back in 1959, long before Richard Meier was a Pritzker Prize–winning architect with projects circling the globe, he was fresh out of Cornell, toiling in Marcel Breuer’s Manhattan office and taking evening painting classes at the New School. His teacher there had been artist Frank Stella’s professor at Princeton, and the soon-to-be stars quickly hit it off over beers in the West Village. The two even split a studio on West Broadway until Stella kicked Meier out because he needed more room to work. Richard Meier standing with his sculpture at his Manhattan studio. Photo: Joshua McHugh.

Nearly six decades later, Meier still shares space with Stella—or rather, a Stella. Installed in his New York City office is a towering, loopy multidimensional wall sculpture from the artist’s “Circuits” series, titled Paul (XV, 5X). “I look at it every day, and it’s fabulous,” says Meier, of the 1981 piece. “It has great space, it’s complex, its forms are interrelated and all hold together.” Contrasting sharply with Meier’s gleaming white desk and the pristine white-box surroundings, the Stella has hung in the same spot for 30 years. “Frank put it together on site—I don’t know if we could ever take it apart,” Meier says. “Besides, it just fits.”