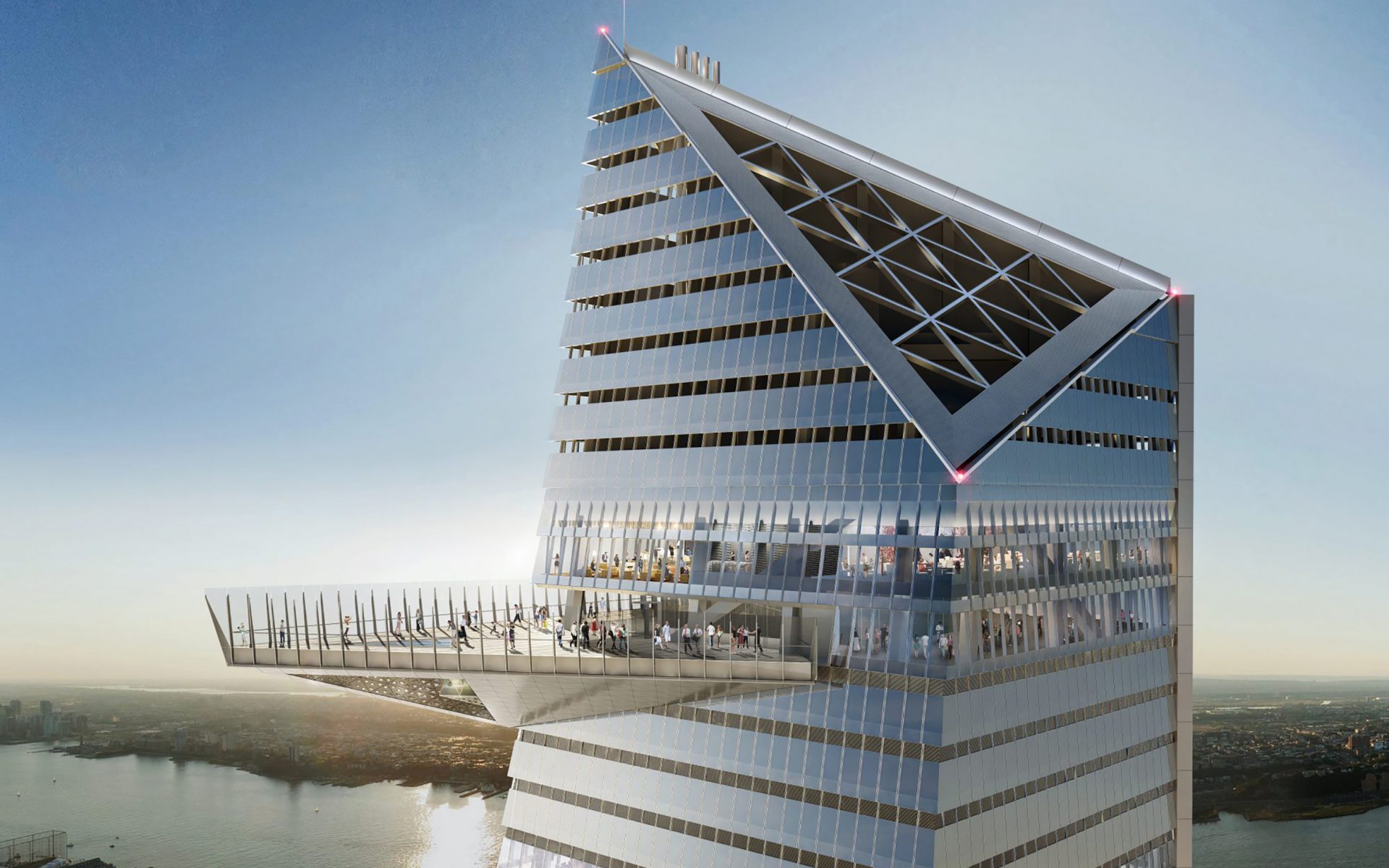 A rendering of Edge at 30 Hudson Yards, set to open in 2020.
Photo: Related Companies

Aptly named Edge, the mega-development’s viewing platform will open in 2020

Hudson Yards has officially announced the name of its 1,100-foot-high observation deck: Edge.

When it opens in 2020, the aptly named public viewing platform will crown 30 Hudson Yards, becoming the highest outdoor deck in the entire Western hemisphere—and the fifth tallest in the world. Edge will careen 65 feet from the 100th floor of the supertall tower, with a triangular glass cutout in its center, allowing visitors to peer at the city swirling below.

The news is out! Edge is the name for the Observation Deck at Hudson Yards. Get on the list at the link in our bio. #HelloHudsonYards #SeeYouAtHudsonYards

Developed by Related Companies and Oxford Properties, 30 Hudson Yards will also feature a restaurant on the floor above the observation deck. A 10,000-square-foot bar, restaurant, and event space programmed by world-renowned hospitality group Rhubarb will occupy the 101st floor of the tower. An indoor-outdoor bar will open to the deck on the floor below. The yet-to-be-named space marks Rhubarb’s first venture outside of London in addition to Wild Ink, a new eatery at 20 Hudson Yards.

Seeing clearly: Edge at 30 Hudson Yards––set to be one of the highest observation decks in the world––will offer unparalleled views of New York, and beyond! (?@a_gaut) #HelloHudsonYards #SeeYouAtHudsonYards

Intrepid sightseers can sign up to be among the first to reserve a spot on New York’s highest observation deck when it opens next year. Hudson Yards’ first public attraction, the Thomas Heatherwick–designed Vessel, which boasts 154 intricately interconnecting flights of stairs, opens later this month.

Cover: A rendering of Edge at 30 Hudson Yards, set to open in 2020.
Photo: Related Companies
Next Post