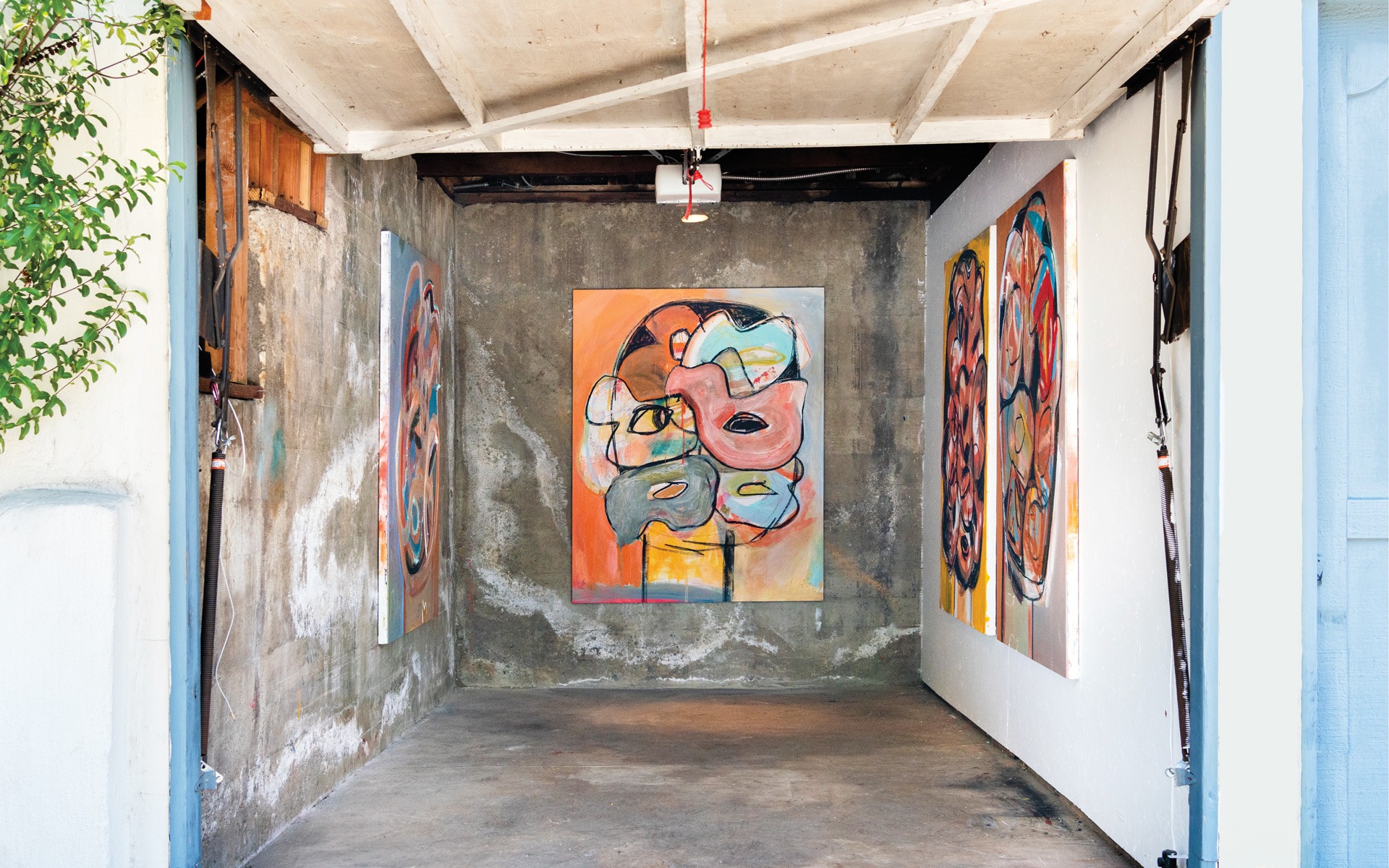 How Quarantine Led to an Artistic Breakthrough for Austyn Weiner 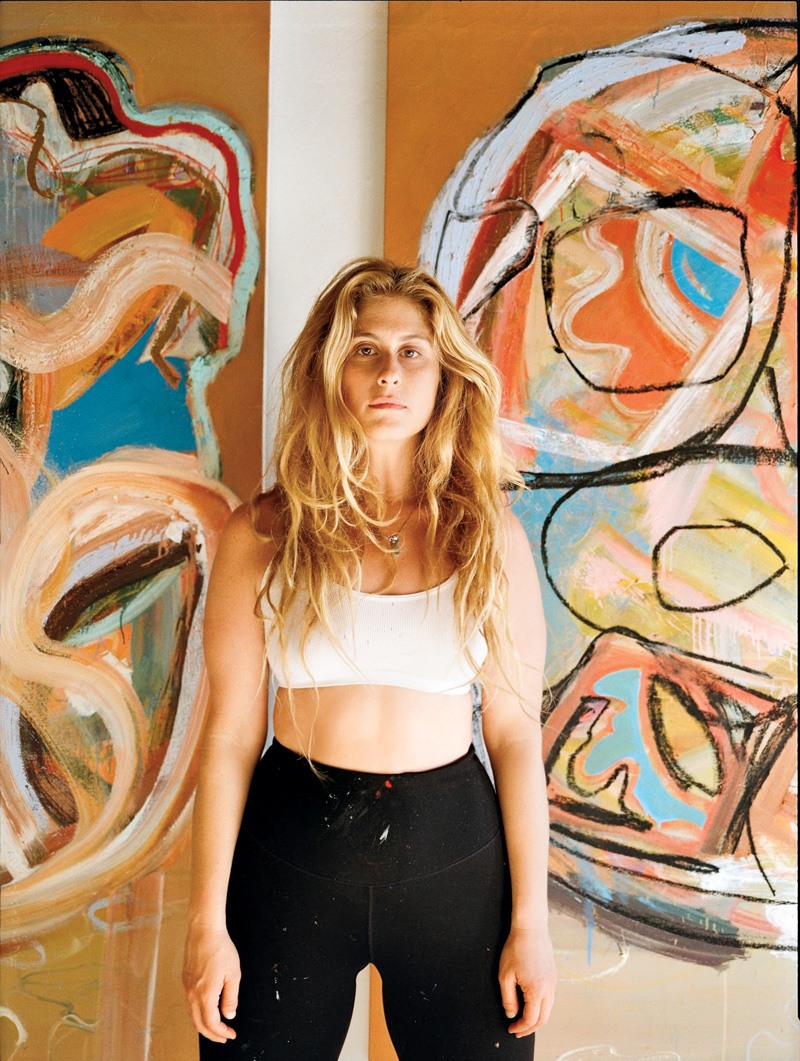 When galleries and museums were forced to shutter earlier this year, Los Angeles’s vibrant art scene came to a grinding halt. However, one place still welcomed (mask-wearing) art lovers: the garage of rising-star talent Austyn Weiner, who transformed the space into a by-appointment pop-up gallery she named Soul Car Garage. “When I couldn’t go into my studio anymore, I had to figure out a way of working from home,” says the Miami-born artist. “I went straight into prep mode and thought, Forget the canned food, I just need my paint supplies! I got five or six canvases and went to work. I wanted to express everything that I was experiencing on a personal level and how that mimicked what was going on in the world.”

The result was a new series of daring, brightly colored paintings that hover between abstraction and figuration, filled with Weiner’s signature gestural lines and drooping flower motifs. Often created by overpainting layer upon layer of previous works, they are a thick blend of acrylic, charcoal, and oil stick. “With each season comes a new set of influences,” says the artist, who has found inspiration in Philip Guston, Chaïm Soutine, Francis Bacon, and Tracey Emin. “I like to really dig into the painters that are relevant to how I am currently feeling.” 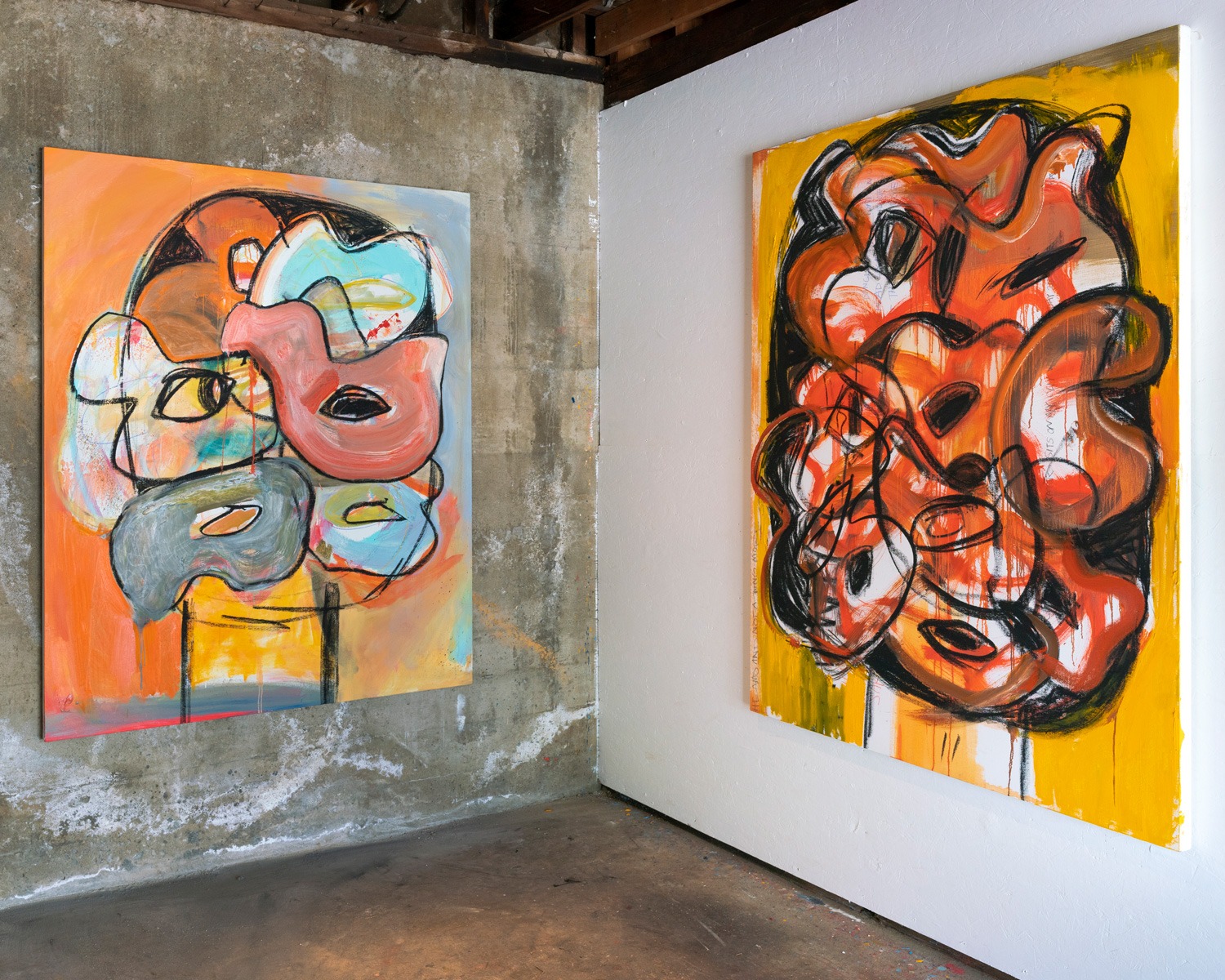 Given the young artist’s buzz, it’s not surprising that all the works in the show sold during its run or that a piece she donated to a charity sale with Christie’s marked an auction record for her. Weiner’s close friend Gigi Hadid already owns several of her canvases, as does Greek shipping heir and mega-collector Philip Niarchos, and jewelry designer Anita Ko. 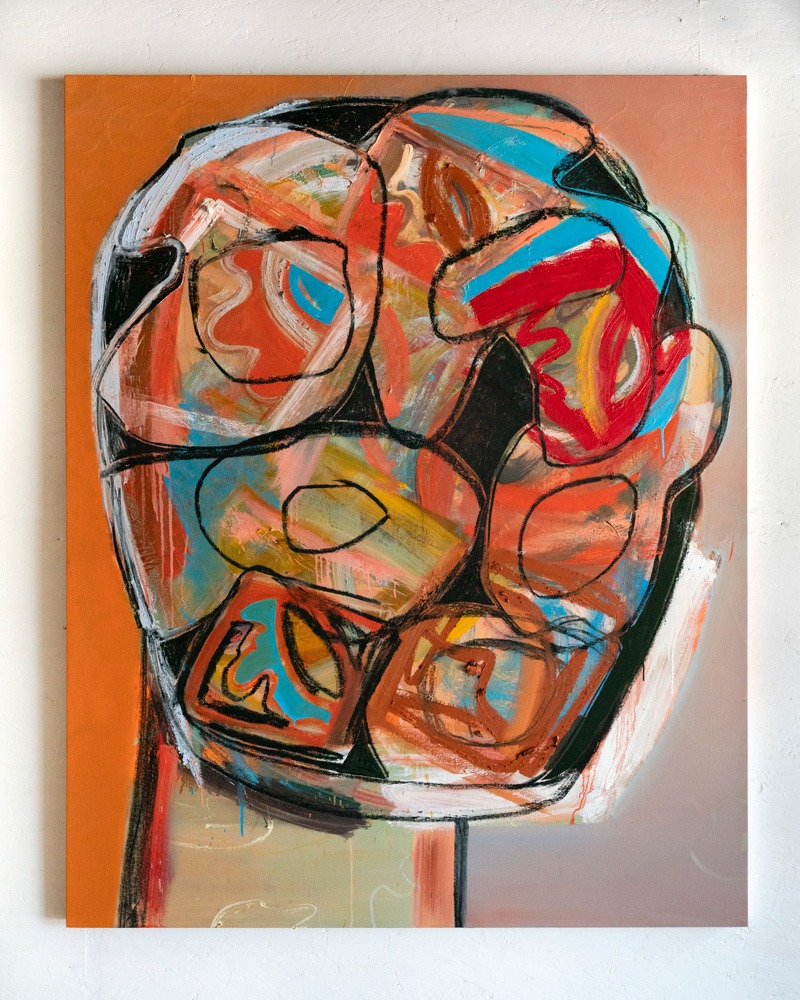 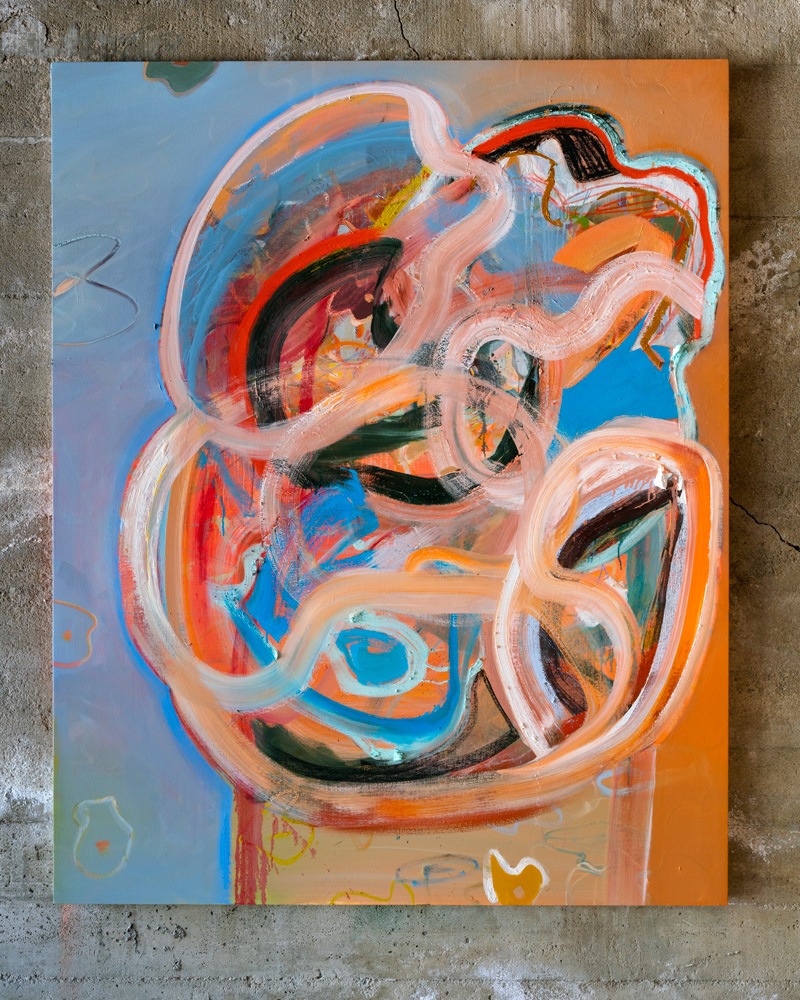 A painting made by Weiner during quarantine. Photo: AHRAM PARK

Although Weiner has been acting as her own gallerist and dealer, she also frequently exhibits in galleries—she has just opened a solo show at Carl Kostyál Gallery in London. Titled “Nobody’s Baby,” the exhibition features many of the works created during the pandemic, or, as she puts it,  “a survey and celebration of our most primal intuition: survival.” Additionally, she’s been creating postcards and sending them to herself, tapping into the rich history of mail art. “I love how postcards were used before Instagram and texting—this rudimentary way of sharing a message,” she says. “It’s been a beautiful moment to return to why we do what we do and the integrity of the practice, an honest exchange with myself.” 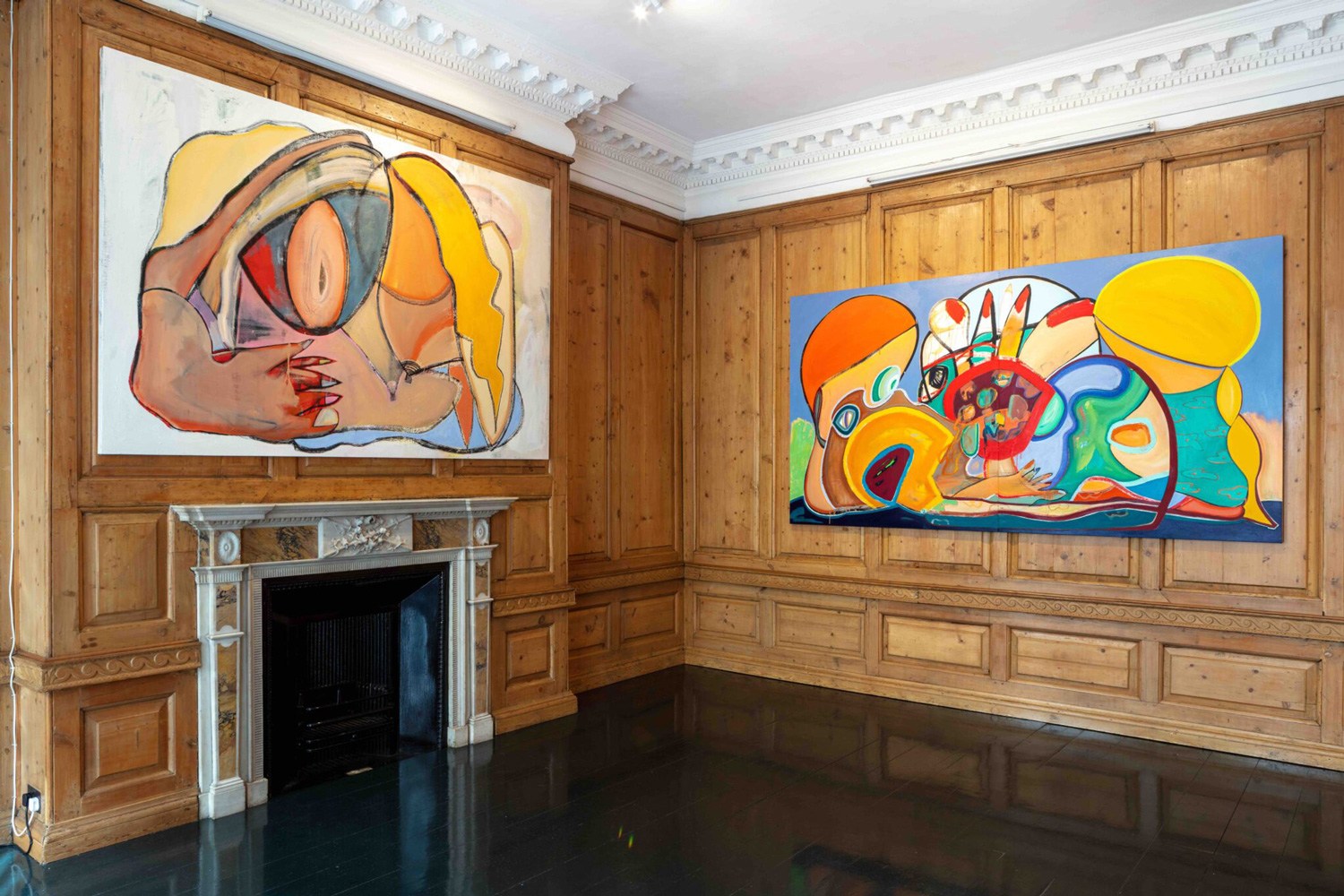 An installation view of Austyn Weiner's exhibition in London. Photo: Courtesy of the artist

A version of this article first appeared in print in our 2020 Fall issue under the headline “Different Strokes.” Subscribe to the magazine.