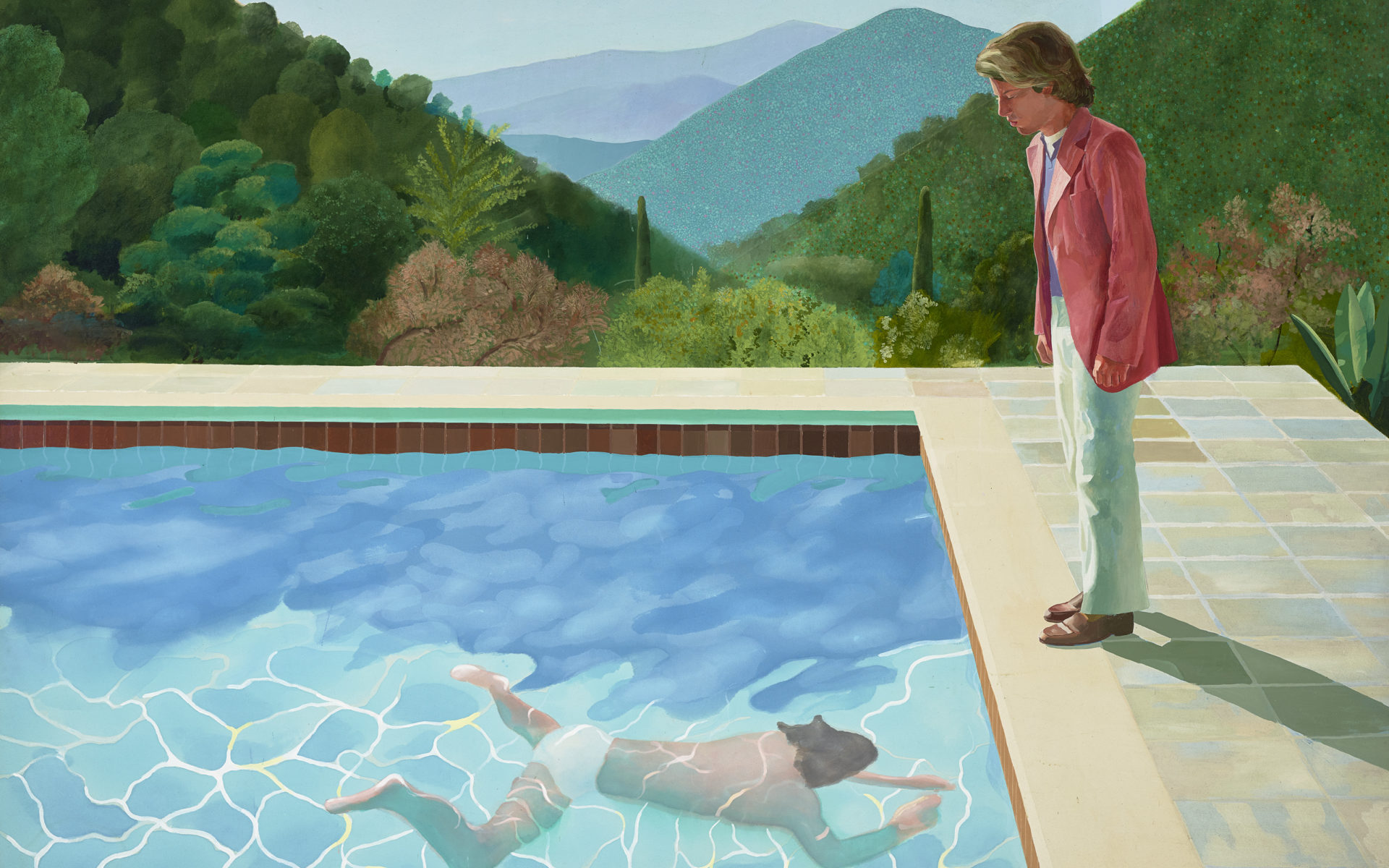 Who is the Muse in David Hockney’s Paintings?

Peter Schlesinger was the longtime lover and muse of the British artist. Here, we look at his work as a sculptor You may not know the name Peter Schlesinger but you have seen him—after all, he was the muse of British painter David Hockney and appears in some of Hockney’s most famous paintings. More importantly, Schlesinger is now a respected and successful sculptor. His elegant earthenware pieces come in both traditional ceramic forms and original designs. Some are glazed, some are not. They all possess a sophisticated and organic quality, possibly from the temporal colors he often uses—shades of green, blue, yellow, brown, and even white.

In 2015 Schlesinger began collaborating with Acne Studios’ creative director Jonny Johansson—first on a collection of silk pajamas printed with Schlesinger’s original patterns and ultimately on a book. The limited edition book is essentially a portfolio of over 150 of Schlesinger’s pieces, all photographed by his longtime partner and famed fashion photographer Eric Boman. Schlesinger’s work can be found in public and private collections all over the world.