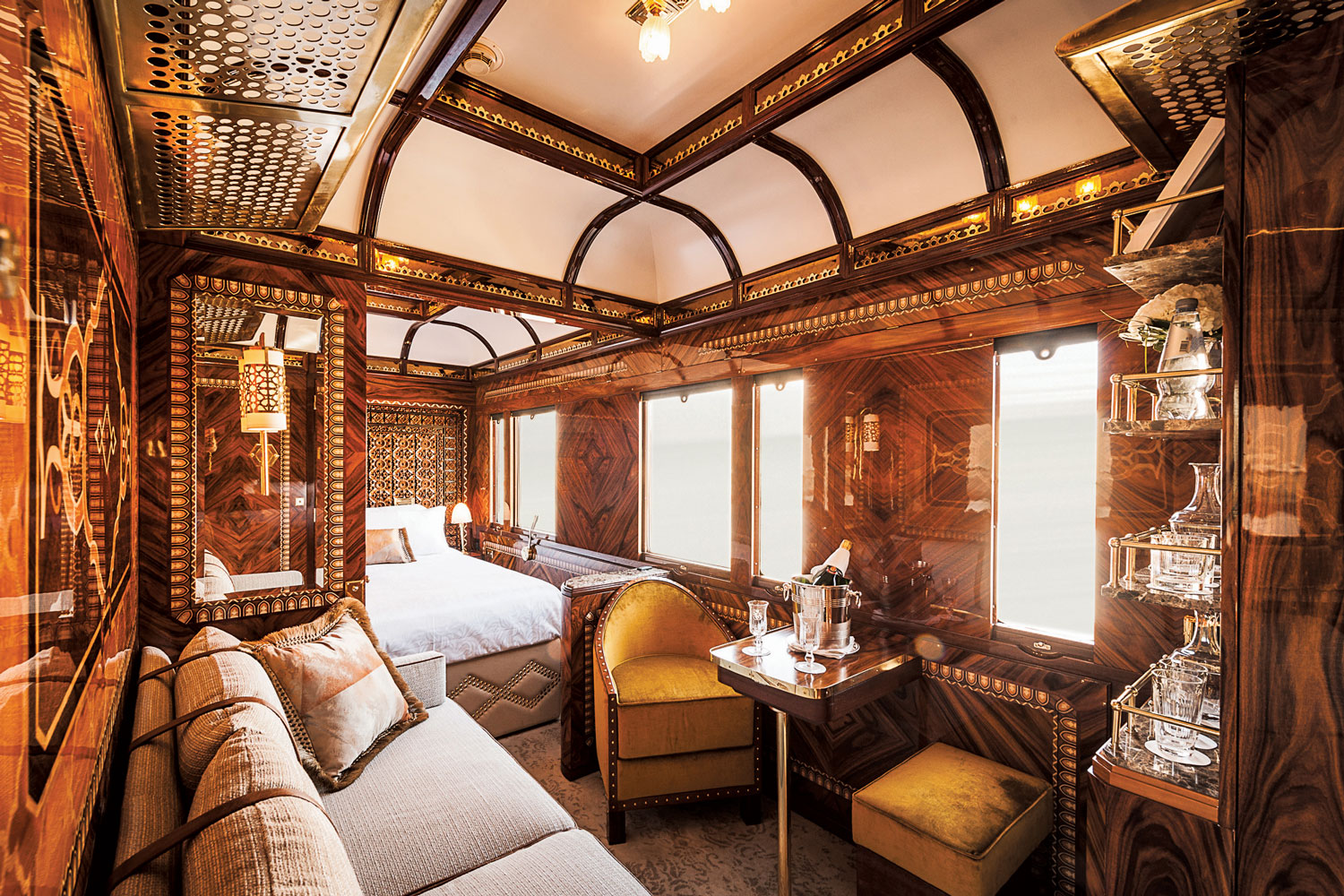 Inside the Opulent New Suites of the Storied Orient Express The world’s most fabled train ride became even more romantic in April.  Thanks to luxury hospitality group Belmond, the storied Venice Simplon-Orient-Express has a ravishing new carriage.

Named and decorated after the line’s most evocative stops—Paris, Venice, and Istanbul—the cabins represent the height of luxury rail travel, down to the last detail of their marble bathrooms.

Recommended: The Ultimate Art and Culture Guide to Venice

“Designing within such a confined space was certainly challenging, but we are delighted with the results,” says Wimberly vice president and studio director Rachel Johnson. “Every item and finish has a story to tell.” The Paris suite detail shot of the bathroom. Photo: Courtesy of Belmond A version of this article first appeared in print in our Summer 2018 Issue in the section called The Artful Life. Subscribe to the magazine.

Cover: The Istanbul suite.
Photo: Courtesy of Belmond
Next Post