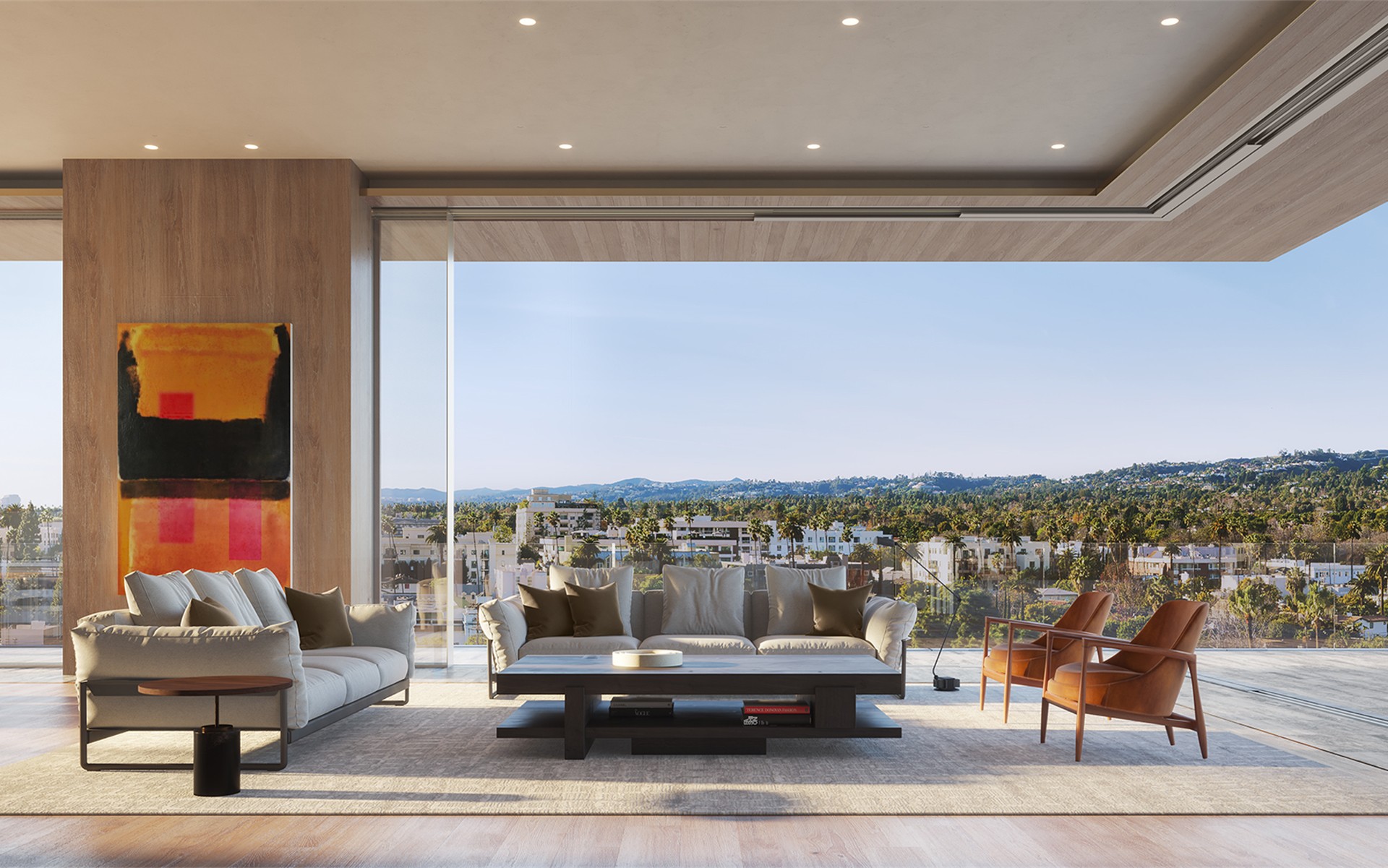 Set atop 8899 Beverly in West Hollywood, the 20,000-square-foot residence is poised to smash records

A revamped midcentury-modern gem in Southern California will soon be home to one of the country’s largest penthouses—and its developer is setting the asking price north of $100 million. 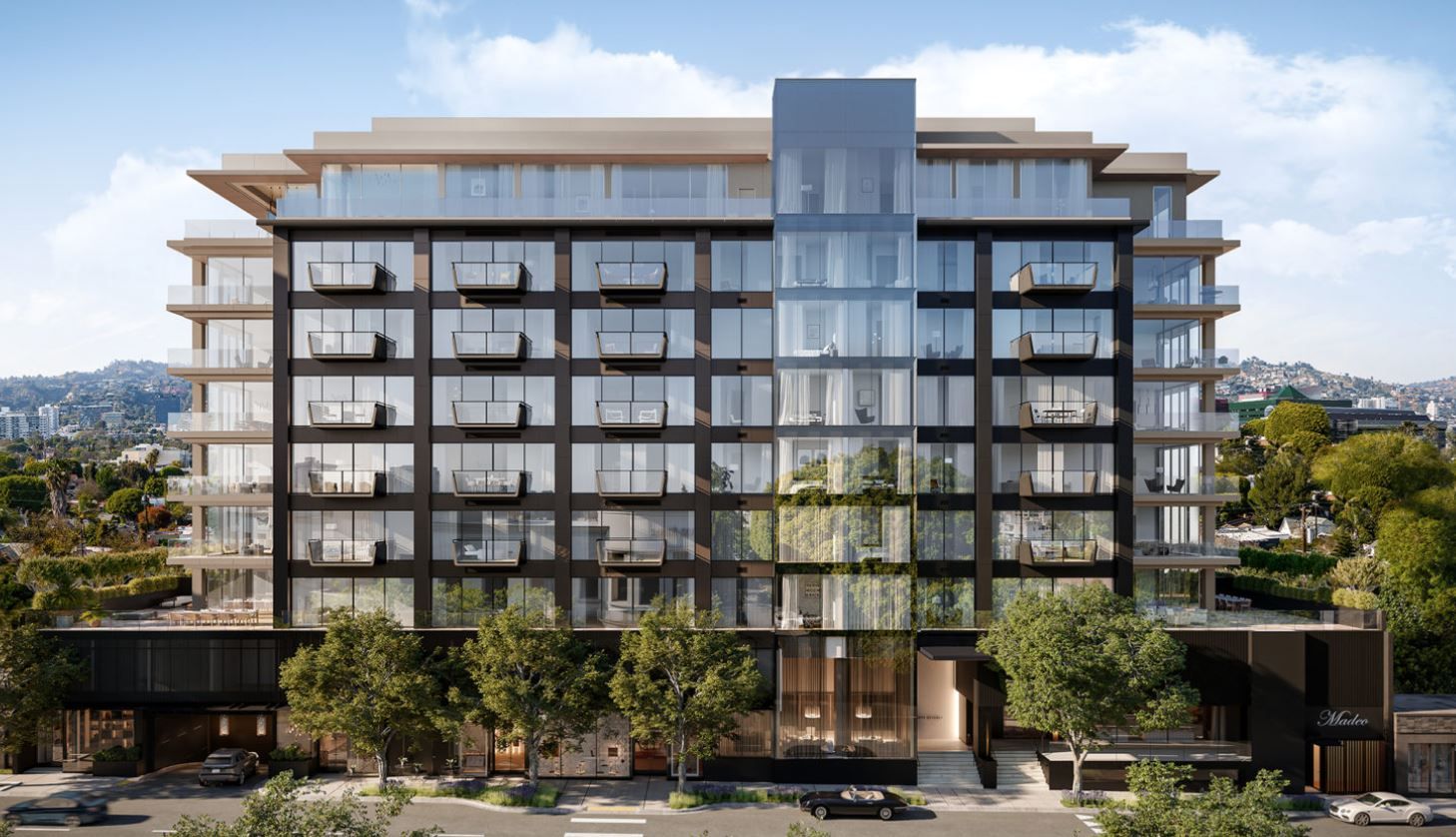 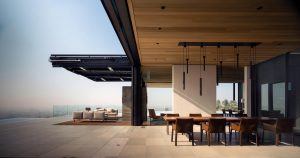 Now known as 8899 Beverly, the structure dates to 1964, when it was originally designed by Richard Dorman for use as an office building. For years it housed the International Design Center and helped the neighborhood emerge as the nucleus of Los Angeles’s burgeoning design community. In 2015 the city approved a complete renovation overseen by award-winning Seattle architecture firm Olson Kundig, known for its highly tailored, minimal yet muscular approach to buildings. “I believe architecture is more about evolution than revolution, and this project is a good example of that,” said principal Tom Kundig when the development was announced.

The ten-story edifice will ultimately house 40 condominiums and eight single-family townhomes. Crowning it will be the sprawling penthouse, which boasts 14-foot ceilings and 550 feet of retractable glass walls. Buyers can bring their own designer to the currently raw space, which can accommodate as many as ten bedrooms. An added bonus is a 4,000-square-foot private terrace paved in Italian travertine. In addition to the four parking spaces that come with the unit, amenities include a 24-hour valet, outdoor pool, private training area, and “owner entrance” to the famed Madeo Ristorante.

Douglas Elliman is handling sales. View more renderings of the penthouse below. 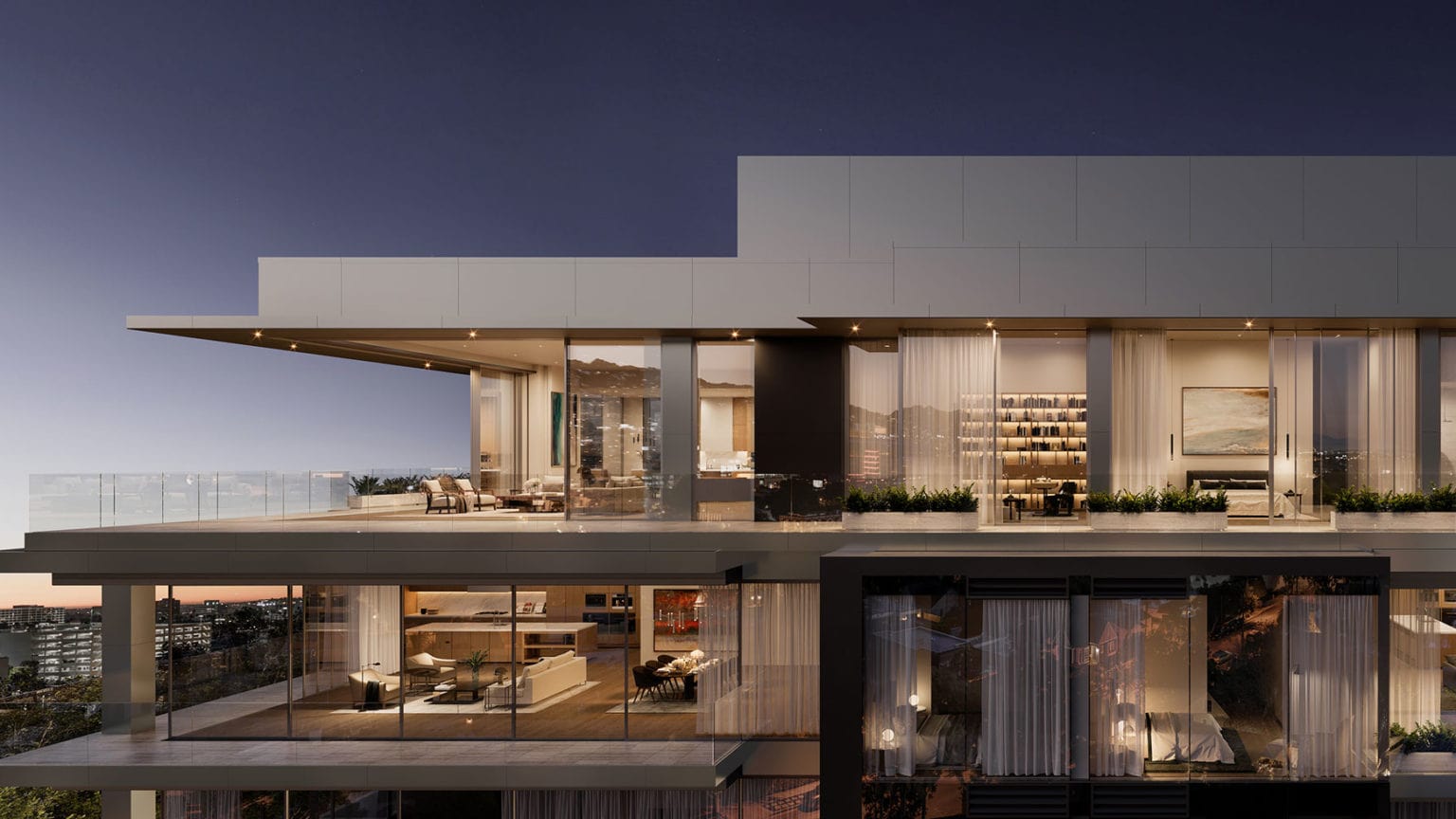 The penthouse from the outside. Photo: 8899 Beverly 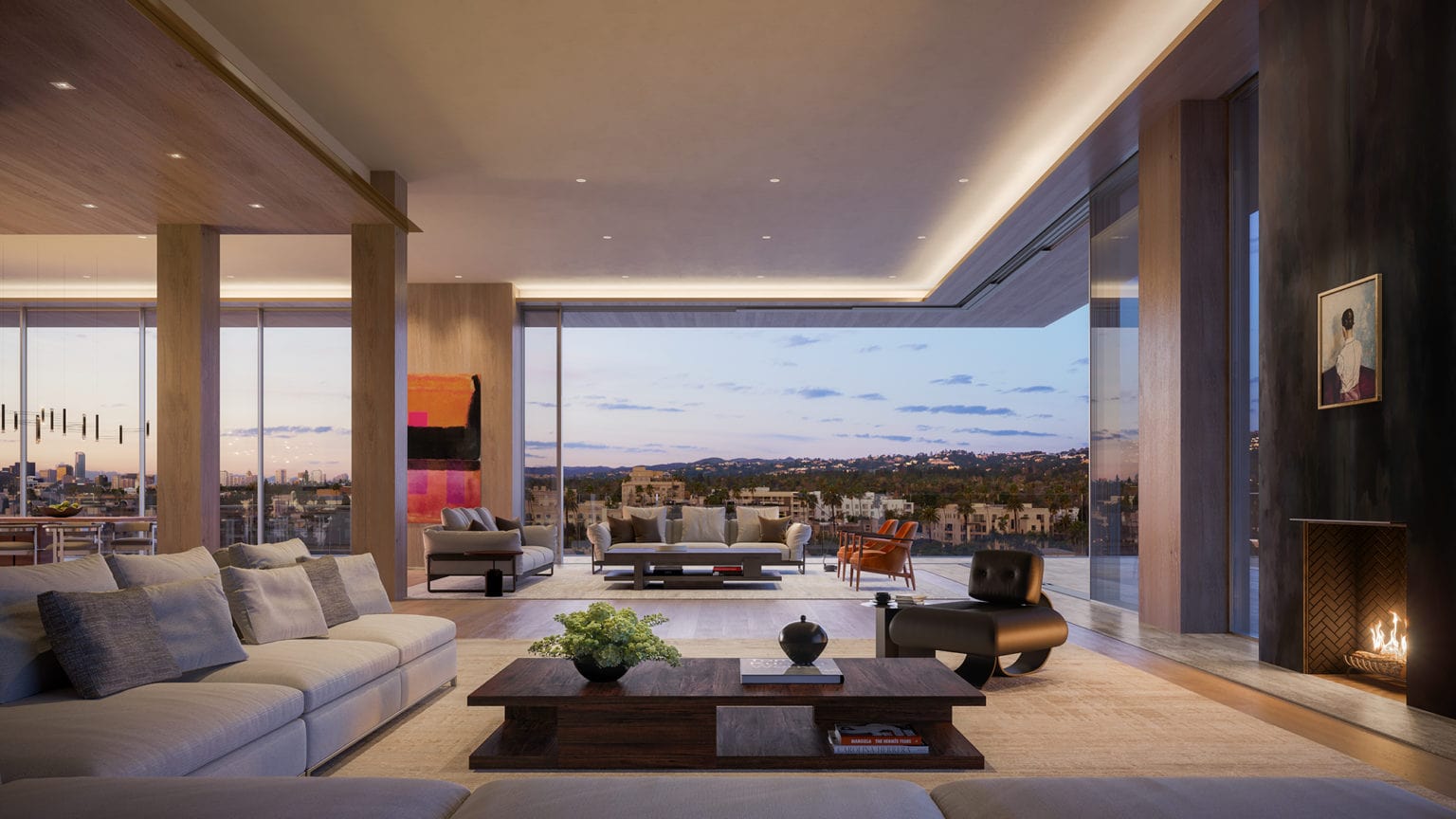 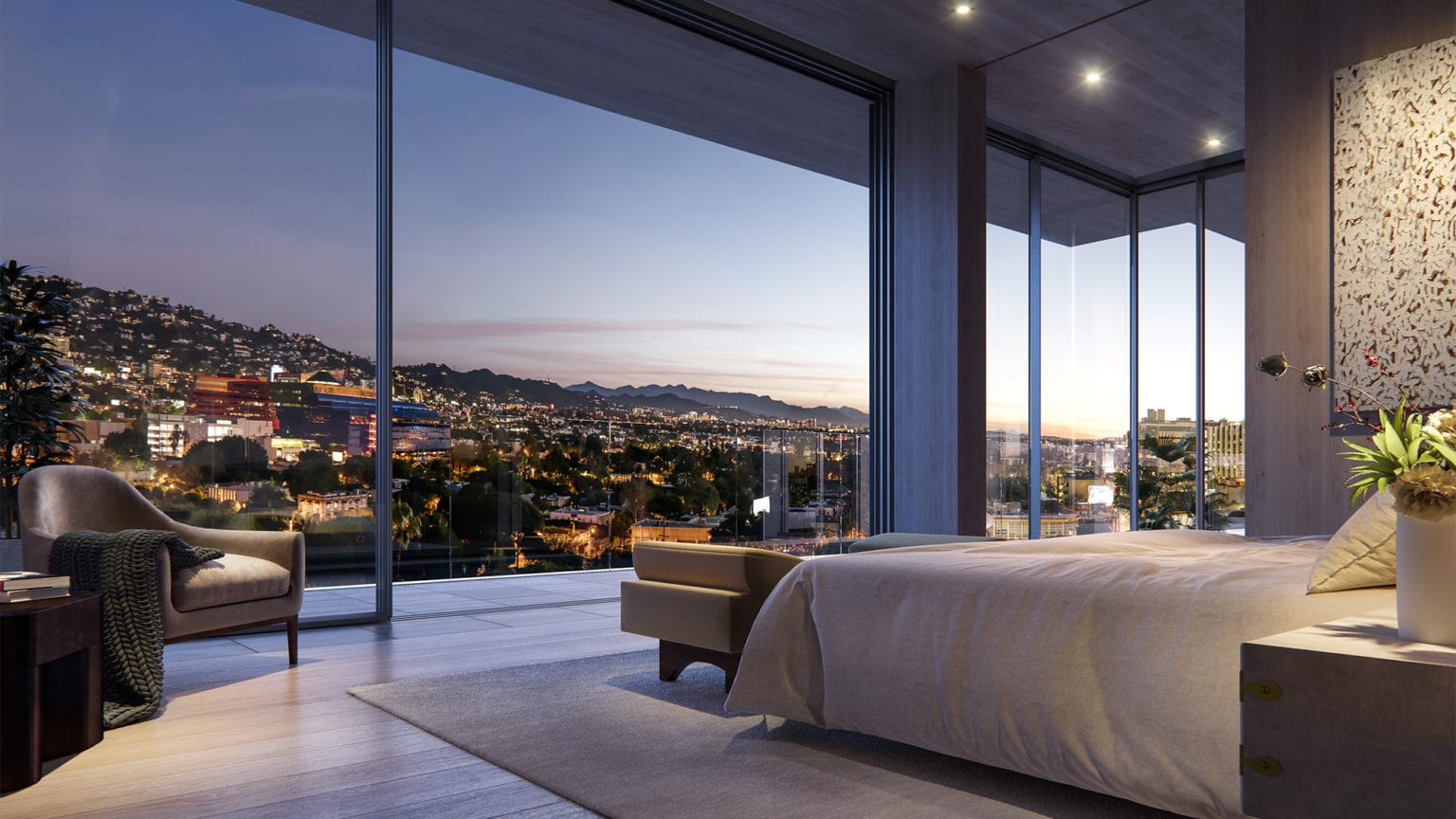 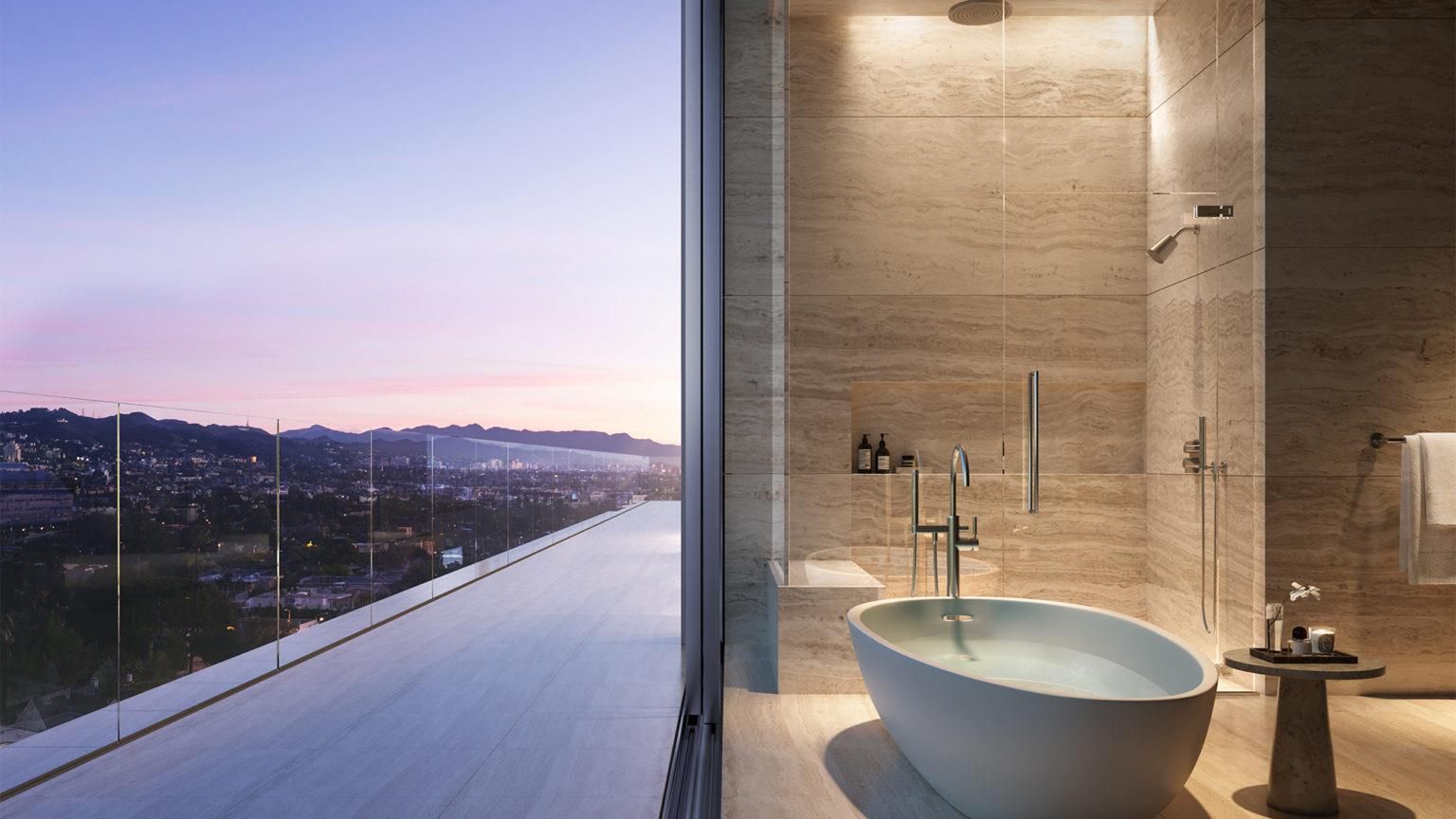 A bath connects to the travertine-lined terrace. Photo: 8899 Beverly

Cover: A rendering of the penthouse living room at 8899 Beverly.
Photo: 8899 Beverly
Next Post