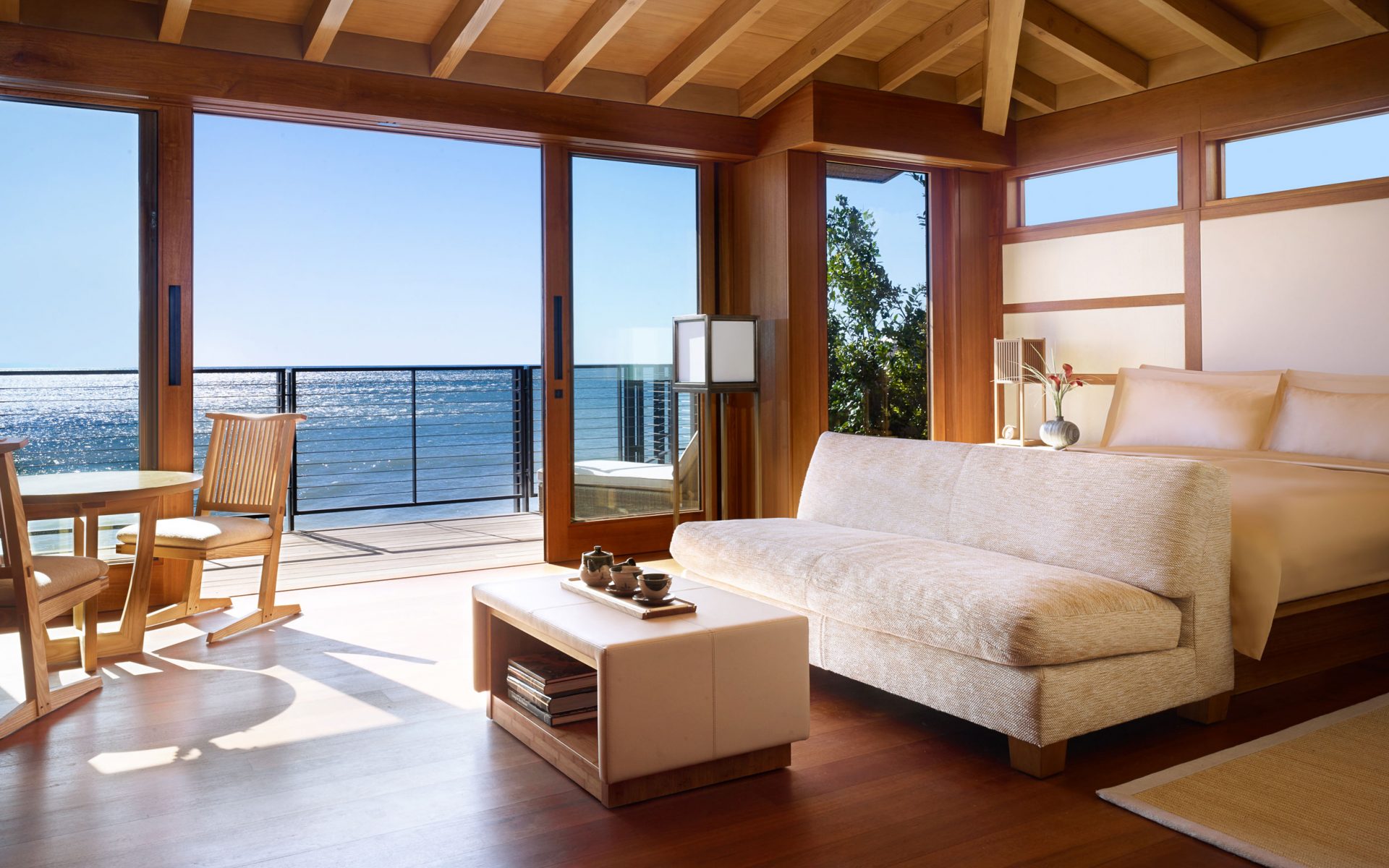 Nobu Opens a Ryokan in Malibu

If you’ve ever eaten at a Nobu and never wanted to leave, now there’s a solution. The global restaurant empire opened its third hotel in the U.S. this spring, a sleek 16-room property adjacent to its famed California beachside location. The new Nobu Ryokan Malibu, named for a type of traditional minimalist-yet-luxe Japanese inn, sits on a curve of the Pacific Coast Highway beside a popular beach. Robert De Niro and Larry Ellison are among the hotel’s backers. The serene rooms feature shoji screens, handsome bronze fixtures, and handcrafted teak soaking tubs in which to relax. noburyokanmalibu.com A beachfront room with a terrace overlooking the Pacific. Photo: Barbara Kraft Photography A Japanese-style soaking tub in one of the bathrooms. Photo: Barbara Kraft Photography The new lodge is situated adjacent to the celebrated Nobu restaurant, which opened in 1999. Photo: Barbara Kraft Photography The pool area is perched at the edge of the sea. Photo: Barbara Kraft Photography