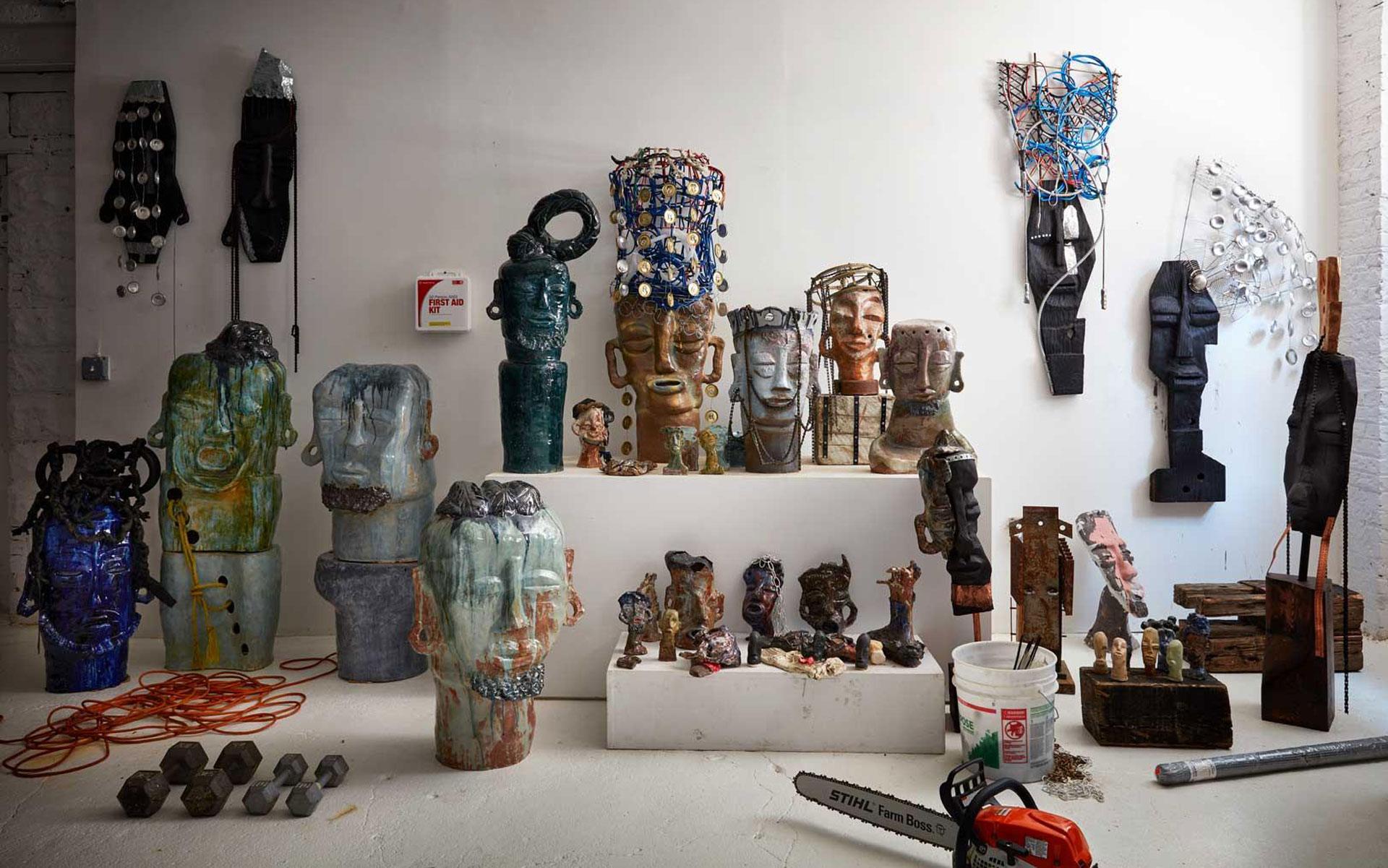 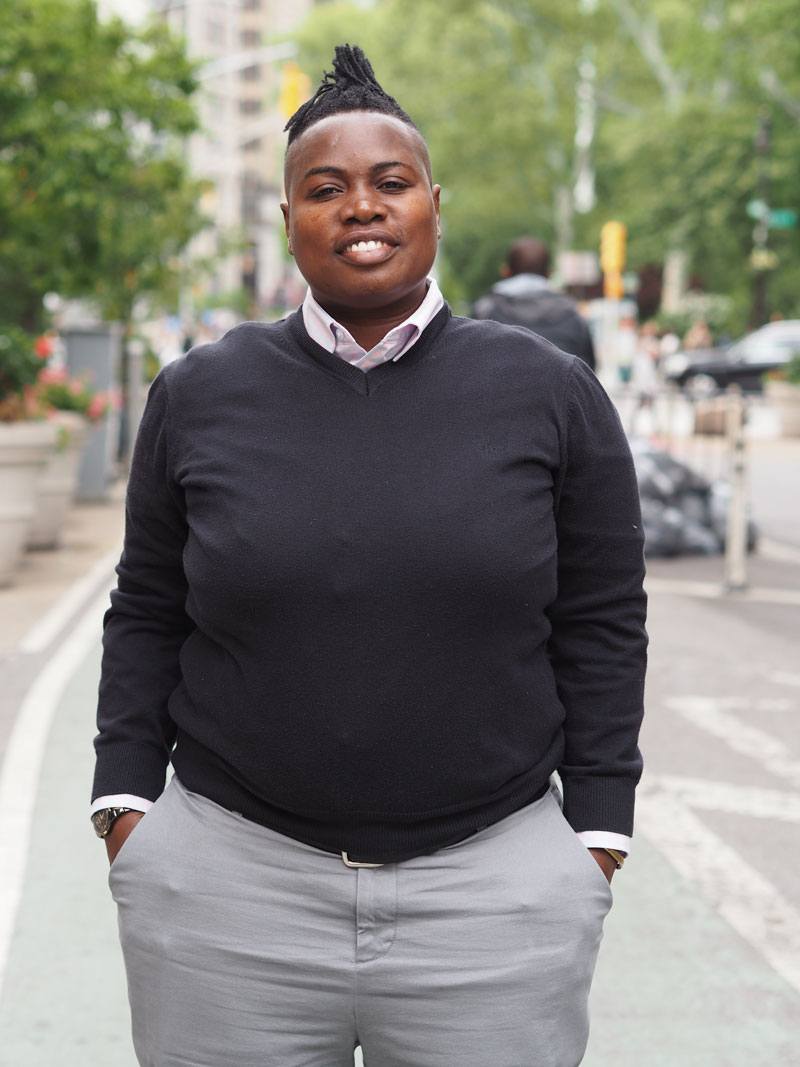 Sculptor Leilah Babirye transforms trash into a beautiful celebration of queer identity. Collecting debris from the streets of New York, she embellishes her totemic carved-wood sculptures and colorful glazed ceramic figures with crowns fashioned from wire and aluminum cans or elaborate braids made with inner tubes. Her use of rubbish is intentional—the pejorative term for a gay person in Luganda is ebisiyaga, which translates to “sugarcane husk,” something meant to be discarded.

Art as activism: Babirye was forced to flee her native Uganda and seek asylum in the U.S. in the face of anti-homosexuality discrimination and criminalization. She has since been taking the world by storm. “The characters in my work are human beings; they are the queer faces and transgender women who are in a period of transition,” says Babirye, whose recent exhibition at Gordon Robichaux in New York featured a new series that reimagines the Kuchu Clans of Buganda in her homeland as a queer community. “I am adorning them with beautiful things to show they are more than trash. They are kings and queens.”

Sourcing Materials: “There is a a big lumberyard near my studio in filled with recycled wood. I go there to select the pieces and then cut it into the forms I want. But sometimes, I can be just walking along the street and come across a heap of wires and I will immediately stop and call an Uber XL and take it straight back to my studio. Everything can be beautiful.”

Unique Process: “The way I work is to keep adding and subtracting and I sit with the pieces until I am satisfied.” 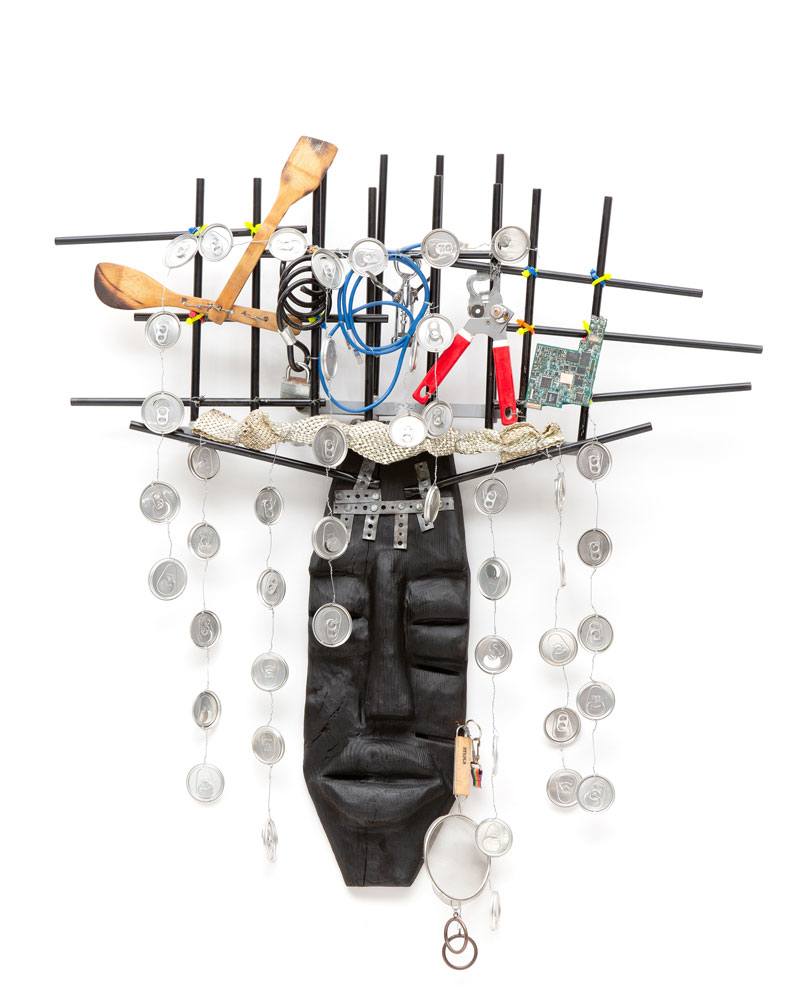 Up next: Babirye is preparing for a solo show at Stephen Friedman Gallery, London, in the spring. stephenfriedman.com 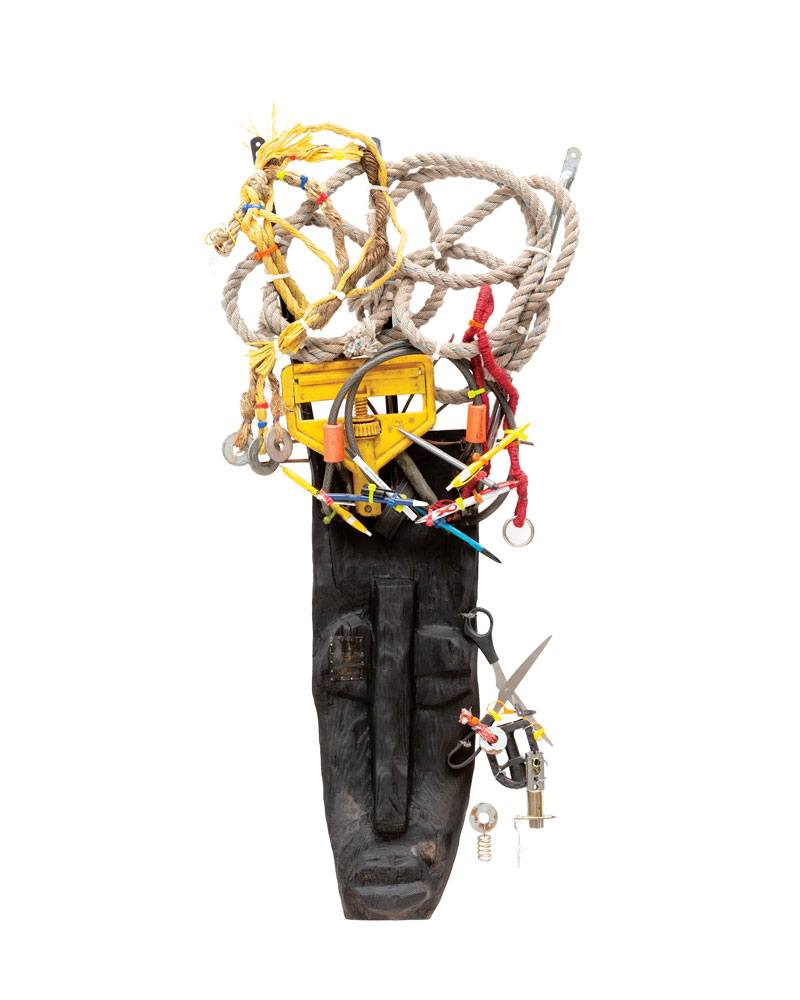 “I gravitate toward Leilah’s ability to create a sense of humanity through handmade sensuality and cross-cultural connection.”