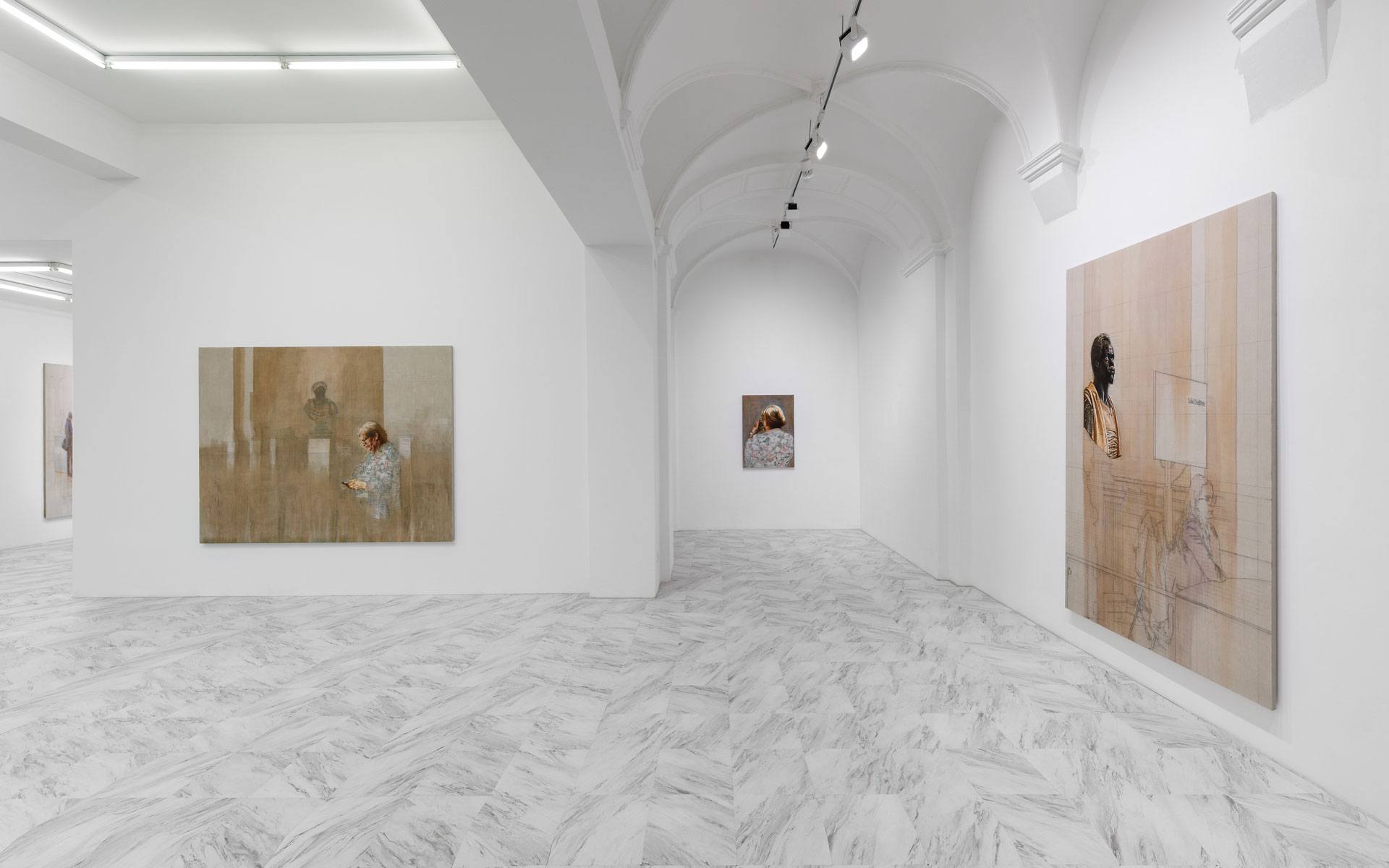 With his striking paintings, Jefferson shines a spotlight on the cultural mediation of race, identity, and power structures 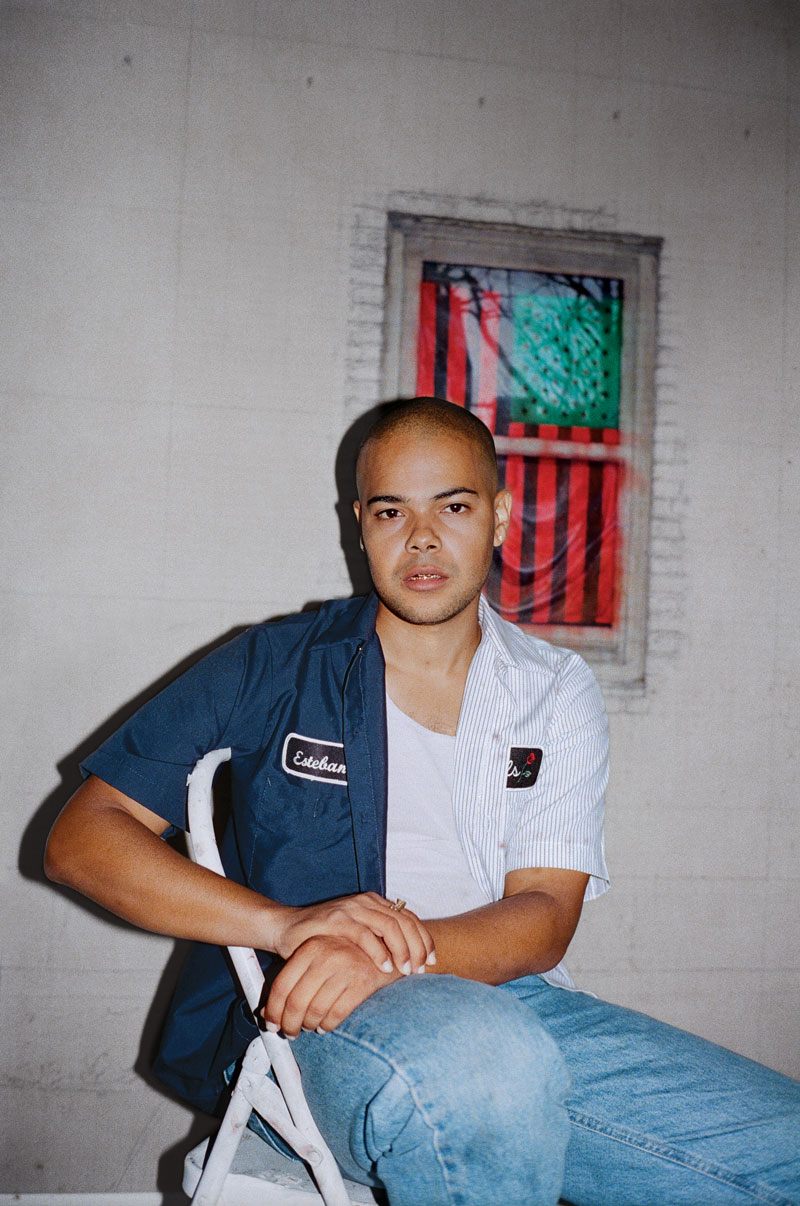 What role do museums play in perceptions of race and identity? What is it that imbues cultural objects with meaning and value? The young New York artist Esteban Jefferson has spent the past two years exploring these important questions with his striking “Petit Palais” paintings, which were recently on display at Tanya Leighton Gallery in Berlin. The series was inspired by a spontaneous visit to the Petit Palais museum in Paris, where he noticed two sculptural busts of African subjects haphazardly displayed behind the ticketing counter. Although the musuem’s European collection boasted well-researched provenance, the busts were simply identified as Buste d’Africain. “My long-term goal is to push the museum to rethink the way they are presented,” says Jefferson, who has since written to different departments to request more details. “The irony is that to me these two works are the most interesting on display.”

Unique Process: “The way the paintings are built up is pretty traditional: I grid the canvases out, and meticulously draw the image from a photographic reference. After that, I use house painting brushes and turped-out paint to create the washes that flow through most of the painting, before focusing in on that one part of the image that I want highly-rendered. I refuse to finish every square inch of the painting though,” says the artist of his intentionally raw style. “I stop working on the painting when I feel like it says everything I want to say and adding anything else would be superfluous.” 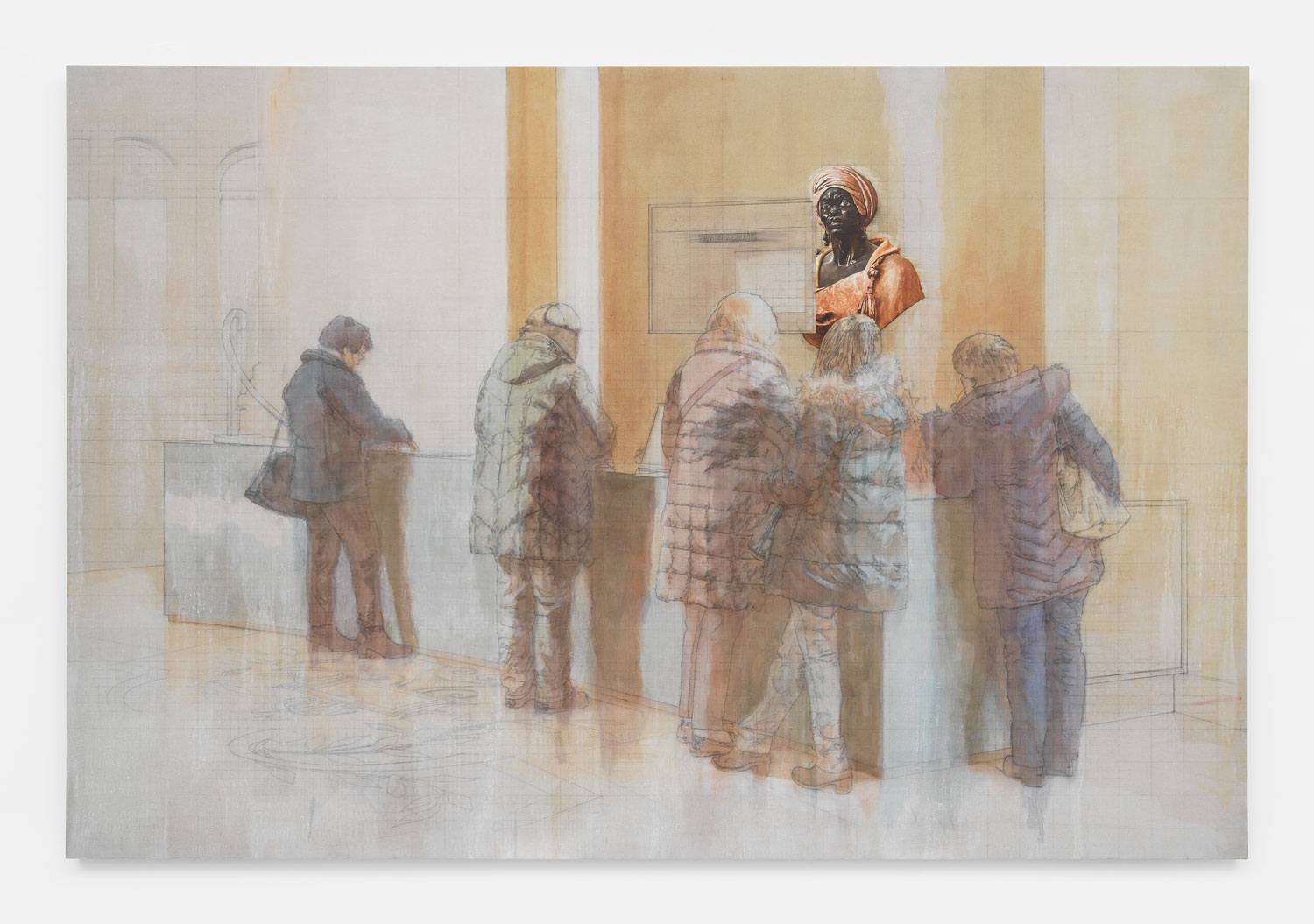 Inspirations: “Gerhard Richter is probably my favorite painter. I recently made a painting called Flâneuse (After Richter) (2020) that directly references his Betty (1988). Fred Wilson is also a huge influence for me, and there is undoubtedly a relationship between his Mining the Museum and my “Petit Palais” I’m inspired by the way that he has been able to actually intervene and re-curate museum displays, and that’s something I hope to be able to do too. And my favorite painting is Velázquez’s portrait of Juan de Pareja, and I go to the Met regularly to see it.”

Flâneuse (After Richter), 2020 Photo: COURTESY OF THE ARTIST AND TANYA LEIGHTON, BERLIN

“Rendering the figurative elements in his paintings with a deft touch, Esteban shines a spotlight on the cultural mediation of race, identity, and power structures.”

Flâneuse, 2020 Photo: COURTESY OF THE ARTIST AND TANYA LEIGHTON, BERLIN