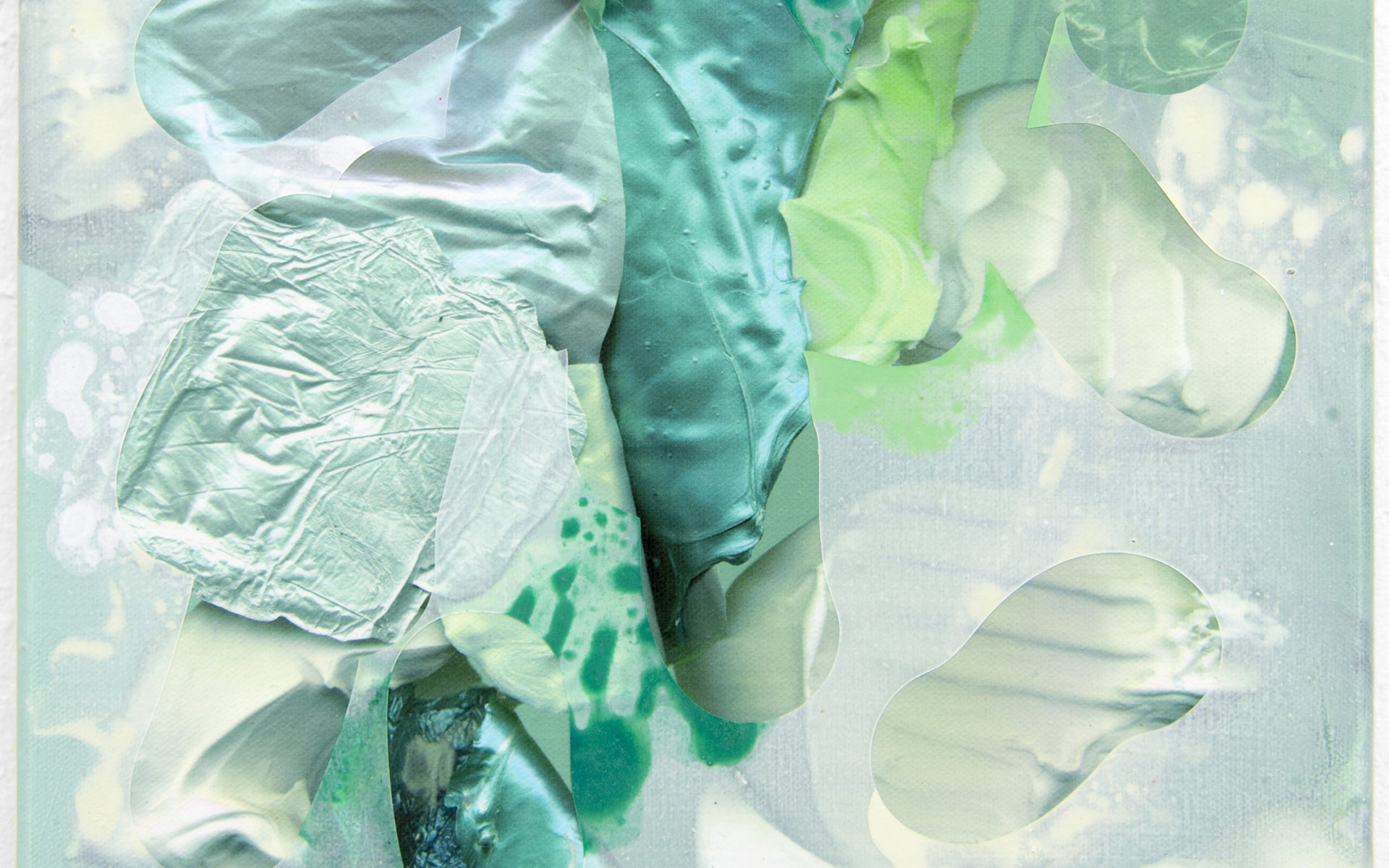 A solo exhibition at L.A.’s Luis De Jesus gallery puts the Vienna-based artist in the spotlight Andrew Hemer at an exhibition of his work at Bartley and Company art gallery. Photo: Lizzie Snow

What can a working artist do to stand out in an Instagrammed world? For André Hemer, it’s giving digital imagery a physical presence with paint. The artist’s process is complex. He forms paint blobs, scans them outdoors for unusual lighting effects, and then digitally prints those images onto canvas. After coating them with as many as eight layers of translucent or opaque paints, he binds the initial blobs onto the surface, producing gorgeous, intriguing, collagelike works that gleam with luscious hues and palpable paint.

Having shown widely in Europe and Asia, Vienna-based Hemer is now making a splash in the U.S. with his second solo show at the Luis De Jesus gallery in Los Angeles, from January 6 through February 10, 2018. (The gallery is also presenting his work at Untitled Miami, December 6 to 10.)

With more solo shows to follow abroad, including at the Kristin Hjellegjerde Gallery in London next May, Hemer is making a big impression on today’s art world. “I’m dealing with how a painting can make us think about the ways we see, and how that has changed drastically within the last decade, in the digital age,” he says. “I’m trying to create images in a much more handmade way—images that seem familiar but are distinct.” andrehemer.com