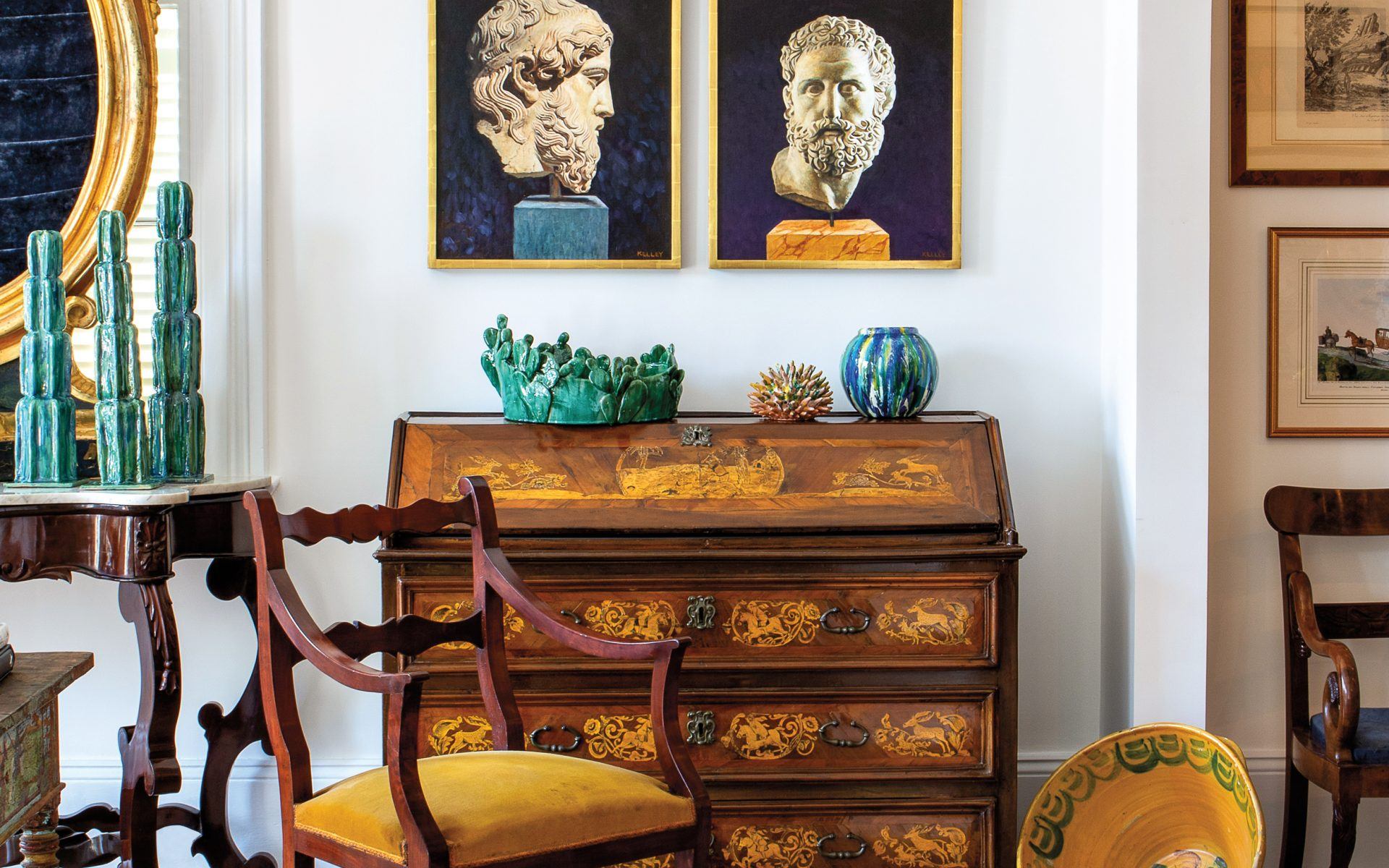 With its European flair and exuberant tendencies, New Orleans couldn’t be a more perfect setting for a store specializing in the art and design of Sicily. After 20 years of visiting the intoxicating island, designers and architects Bill Brockschmidt and Richard Dragisic opened Sud in November on a stylish stretch of Magazine Street, a thoroughfare known for design shops loyal to French antiques and a smattering of chic boutiques.

The inventive space, which plays on its classic double-shotgun New Orleans architecture enhanced with palazzo-inspired touches of trompe l’oeil, also houses the design offices of Brockschmidt & Coleman, which has expanded from its original New York location. “There’s a strong but unsung Sicilian cultural component in New Orleans dating back over 100 years,” says Brockschmidt. “In both places, things aren’t about perfection—it’s more about life.” A version of this article first appeared in print in our 2019 Winter issue in the section The Artful Life. Subscribe to the magazine.