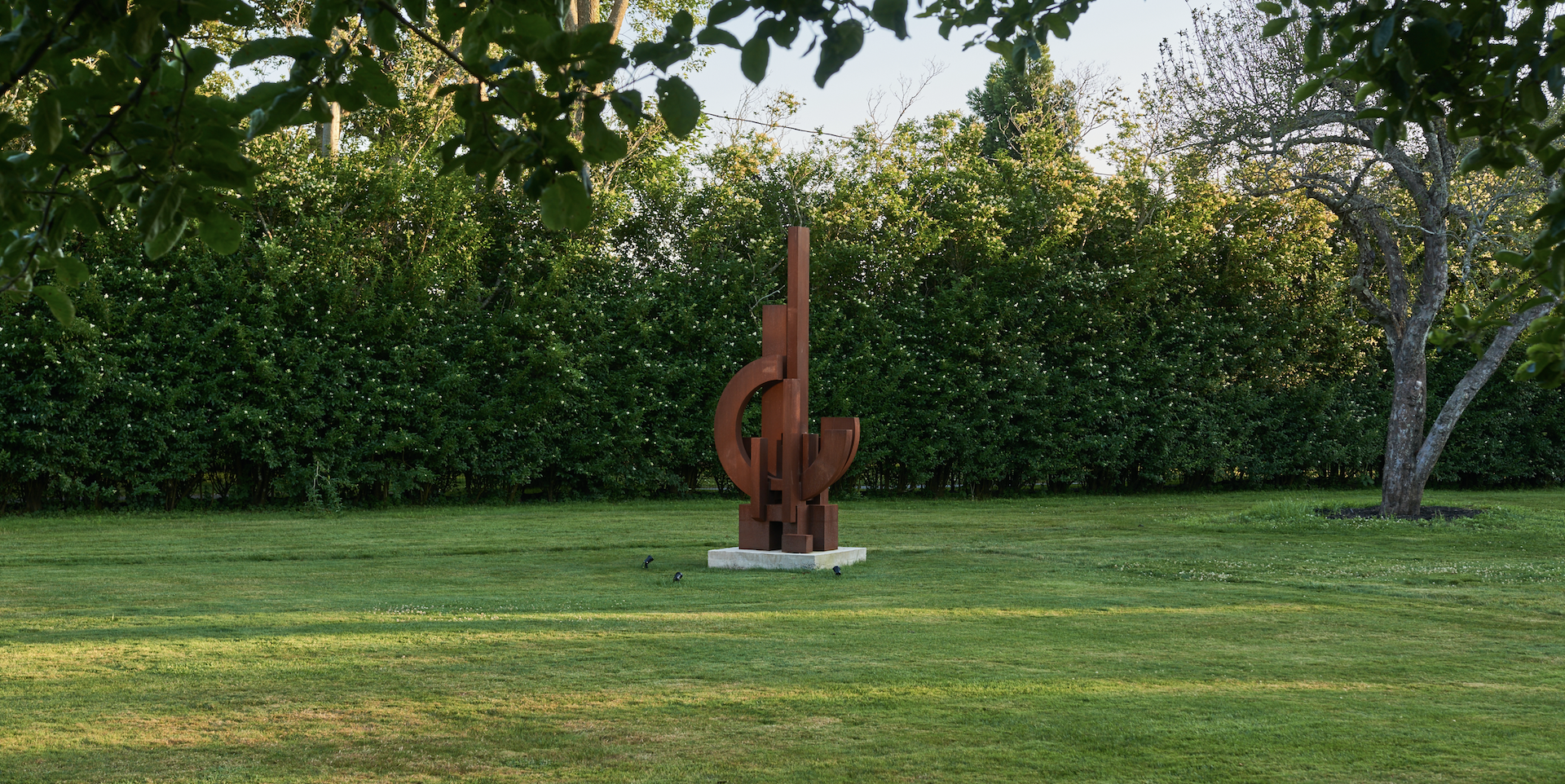 Why You Need to Visit Maison Gerard’s Hamptons Sculpture Exhibition

It’s not easy to improve upon the beauty of the lush, rolling lawns and sweeping beach views of Southampton, New York. But from July 22 to August 26, Benoist F. Drut, principal of New York City design gallery Maison Gerard, has done just that. At the renowned Grosvenor Atterbury Mansion, owned by Michael Bruno, Drut has curated a dreamy installation of 18 sculptures by sculptor Marino di Teana, an Italian-born artist who practiced in France from the 1960s until his death in 2012. The living room with a coffee table by Marino di Teana and other pieces from Maison Gerard. Photo: Michael Mundy

The show, titled “A Lifetime of Passion and Expression,” is designed to be experienced in several distinct phases. “First, you discover the house by stepping into the living room. It’s very Grey Gardens with the broken windows and ivy creeping through,” explains Drut. Here visitors will find a selection of coffee tables by the artist and the 18-inch stainless steel Hommage à Lao Tseu (a larger version is displayed in the Centre Georges Pompidou in Paris). The next phase is a gallery with gray-painted walls and smaller sculptures on plinths. Outside in the gardens, a striking glass water fountain sculpture and a series of monumental works crafted out of COR-TEN steel ornament the estate’s sweeping five acres. To create the ideal backdrop for the outdoor pieces, designer Kimberly von Koontz planted over 30,000 seeds to create a blanket of white flowers with a sprinkling of red, and a “geometric carpet” of manicured grass cut short like a putting green. Drut first became enamored with the artist’s work after visiting his studio in Périgny, France, which is meticulously preserved by di Teana’s son. “What struck me initially is that each artwork is equally as impressive whether on a small or a large scale,” recalls Drut. This unique skill stems from di Teana’s training as an architect in Buenos Aires, and that each sculpture study was also a plan for a possible building or town plan. Over his career, he created over 50 large-scale public works in Europe. Standing at 69 feet tall, Liberté, for example, was built for a square in Fontenay-sous-Bois in 1989, and until recently was the tallest steel sculpture in Europe. Its scaled-down version on display in the Hamptons is equally impressive. “Liberté is very tall and lyrical with lots of negative space. There’s an unfinished circle that your eye travels through.” All this, while listening to gentle crash of the nearby ocean waves. The installation will be open to the public by appointment. 199 Coopers Neck Lane, Southampton, New York. maisongerard.com