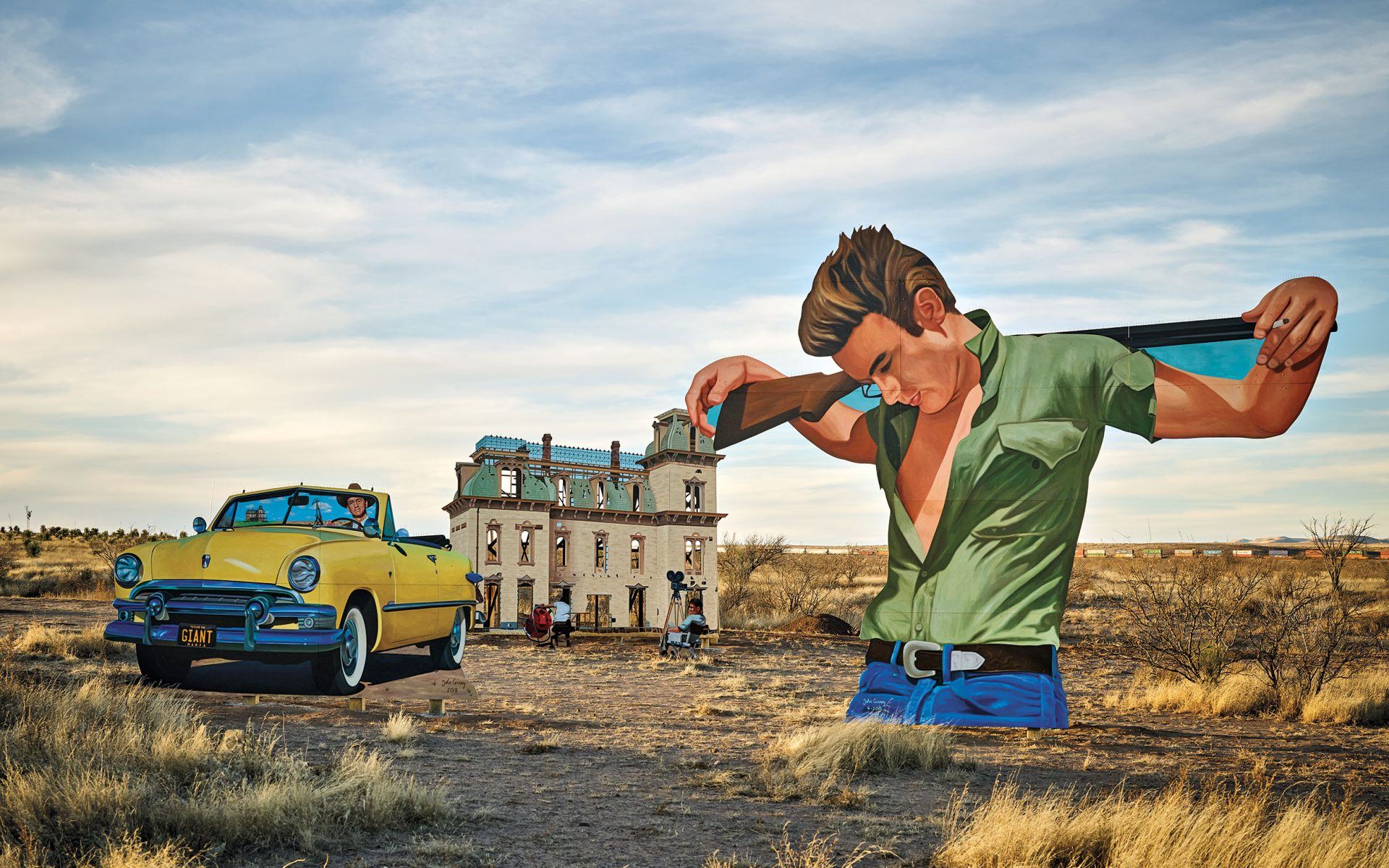 The latest art additions to Marfa are John Cerney's larger-than-life plywood murals based on the James Dean film *Giant*, shot there in 1956.
Photo: Douglas Friedman

In the remote West Texas desert town, ten galleries will present work by just one artist for an immersive experience Nestled among a vast expanse of desert in West Texas, the tiny city of Marfa has been an unexpected arts hot spot ever since New York artist Donald Judd set up shop there in the 1970s. This April, design connoisseurs will have another reason to visit when the Marfa Invitational, Marfa’s first art fair, debuts.

“The fair is conceived as an antidote to the peripatetic pace of gallery-hopping and the circus-like atmosphere of today’s mega art fairs,” says founder Michael Phelan, who first visited in 2005 and later transformed the town’s original Mobil station into a 4,000-square-foot art gallery dubbed United Artists Ltd. Phelan, an artist, then joined forces with New York gallerist Melissa Bent—now his wife—to create a unique, immersive art fair experience. Running from April 4 to 7, the Marfa Invitational will feature ten handpicked galleries, ranging from smaller spaces like James Fuentes and Half Gallery to the more established Nino Mier and Marianne Boesky, each presenting a single artist’s work at the Hotel Saint George. “Here, time moves at a different speed,” says the photographer Douglas Friedman, who is on the board with other industry luminaries, including artist David Salle and art adviser Kimberly Gould. “It’s such an amazing place to experience art—you’re never rushed.” A version of this article first appeared in print in our 2019 Spring Issue in the section The Artful Life. Subscribe to the magazine.

Cover: The latest art additions to Marfa are John Cerney's larger-than-life plywood murals based on the James Dean film *Giant*, shot there in 1956.
Photo: Douglas Friedman
Next Post