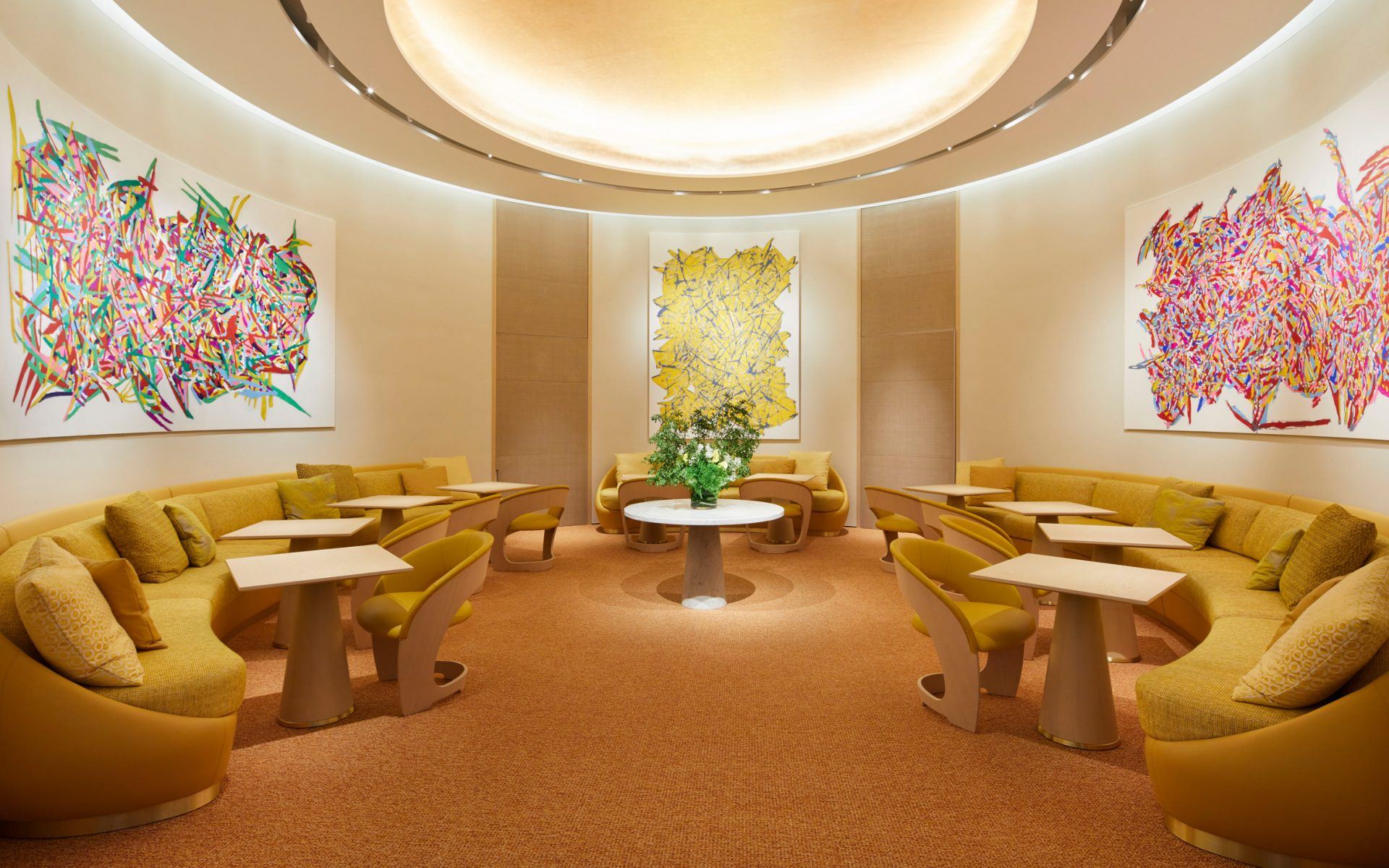 Louis Vuitton is venturing into the culinary arts for the first time with the opening of its spectacular Maison Osaka Midosuji in Japan. Perched atop the flagship store—designed by architect Jun Aoki with interiors by Peter Marino—Le Café V and restaurant Sugalabo V will welcome guests starting February 1. Both dining experiences have menus curated by chef Yosuke Suga, a protégé of the late culinary legend Joël Robuchon.

Le Café V will include a spacious outdoor terrace, cocktail bar, and oval-shaped “cocoon room” that will be open both day and night. Tucked behind a speakeasy-style door in the bar area is Sugalabo V, a restaurant that will be available only to a handful of select diners each evening. The eatery is modeled after Suga’s mysterious Tokyo hot spot, Sugalabo—open strictly to those who have been introduced by a previous patron of the establishment.

Marino continued this theme throughout the four retail levels, designing the interiors to feel like the inside of a magnificent yacht with traditional Japanese woodwork and origami washi paper. In addition, the store features 20 contemporary artworks by the likes of Vik Muniz, Polly Apfelbaum, and Gregor Hildebrandt.

Take a tour of the dazzling space below. The terrace area off of Le Café V on the top floor of the maison. Photo: Courtesy of Louis Vuitton